Now in his tenth decade, Frank Gehry has just completed Louis Vuitton’s new flagship store in Seoul, on the prestigious Cheongdam-dong avenue in the Gangnam neighbourhood. Numéro spoke to the legendary architect about his latest creation – a diaphanous wave of glass floating above a cube of stone – which opens with a display of work by Alberto Giacometti. 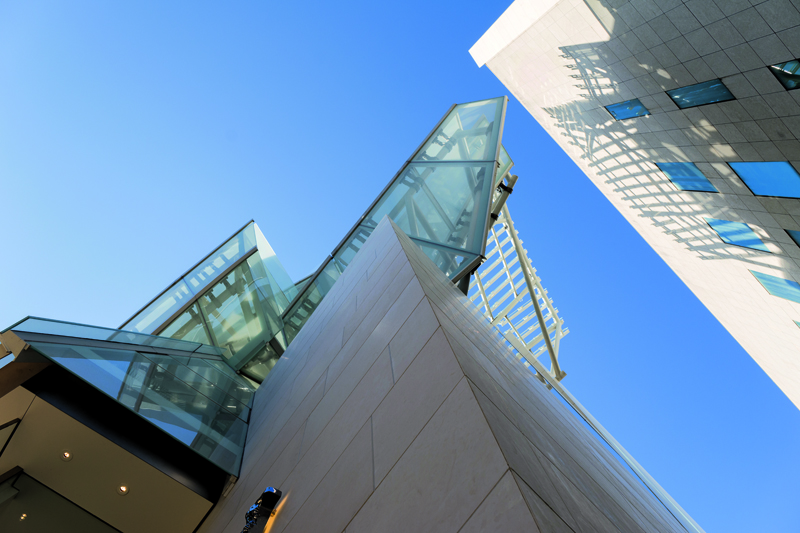 Numéro: What were your inspi- rations when designing the new Maison Louis Vuitton in Seoul?

Frank Gehry: If you want to know my big inspiration, you’ll have to go back to the 5th century BCE, which is when the Charioteer of Delphi was made. It’s a sculpture I discovered when I was maybe 40 or 45, at the museum in Delphi, and it brought tears to my eyes. I was totally over- whelmed by the idea that over 2,500 years ago an artist was able to make a work that could still touch me to- day, one that had the power to so deeply express sensations and feel- ing through nothing but the material it is made of. That was my starting point: a material that has been shaped in such a way as to be capa- ble of conveying emotion.

Like at your Fondation Louis Vuitton building, you’ve used a wave of glass in Seoul, and yet the context is completely differ- ent to the woodland setting of the Bois de Boulogne in Paris.

In Paris, the way I came to use glass was circumstantial. Originally, we weren’t allowed to construct a build- ing the size of the current Fondation in the Bois de Boulogne. But I met the mayor of Paris and convinced him that there was a long tradition in Europe of building with glass in parks. So glass was used there as the solution to a problem of a prac- tical nature. But the problem with glass for that particular commission is that you can’t hang pictures on it. So I imagined combining two build- ings: the first with walls, and the sec- ond which enveloped the first in glass. The constraint of a double skin soon turned out to be an advan- tage: the space in between offered the possibility of showing works out- doors, under the glass, as well as of enjoying splendid views out over Paris and the Bois de Boulogne. And of course afterwards I wanted to carry on exploring the possibilities of glass, particularly in Seoul.

Did the Korean context prompt you to explore other materials?

Initially I envisaged a specific design that responded to its surrounding environment. But buildings change here all the time, and you find every style possible in the neighbourhood. So I allowed myself to do something different that didn’t particularly re- spond to the surroundings. I wanted the building to form a lantern on the street. And then came the idea of showing artworks: exhibiting art in a shop without insulting the art. That was the major challenge. 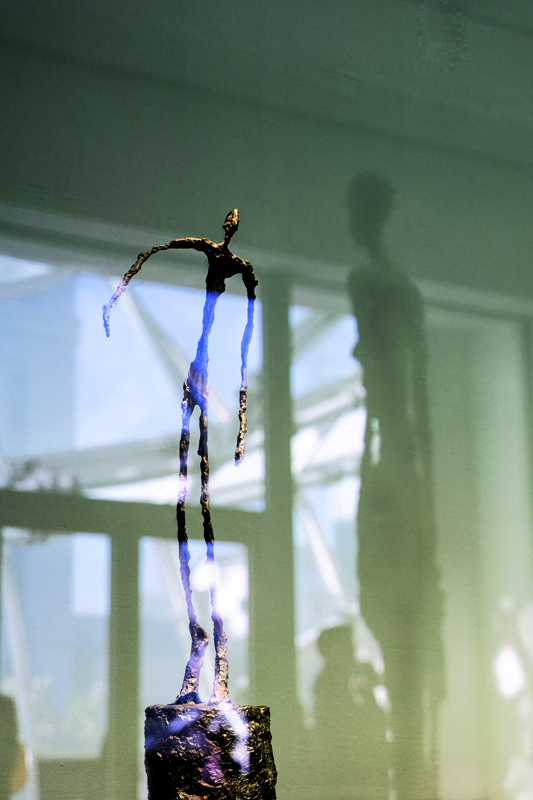 So you designed a glass struc- ture which envelops the upper floor of the building, where sculp- tures by Giacometti are currently being shown. The works seem to advance towards the terrace underneath this undulating glass roof. Is it true that you were inspired by traditional Korean dance for the movement of the glass roof?

My interest in Asian dance began via Japan. When I was young, a long time ago, I joined UCLA’s gagaku orchestra [music, song and dance from the Japanese court]. To be hon- est I’m not a musician, but I was able to bang on a gong. In gagaku, the music, the costumes, the dancing and the movement form a whole. When I was studying architecture, I wondered what might express our contemporary culture – and the an- swer was movement. All around me there were only cars, ships and air- planes. That’s how the idea was born of expressing movement in a building, of having these draped façades. And I think that, subcon- sciously, the figure of the fish, which is very important to me, also embod- ies this idea of movement.

Can you remind us how you came to adopt the figure of the fish?

Early on in my career, it was all about Postmodernism. Architects were coming back to ancient forms like the temple, not literally, but by using columns, for example. During a lec- ture, I got mad at those architects: “If you’re going to go backwards, why not go further than Greek cul- ture? Let’s go back to the origins of life. To fish!” I began designing fish after fish, and people started calling me the “fish man.”

What’s your view on Giacometti’s sculptures, which are currently being exhibited in the all-glass space you created?

Since the Charioteer of Delphi, many artists have tried their hand at bronze, but very few have reached the level of excellence that allows the expression of feeling. Picasso got there. Matisse too. And Alberto Giacometti as well of course. There’s nothing simple about bronze. Take Willem De Kooning’s Clam Digger: the plaster sculpture will move you to tears, but when it was transposed to bronze, all was lost. More or less the same thing happened with Henry Moore. Like Giacometti with bronze, the essential goal of my work is to make sure that glass, wood, stone or steel express a feeling. 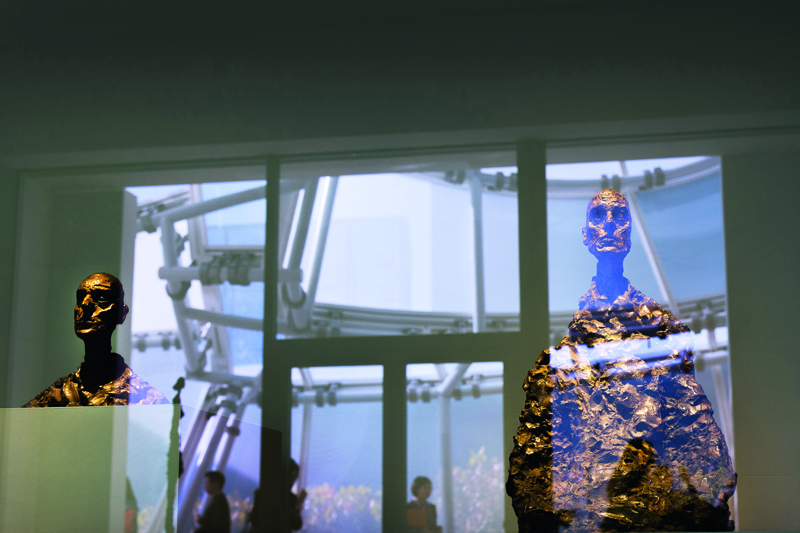