The Orum Residence, a UFO in Bel-Air

Dominating the whole of L.A., this sumptuous new villa offers a panoramic view that embraces everything from downtown to Santa Monica, and from Century City to the the ocean. Perched like an alien craft on its hilltop, the house was built by local firm SPF:architects. 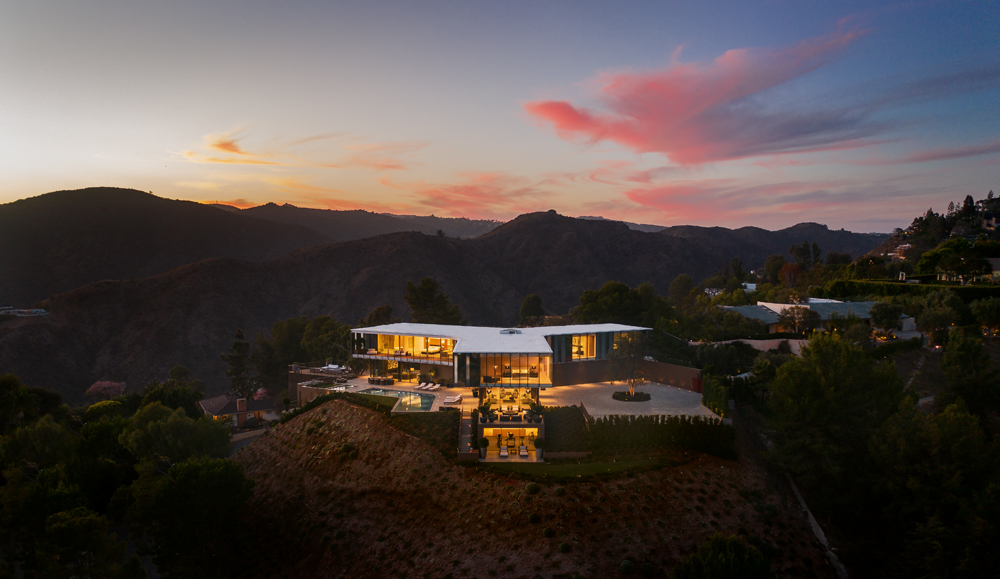 An alien craft has landed on a hilltop in Bel Air, Los Angeles. Or, more accurately, a strange villa in the shape of a three-blade aeroplane propeller. The Orum Residence is the latest creation of developer Duangpatra Bodiratnangkura – the great-granddaughter of Thailand’s first property magnate, the late great Nai Lert Sreshthaputa – who’s been active for a number of years now in the City of the Angels. Completed in 2018, after four year’s work, this capacious villa – its accommodation is spread over a total of 1,750 m2 – was built by Californian firm SPF:architects, founded in 1990 by Zoltan Pali and Judit Fekete-Pali and based in Culver City, between downtown Los Angeles and Santa Monica.

Zoltan Pali says he was “greatly influenced” by the work of two men: Craig Ellwood, Angelino starchitect of the 1950s and 60s, and our era’s Renzo Piano, in particular with regard to the rigour in his details.

Located just a stone’s throw from the Getty Center, the hilltop site is most definitely blessed by the gods with its panoramic views over the whole Los Angeles basin. The brief was clear: “The client wanted a luxurious house where she could throw large events and host her extended family, but she also wanted it to feel welcoming,” recalls Pali. “She wanted it to be a model of light, air and openness, but also of comfort.” Which is what inspired the idea of the threeblade aeroplane propeller, since it best allowed the programmatic requirements to be respected. “Initially,” Pali continues, “we imagined a crossshaped plan with four arms at right angles, but we soon realized that a system with three wings not only allowed the building to open up better onto the different viewpoints, but also generated, in between the wings, exterior spaces that were much more interesting and varied, such as the entrance court, an entertainment court, with its outdoor pool, and a family court, which is quieter.” 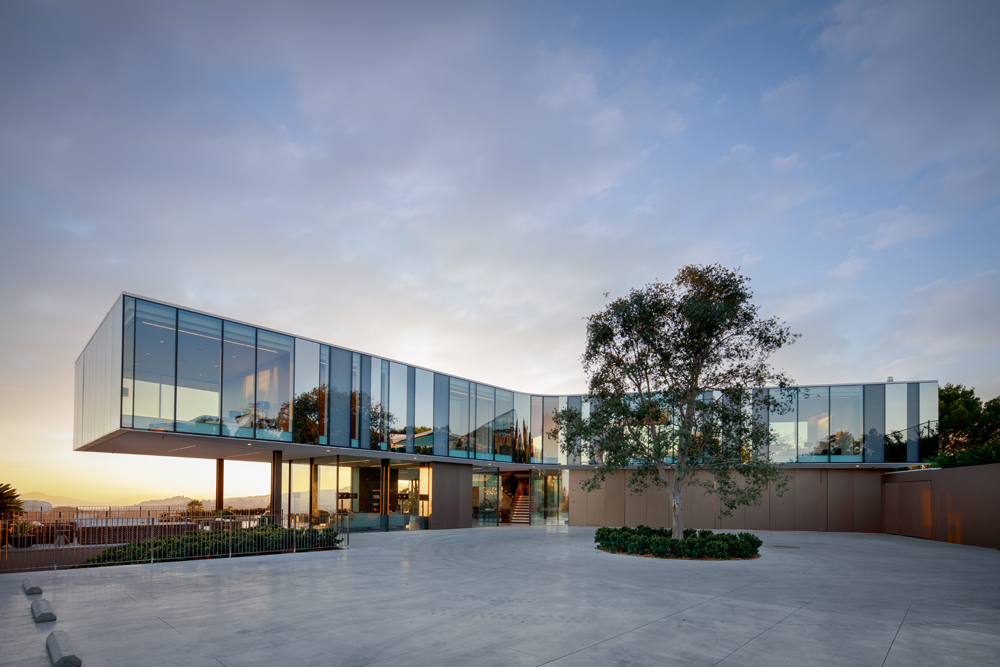 Accommodation at the villa is spread over three levels. In the basement are a cinema, a gym, a spa, a sauna and a service kitchen, not forgetting a wine cellar large enough to accommodate some 1,000 bottles. On the ground floor, besides a vast garage, one finds the entrance hall, living room, sitting room, dining room, and the main kitchen. Finally, upstairs, are the bedrooms – master, children and guest – as well as a whole bevy of bath- and dressing rooms. In addition, half buried, is the Cube, which can serve either as a guest house or for staff, and is entirely autonomous.

While designing the house, says Pali, he was “greatly influenced” by the work of two men: Craig Ellwood, Angelino starchitect of the 1950s and 60s who built a number of emblematic Modernist villas; and our era’s Renzo Piano, in particular with regard to the rigour in his details. Like many Piano buildings, the house is in steel, but its internal walls are in wood or marble. Floors are in stone or wood, and all the closets are in wood too. As for the façade, it features countless panes of glass as well as aluminium panels. 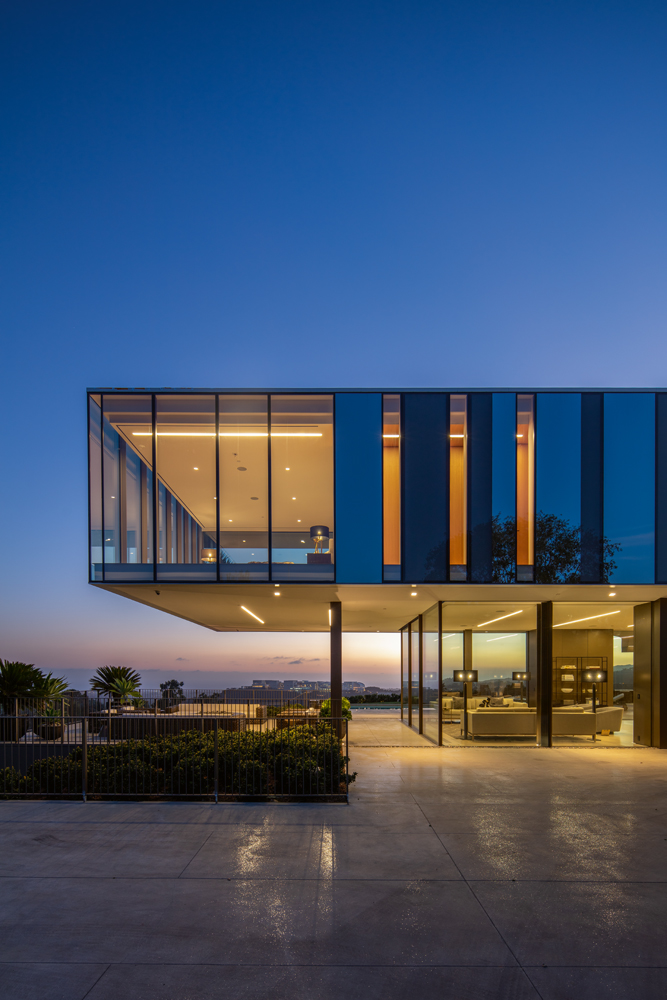 A crucial element was the handling of daylight. “The wings are narrow, no more than 8 m wide, with wall-to-ceiling glazing on either side, so the interior is flooded with light,” explains Pali. “Moreover, above the central node from which each wing radiates and which contains the main staircase, we installed a large skylight. That way natural light is brought right into the heart of the accommodation.” As one would expect, the glazing is highly sophisticated and features five different widths of glass treated in four different ways – mirrored, opaque, translucent and transparent – with all UV radiation blocked. The result is a varied, shimmering, visually shifting skin that wraps itself around the building.

As a result, the link with the surrounding landscape is extremely strong, and the client’s desire to make the most of the views has been more than respected. The north wing looks out over downtown L.A., the southeast over Century City, while the southwest wing is oriented towards the Getty Center and Santa Monica beyond. From the first-floor continuous balcony, the gaze travels, nearly without interruption, all the way to the Pacific Ocean.