A couture castle for Yves Saint Laurent in Marrakech

5,000 garments, 15,000 couture accessories, tens of thousands of drawings – the Fondation Pierre Bergé-Yves Saint Laurent is at last unveiling its treasures with the opening of two museums: one in YSL’s former parisian ateliers, the other in a brand-new building in Morocco. Numéro art caught up with architects Olivier Marty and Karl Fournier – aka Studio KO – who have built a sumptuous brick palace in Saint Laurent’s cherished second city, Marrakech. 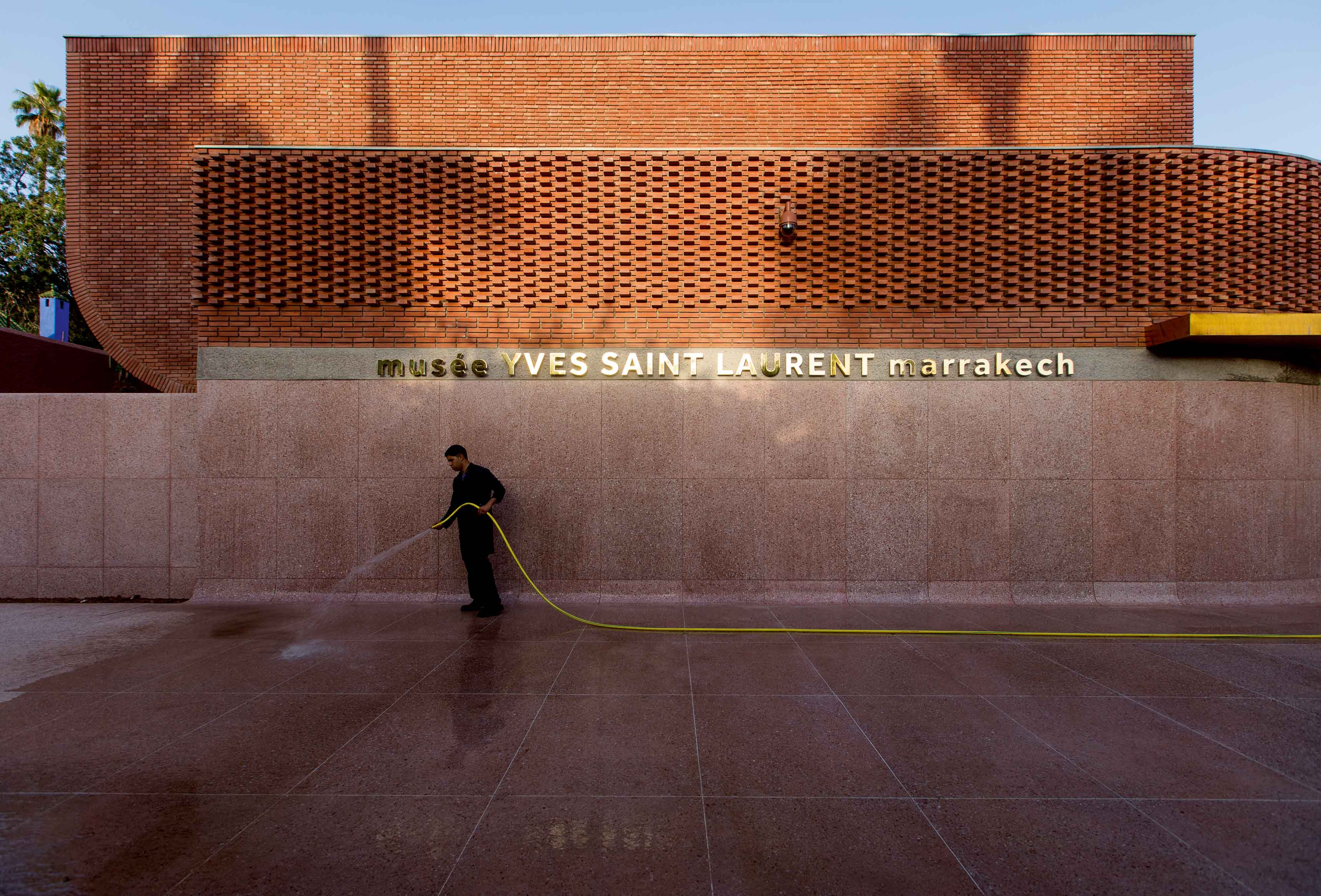 Numéro art: How did you approach designing a museum dedicated to the work Yves Saint Laurent?

Studio KO: We imagined it as an interpretation of clothing: like a lined garment, the interior and exterior are different. The outside is ochre, while the inside is dressed in white, apart from the galleries which are black. The exterior, made of raw brick, is completely opaque. The interior draws in light via two patios, one walled with glass, the other with glazed brick.

Are there any connections between fashion and architecture?

While a wealthy woman buys herself a designer handbag, the heads of big brands buy themselves designer buildings, generally a museum. But for the Musée Yves Saint Laurent, Pierre Bergé made it very clear that the last thing he wanted was an architectural gesture.

For the first time in your work you’ve used curves.

Yes. We didn’t use curves before because we weren’t comfortable with them. But clothing has to have curves for flexibility. That’s why you find them generating several spaces in the museum. On the outside, the terrazzo flows up from the floor to the walls via a curved junction, like the fold in a cape trailing on the floor. To bring a certain formality to the building, we reinterpreted a pattern we’d found in the archives: an armhole hand-drawn in chalk by Saint Laurent, in other words the shoulder-sleeve junction. It hit us like a thunderbolt. Laid out flat, it was like an open book, almost an architectural drawing. It showed very simply how to link a curve or multiple curves – the shoulder – to a straight line – the sleeve.

Yes, we envisioned the brickwork like a fabric weave. Each volume has a different motif. In places the loosely spaced bricks form screens that let in light like mashrabiyas.

Which architects have influenced your work?

Two architects are very important to us: Peter Zumthor and Valerio Olgiati, both Swiss and both contextualists. Zumthor is a great writer. We had the chance to visit his baths in Vals – a breathtaking experience. With Olgiati, it’s the formal intelligence and dexterity that we admire. Jean Nouvel is also a great influence, especially his 2005 Louisiana Manifesto in which he says, “Each new situation requires a new architecture.” That sentence was an electroshock that still informs our work. 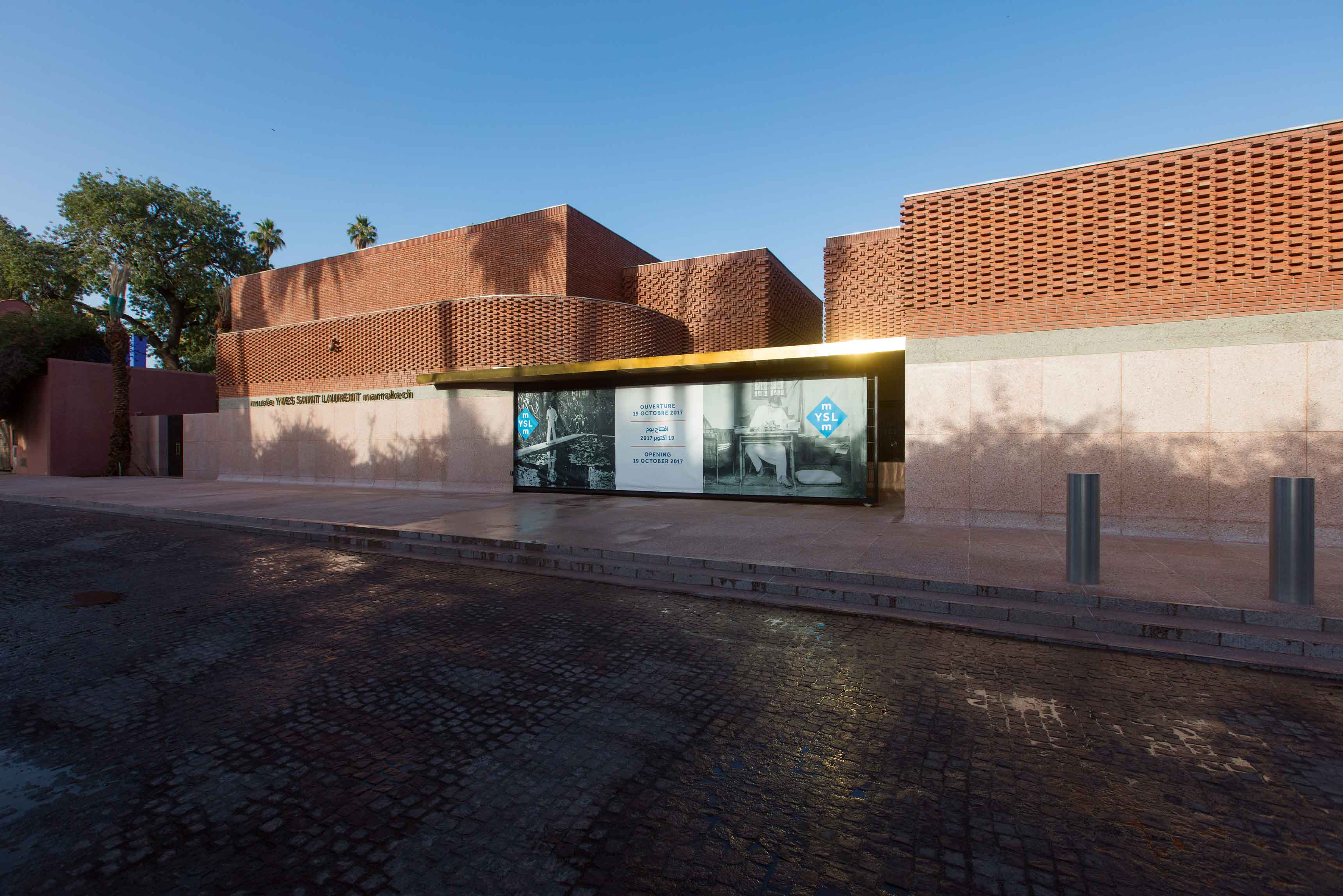 Context seems to be the driving force of your practice.

Context is primordial; each building should be different and impossible to replicate elsewhere. Each site possesses its own climate, colours, topography and archaeology. We always ask ourselves how a building will sit in the landscape. In Marrakech, earth is very present, which is what inspired the choice of brick, a local material that reproduces the city’s ochre colouring.

“The past is a great source of inspiration. Just look at Saint Laurent: he hated travelling, but was inspired by his constant reading.”

Are there any artists who inspire you?

You have to look at other disciplines to enrich your work, and art can transform your vision. We love James Turrell, for example, whose light and optical effects have directly influenced us. Yto Barrada’s films and photos about urbanism in Tangiers also speak to us strongly. We’re very impressed by Axel Vervoordt’s work at the Palazzo Fortuny in Venice. There’s always a dichotomy between architecture and decoration that can be difficult to bridge. Few can combine contradictions like Vervoordt does, and for us it’s very reassuring. His daring mix of disciplines, eras and civilizations has taught us a certain liberty.

Are there materials you particularly fetishize?

Our materials are mostly traditional: steel, marble, wood, concrete, stone. We’re not trailblazers or experimenters. The past is a great source of inspiration. Just look at Saint Laurent: he hated travelling, but was inspired by his constant reading. And no one can say his output wasn’t modern. Look at his vestal dress – what modernity!

That’s the goal, but there are no recipes. It often comes from a subtle equation between space and light. Recently we visited Tadao Ando’s Chichu Art Museum in Japan, where Walter De Maria’s Time/Timeless/No Time fills an entire room. An enormous granite sphere, it seems ready to crush you. The rough cement walls and vertical light are essential to the effect: you really feel you’re in a cathedral. 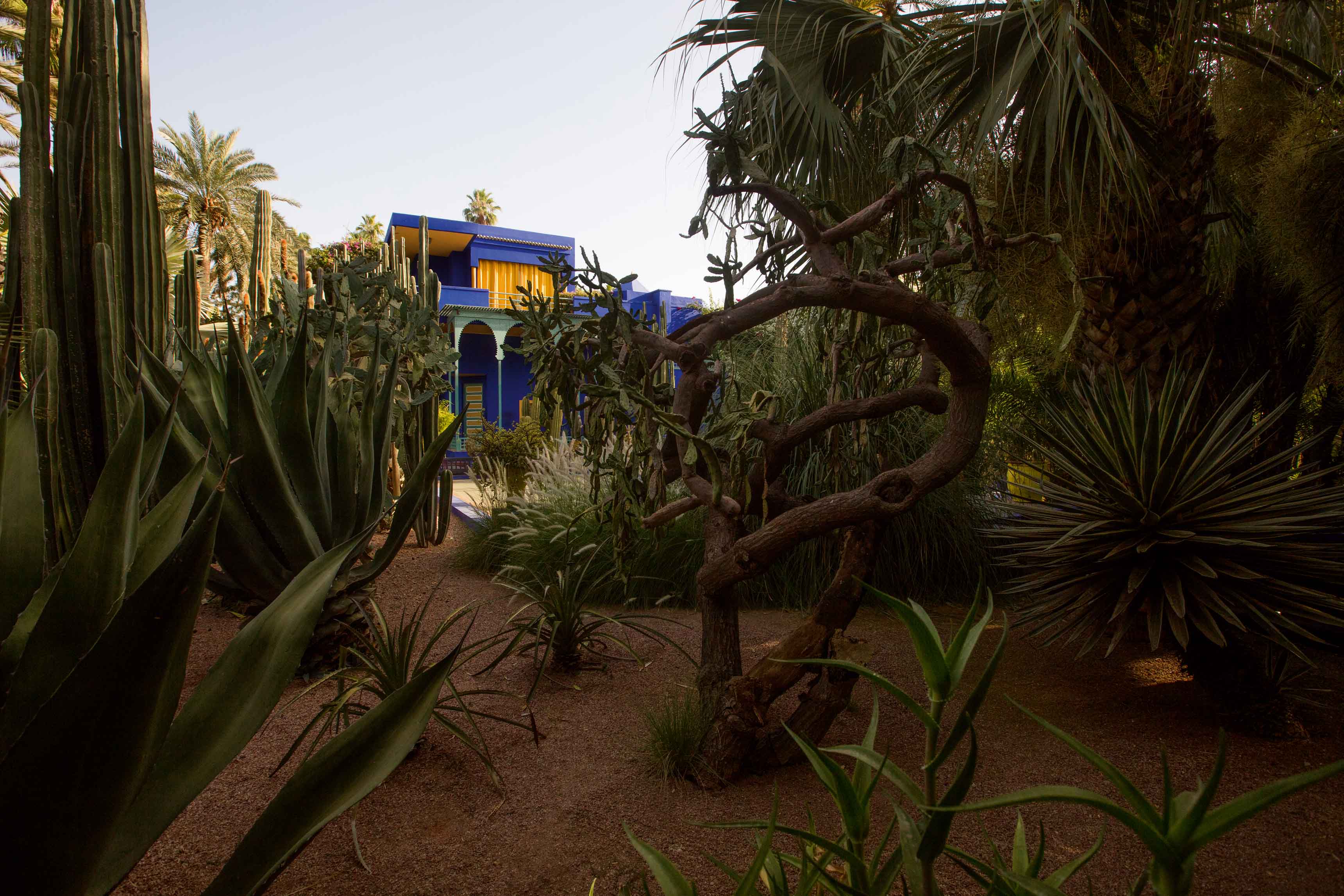