Numéro pays her tribute by publishing her last interview with the magazine.

Numéro: When you were studying at the Architectural Association in London, you said, “I’d like to open a door to a world that has yet to be invented.” Since that time you’ve invented a whole new typology of museums…

Zaha Hadid: Back then my professors pushed me to look at and then decipher what wasn’t obvious. That made, in a way, for a sort of teaching of “new frontiers”: there had to be another world, other formal possibilities. I was obsessed with the desire to continue and complete certain Modernist projects that had ended so abruptly with the Second World War. The 1970s and 80s were marked by historicism and rationalism, and I didn’t think back then that by pursuing my research I could discover “another world.” But being able to create my own repertoire was exciting and absolutely decisive – discovering and imagining techniques, inventing new formal qualities. I was studying a new subject, one that I was constructing as I defined it.

Which museum would you say has had the most influence on you?

The New York Guggenheim has had an incredible influence on me. Frank Lloyd Wright was a visionary, and created a path that connects the museum to the exterior and defines its circulation. The route through the building, on a vertical spiral, really allows you to see the works, to contemplate them in three dimensions and to rediscover them in a completely different way. With Wright, the museum becomes continuous, the starting point for a promenade. And the Guggenheim finally escaped from those enfilades of rectangular rooms, without perspective or depth, that characterized the aristocratic palace. He experimented with light and movement, allowing for the greatest possible number of people. Exhibitions can be hung in front of everyone: the museum comes to life, like a body in motion. In a similar vein, the Heydar-Aliyev Centre [Baku, 2007–12] frees itself from the straight wall. We removed as many visual cues as possible so that you float in an optical white world.

At the Architectural Association, we were always made to question categories, to look for new ways. What if architecture had no front or back? Or no doors, no rooms and no ceremony? It’s at this moment that the freedom to invent new spaces emerges.

Networked, transportable, pop-up, vertical… The museums you’ve designed are all very different from one another. Do you deliberately seek to free yourself from all previous museum typologies?

Addressing the museum as an object doesn’t strike me as being the right approach. On the contrary, you have to step away from the object to enter into the field. The museum is a field of exploration: it must delimit a landscape. You have to transgress the categories. The MAXXI [Museo Nazionale delle Arti del XXI Secolo, Rome, 1998–2009] is made up of layers and converging lines. It’s an “open” museum which plays on the idea of networks, of connection-disconnection. It multiplies the visitor pathways and the routes through it. You have to defy this obsession with typology. The Modernists attacked it, and then architects recreated a new form of typology. At the Architectural Association, we were always made to question categories, to look for new ways. What if architecture had no front or back? Or no doors, no rooms and no ceremony? It’s at this moment that the freedom to invent new spaces emerges.

Long before the Guggenheim Bilbao, you’d been struck by an extraordinary event…

I still remember the emotion I felt when I first saw the Reichstag in Berlin being wrapped by Christo: thousands of people were singing and dancing, they flocked to see the building being wrapped up. They came in droves because it was such a strange idea. That day I fully understood for the first time that the world is fascinated by fantastic projects. That installation was a unique event, and a critical one from a historical perspective: the crowds weren’t just drawn by the idea of wrapping an object but were also interested in the creative process. They were totally entranced by Christo’s ability to create something completely new out of such a familiar building. I think that before that day, very few of those present had thought it was actually
possible to create fantastic things.

I still remember the emotion I felt when I first saw the Reichstag in Berlin being wrapped by Christo: thousands of people were singing and dancing, they flocked to see the building being wrapped up. They came in droves because it was such a strange idea. That day I fully understood for the first time that the world is fascinated by fantastic projects.

Connecting the museum to the urban fabric was one of your first credos.

In Cincinnati [the Rosenthal Centre, 2003], I was obsessed with the idea of aggregations and swarms. But in opposition to that, I also wanted the floor to be transparent to indicate that the museum is a public building. I wanted the urban fabric to penetrate it freely, I wanted the circulation of people and ideas to occur free of obstacles. The transparent base created a contrast with the mass of concrete volumes rising upwards. At first sight, the building seems to defy the laws of gravity because heavy volumes are placed on top of a glass base which appears fragile – for this project the spatial restrictions were very real and the museum had to be integrated vertically. For the visitor, the transparent path goes upwards, because on each floor the building opens up to the city, reconnecting with the urban environment. The city is invited inside the museum, where it becomes a protagonist.

From the angular lines of the Rosenthal Center to the fluid forms of the Chanel exhibition pavilion or the Heydar-Aliyev Centre, what has driven the evolution of your architecture over the last ten years?

My drawings and sources of inspiration have evolved over the years. I started with landscapes and topography, which greatly influenced, for example, the Ordrupgaard Museum extension [Copenhagen, 2001–05]. Then it was rivers and liquid elements that inspired me, which afterwards took the form of deserts and dunes, like at the Heydar-Aliyev Centre or the renovation/extension at the Serpentine Sackler Gallery [London, 2009–13]. Currently I’m fascinated by floral arrangements and underwater species – their forms are more organic, softer. But none of this could have happened without the development of software technology. Computer programmes have evolved so much over the past decade that it allows us to explore continuously.

Do you think it’s fair to say that museums are becoming ever less elitist?

Some claim that museums have become shopping malls. I think it’s a good thing that they draw in more and more people. Today the interaction between culture and public life is fundamental. What differentiates the 20th and the 21st centuries from those that preceded them is that art no longer addresses the patrons alone. It’s become accessible to everyone, and with it the museum has been enriched. 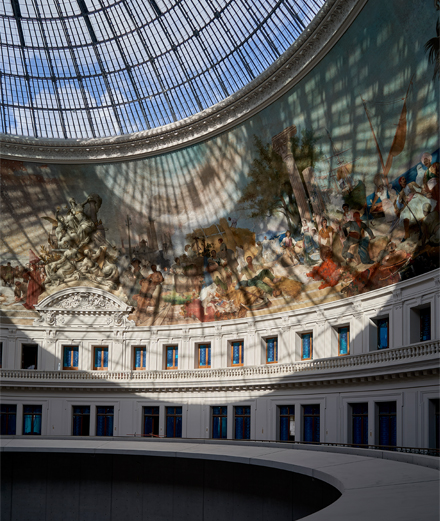 The Bourse de Commerce: a guided tour of the new Pinault Collection 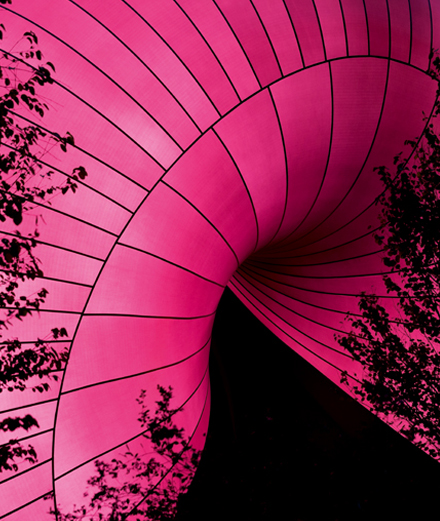 Who is Arata Isozaki, best architect of the year ? 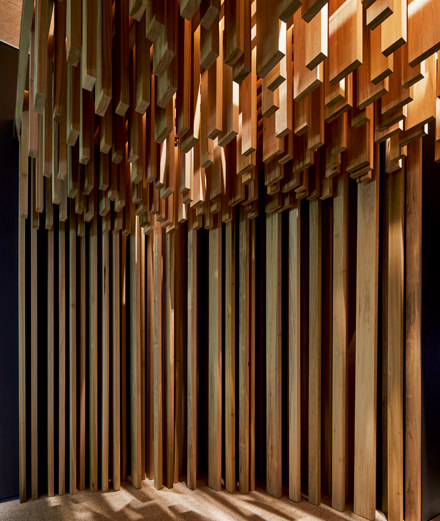 David Adjaye: the architect who was knighted by the Queen 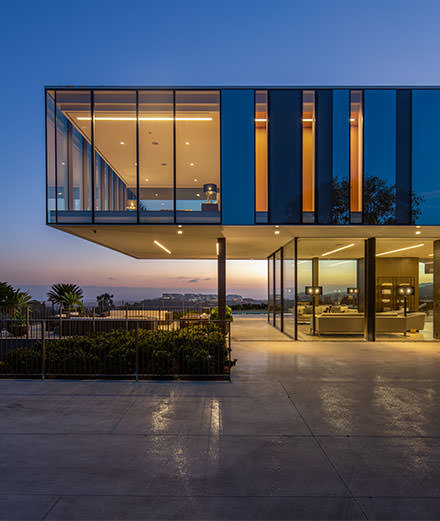 The Orum Residence, a UFO in Bel-Air 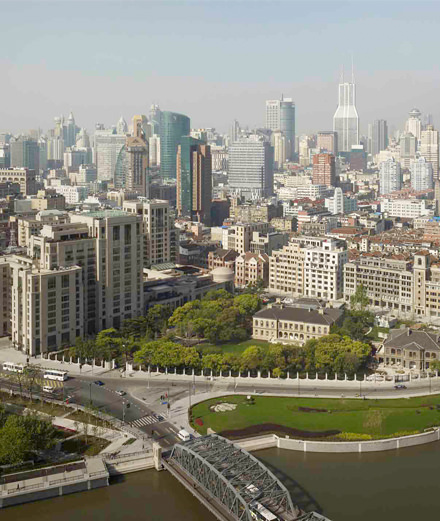 Interview with David Chipperfield, the architect who dreams up new cities 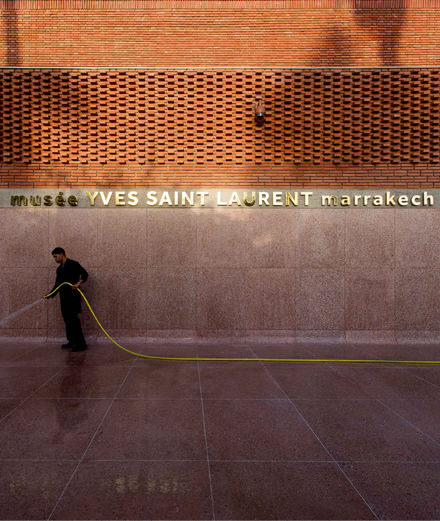 A couture castle for Yves Saint Laurent in Marrakech