Who are Kehinde Wiley and Amy Sherald, portraitists of the Obamas?

Barack Obama surrounded by luxuriant greenery and his wife Michelle swathed in a long evening gown… The ex-presidential couple have unveiled their respective portraits by the Afro-American artists Kehinde Wiley and Amy Sherald. Two canvases with a pop art aesthetic that break away from the traditionally austere portraits of former presidents and their first ladies. 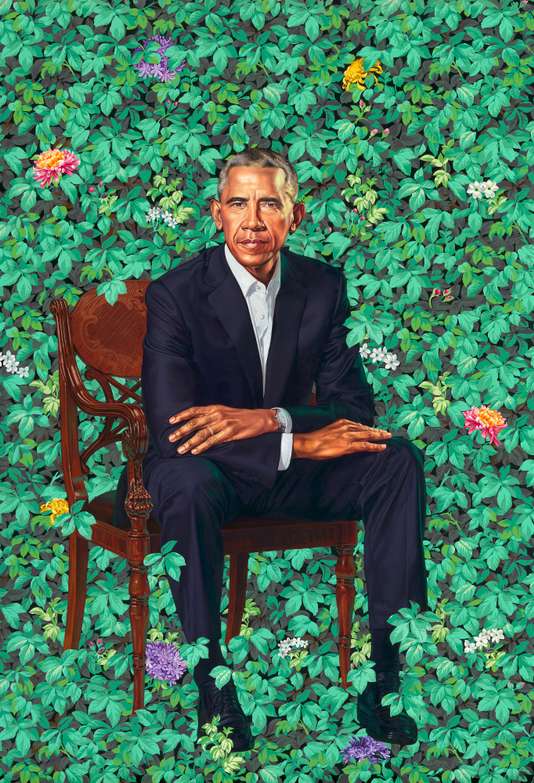 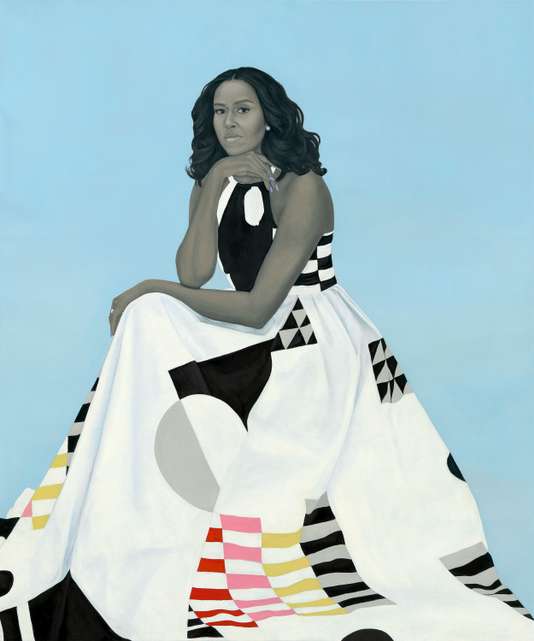 Barack and Michelle Obama have unveiled their portraits by two Afro-American portraits, Kehinde Wiley and Amy Sherald. Commissioned by the Smithsonian Institution and on show at the National Portrait Gallery (Washington), these canvases, painted for the first time by black artists, have been added to the great collection of important figures in American history. 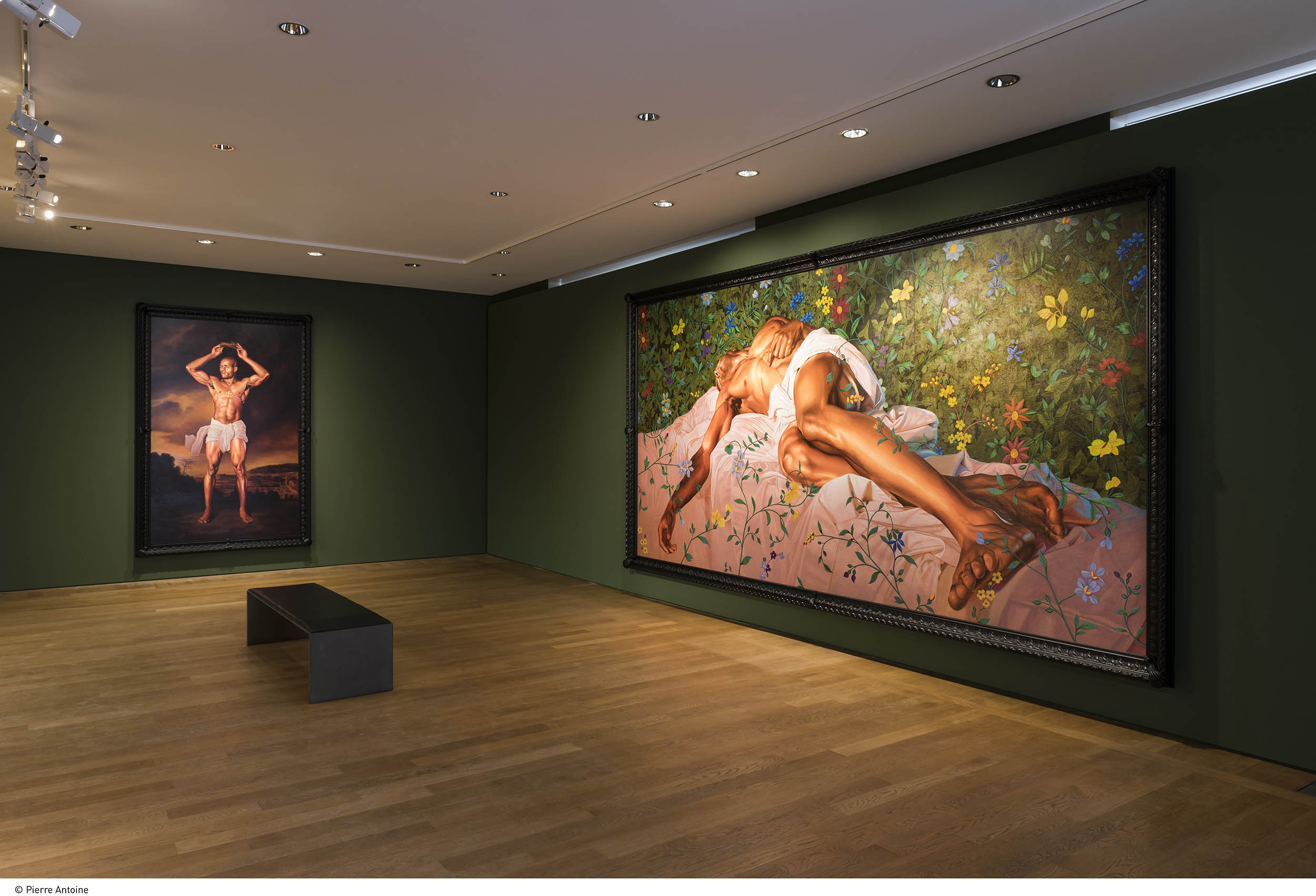 View of the “Lamentation” exhibition by Kehinde Wiley held from October 20th, 2016 to January 15th, 2017 at the Petit Palais, Paris, © Pierre Antoine.

Celebrated for his repetitive motifs, artist Kehinde Wiley decided to show the ex-president surrounded by a dense vegetation evoking Hawaii, his birth place. In a black suit, Barack Obama is represented sitting on a humble wooden chair. Born in 1977 Kehinde Wiley grew up in Los Angeles in a poor neighbourhood, and ended up finding solace in art, which he practiced right up to getting a place at the prestigious university Yale. His flamboyant canvases with their pop aesthetic show people in poses borrowed from masterpieces by the likes of Titian, Ingres and David. Whether he draws inspiration from the Renaissance, the Baroque or Rococo periods, Kehinde Wiley paints black or mixed-race strangers he’s met on the streets of Harlem, in Brazil or Gabon, against backdrops of floral motifs in vibrant colours. At the Lamentationexhibition (2017) held at the Petit Palais, the artist showed paintings and stained glass inspired by religious iconography. An Afro-American dressed in jeans and apple green Adidas sneakers replaces the Madonna while a man lying on a pink sheet, surrounded by floral motifs evokes the deceased Christ. By mixing hip-hop, pop culture and classicism, Kehinde Wiley pays tribute to Afro-American culture. 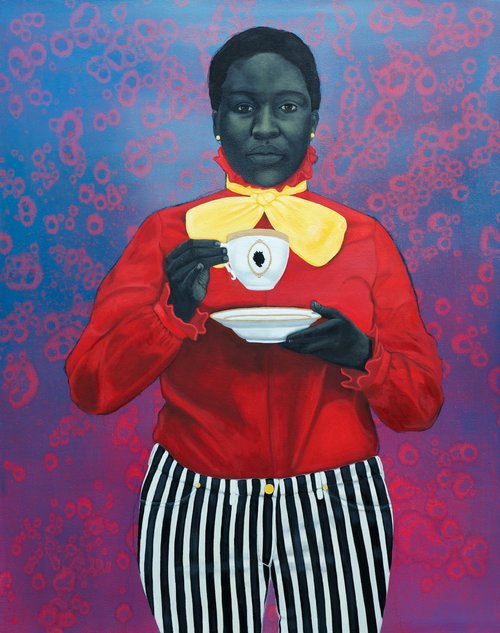 Meanwhile artist Amy Sherald, aged 44, delivered her portrait of Michelle Obama. The former first lady is represented face-on in a long black and white dress with colourful stripes. Living in Baltimore, Amy Sherald started her career with self-portraits and fantastical canvases evoking the vibrant world of the circus, before evolving towards a more figurative and realistic style. She draws inspiration as much from science fiction writer Octavia E. Butler, as the surrealist painter Salvador Dalí and the bizarre world of Tim Burton. Today Amy Sherald is known for her portraits of bare-footed Afro-American men and women in everyday scenes. The nuances of grey on the serious faces of her subjects’ contrast with their colourful clothing. The result is canvases impregnated with pop culture in which the characters observe the spectator as if they have been caught in a snapshot, with a dignified yet melancholic air.