Who is Lubaina Himid, the artist who won the Turner Prize ?

In the face of a white, male, grey-suited art establishment, Lubaina Himid stands out with her vividly coloured works that explore the untold stories of black history. The winner of the 2017 Turner Prize is about to conquer France with a solo show on the mediterranean coast. 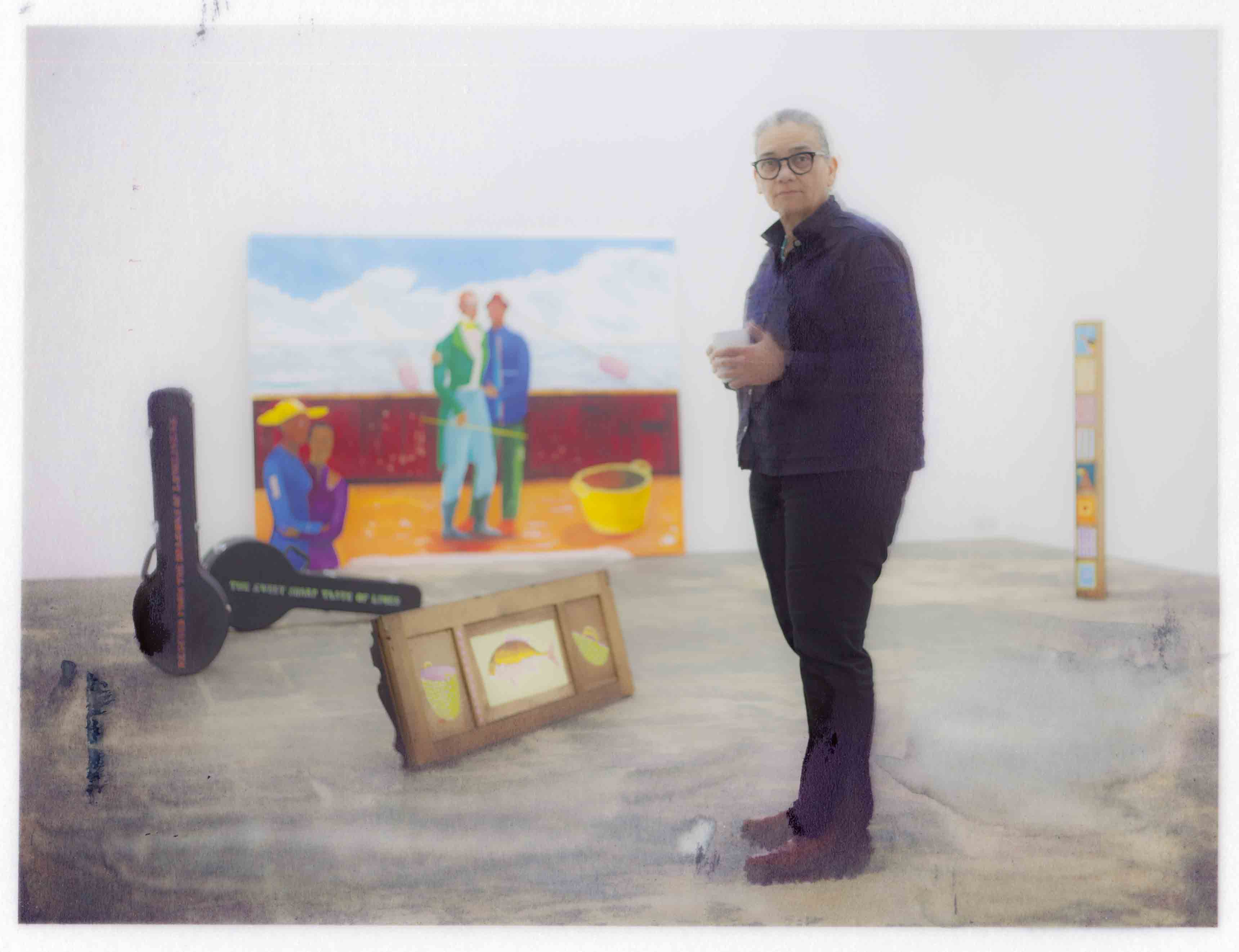 Standing, recently, in the rain-lashed winter light of Tate St. Ives, I looked at Lubaina Himid’s painting Between the Two My Heart is Balanced and thought, not for the first time, of how poorly served this artist’s work is by photographs. For all the crisp composition of Himid’s work, and her playful and insistent colours, a photograph always flattens out nuance and human softness in her paintings. It’s important to know this, looking at a reproduction of Himid’s work, because it will have quashed the easy allure that is an important part of the artist’s strategy. “I’ve tried to make work all the time where you could see how it was done,” she says. “I was never afraid to paint on things – jelly moulds or pages of The Guardian – so you could see what it was, and understand it was a plate or soup tureen, so you were not fearful of it. And once you get into the object, then you might think, ‘What other things are happening here?’” Painted in 1991, Between the Two is well positioned in St. Ives. Its composition derives in part from another work in the Tate collection: James Tissot’s Portsmouth Dockyard, a sentimental 19th-century take on the “distracted boyfriend” trope. Where that work shows extravagantly dressed white women sitting beside an even more lavishly attired Highland soldier, Himid’s portrays two black women in African dress and headwraps, flanking a great pile of documents which they are shredding with their fingers and dispersing into the great empty ocean that surrounds them. Gone is the man, and the fight he brought with him; in his place, women ripping up the documents of establishment history and sailing off into unchartered territory.

“It’s impossible to know sometimes whether an incident is the end or the beginning of something.”

Which is as good a metaphor as any, really, through which to view Lubaina Himid. The daughter of a textile designer from the north of England, and a Zanzibari father who died when she was only a few weeks old, Himid grew up in London. Inspired by the political and street-theatre practices of the mid century, she trained originally as a set designer but soon realized “that theatre itself is quite a closed and difficult world to penetrate.” Instead she discovered “that people, audiences, like paint, they want to have a relationship with it, they want to have a conversation with it, even if they don’t understand how to mix it and put it on.” By the end of the 1970s, Himid had turned away from theatre and begun focusing her creative skills and fierce critical wit on making art and exhibitions. As a curator and artist she staged a number of historically important London shows, among them The Thin Black Line at the ICA (1985), Black Woman Time Now at Battersea Arts Centre (1984), and Five Black Women (1983) at the Africa Centre. Like the figures in the boat, she was shredding the documents of received history, but rather than casting them away, she picked over them, piecing together concealed narratives of black Britain, among them the coded language and clichés of contemporary discourse surrounding people of colour, the elaborately dressed servants peeping from the edges of Hogarth engravings, and the slaves working on the West Indian sugar plantations that furnished Britain with wealth and its current grandiose infrastructure. For let us not forget that the name Tate has two associations in Britain: on the one hand the art galleries, and on the other as one half of Tate & Lyle, the sugar manufacturer whose packets can be found on many a British breakfast table. It was from sugar – produced, over two centuries, by the labour of more than 12 million enslaved Africans – that Henry Tate acquired the wealth that bought his collection of Victorian art and paid for the building that now houses Tate Britain. 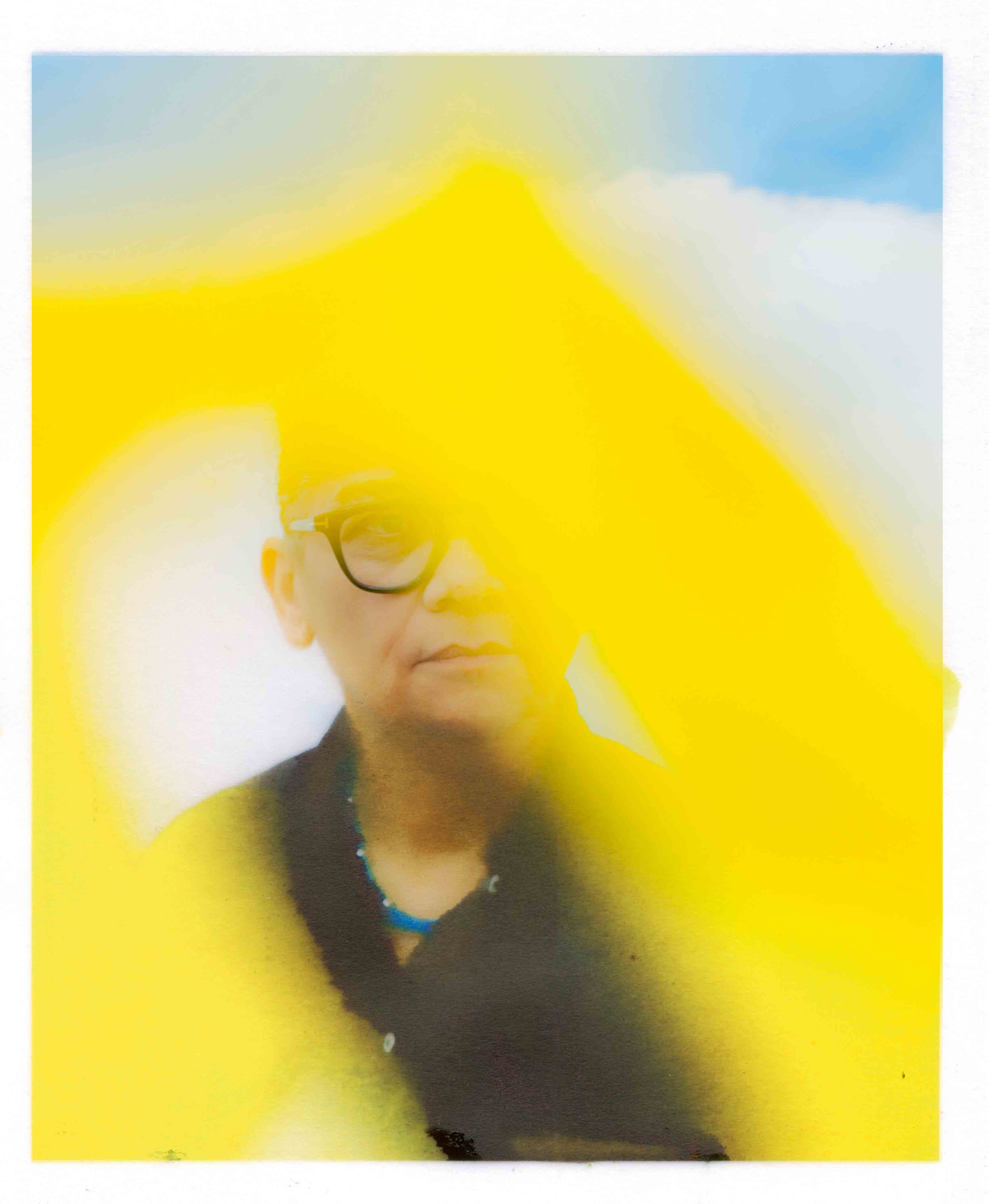 In the 1990s, Himid moved to Preston, a small city in the north of England where she continued to work as an artist, educator and archivist. It has taken a shift away from the grey-suited, pale and male arts establishment of the post-war era for a new generation of (often female) curators and gallerists to recognize the importance of her work both current and historic. In 2017, after a year of significant survey exhibitions and new commissions, she won the Turner Prize – at the age of 63, the oldest laureate of Britain’s most prominent contemporary-art award. Winning it has, she says, put fire in her belly to “raise my game again: to make things that I never could have taken the risk to make because there wasn’t anywhere to show them.” At Hollybush Gardens, the young London gallery that has championed her work since 2013, she recently presented a new suite of paintings, The Tenderness Only we Can See, made on canvas and wooden banjo cases, piano parts and drawers. “The paintings in the show are speaking different languages, to me and to each other,” she says. “Some of them are secret, other lines of communication attempt to hold their inner narratives together. In the end old songs and other people’s poems are all that is left.” Following April’s survey exhibition at MRAC, in Sérignan, Himid will unveil a headlining new commission for Glasgow International – Breaking in Breaking out Breaking up Breaking down – a flying wagon surrounded by mythic creatures derived from the architecture of the historic Kelvingrove Museum. Speaking of this new work she says, “It’s impossible to know sometimes whether an incident is the end or the beginning of something.” Himid’s magnificent late-career blossoming suggests that, sometimes, it can be both at once.

Gifts to Kings, until september 16th, MRAC of Sérignan. 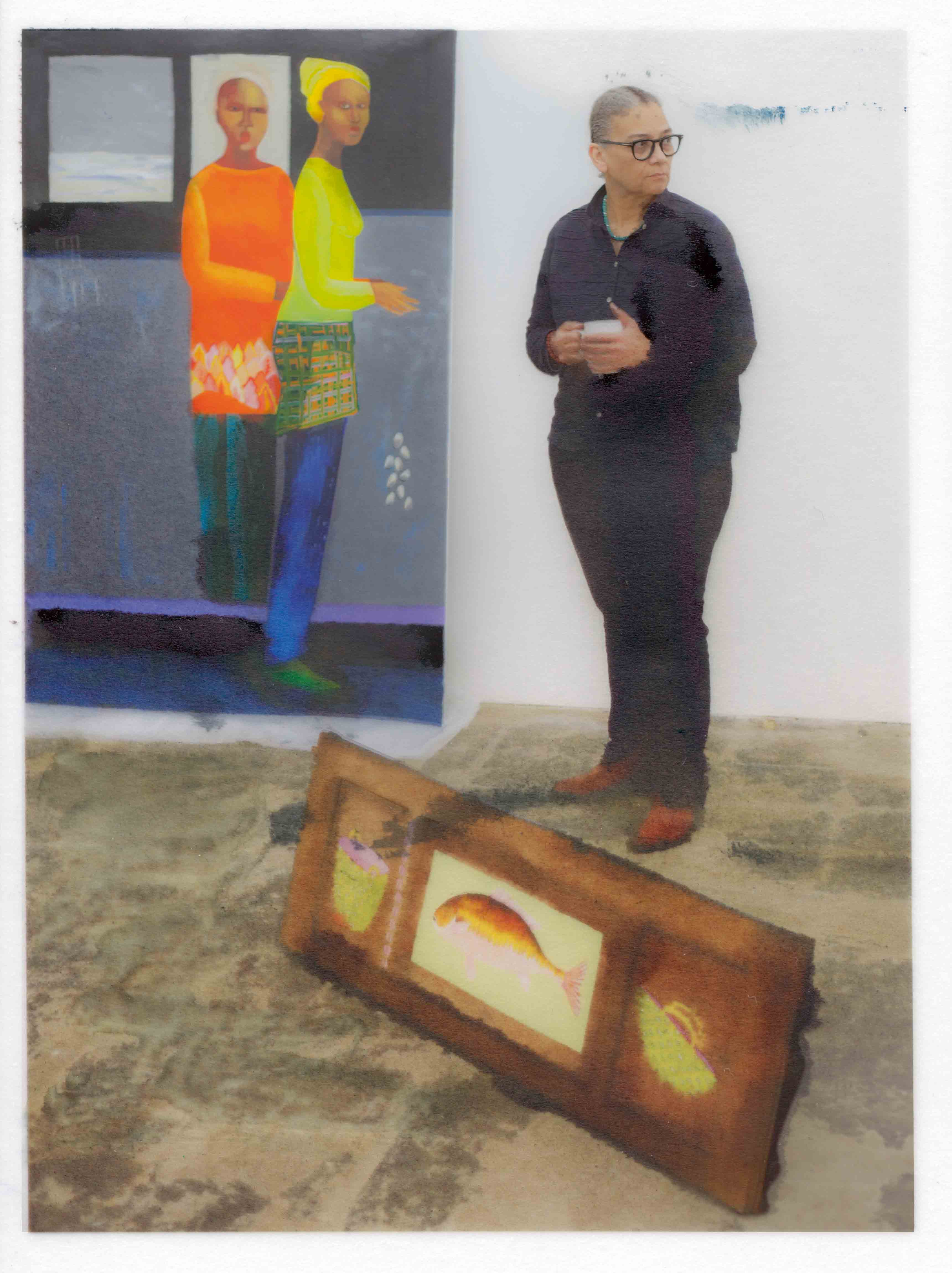