Why is Clint Eastwood still ruffling feathers at the ripe old age of 90?

An internationally celebrated actor and a director of 38 films, Clint Eastwood is back in cinemas with a new full-length feature that’s as controversial as the previous ones: “The Ballad of Richard Jewell”. Between westerns, cowboys and veterans, patriotism, war, American heroism and armed violence, his films illustrate an ambiguous vision of America which often questions the filmmaker’s own personality. 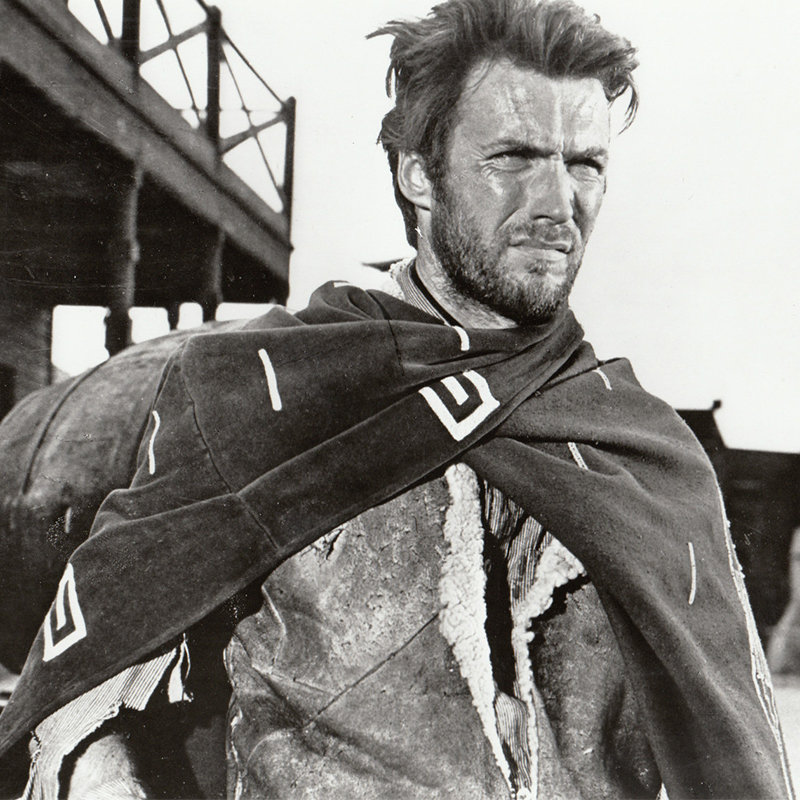 Whether it concerns his films or not, Clint Eastwood is used to skirmishes. His repeated roles in westerns along with his productions depicting bellicose characters have both contributed to the forging of a decidedly conservative image. Between his political stances, his support for the NRA (National Rifle Association) and his patriotic films, the director frequently causes a stir. While his later years (he is now 90) have been slightly more nuanced, Clint Eastwood is a more ambiguous character than we might think. We look back at five of the controversies that have marked his career.

Fascist, barbarian, reactionary and a cold-blooded killer…  just some of the words used to describe Clint Eastwood in his role as an unscrupulous cop in Dirty Harry. For this controversial movie, the actor played Inspector Callahan: a violent and disillusioned man who deals with the most sordid cases and never hesitates to violate the rights of criminals where he sees necessary. "Nothing wrong with shooting... as long as the right people get shot”, said the actor in Magnum Force by Ted Post (1973), the second installment of the film series. While his words are those of a fictional character, they never-the-less wound up the critics, who perceived Eastwood himself saying them. And there you have it in a nutshell, all the ambiguity of the filmmaker who, accustomed to playing detestable roles, defends himself by sharing his ideas. The tainted image of Dirty Harry has long stuck to Clint Eastwood, who even directed an episode of the series in 1983.

2. His films questioned by Spike Lee at Cannes in 2008

While presenting an extract from his film Miracle at Santa-Anna, the story of four black soldiersin the Second World War, at the 2008 Cannes Film Festival, Spike Lee sparked debate when he reproached Clint Eastwood for not having featured any black soldiers in his two films about the Battle of Iwo Jima, Flags of our Fathers (2006) and Letters from Iwo Jima (2007). Clint Eastwood defended the distribution of Letters from Iwo Jima, by replying that the soldiers who hoisted the American flag at the end of the battle were white and that it would have been historically incorrect to place a black actor among them. Following Clint Eastwood's fragmentary response, Spike Lee replied: "If he wants, I can find the black guys who fought at Iwo Jima and I would tell him to say to these guys that what they did is was nothing and that they didn't exist."

His biopic on the founder of the FBI, J. Edgar Hoover caused controversy on its release because it portrayed a major American personality of the 20th century as a repressed homosexual. Working with Dustin Lance Black (screenwriter for the film Harvey Milk), Clint Eastwood was scolded by current members of the FBI. They accused him of reigniting an old controversy, without proof, about the alleged homosexuality of J. Edgar Hoover, who supposedly had a secret relationship with his collaborator Clyde Tolson. Thus, William Branon, head of the J. Edgar Hoover Foundation, addressed an open letter to Clint Eastwood, in which he explained that "the film does not take into account the truth, and to show an intimate relationship between Mr. Hoover and Clyde Tolson would be a grave error in the face of the facts and would not honour everything that Mr. Hoover did during his career."

The film nominated for six awards at the Oscars looks back at the true story of Chris Kyle, a sniper in the US army sent to fight in Iraq. The veteran was already a controversial figure himself, having declared that he regretted none of his actions on the battlefield, that he actually liked what he did, and the film was equally divisive in the angle it took. The story focuses on the sniper, without showing his opponents, which led to Clint Eastwood being accused of championing violence, racism and islamophobia. While the director defends himself by claiming to make American propaganda and even heroizing the soldier, his film nevertheless depicts a complacency which has upset more than one person.

In May 2019, certain members of Hollywood called for the boycott of the American state of Georgia, which had just passed a new anti-abortion law, known as the "heartbeat bill" (a law which, as the name suggests, prohibits abortion if the heartbeat of the foetus can be detected). While several actors (including Ben Stiller, Alec Baldwin and Alyssa Milano) wrote open letters explaining that they would no longer film in Georgia "in good conscience", Clint Eastwood doesn’t seem to give a damn: indeed he decided to shoot his latest film The Ballad of Richard Jewell in Atlanta, invoking a need for authenticity. In theatres on Wednesday, the film recounts the story of a policeman, obviously American, famous in the USA for having been suspected of committing an attack during the 1992 Olympic Games.

The Ballad of Richard Jewell (2020) by Clint Eastwood, in movie theatres on Wednesday.