30 years after playing a killer in “A View to a Kill”, the disco queen refused to appear in the next James Bond movie, set for a February 2020 release. Read the former Grace Jones interview for Numéro. 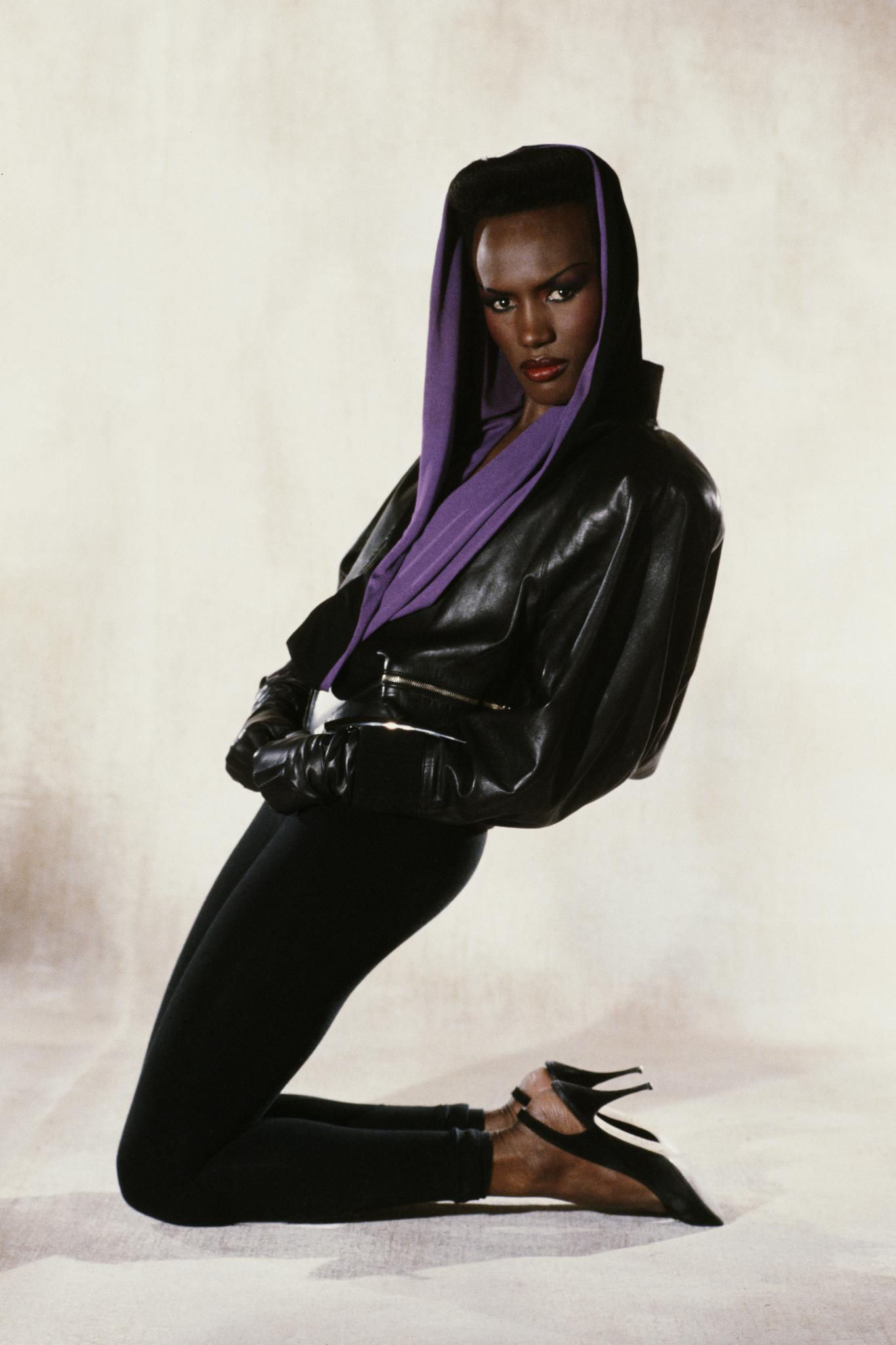 Almost 35 years after her killer part in A View to a Kill, the 14th James Bond movie, Grace Jones was meant to appear in Cary Joji Fukunaga’s next James Bond movie, so far known as Bond 25 and planned for February 2020. But, at 71, the Jamaican singer and model does not want a small cameo and a few lines. She refused to appear in the movie. Speaking about lines… Grace Jones spoke to Numéro a few years ago about being an andogyn icon of the 1980s. Take a look back at the shock interview of the unshakeable diva.

Numéro: Why did you change your name from Mendoza to Jones?

Grace Jones: My name was always Jones. False rumors spread on the Net so fast that it becomes impossible to tell the difference between fact and fiction.

Many people have described Andy Warhol as Machiavellian and manipulative. Is that your memory of him as well?

He was completely the contrary, likable and open, and always very generous, at least with me. We spent our time in galleries and bars, and when he cloistered himself away in the Factory, he made sure there were always people around him. We were always insatiably curious and spent hours, openmouthed and wide-eyed, marveling at everything around us: “Look at this, look at that, Andy, it’s too great!”

I spent some funny times with Yves, it's true. I remember one concert at the Palace, when I walked into the crowd before climbing onto the balcony, where I found myself completely naked.

Some say that the Studio 54 dancefloor was like a ski run covered with powder.

At the time, it wasn’t so much a question of quantity as of quality. Doing cocaine was a lot more festive and social then. We snorted it like others drank coffee. And it was never hidden. The proof: at Studio 54, a huge coke spoon was hung above the dancefloor. Today, things are a lot less convivial— people disappear into the bathroom every five minutes.

Do you think the media lynching meted out to Amy Winehouse and other divas is merited?

The more we stigmatize illicit substances, the easier it is for giant pharmaceutical companies to sell tranquilizers and mood enhancers. They’re playing their cards right. Many of my friends have overdosed on prescription drugs. The media witch hunt seems completely hypocritical to me.

Do you agree with Yves Saint Laurent, who considered drugs “an essential ingredient in the creative process”?

I spent some funny times with Yves, it's true. I remember one concert at the Palace, when I walked into the crowd before climbing onto the balcony, where I found myself completely naked. People had torn my dress and literally lacerated my skin. Happily, someone released laughing gas to calm the crowd, which gave me time to make it to the dressing room. Yves, who was waiting for me, covered my chest with the belt of his tuxedo, and tied Loulou de la Falaise’s scarf around my waist. And then he threw me back onto the stage, shouting, “Come on, get out there!” You can imagine what it was like.

Do you get high during your performances?

Once, but it was a flop. I’m not formally trained, and singing takes a superhuman effort. I can tell you that a dried throat and anesthetized gums doesn’t make things easier.

I was hardly waiting for Jean-Paul Good…

Under your airs of the dominating diva, are you really just a girl who dreams about slippers, TV dinners and cross stitching?

It’s not up to me to say if I’m a prima donna in real life, like I am on stage.

Maybe I’d do better to ask that unhappy Eurostar employee…

My God! What a story! Briefly: I was traveling in first class, when this poor girl decided to move me, halfway through the trip. Who knows why. I asked to leave the train—no one forced me, contrary to what you may have heard. Eurostar took advantage of the incident to spill ink at my expense. It was the million-euro ad. It almost makes you think it was all done on purpose.

Have you ever felt like a prisoner of your image?

Absolutely not. That would be like feeling trapped in a house you built yourself. I have constructed my image from many sources, I’ve taken pleasure in doing so and am very pleased with the result, thank you. My physical appearance is a temple and I am its guardian.

Did Jean-Paul Goude play a role in crafting it?

I was hardly waiting for Jean-Paul: I had three albums under my belt before I met him. Richard Bernstein, Antonio Lopez, Keith Haring and Andy Warhol all got involved well before him.

Have you ever been a victim of racial discrimination in your career?

What a funny question. Given some reactions I’ve encountered, the thought has occasionally crossed my mind. But being a generally indulgent person, I tend to think that someone is having a bad day, or hasn’t gotten laid in a while, rather than attributing their animosity to racism.

Why do you always mess around with these tanks with masculine names like Dolph, Sven-Ole and Atila?

I repeat: love isn’t something you can measure by the kilo. We’re not selling sauerkraut here.

In your opinion, is Arnold Schwarzenegger more convincing as Conan the Barbarian or a Republican governor?

Arnold is above all a very good friend. It would be presumptuous for me to judge his political ambitions.

What do you want people to remember about you?

You’re so awful! I’m not dead yet and you’re trying to write my epitaph. Shit! I would like, as no doubt most people would, to be remembered as someone who made people happy. Who supported her family and loved ones. As an artist, I would like my work to last and for it to continue to inspire and amuse people well after I’m gone.