Interview with Isabelle Huppert : “There’s always a form of self-portrait in my roles”

How many movie stars’ filmographies can be said to recount the story of cinema over the past 40 years, from Otto Preminger and Jean-Luc Godard to Maurice Pialat, André Téchiné, Benoît Jacquot, Serge Bozon, Hong Sang-soo and Claire Denis? In an age of streaming and series, Claude Chabrol’s favourite actress embodies an eternal and perennial idea of the seventh art. In her latest movie, Frankie, filmed by American director Ira Sachs, she plays the role of a dying actress who spends her final weeks seeking peace on the Portuguese coast. Without overdoing it, Huppert plays with her own image, all the while seeming to detach herself from it, a characteristic blurring of the boundaries that makes each of her performances utterly captivating. Numéro talked to her about the shoot, her career and her intimate feelings about cinema.

NUMÉRO: The plotline for Frankie follows a famous actress on her holidays, telling the story, through an accumulation of impressionist touches, of a woman who is dying from an incurable illness…

ISABELLE HUPPERT: Yes, that’s right. The film unfurls inexorably around a major event, but it isn’t revealed to the viewer in a dramatic way. A woman is going to die. And this softness is precisely what reveals the pain and its brutality. There are far more spectacular films out there than Frankie, but that takes nothing away from its scope. So yes, it’s an intimist film as they say, but Ira Sachs chose to shoot it against the magnificent backdrop of Sintra, in Portugal, resulting in a collusion between the very private, intimate aspect of what happens between the characters and their confrontation with their surroundings, which mirrors their interior torment. It was rather a nice idea to shoot in Portugal, a bit of a neutral territory which brought us all together, from both France and the U.S.

When you accept a role, what is it you look for? Travel and seeking other horizons seem to have guided your recent choices.

The principle motive is cinema. It so happens that the last two films of mine that came out involved travelling [prior to Frankie, Huppert played the title role in Neil Jordan’s Greta], but it’s merely a coincidence. I’d already met Ira Sachs a while back. I liked his films, in particular Love Is Strange and Brooklyn Village. In the end he wrote this story specially for me.

You are an actress and nothing but an actress, by which I mean you’ve never wanted to direct. But nonetheless your artistic involvement in your films goes well beyond what is usually expected of an actor.

Maybe it’s a role I like to take on, a space I occupy. In Frankie, in particular, it somehow feels double because my character is an actress. But if you look closely at the film, not that much is made of this fact. The panoply of mythology associated with actresses isn’t deployed – you don’t see me “being an actress.” It’s simply stated, and that’s enough to colour the image. In the movies, it doesn’t take much for disbelief to be suspended and for the imagination to take over. A couple of times I asked myself what difference it made if my character was an actress, but I understood it later: it means that people see the film through that particular prism.

Are your films self-portraits?

Antonioni said that every film is autobiographical, and it’s probably just as true for an actress as for a director, but unconsciously I think. There’s always a form of self-portrait in my roles, even if nobody would ever know anything about my life from looking at the films I make. It remains hidden behind a mask; somewhere there is a truth that is hiding. There’s something unconscious at work which makes its mark on the film, like a trace that is discovered later. Something gets left behind without our knowing it, if you believe that cinema has that particular power. 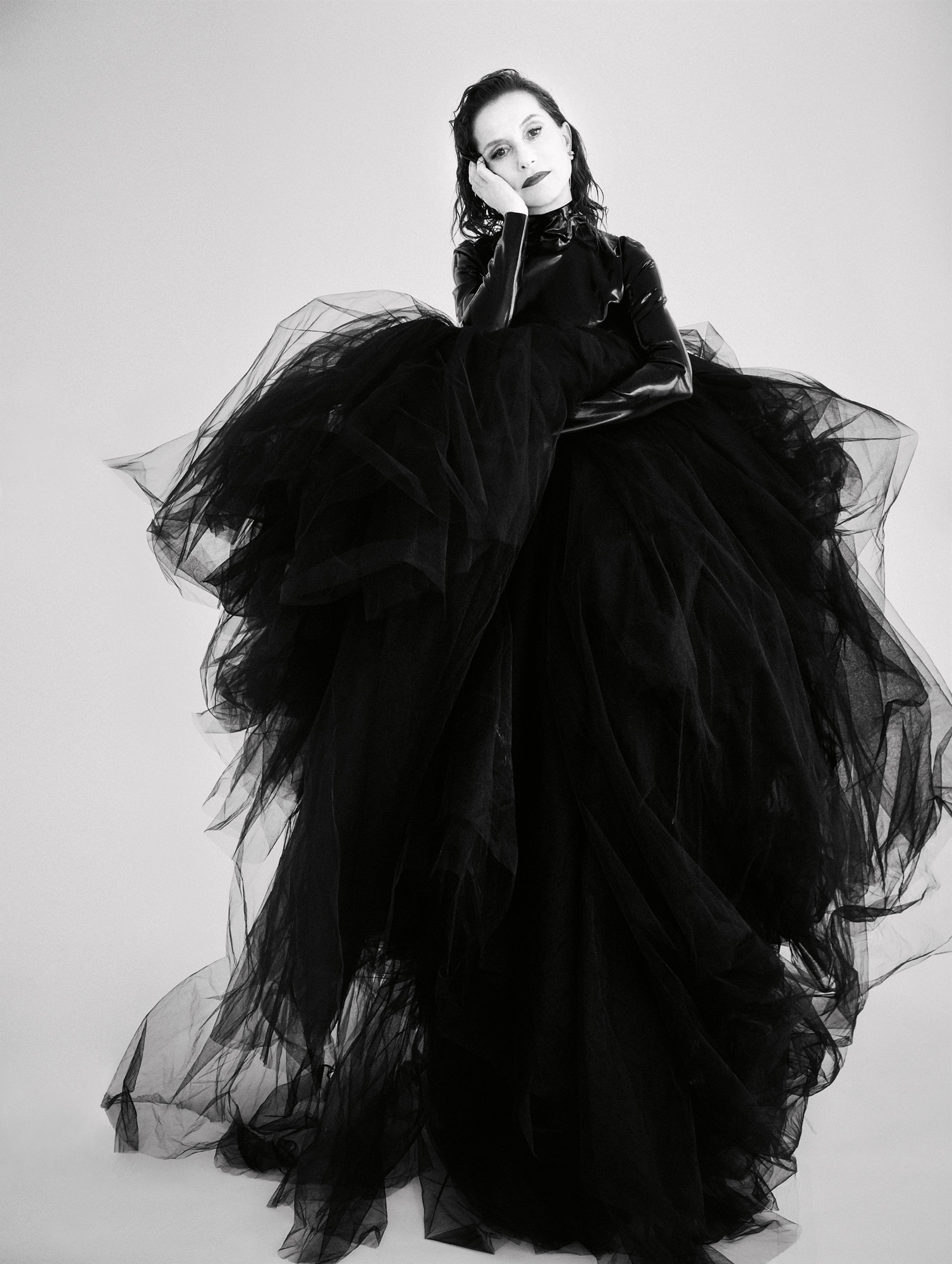 Frankie is one of those films that takes the time to let stigmata and feelings make their mark.

Pascal Greggory and I were talking about this recently. We often had the impression of doing nothing, a sort of degree zero of acting. And that’s where cinema comes in with all its power, the power to capture a being rather than to make one. What gets captured is not something we can really control, we’re not entirely responsible for that. And that’s where the strength of a film lies.

So what is one responsible for as an actor?

And how! No one is more responsible than oneself. That’s at least one thing you can be sure of.

Yes, of course. But it’s on a level of intuition, not knowhow. It’s not a theory that I learned film after film – experience teaches nothing.

An actor doesn’t choose the take that will be used.

Not usually. Chabrol had a theory about that: he said that whichever take you choose the film will be the same. I can see what he meant, but still, you’d have to check! I remember on Une affaire de femmes [Story of Women], in the good old days when we went to see the rushes…

Let me interrupt you a second there: you say “the good old days” because they’re over?

We were more involved. Today you’re not shown the rushes. Sometimes you look at scenes on the combo [a small video screen mounted on the camera] after the take, when working with directors who let you, or who happily ask you, or who require you to, like Michael Haneke. Against all expectations, and contrary to the image of all-controlling creator people have of him, Michael loves us to be near him to correct the details.

What were you going to say about Une affaire de femmes?

Well, among the rushes I watched that evening, there was a take which I preferred to the one Claude had chosen. That wasn’t a problem for him – he used the one I preferred, as though it were of no consequence. Given that he didn’t direct me at all and never told me what to do, there were certain scenes when I thought, “Whether I do it sad or happy, it won’t change anything.” The small variations had little importance because a more global vision was at work.

Chabrol has been dead for at least a decade now. One gets the impression that you live purely in the present, without melancholy.

There’s sadness, obviously. But there’s also the satisfaction of having done things, which is always better than regrets. I shot seven wonderful films with him, just as I did two very fine films with Werner Schroeter, who I really liked very much too. I wouldn’t say it makes their deaths more bearable, but something carries on living afterwards in that way.

Do you ever watch your old films? 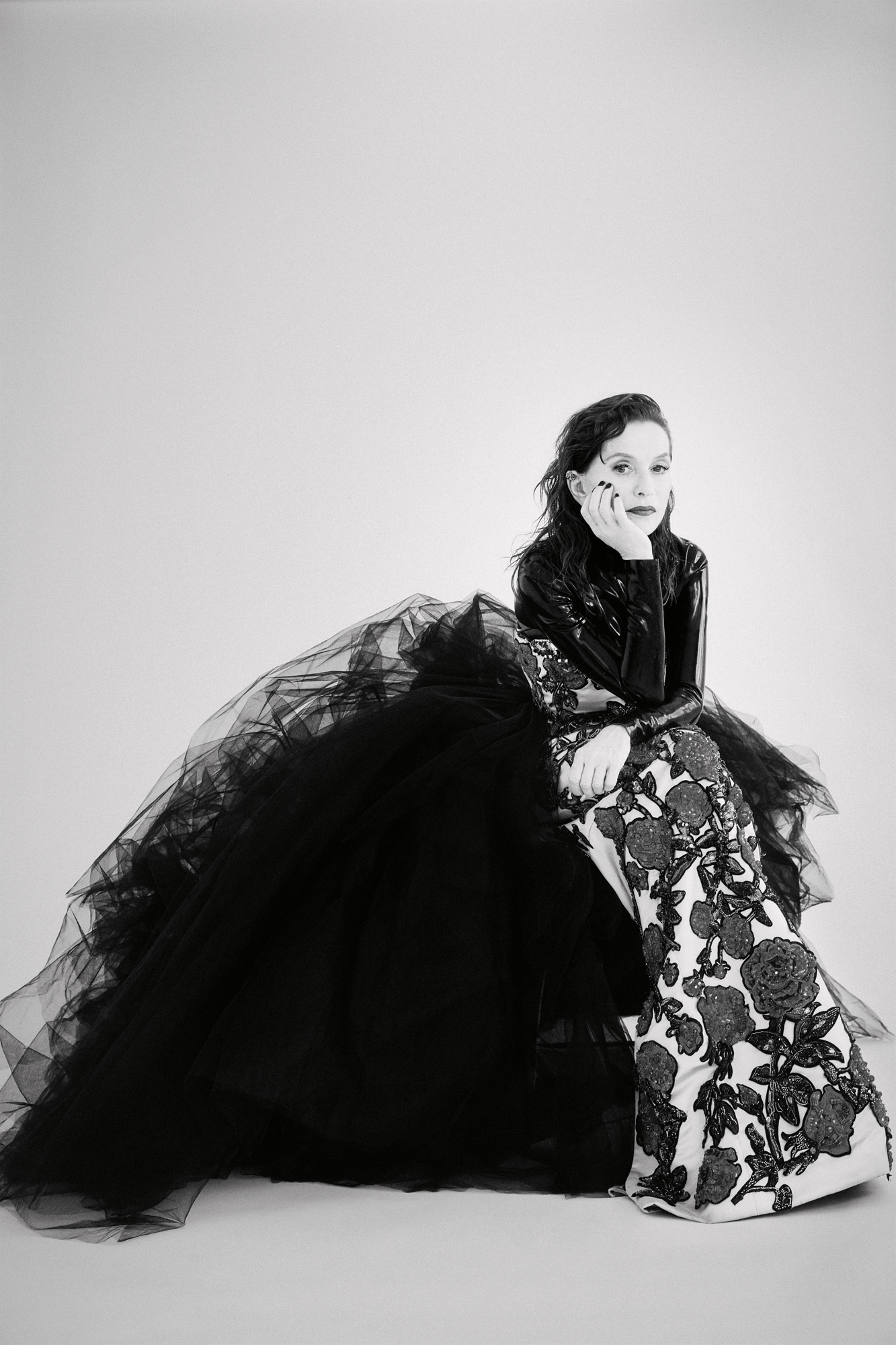 You don’t have a Green Room in your house in which you can look back at the past?

No, not at all. I saw that Violette Nozière was shown recently on television, but I didn’t watch it. I’ve seen Michael Cimino’s Heaven’s Gate a few times, and it always moves me. Too few people saw it when it came out, and so it’s always a bit of an event when it’s screened. It’s like an unloved child who in the end is much loved. There are never enough words to say how much one loves. In Frankie, your character has an absolutely delicious line: “I’m very photogenic.” It was in the script. I said it very innocently, my back to the camera, while swimming in a distance shot…

But coming from an actress, that line means something.

I was very surprised, because a lot of people have spoken to me about it. Film actors are generally photogenic. But we should probably be talking about cinegenic. You can be very photogenic but less cinegenic.

How would you define the idea of being cinegenic?

The first time I heard the word was from Benoît Jacquot. It’s difficult to define. A face that becomes animated in a particular way when filmed. A face or a body – the body can be cinegenic too. A particular way of being present, too, really there. You could say that cinema is both a presence and being present.

Your role in Paul Verhoeven’s Elle launched a whole debate around the question of rape. What’s your feeling about the role of film with respect to contemporary issues?

I’m perhaps naïve and unaware, but I didn’t feel I was transgressing when we made Elle. Rather than the idea of a potential scandal or the twisting of a norm, I saw in the character of the heroine a form of solitude, courage and freedom. I felt neither fearful nor guilt y. We were a good team Verhoeven and I, and I’ve always loved his films. The first one I saw was Turkish Delight, which came out in a semi-porn cinema! I was still at school. It had had a very good review in Charlie Hebdo which made me want to see it. Rewatching the film today, you think you’re dreaming. There’s nothing very shocking in this story of a very contemporary Traviata who dies of a sort of love illness… As for Elle, the critics were ultimately very much in the minority.

But it’s clear that the portrayal of female characters has been called into question, just like we’re questioning the power that certain directors wield over actresses.

I get that that can exist, but personally I’ve always felt protected by the directors I’ve worked with, Haneke or Verhoeven for example, to cite two who have filmed me in situations where I could have felt rather exposed, and therefore vulnerable. But I never had the slightest doubt. I knew they were on my side.

Nonetheless it seems that nudity and the filming of the female body are approached rather differently nowadays.

Those are very good questions. Sometimes I say to myself, “Those poor actresses, look what they’re being made to do!” But, once again, I never felt personally concerned by it. Of course we can wonder if there’s some change of undercurrent in the world of movies, but it’s still very difficult to know how an actress might be led to do such or such a thing. There’s the question of what we like to watch and what we find right. They’re difficult ideas to separate.

You’ve been doing project after project both in both film and theatre for the past few years – it really seems like you never stop.

Well why ever would I stop? [Laughs.] I’m lucky enough to be doing what I like, it would be silly not to go for it.

The desire is still as strong?

Always. But there’s a misunderstanding with respect to me. People often say I work a lot, it’s become a rather wearying chorus. But a lot is not necessarily too much. It’s just a lot. For me, in any case, it’s not too much… It’s never enough!