“Playing a serial killer was the most difficult role of my carreer” : meet with Jamie Dornan

Having starred in the movie “Robin Hood” last year, Jamie Dornan is now working on a slew of ambitious projects including a new series for the BBC, in the role of a psychopathic doctor, and on the next John Patrick Shanley film, “Wild Mountain Thyme”, alongside John Hamm and Emily Blunt. Numéro caught up with the Irish actor, who also happens to be the new face of The Scent by Hugo Boss. 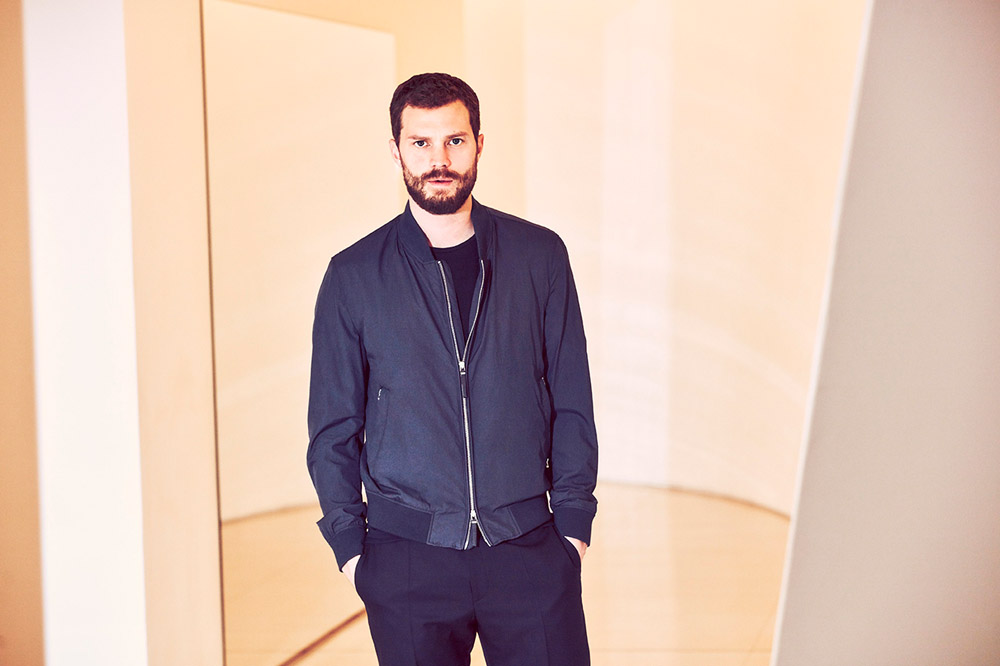 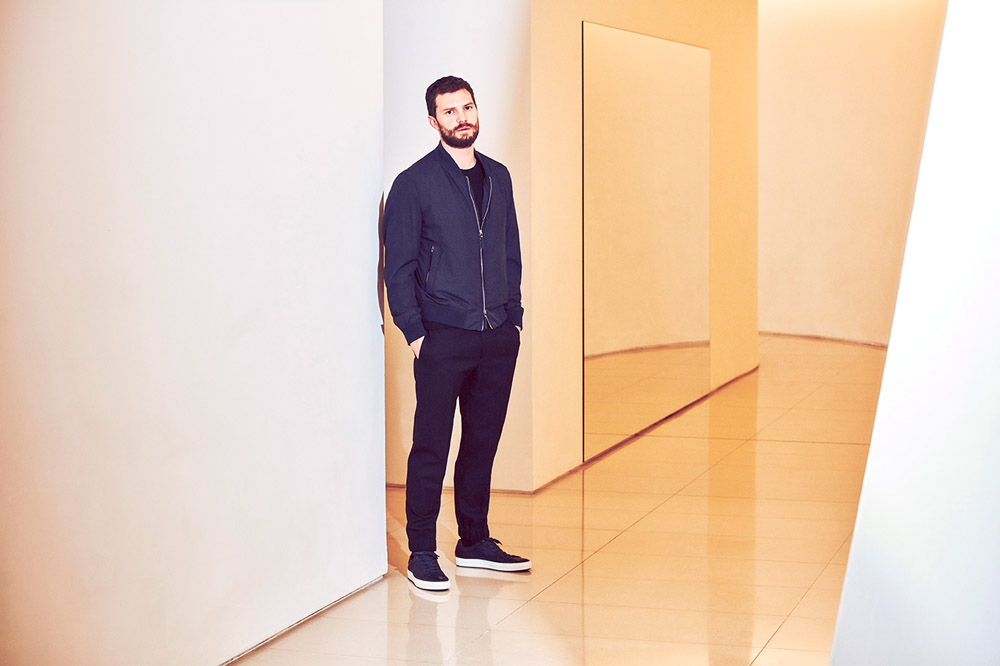 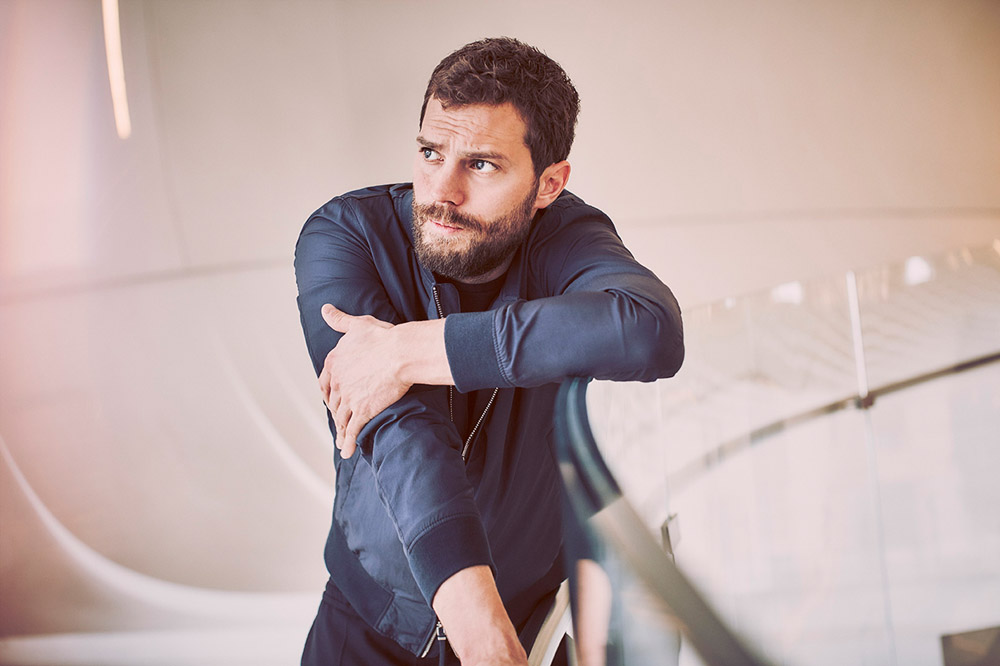 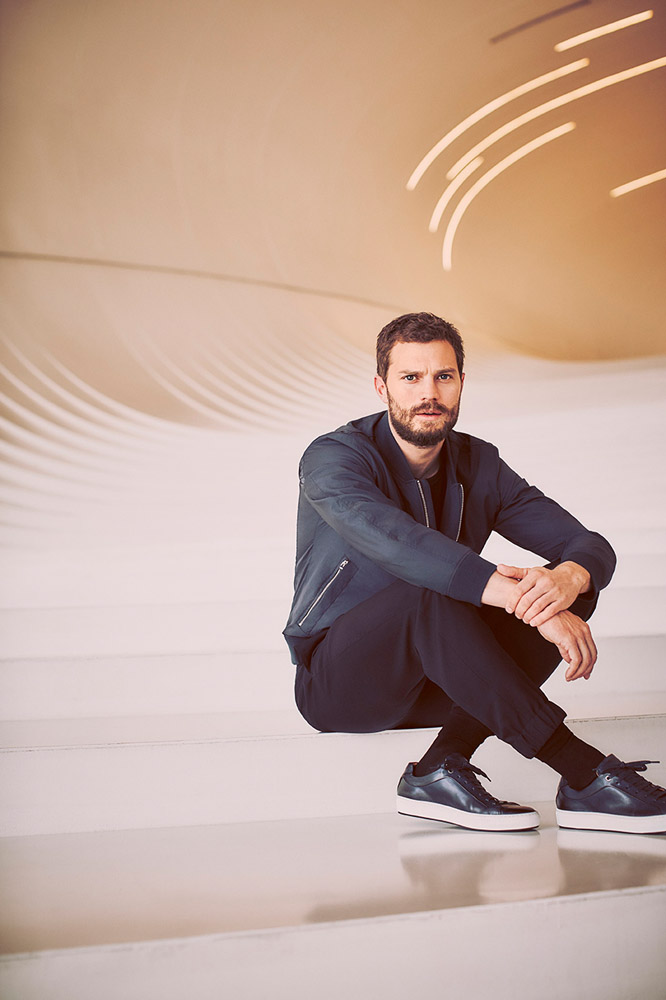 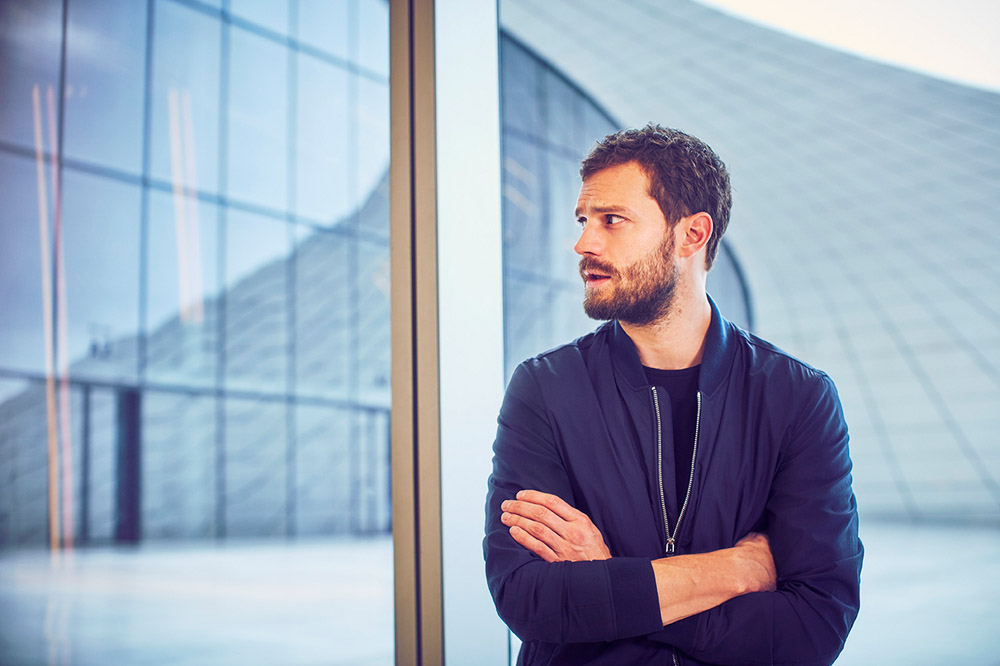 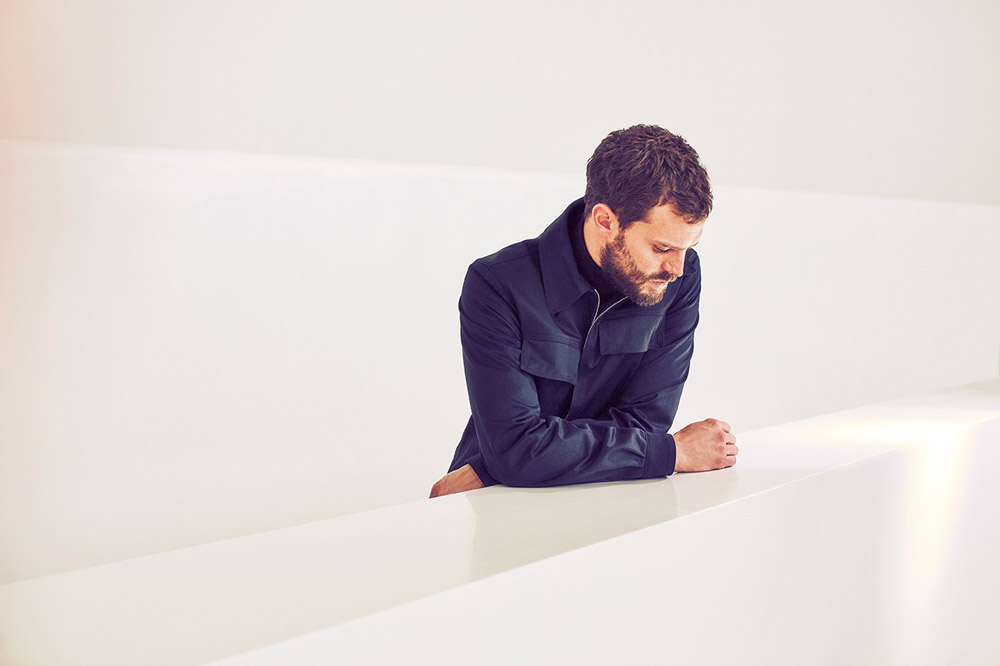 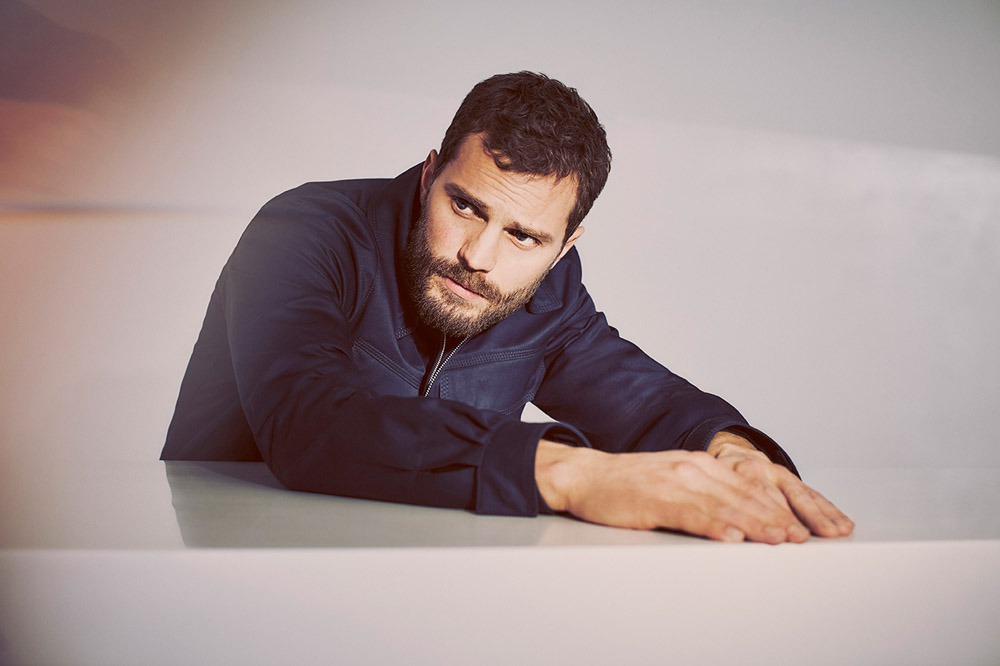 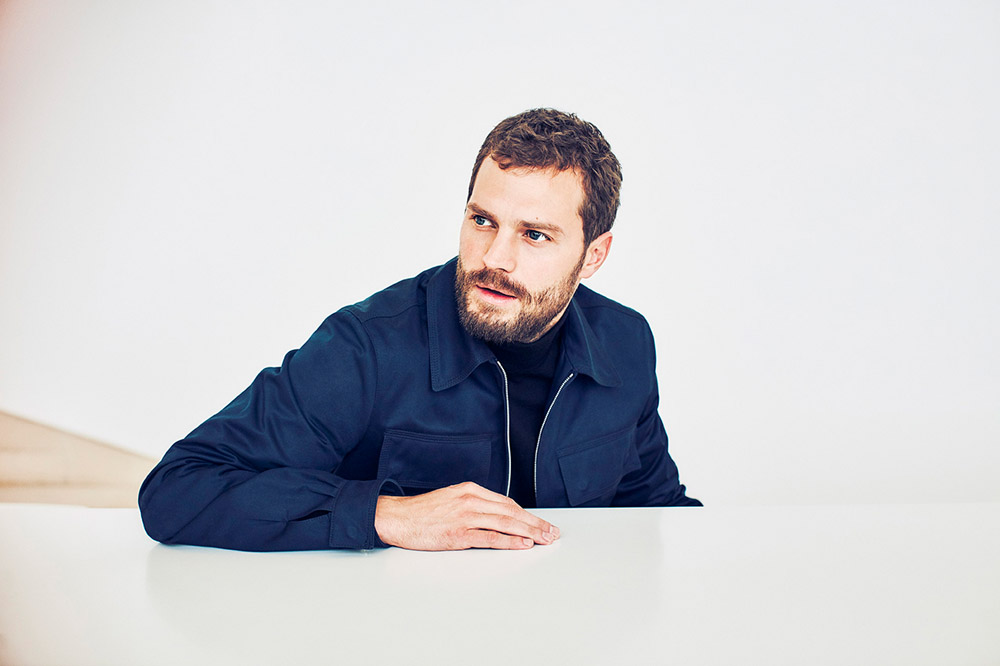 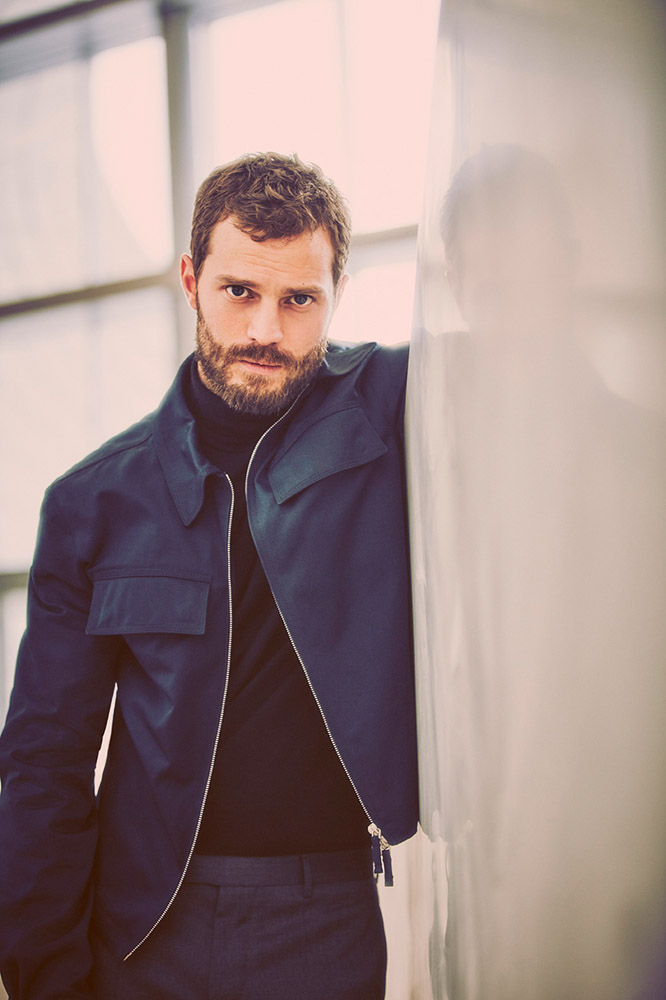 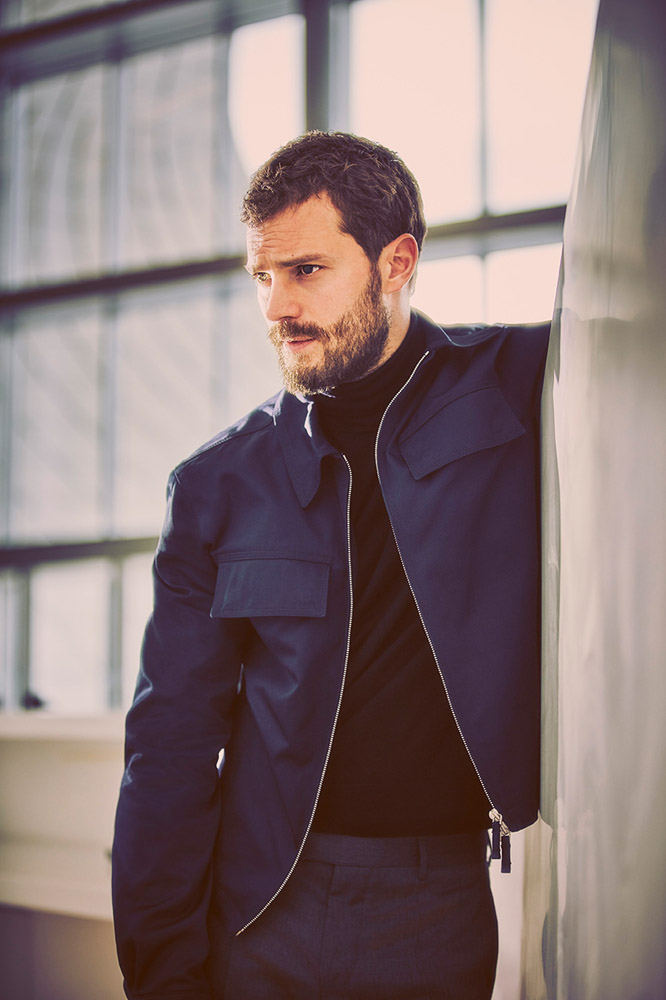 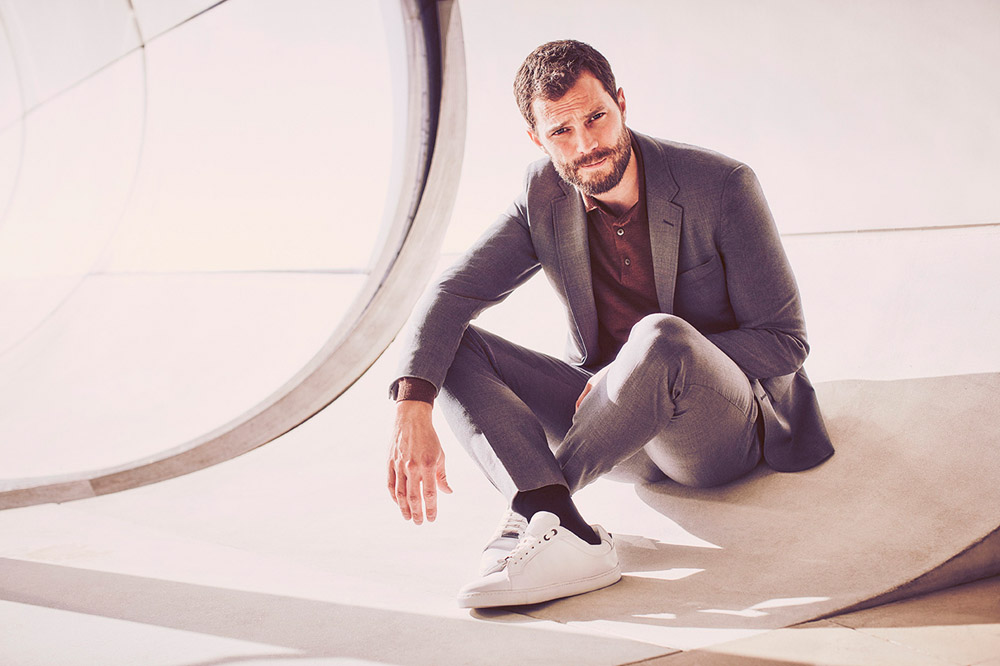 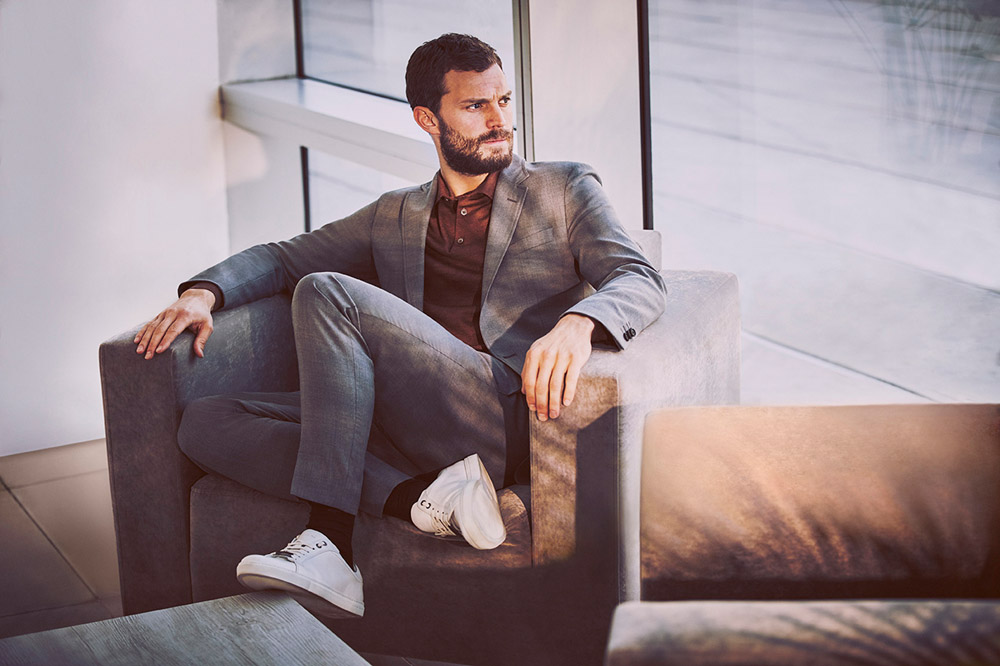 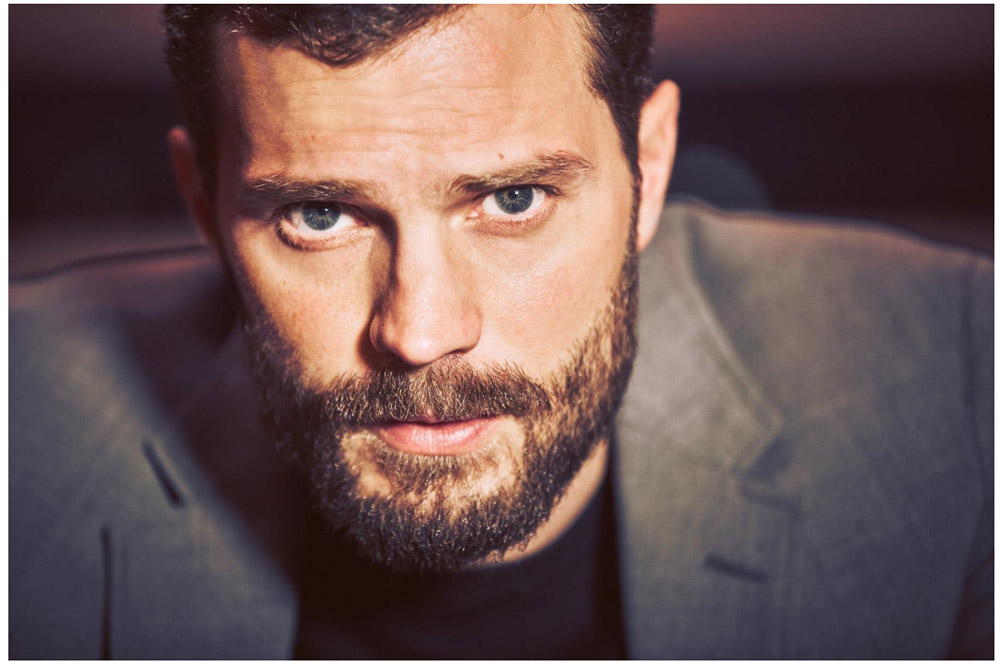 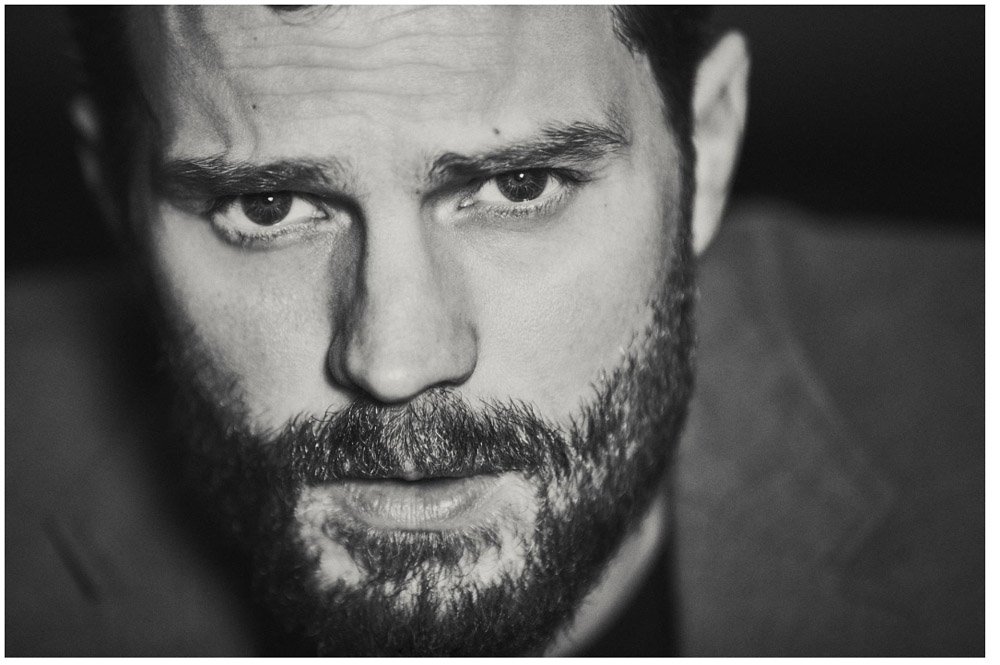 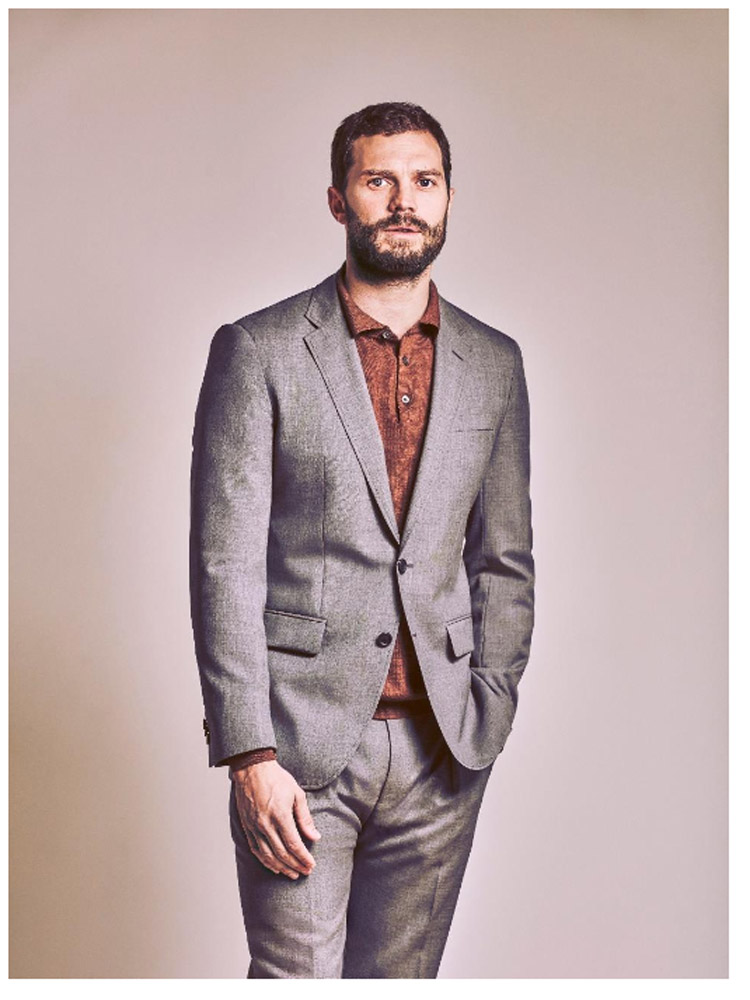 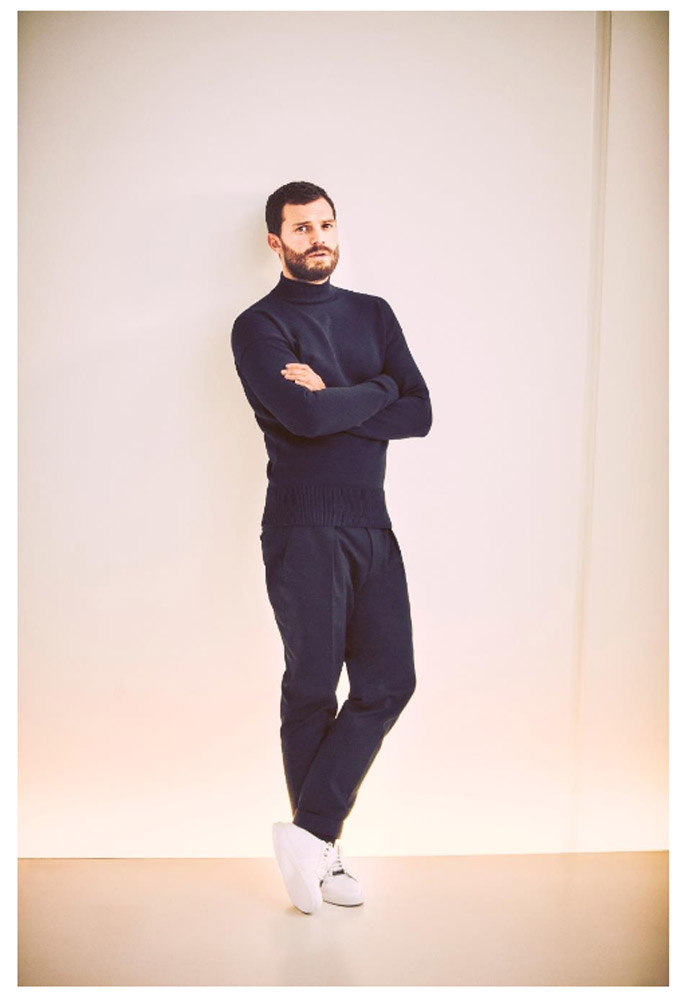 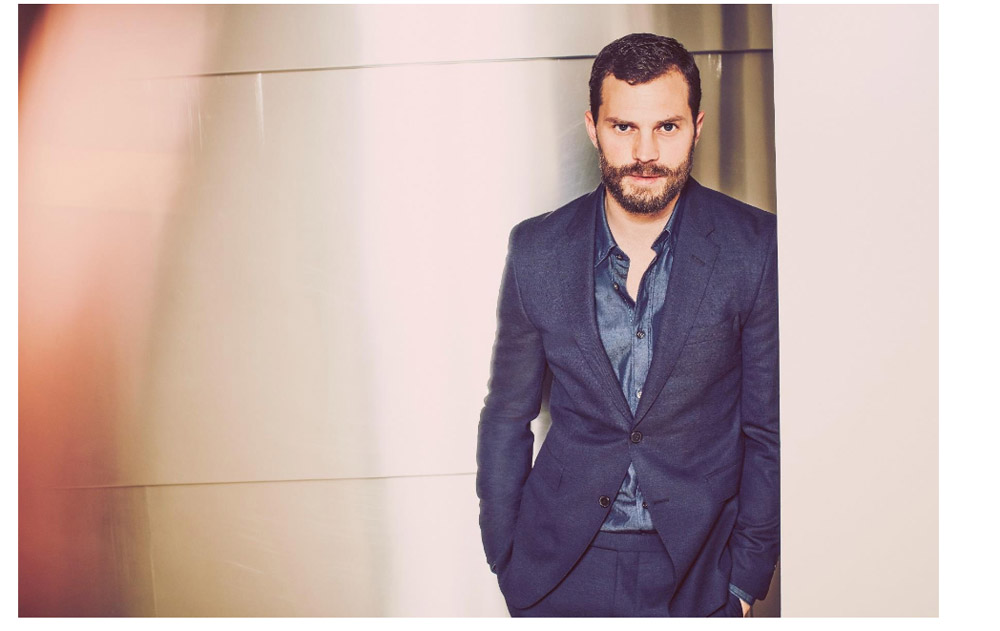 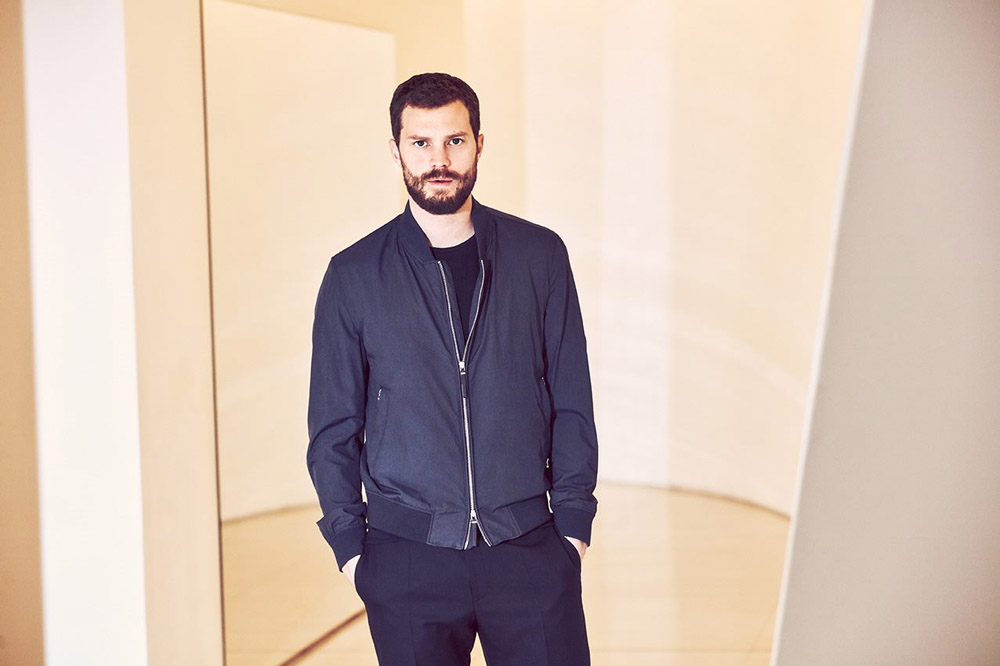 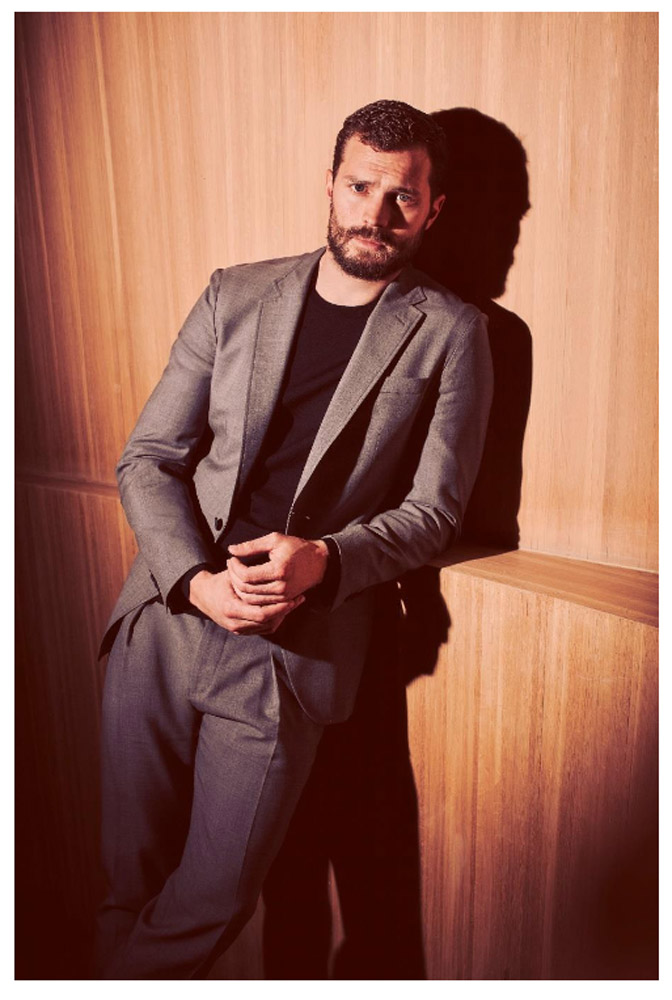 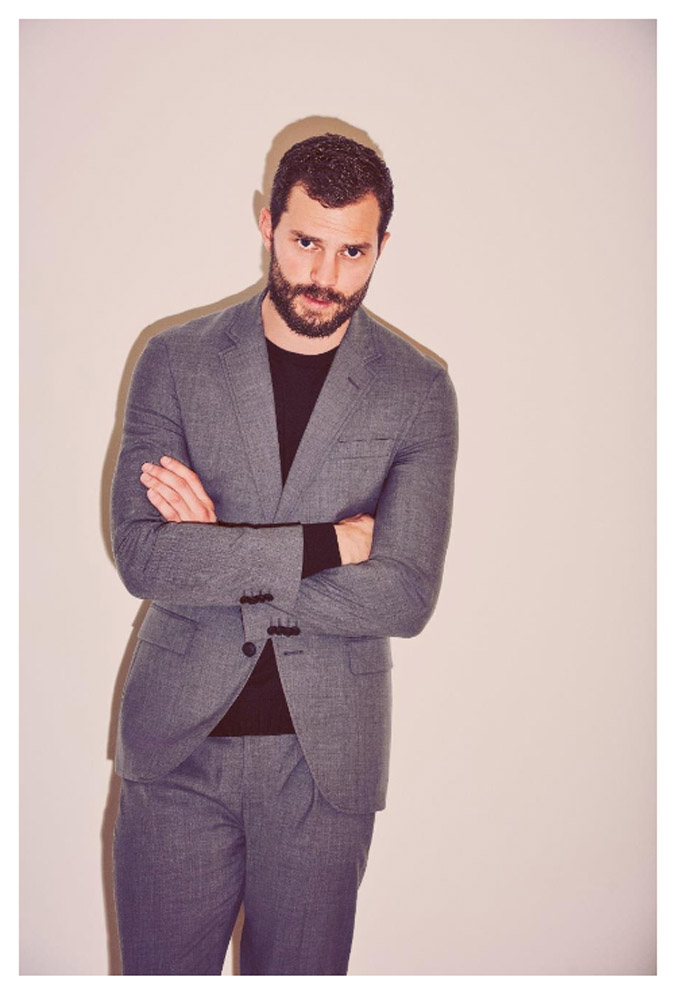 Numéro: After playing a serial killer in his TV series “The Fall”, you worked with director Allan Cubbit again. What drew you to the project “Death and Nightingales”?

Jamie Dornan: Allan Cubbit writes beautiful scripts and he made a huge impact on my life when he cast me for “The Fall”. I’m very grateful to him and I really owe him a great debt. When you have such an easy relationship with someone at work, you have to embrace it and make it happen as much as possible. So, as soon as he mentioned he had a script for me I said yes! before even reading it.

As an Irish-born actor, do you feel connected to the theme of the series?

Yes, and I’ve always said that I want to make movies set in Ireland, about Irish people and their history. It’s a very complicated island and there is a lot of deep, rich history and they’re forever telling stories about it. So during my limited time on this earth, I’m going to try and tell as many of those stories as I can.

In 2020, you’re portraying another serial killer in “Dr Death”, why are you so attracted to playing psychopaths?

(laughs) I'm not sure Dr Death is a psychopath. I still haven’t completely made my mind up. I think he’s more someone who shouldn’t have been in that position. He wasn’t a good enough surgeon, he hadn’t done enough practice. He butchered surgeries and caused huge alarm : two people became paraplegic and two died. What he did was outrageous but I don’t think it was premeditated. He is not a predator like in “The Fall”.

The movie “Robin Hood” doesn’t really fit in with the other projects? How did that come about?

“Robin Hood” was a chance to tell a different version of the story we already know so well. A great director and a very cool group of actors were already attached to it before I got involved. It was fun to make but ultimately didn’t end up being quite being the movie we’d all thought it would be.

One of your upcoming films, “Wild Mountain Thyme” was directed by John Patrick Shanley and also stars Emily Blunt. How was that experience?

I literally finished shooting “Wild Mountain Thyme” ten days ago. It was the most extraordinary experience of my life so far. The opportunity to work with a writer and a director who has won an Academy Award, a Tony Award and a Pulitzer prize for drama for three different projects, happens very rarely.

What is  the most difficult role you’ve ever had?

Playing a serial killer in “The Fall” was the most difficult role of my carreer, however, it’s probably my best received work. Putting myself in that head space was very difficult and not particularly nice, as occasionally I had to allow myself to think how he thinks. I’m happy to say that he’s very far from my own state of mind and I have nothing in common with him!

How did you become the new perfume ambassador at Hugo Boss?

Hugo Boss is a brand I have a lot of respect for and a lot of history with. Before acting when I was modelling, I did 4 or 5 campaigns for them, starting in 2003. I have a good understanding of the brand and I knew people who have been working there for a long time, so it just happened to be a perfect fit.