Certain films awarded the Palme d’or go down in history because they echo the violence of society (Elephant by Gus Van Sant), the suffering or the loss of a loved one (The Son’s Room by Nanni Moretti) or even, as with this year’s Parasite by Bong Joon-ho, because they are just unique cinematographic objects - bringing together for the first time on the big screen themes such as social satire and the horror-thriller. Awarded at Cannes in 2018, the full-length feature film Shoplifters, has remained engraved on our memories for its sensitivity and its tenderness: it paints the portrait of an isolated group, formed by a couple that takes in abandoned children and trains them to become exceptional thieves. A powerful work, that makes us reflect on the definition of the word family and, without a doubt, one of the most moving Palme d'or winners ever.

The musical is, by definition, the cinematic genre that makes us smile. Upbeat songs and frenzied dances set the scene for often more serious themes. In Chicago, Renée Zellweger plays a showgirl suspected of murdering her violent lover, at the height of prohibition in America. Winning Oscars for Best film and Best Supporting Actress for Catherine Zeta-Jones at the 2003 Academy Awards, opening the Berlinale the same year, this adaptation of the musical first shown on Broadway by Bob Fosse in 1975 is a powerful tribute to determined women. Indeed, it’s one of the most beautiful musicals and an absolute must in anyone’s film collection.

This year we’ve heard a lot about Noah Baumbach after the release of his sublime film Marriage Story on Netflix. A major figure of the indie scene at the end of the 2000s, making low-budget films that remained in the shadows, he finally garnered global recognition with his 2012 masterpiece released, Frances Ha. With the help with of his partner, actress and director Greta Gerwig, who plays the role of Frances, the American director crafted a film bursting with ultra-edgy humour and tenderness: he portrays the doubts of a young dancer who dreams of fame, and founding her own company. In one fabulous scene, to the sounds of David Bowie’s Modern Love, he has Frances chasing after success all while taking the opportunity to pay tribute to Denis Lavant’s memorable sprint - to the same music - in the equally iconic Bad Blood (1986) by Leos Carax. 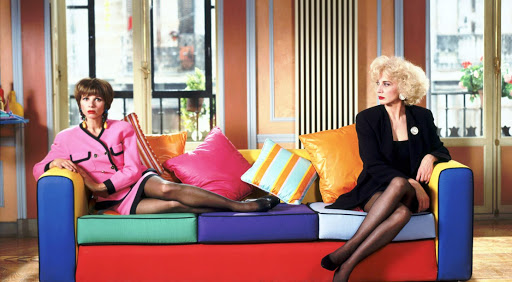 From his first full-length film released in cinemas, Pepi, Luci, Bom and Other Girls Like Mom (1980), to his recent, very autobiographical work, Pain and Glory (2019), every film by Spanish director Pedro Almodóvar makes us smile. And High Heels must be the best example. With its off-beat humour – a fallen pop singer tried to rekindle relations with her daughter and discovers she's married one of her former lovers –, its female characters (Victoria Abril and Marisa Peredes) at the height of their sensuality, and a cutting-edge soundtrack by Japanese composer Ryuichi Sakamoto, the winner of the 1993 César for Best Foreign Film hasn’t aged a bit. 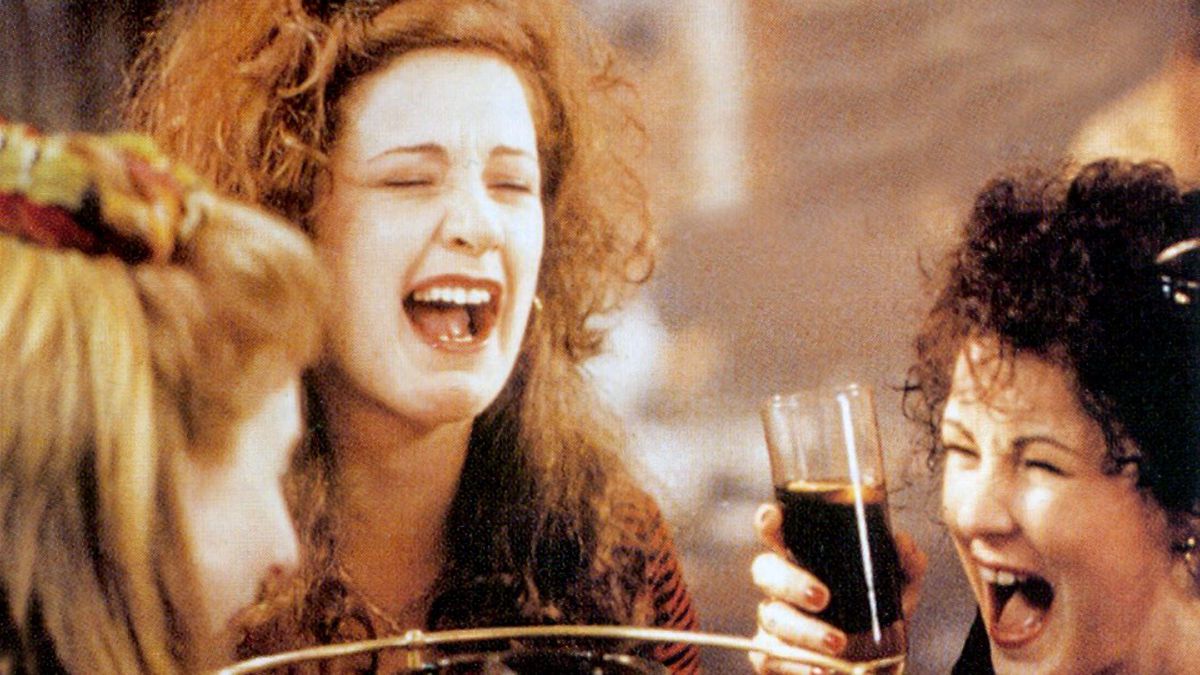 5. The Snapper (1993) by Stephen Frears, available on LaCinetek

Along with Mike Leigh and Ken Loach, Stephen Frears embodies the renaissance of British cinema in the 1980s: films inspired by scenes from daily life, never shot in studios and that often starred non-professional actors. For his film The Snapper, the Leicester-born film maker recounts the story of a family from a working-class area of Dublin. Between invasive neighbours, disobedient children, ambient cacophony and a lack of money, the Curley family didn’t anticipate their eldest daughter getting pregnant by a stranger, and Father is determined to identify the guilty party… A hilarious comedy, rendered sublime by a very Irish (i.e. uninhibited) humour, this is an utterly memorable film that never received the attention it deserves. 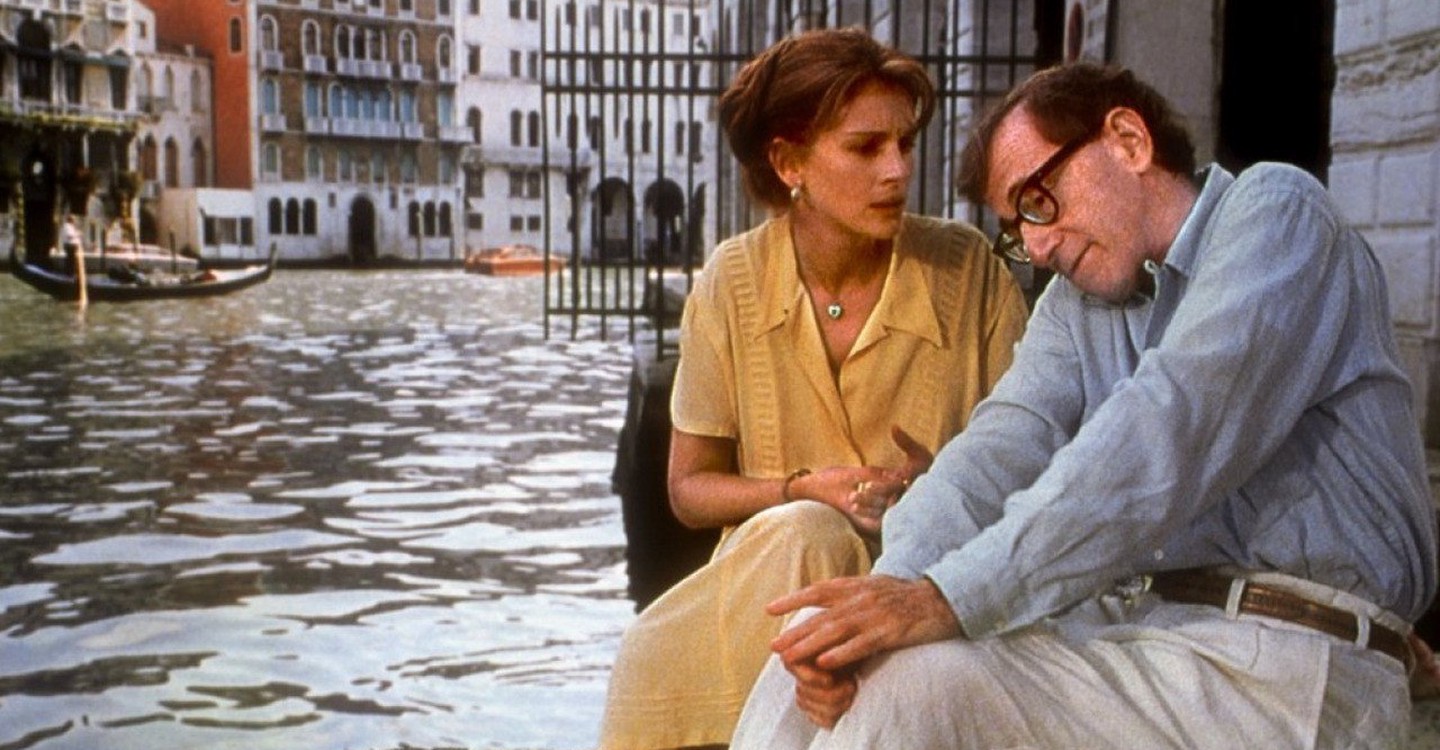 6. Everyone says I love you (1996) by Woody Allen, available on myCanal

From Woody Allen’s filmography, Everyone Says I love you might not be the first movie to come to mind. While Annie Hall, Midnight in Paris and Hannah & Her Sisters were showered with praise, all more or less depicting the neuroses of the main characters – often portrayed by the director himself – the only musical by the New York filmmaker is full of gems and tender moments, making you smile from start to finish. Set between Venice and New York, Woody Allen falls in love with Julia Roberts while Drew Barrymore cheats on Edward Norton with Tim Roth… All deliver remarkable vocal performances.

7. Shut up and Play the Piano (2018) by Philipp Jedicke, available on Amazon Prime

Documentaries are to the film world what Chilly Gonzales is to music. In other words, unmissable. Released in cinemas in 2018, Shut up and Play the Piano looks at - through interviews, archive footage, concerts and testimonials from the man himself - the life of Canadian Chilly Gonzales, an outstanding musician and showman who oscillates between calm classical music, frenzied piano sessions, - sporting a bathrobe, tap shoes and a tennis player's headband - and a cappella rap sessions. A refreshing chronicle on the life of a brilliant and eccentric musician.