“Queen & Slim”: from a Tinder date to a criminal tandem

When a banal internet date becomes a living nightmare... In Queen & Slim, her first feature film, the brilliant director Melina Matsoukas transforms a failed romantic encounter into a powerful and ferocious commentary on the African-American condition. 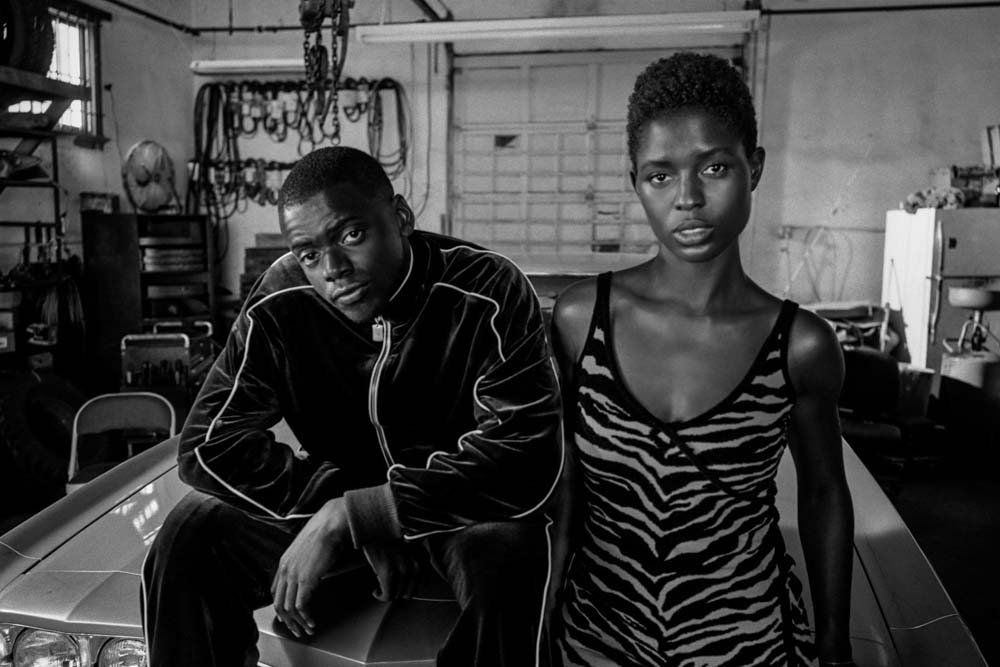 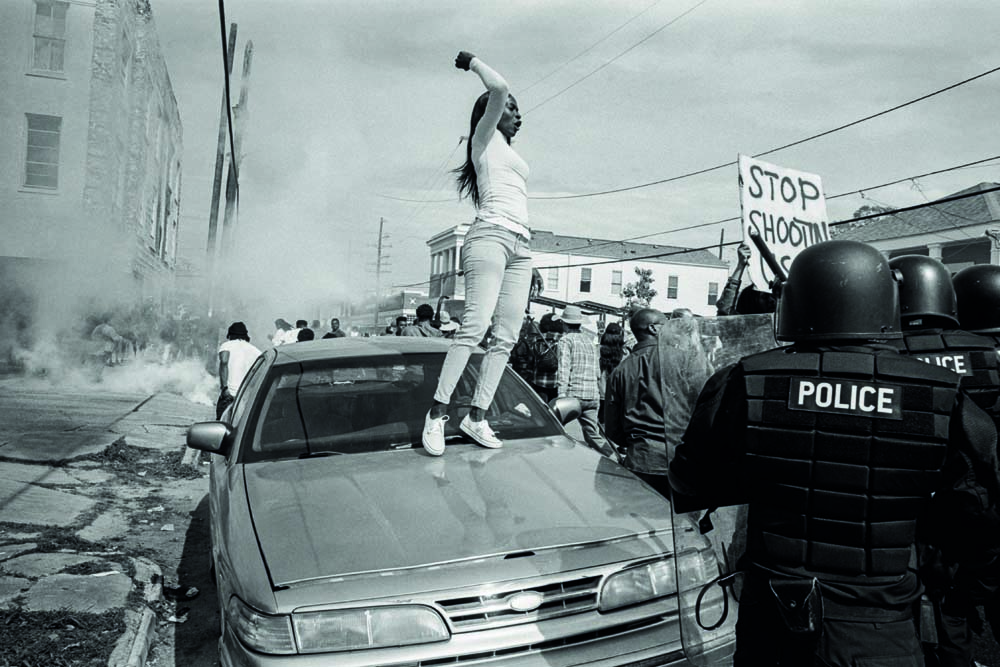 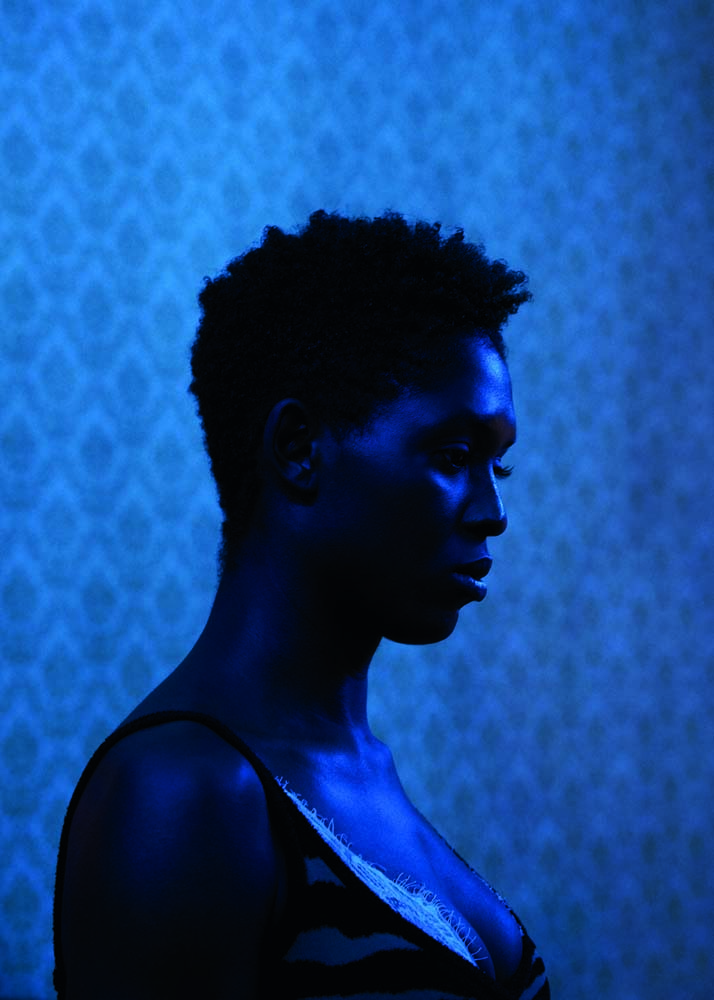 In a slightly seedy diner in Ohio, a black man and woman sit opposite each other in silence. While she fiddles with a few leaves of plain salad, a look of disgust on her face, he noisily slurps down a plateful of scrambled eggs with a glass of flat Coca-Cola. Once he’s finished, Slim (Daniel Kaluuya) begins picking at the lettuce in his date’s plate, while Queen (Jodie Turner-Smith) can only think of getting back home: tomorrow she’s defending a difficult case in court. Disappointed by their encounter, the two silently climb into a car whose radio blares out soul music. On the way, they are flagged down by a police officer, who, after an altercation, points his gun at Slim’s temple and fires at Queen.

Complete strangers just a few hours earlier, they are now forever linked by a crime – the murder of a racist cop. While the opening scene of Melina Matsoukas’s first feature film denounces the police violence that is currently endemic in the U.S., the rest of the story goes well beyond this narrow theme. Topical, modern and compelling, Queen & Slim doesn’t just lament the fate of black Americans shot down by the police forces who are meant to protect them, for it is also a powerful meditation on the African-American condition, a portrait of a community whose members are not just bat- tered by violence, poverty and discrimination but also healed by love, hope and mutual aid.

Matsoukas could have spun a tale where reason dominates, a moral fable in which Queen – the attorney who incarnates the rule of law – could have forced the murderer to turn himself in and plead legitimate defence. But the 38-year-old director instead chose to set her story in the real world, a place where blacks are never innocent and are condemned from birth simply because of the colour of their skin. “I wanted to talk about the problems facing the whole African-American community in contemporary society,” explains Matsoukas. So she sends her pro- tagonists off on the run in a sublime musical journey across rural, con- servative America, a place opposed to any kind of progress. From Ohio to Louisiana to Mississippi, the America of Queen & Slim is also black America, a country of multiple nuances, capable of the best and the worst, the most brutal and the most tender. The director turns her camera on the ambivalence of Western societies, at once “ultra-connected but highly individualist,” believing themselves progressist but remaining immobile where advances in the rights of minorities are concerned.

Matsoukas began her career ten years ago making music videos for Rihanna (Rude Boy, 2010), Beyoncé (Upgrade U, 2007) and her sister Solange (Losing You, 2012). Raised on a diet of MTV, she grew up in the New Jersey of The Sopranos – slightly remote countryside that is nonetheless not so far from the multiculturalism of New York. The daughter of a black Cubano-Jamaican mother and a Greek-Jewish father, her teenage years were set to the sound of 90s hip-hop. After studying film at NYU, she moved to Los Angeles.

With Queen & Slim she’s trying to reverse the power structures that rule the sev- enth art. “I wanted to show charac- ters that are under-represented on screen and also to offer her first part to an unknown black actress.” Spotted during the early auditions for the role, Jodie Turner-Smith was the obvious choice, and forms a tan- dem that is both fiery and vulnerable with an actor who is already well-known to the general public: Daniel Kaluuya, who, thanks to two master-fully acted major roles in Get Out and Black Panther, has become a recog- nized figure in contemporary African-American cinema. The duo is joined by fashion and indie-cinema icon Chloë Sevigny (former girlfriend of director and scriptwriter Harmony Korine) in the role of a housewife who comes to the rescue of the cou- ple in distress.

Queen & Slim has frequently been compared by American com- mentators to Bonnie and Clyde (Arthur Penn, 1967). But while both couples are criminals, Faye Dunaway and Warren Beattie voluntarily defy the law, whereas Queen and Slim are the victims of a society that rejects them “They transform their misfortune into power, fight the oppression that surrounds them and fall in love,” explains Matsoukas. “The movie’s characters are unique and have nothing to do with Bonnie and Clyde.” An erroneous reference, then, that she does everything to discourage. “When you make a movie about the place of African-Americans in society, it’s always compared to a previous film by a white. That way everyone can identify with it. But my story is a totally original adventure” – and also one of the best road movies of 2019.