As Tarantino exhumes Charles Manson, here are 4 other serial killers who inspired cinema

Dark, sadistic and tortured, fascinating fodder for the press and psychology experts alike, serial killers have burst into the headlines throughout the eras, gripping entire countries with terror. These complex and terrifying characters have long provided an inexhaustible source for thrillers, detective stories and horror films. So, just as Quentin Tarantino announces the release of his new movie “Once Upon A Time in Hollywood” about Charles Manson, Numéro looks at 5 psychopaths whose blood baths have inspired the movies. 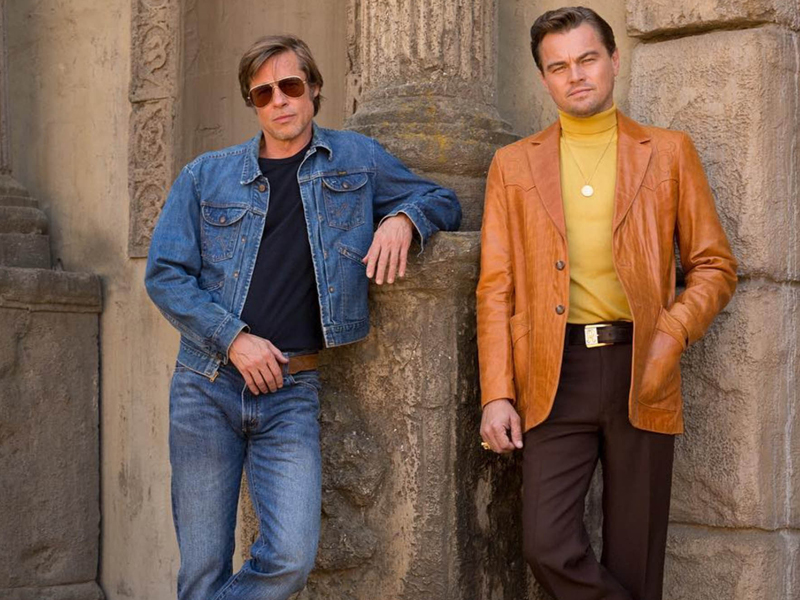 Brad Pitt and Leonardo DiCaprio Quentin Tarantino’s new film, “Once Upon a Time in Hollywood”.

Sometimes nicknamed Gemini, sometimes Scorpio, the enigmatic Zodiac Killer is unquestionably pop culture’s most favourite serial killer. Still at large and unidentified, he terrorised Northern California between 1966 and 1978 with no less than five confirmed murders and possibly another 30 suspected killings. Known for repeatedly taunting the authorities with letters and cryptograms (some of which remain unclear today), his case sparked the interrogation of more than 2500 suspects over the decades and has provided endless terrain for the over active imaginations of directors. The first came in 1971 as Dirty Harry examined the Zodiac Killer’s case. Almost 20 years later, in The Exorcist III, Father Karras is possessed by the tormented soul of the 70s serial killer. In 2007 Jake Gyllenhaal and Mark Ruffalo pull their hair out searching for the murderer in the eponymous movie Zodiac. And on the small screen, his name haunts the characters in Mindhunter as well as season 5 of American Horror Story (Hotel), where the killer – masked – is invited to Devil’s Night.

Trailer for the film “Zodiac”.

2. Ed Gein, the necrophiliac killer and body snatcher of the late-1950s

While he didn’t choose an esoteric pseudonym, Ed Gein hit the headlines at the end of the 1950s for his necrophiliac killings and body snatching in the state of Wisconsin. The son of an alcoholic father and a fanatical Lutheran mother, he was also known as “The Butcher of Plainfield”, following the discovery of clothes and furniture made of human skin from exhumed corpses and two women he admitted to killing. His story inspired some of the most important movies in history starting with Alfred Hitchcock’s Psycho (1960), later adapted for television with a series entitled Bates Motel. The killer was reincarnated in the young Norman Bates, suffering from a split personality. In The Texas Chainsaw Massacre (1974), Ed Gein became Leatherface, the serial killer in his homemade leather mask. In 1991, American director Jonathan Demme created the terrifying Hannibal Lecter, the killer in Silence of the Lambs, inspired by three serial killers including Ed Gein. He’s also present in season 2 of American Horror Story (Asylum), this time under the name of Bloody Face.

Trailer for the series “Bates Motel”.

3. The copycat crimes sparked by A Clockwork Orange

Released in cinemas in 1971, Stanley Kubrick’s film inversed the roles. This time it was a fictional work of aesthetic violence that inspired a slew of atrocities. Kubrick’s sci-fi film follows the morbid adventures Alex DeLarge, a sociopath obsessed with rape, classical music and ultra-violence, who heads up a gang of thugs he calls “droogs” (from the Russian word друг, meaning "friend", "buddy"). A social satire with the goal of denouncing behavioural psychology as a weapon of psychological conditioning, it correlated with a marked increase of delinquency following its release. Known as ‘copycat’ crimes, gratuitous acts of violence were perpetuated by young British people, supposedly influenced by the film. In his book Stanley Kubrick: A Biography, John Baxter quoted the Times magazine, noting that many “cases of rape, murder and beatings attributed to the influence [of A Clockwork Orange]” were reported. In 1974, after another spate of crimes and hate mail, Kubrick decided to withdraw all copies of the film circulating in England.

The trailer for the film “A Clockwork Orange”.

4. Alain Lamare, the Killer of Oise

While less than the USA, France has had its fair share of serial killers. Director Cédric Anger used the famous 1970s case of Alain Lamare, AKA the Killer of Oise, as the theme of his movie, Next Time I'll Aim for the Heart (2014). And it was actor Guillaume Canet who stepped into the shoes of the criminal. In the Oise region, a policeman leads a double life and commits a series of murders between May 1978 and April 1979, for which he himself is then in charge of investigating. In the same vein as the Zodiac Killer, he provokes the police by sending them handwritten letters claiming responsibility… After being arrested, it was decided he wasn’t responsible for his acts due to suffering from a rare mental illness, heboidophrenia, a form of schizophrenia.

The trailer for the film “Next Time I'll Aim for the Heart”.

5. Charles Manson and his henchmen

For his latest film, director Quentin Tarantino has dipped into the story of Charles Manson, the most famous and most dangerous serial killer of Los Angeles who ravaged the hippie years. Born to an alcoholic prostitute mother he went to live with his uncle and aunt (who turned out to sadistic guardians), before becoming leader of a community he called the “Manson Family”, made up of 30 – 50 people involved in drug trafficking. A self-proclaimed reincarnation of Christ, Charles Manson combined exerts from the Bible with texts from the BeatlesWhite Album to forge his own unlikely prophecy about an apocalyptic war between black and white people. In 1969, he committed the most publicised murder ever, that of Sharon Tate, who had the misfortune of living in the home of music producer Terry Melcher, who Charles Manson had targeted. With Melcher moved out, the “Manson Family” slaughtered the new occupants instead including the famous actress who was eight months pregnant at the time, along with four of her friends at the house that day.

Quentin Tarantino’s new film, Once Upon a Time in Hollywood, has a 5-star cast including Brad Pitt, Leonardo DiCaprio, Margot Robbie, Dakota Fanning, and even Al Pacino. It’s set for release during summer 2019.