Game partners in Christopher Nolan’s “Interstellar”, Matthew McConaughey and Anne Hathaway are back on screen together thanks to Steven Knight and his new thriller Serenity set for release in January 2019. 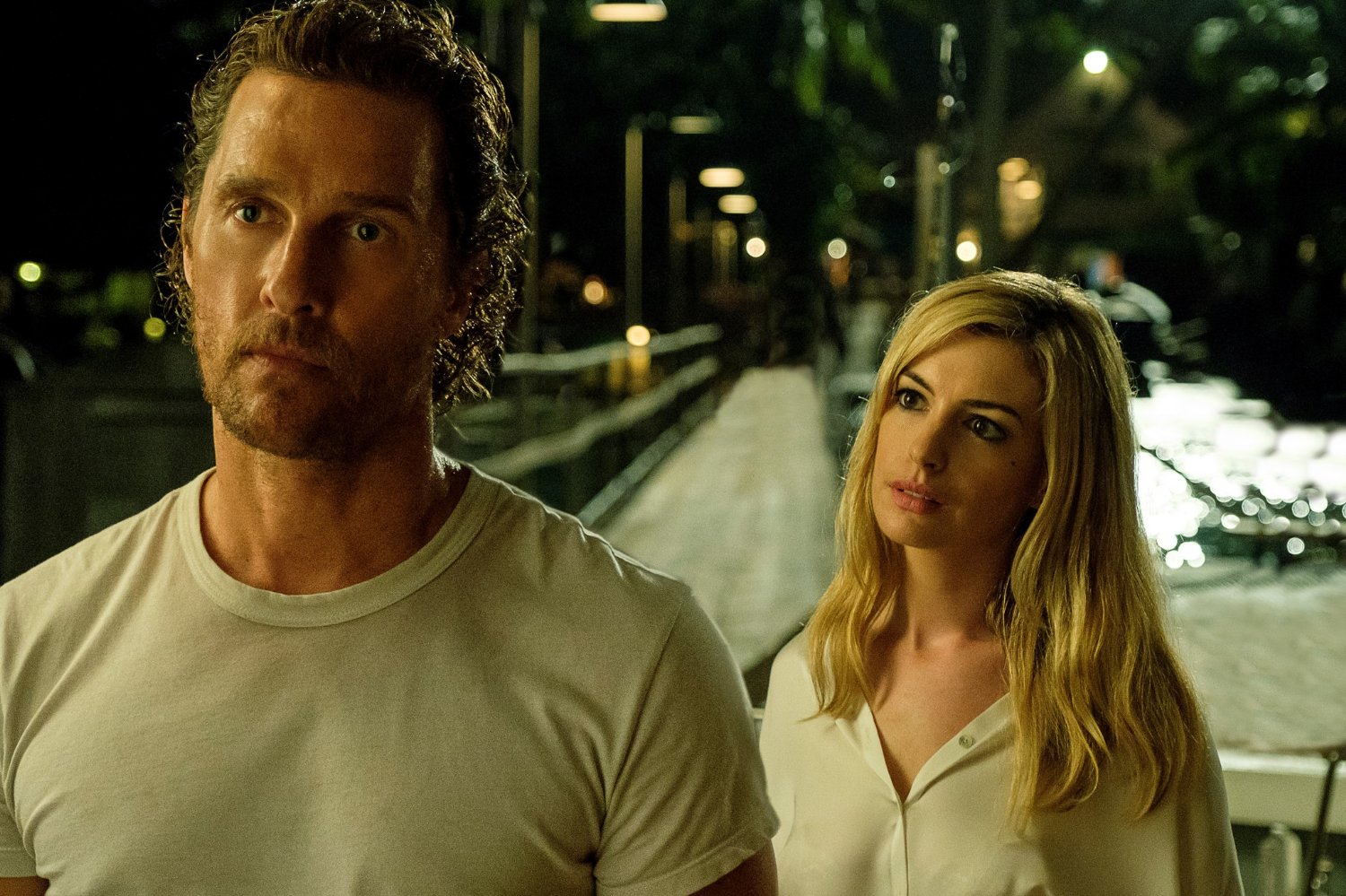 Four years after the now cult Interstellar by Christopher Nolan, film maker Steven Knight – creator of the TV series Peaky Blinders – has orchestrated the reunion ofMatthew McConaughey and Anne Hathaway, as they share top billing in Serenity, a breathless thriller set for release in the USA in January 2019.

Unlike Interstellar  in which Anne Hathaway proudly sports a pudding basin-cut, here the actress has a blonde mane worthy of a femme fatale. In Serenity she plays Karen, a women suffering domestic abuse at the hands of her partner (Jason Clarke), who decides to contact her ex-husband (Matthew McConaughey), a lonely fisherman. Together they hatch a very simple plan: feed the violent lover to the sharks…

Faced with this synopsis, it’s hard not to imagine a strange mix between the film Mud by Jeff Nichols in which Matthew McConaughey plays a man seeking refuge on a Mississippi island and Steven Spielberg’s Jaws. In the meantime, the American actor will also be starring in Undercover – A True Story (January 2nd 2019) and The Beach Bum, a stoner movie by Harmony Korine.

Serenity by Steven Knight set for US release in January 2019.