The re-enactment of Michael Jackson’s trial

2005. The law says TV cameras can’t cover the Michael Jackon case. Not a problem for the E! channel. They’ve made a soap out of it.

“The world is a stage, the stage is a world... of entertainment,” sang the cast of The Bandwagon in Vincente Minnelli’s 1953 musical. Five decades later, even if the quality is a touch dubious, he’s as right as ever. Illusion is still the norm, albeit a slightly less believable illusion. In this day and age, the actors of that odd Hollywood production are more likely to blurt out a farcical: “The world is a wig, the wig is a world,” plastic hair and fake lashes aflutter. All that because they might have seen the stunning pop, TV, legal and conceptual happening of the moment. Namely, the daily broadcast of the re-enactment of Michael Jackson’s trial for paedophilia on the E! channel in the US, already renowned for its inimitably trashy Hollywood Stories.

We could have watched the tribulations of Jacko live and in real time, but the judge banned cameras in the courtroom out of an understandable concern for decency. Exit Court TV and other specialists of legal broadcasting and enter the overactive imagination of the kings of entertainment. Kevin McLellan, E! Entertainment’s president, is quick to point out that “[t]his is not the first time a trial has been re-enacted. We’d already done this for OJ Simpson’s trial in 1996. Once the judge banned cameras, it seemed like the only way to go.” E!’s set-up has been some- what complicated by the various constraints included in the judge’s ban. However, the network took advantage of a bizarre loophole in the American legal system that allows the court reporter to sell his or her transcript of the trial. Minutes after the daily adjournment, the channel receives the transcripts. An editorial board selects the most dramatic moments that are then re-enacted and broadcast the following day. 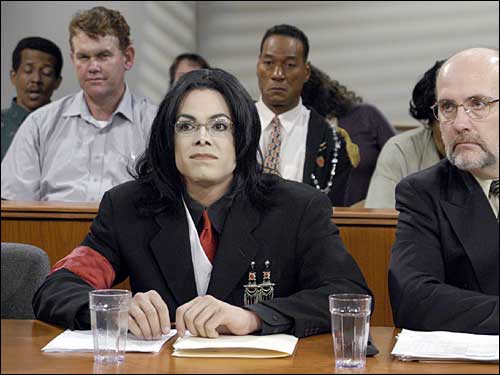 After the green light, the set located on the ground floor of E!’s Los Angeles offices in an insipid Wilshire Boulevard tower block, becomes the stage of a strange exercise worthy of a contemporary art installation. Four cameras cover a replica courtroom in which the actors have a few minutes to master their script that then scrolls down the teleprompts during shooting, as in a karaoke, a completely disembodied pantomime. “If one word is wrong, we shoot it all over again from the start,” McLellan explains. “All changes are forbidden.” The actors-cum- automatons are advised by several E! special correspondents who have watched the proceedings and describe the behaviour of the protagonists. If Michael Jackson glares, so does Edward Moss, the professional double who plays his “part”. If MJ scratches his head, so does he. The day MJ arrived in court wearing pyjamas, so did Ed Moss. The cameras barely move and the harsh lighting is directly on the faces. Between these “excerpts” from the trial, legal specialists soberly comment on what has just been shown. “We do not regret the ban on dramatising events. Until now the real content of the trial has been sufficiently dramatic,” Kevin McLellan declares without any qualms, or indeed any irony!

The stage production of the trial of a being, whose life is nothing but a production of an extreme sort, is the latest theoretical abyss conjured up by international pop culture. Performance or low-grade trash TV? Either way, the TV is once again the place where today’s obsessions find form and where the most interesting spectacles are on offer. This particular one has a flavour of infinite sadness, as it goes dredging in some worrying depths. The taste of tired countenances and dreams of Peter Pan gone terribly wrong. Fascinating, naturally. 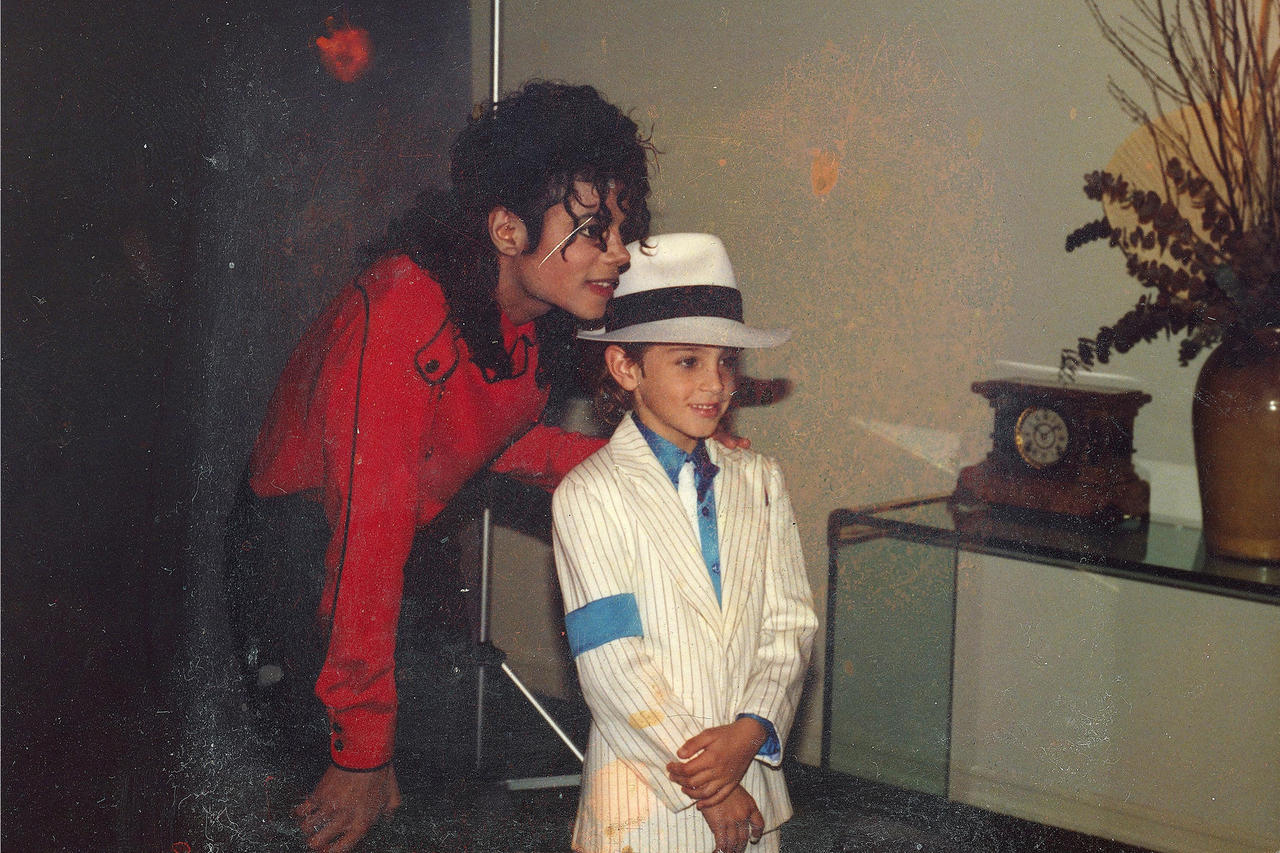