Numéro caught up with the unconventional and exuberant designer Ron Arad

At 65, the Anglo-Israeli continues to dazzle in the fields of art, architecture, jewellery and design with his unexpected forms and inexhaustible ideas. Numéro caught up with him in his bespoke London studio.

From the dealers’ point of view, Ron Arad is without doubt one of the major figures of Design Art, a practice that has seduced the art market with its blurring of the boundaries between the functionality of design and the pure aesthetics of sculpture. Each time one of his pieces of “furniture,” as they’re labelled, is exhibited in a gallery or sold at auction, their value rises. The designer himself, meanwhile, seems to have found a very identifiable trademark. Yet Arad’s practice is far from restricted to the realization of objects for the opulent residences of rich collectors in search of a bit of eccentricity. His ability to produce, simultaneously, limited-edition objects, industrial design, scenography and architecture becomes immediately clear on entering his Chalk Farm Road studio in London’s Camden Town. Arad, who came to the UK from Israel, has been based in Camden for nearly 25 years now, in a space that is at once workshop, office and showroom. “Every morning, on my way to my old studio in central London, I went past this former textile workshop. I was intrigued by the bric-à-brac, and one day I found out that one of the buildings was to let,” he explains. Out in the street one sees only a rusty metal door, in what looks like Corten steel, with a discreet plaque marked “Ron Arad Associates.” And at the end of the entrance passage, one can just make out his fetish vehicle, a very rare Will Vi – a Japanese homage to the Citroën Ami 6, which looks like something Arad himself would have designed.

Once in the courtyard, the presence of other buxom cars might make you think you’re visiting a collector: a small goods vehicle, a Nissan S-Cargo and a vintage Cinquecento, the latter perhaps a “survivor” from his 2013 show at Turin’s Lingotto, for which he literally flattened several of these “yoghurt pots” so as to transform them into bas-reliefs that paid homage to the industrial object. Arad’s studio is up on the first floor, and it’s immediately obvious that he designed his entire work environment himself. Indeed what else would one expect of a trained architect? Only, as it happens, the studio looks more like an exhibition set than a classic design office. “Originally it was a roof terrace. So I designed a modular structure to cover it while keeping within the building regulations,” he explains, pointing to the textile roofing stretched onto eccentrically curvilinear supports. As for the wooden floor, it looks like something out of a skatepark, and is dotted with countless chair and object prototypes. But despite the surrealist big-top ambiance, the whole place is very studious, the location of Arad’s personal office allowing him to keep an eye on the 20 or so staff he employs.

In real life he looks pretty much the way he does in all the magazines, his neo-hippy outfits – complete with scarf and eccentric headgear, which he designed himself – being an integral part of his identity. Despite a slight Droopy-style pout, he seems to maintain a rather chirpy mood whatever the situation – even if he goes round his studio a few times before finally deciding to sit down at the conference table, and shows his mastery of the interview process by replying as he sees fit when he sees fit, playing with the situation to test his interlocutor. All of which is a little bit like his way of working, his refusal to define himself as either an architect, a designer or an artist, leaving the observer to make up his or her own mind. It’s obvious why his big retrospective at New York’s MoMA and Paris’s Centre Pompidou a few years back was called No Discipline.

Architect? Designer? Artist? Ron Arad leaves it to the spectator to define his work. It’s obvious why his big retrospective at New York’s MoMA and Paris’s Centre Pompidou a few years back was called No Discipline.

Arad grew up in Tel Aviv, the son of a sculptor father and a painter mother. “I came to London in 1973 to study at the Architectural Association,” he explains. “But not to become an architect! I saw the AA more as an art school where you could experiment. At the time, nothing was being built in London, so in the end drawing was the best means of expression.” London in the 70s was also a place of intense cultural exchange, and the city was still surfing on its swinging-60s legend. But it was in a much less Pop context – the Thatcherite London of the 1980s – that Arad first found fame with his Rover chair – an old Rover 2000 car seat fixed onto scaffolding tubes, whose first buyer was Jean Paul Gaultier – followed by his Concrete Stereo, entirely made, as its name suggests, of concrete. “After working for a while with an architect, I quickly understood that I had to do my own thing, and follow my own aesthetic criteria.” Which is when the DIY-recycling aesthetic that would make him famous was born. “People often talk about a post-punk or ruin attitude with respect to me. What’s the point of fighting against such labels if they reassure people? At the time I was thinking more of Picasso’s collages and Duchamp’s ready-mades.” His interest in industrial production came much later, even post-dating the invitation from Rolf Fehlbaum, head of Vitra, to join the list of designers (among whom were Frank Gehry, Gaetano Pesce and Ettore Sottsass) he was assembling to produce the brand’s first limited-edition series. Since that time, Arad’s many collaborations with all the big names – Magis, Cappellini, Alessi, Driade, etc. – have been seen at every furniture fair and design week on the planet. And they always display the same modus operandi: doing, as far as possible, what has never been done before. At this year’s Milan fair, Moroso will be staging a retrospective of their 30-year partnership with Arad.

The 2016 Salone will also see a new collaboration for Arad, with Swarovski. After several experimental exhibitions with designers, the Austrian crystal manufacturer has finally decided to launch a series of objects for the domestic interior. Atelier Swarovski Home, as the collection is called, entirely breaks with the image of glass animal figurines that is usually associated with crystal. Arad’s contribution will no doubt surprise, since he’ll be unveiling an entire alphabet chiselled in the sparkling material. “This 3D typography was designed as a series of objects following a brief that stressed the specific characteristics of the material, the ergonomics of each letter, but also the cost of manufacture and the functionality. Because in fact these are decorative home accessories that can be used as paper weights, as bookends and, why not, in domestic rows!”, laughs Arad.

Arad’s attitude and production bear witness to his constant quest for renewal. His practice has long included interiors – the Y’s shop in Tokyo, bedrooms at the Hotel Puerta America in Madrid, the forthcoming Watergate Hotel in Washington – but he went one further at the end of the 2000s when he built the Design Museum in Holon, Israel. Today his studio counts around ten architects working on buildings of very diverse typologies, such as the Mediacité shopping centre in Liège, a villa in the Shibuya district of Tokyo, or the Beit Shulamit cancer centre in Israel, whose construction will begin this autumn. “Projects of this type take time to be realized, since, where architecture is concerned, you have to have a client in order to start work on a building. Whereas I can decide at any moment to start working on a studio piece,” he explains, all the while making it understood that, whatever it is he’s designing or making, the creative process is essentially the same.

And indeed looking at Arad’s website, the countless references one finds, the huge number of unrealized projects he’s included, and also the many less well-known or deliberately unpublicized realizations all tell their own tale. Don’t be fooled by the cool exterior and nonchalant attitude: the man is an insatiable creator who spends hours perfecting the lines of a letter or exploring all the possible variants of a form, at every scale and regardless of established categories, a true “total designer.”

The ATELIER Swarovski Home collection will be launched on 12–17 April at via Cusani 5, Milan, and available for purchase as of September 2016. 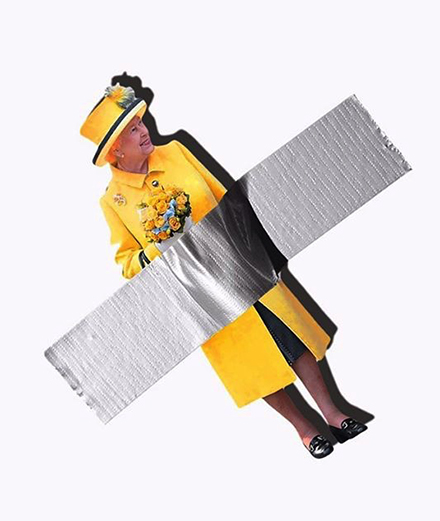 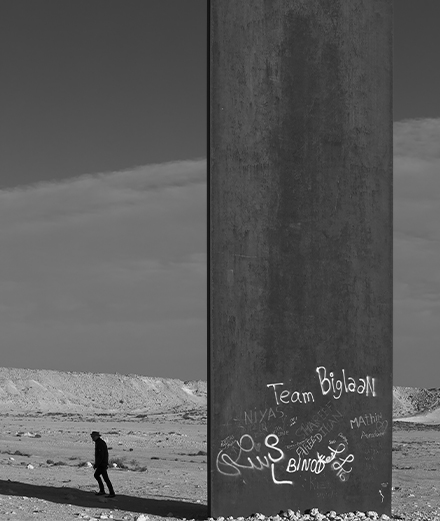 Richard Serra, between heaven and earth 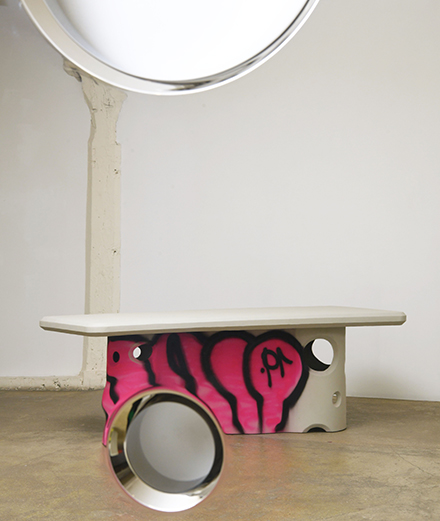 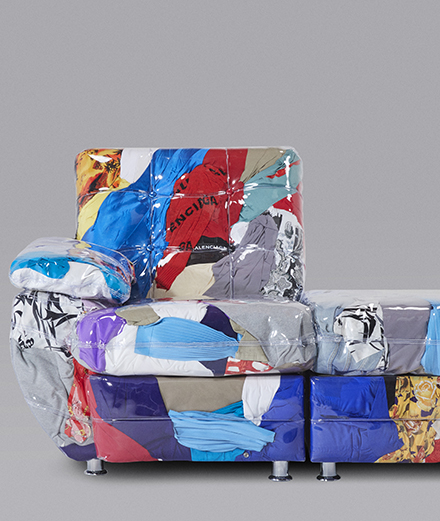