A true modern icon, she’s a top model, actress, and now singer and novelist. Spearhead of a new generation of women determined to take control of their own destiny, the new face of Dior’s skincare line has used her success to become a planetary phenomenon. Through Instagram and other social-media networks, she talks directly to her audience, broadcasting a message of self-belief and tolerance. Numéro spoke to the British beauty with 41 million followers. 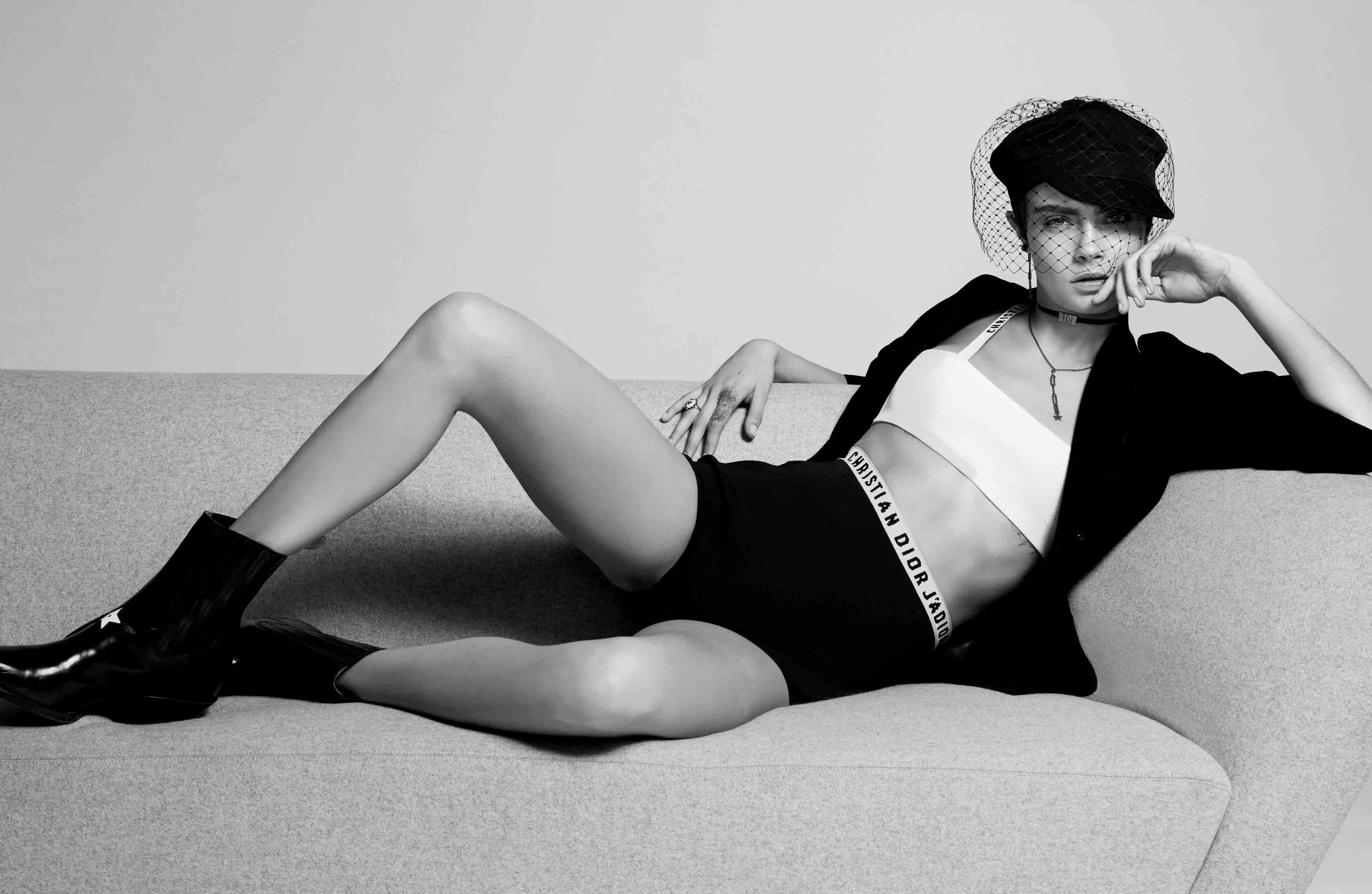 At just 25, British model and actress Cara Delevingne has already clocked up over ten years in the business, with a CV that counts 11 films and over 140 runway shows for the world’s most prestigious fashion houses. Born in London, she’s the daughter of a former personal shopper at Selfridge’s and a property developer, both with aristocratic origins, and was spotted at the age of 15 by Sarah Doukas, founder of Storm Model Management, whose discoveries famously include Kate Moss, in 1988. With her rebel air, haughty look and thick eyebrows, Delevingne soon conquered the major magazines and fashion houses, but in parallel began to emerge as one of the leaders in a new generation of top models who make clever use of social media, and in particular Instagram, to take control of their own image. With 41 million followers, Delevingne’s voice counts and, like the model and activist Adwoa Aboah, she uses her fame to transmit a message of respect and tolerance. She also showcases her daily life with humour, demonstrating a capacity for self mockery that reveals the born actress in her – an aptitude that hasn’t gone unnoticed, since the seventh art has been calling on her talents since 2012. In just five years she has notched up a filmography that includes the costume drama Anna Karenina (with Keira Knightley), the blockbuster Suicide Squad and the latest Luc Besson movie, Valerian and the City of a Thousand Planets. Just recently she’s added two new strings to her bow, with a first song for the soundtrack of Valerian and a first novel, Mirror, Mirror. Where modelling is concerned, Delevingne is now the new face of Dior’s skincare line Capture Youth. She told Numéro all about her meteoric career rise

Numéro: After a career début as a model and muse for the greatest fashion houses, you’ve recently become an actress, for example in Luc Besson’s Valerian and the City of a Thousand Planets, a singer with the track I Feel Everything and a published author with the novel Mirror, Mirror. Where does this multidisciplinarity come from?

Cara Delevingne: I’ve always had a passion for the arts so this was an inevitable transition. I love getting to disappear into a character when acting or creating characters while writing. This diversity of disciplines allows me to express all my creativity and is a great expression of my imagination.

Looking at your filmography, the diversity of roles you’ve accepted is very striking – a costume drama like Anna Karenina, action films such as Suicide Squad or Valerian and the City of a Thousand Planets, or the modern-dress drama Tulip Fever with Alicia Vikander. How do you choose them?

Yes, I do choose films that are very different, because I like getting under the skin of characters that have absolutely nothing to do with each other. But what they have in common is that I’m always attracted to characters that are strong and bold. In my novel, the characters are all teenagers. Their age was imperative to the story, but I also think it was important to create a narrative that allowed teenagers to learn to accept who they are as individuals. We’ve all been through adolescence – it’s when you evolve, start to learn who you are, construct your personality. I based the novel on diaries I kept when I was younger, looking back at my own life and how those issues affected me then.

“I believe that society often wants to put people in a box, and I feel it’s important for people to know that individuality is beautiful, whether it’s to do with the way you look or who you love. In my interviews, or even in the roles I choose, I always try to get across the idea that believing in who you are is important.” 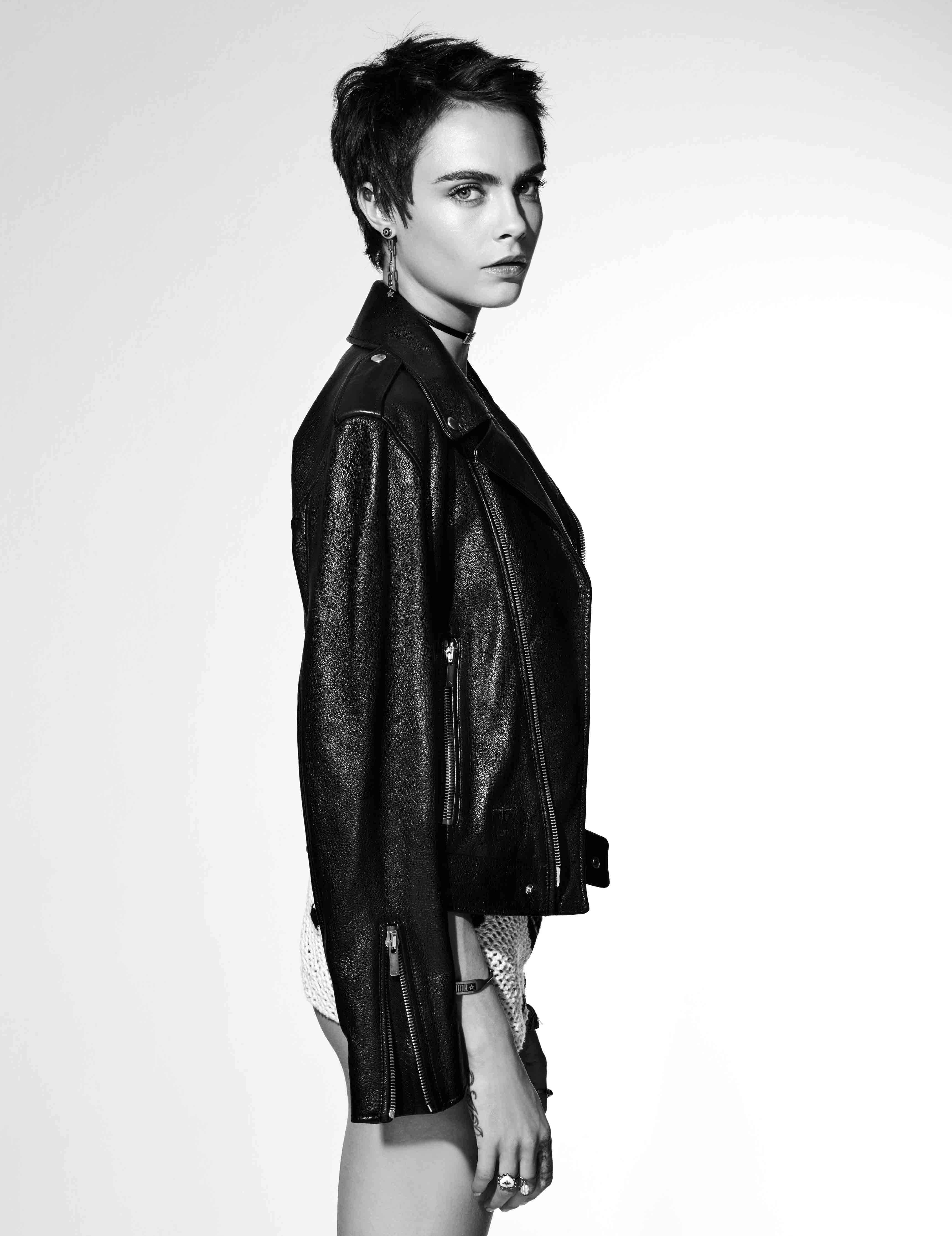 In October it was announced that you will be the new face of the skincare line Capture Youth by Christian Dior Parfums. How do you feel about this new challenge?

I’m so proud of becoming the ambassador for Dior and of joining the iconic group of women who have represented the house in the past – women who are known for their bold creative choices such as Natalie Por tman, Charlize Theron and Jennifer Lawrence.

Could you describe your beauty routine?

My beauty routine changes depending on what I’m doing that day. If I’m on set, it’s determined by the art director and the makeup artist for the shoot. If I’m doing press, by my personal makeup artist. I feel that beauty is a great way to show off my personality. I definitely like to make bold choices, whether professionally or personally, and I like collaborating with the makeup artists I work with. On my most recent press tour, my team and I would collaborate on the look before I sat down in the chair, but then I’d really let them create. The look we created together was it’s own beauty.

In your interviews, as well as on the web platform Gurls Talk – founded by your friend, the model and activist Adwoa Aboah – you defend the acceptance of different types of beauty and sexuality. Why is this important to you?

I believe society often wants to put people in a box, and I feel it’s important for people to know that individuality is beautiful, whether it’s to do with the way you look or who you love. In my interviews, or even in the roles I choose, I always try to get across the idea that believing in who you are is important. I try to advocate tolerance.

I’m currently in production on an Amazon series called Carnival Row, a futuristic detective story in which I play the role of a fairy who disappears. Orlando Bloom plays the inspector investigating the case. I’m also constantly writing and creating, so who knows what else you’ll see from me in the upcoming year… 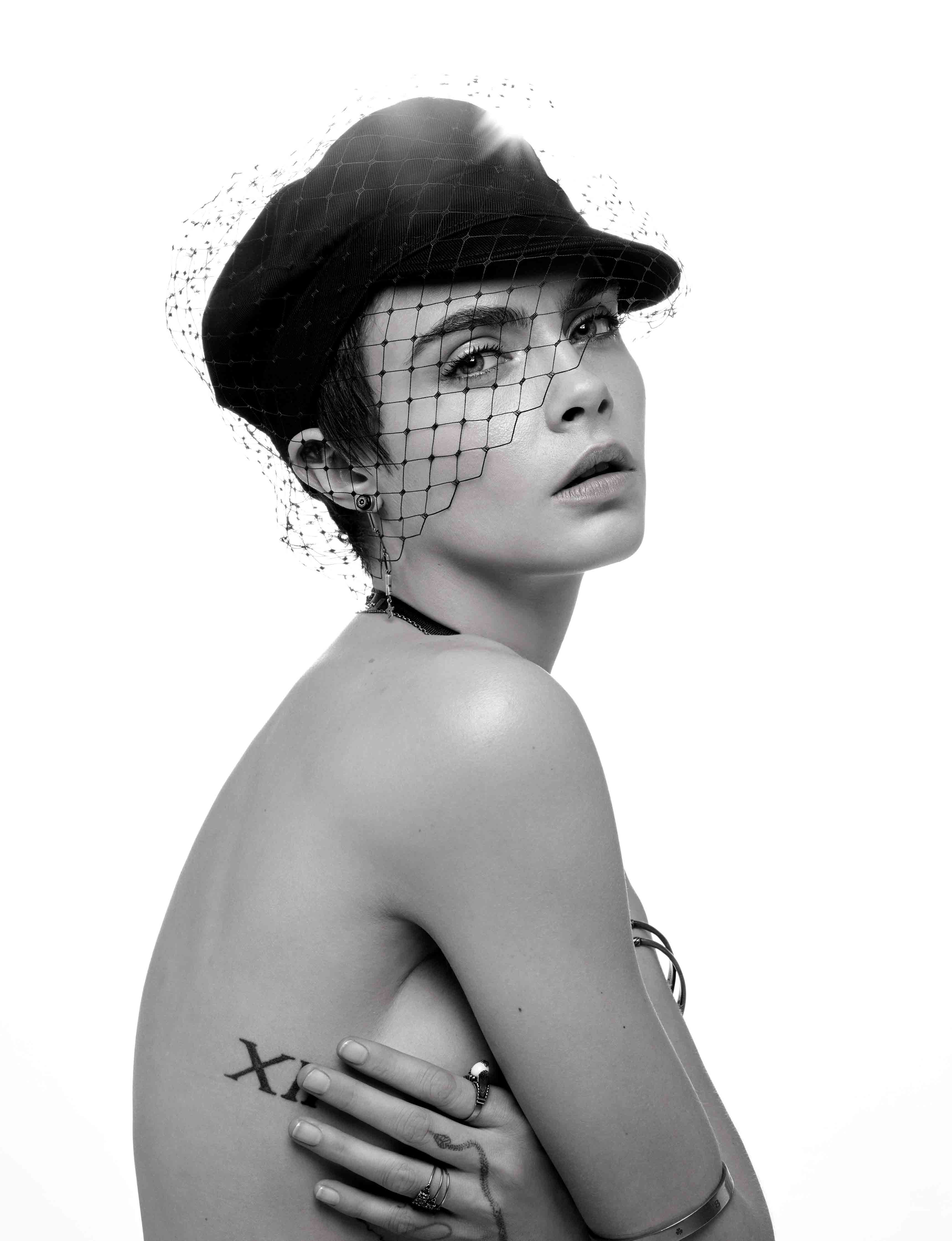