Following in the wake of the legendary Vivienne Westwood, a young generation of designers is reinventing fashion through the prism of ecological and ethical values, putting the accent on craftsmanship, upcycling or new methods of sustainable production. “Numéro” shines the spotlight on five environmentally conscious pioneers. For this last article, discover Applecore. 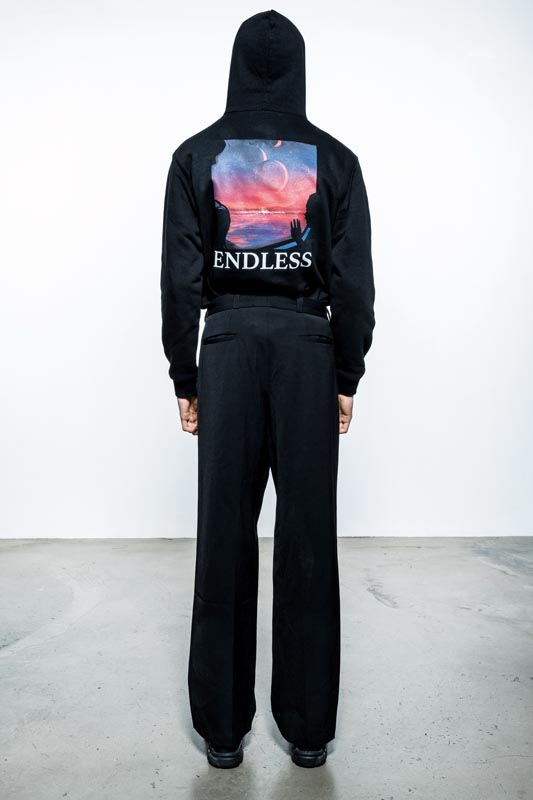 Steven Alexis and Moriba-Maurice Koné are representative of a new face of France, a country that enjoys fabulous multicultural riches, even if sometimes, bogged down as it can be in archaic hierarchies, it has difficulty recognizing and owning that fact. The pair’s origins – Caribbean for Steven, Malian for Moriba-Maurice – played a definite role in the development of their personal values, and though they’re never alluded to in a literal way in their collections, they provided them with a tool for looking beyond the mainstream, affording them a different viewpoint on the world. “We’ve known about upcycling since we were children,” explains Moriba-Maurice. “It’s a certain idea of the value of sharing. In our families, we wore the clothes that our elder brothers had worn, then they were passed on to other members of the family. When I met Steven and we founded our brand together, he was already buying very few clothes. At that time I was buying more, but it was because I was sending them back to my family in Mali.”

In 2015, Steven, the creative allrounder trained in architecture and graphic design, and Moriba-Maurice, who graduated from the Institut français de la mode (IFM), and is also a renowned DJ and producer on the Paris scene, created Applecore, their streetwear brand which is conceived as a vector of strong values, first among which is respect for people and for the planet. Among their natural preoccupations, producing locally in limited quantities and eco-responsible materials is high up on the list. Last April, Steven took part as a speaker in the Big Blue Project, an annual conference that aims to raise awareness in the fashion industry with respect to new eco-responsible practices. His talk was about the advantages of blockchain, a new production system that “allows total traceability for a garment, a bit like the registration document of a car. This complex system is radically different from the way things are currently done, and also contributes to equitable revenues for small producers, helping, for example, to increase the spending power of an eco-cotton producer in Mali. It’s an idea founded in sharing and decentralization, and it’s so much more human.” 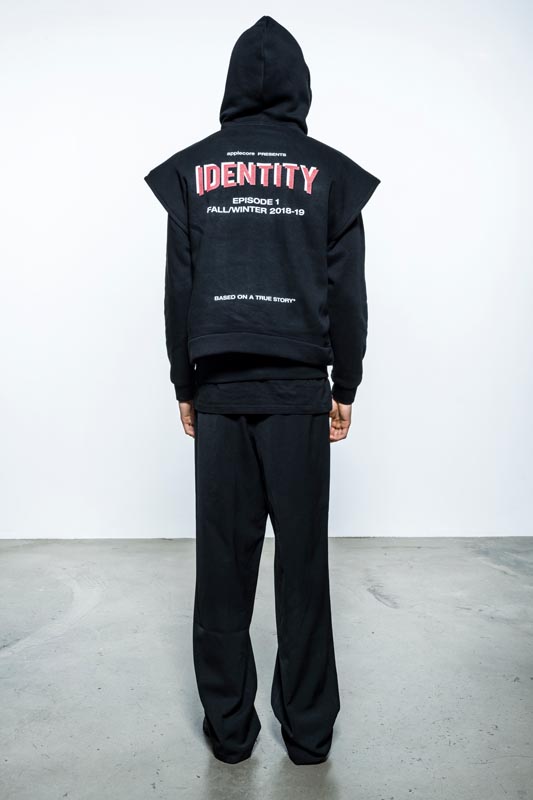 In fashion collections that draw, on the one hand, from functional design and, on the other, from street and hip-hop culture, Applecore also apply themselves to transmitting the messages of a new generation that finds solidarity in its concern for ethics and respect for all. The collection entitled Identity, for example, dealt with issues of self questioning and construction – by analysing their own trajectory, Steven and Moriba-Maurice invited others to do the same. “A brand is an ecosystem,” continues Steven. “There are people behind it all. And what we want to do is incite people to think globally about what they buy. For us, liking an Applecore garment also means being able to defend and give reasons for that choice, not only with respect to aesthetic criteria.” The duo plan to develop their vision of functional design by taking ever more care over the details of their pieces, all the while continuing to combine ethics and beauty in collections that evoke the big social questions of the world we live in today.