Meet Craig Green, the jewel in the crown of English fashion who also collaborates with Moncler

Craig Green is known for his daring and futuristic volumes, and a permanent tension between functionality and artistic experimentation. Moncler have also noticed his talents: for the brand’s latest Genius project, he’s created a striking outerwear collection. 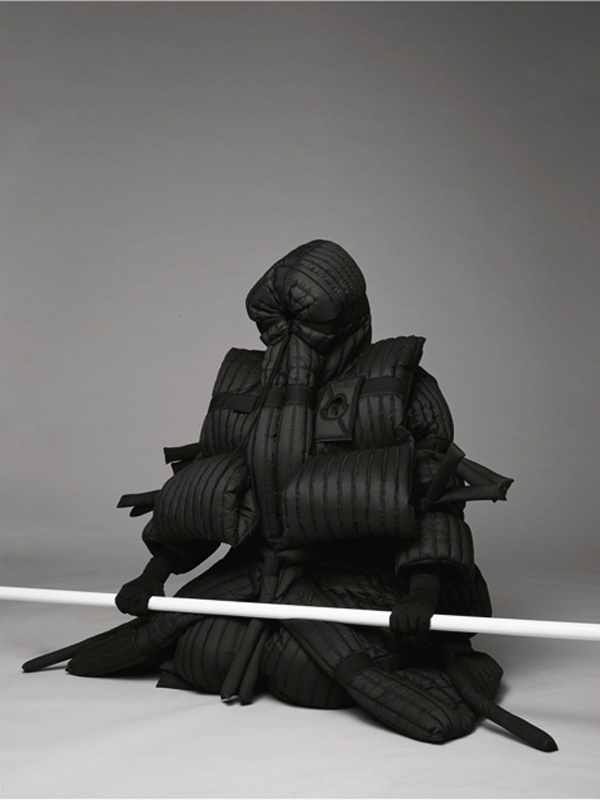 Since launching the label that bears his name in 2012, Craig Green has established himself as one of the most innovative and exciting menswear designers of his generation. In just a few years his vocabulary that aligns art sculptures and a wardrobe rooted in the traditions of functionality and workwear, has achieved veritable cult status. From his vast and recently acquired studio, near London City Airport, the British designer and his team of 11 people work daily on developing his brand, which today includes a line of basics, Craig Green Core and a denim line. From Fall-Winter 2017, Moncler started calling on the services of the young prodigy for Moncler x Craig Green capsule collections. Last February during women’s Fashion Week in Milan, the down jacket specialist presented its new Genius project, eight collections designed by a handpicked selection of artistic directors and stylists, destined to be sold at a monthly rhythm. Craig Green was of course one of the lucky ones. Between futuristic astronaut suits and soft samurai armour, his experimental Sci-Fi influenced propositions have delighted the public. The man behind the collection tells us more.

Numéro Homme: Before going into fashion, you were originally doing sculpture and painting. How did this secondary vocation come to you?

Craig Green: At school, I excelled in art lessons. I loved making objects. I think that comes from the fact that various members of my family are artisans: my dad is a plumber, and my uncle a carpenter. At the weekends to earn a bit of money, I would help them out. I spent my childhood surrounded by materials and making objects. So, it felt normal for me to try and get into art school. I thought I’d become a sculptor or painter. At the time, I’d never heard of Central Saint Martins, but a friend of mine told me they offered the best teaching in those fields. The first year is a general course which lets you have a go a lots of different disciplines. So, I had a go at fashion. 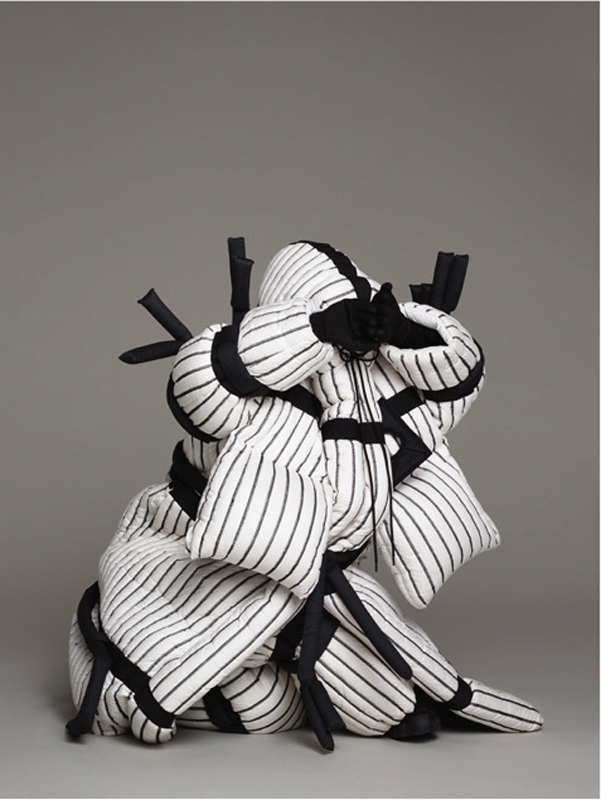 And what was it about this discipline that seduced you into changing direction?

The fashion students were the first ones to get to college and the last ones to leave. Their studio was always full of people and they shared the same social life, they all went out together after lessons. I instantly liked this feeling of belonging to a community. On the art course, the studio was empty, everyone worked at home according to their own timetable. I got swept up with this excitement that came out of fashion. That’s how I ended up changing courses, very empirically. I just wanted to try out this direction, it seemed right at the time. Back then I knew absolutely nothing about fashion, no designer’s names, I’d never even bought a fashion magazine. I learned as I went along.

Where does your love for uniforms come from, it always features in your collections?

When I was a student, every day I wore an old deliveryman jacket [a classic in American workwear]. I always saw my parents wear uniforms and I like this idea of clothes demonstrating a belonging to a community. The collection I showed for my masters explored the relationship between professional dress and liturgical clothing. Workwear has functionality requirements, while liturgical dress expresses the idea of spirituality in a symbolic way, but there are quite a lot of similarities in their construction: the simplified shape, clothes which often come as one size only. Then I realised, about a year after launching my brand, that my work is founded on the uniform and community clothing. Which comes directly from my family roots and my own personal existence. 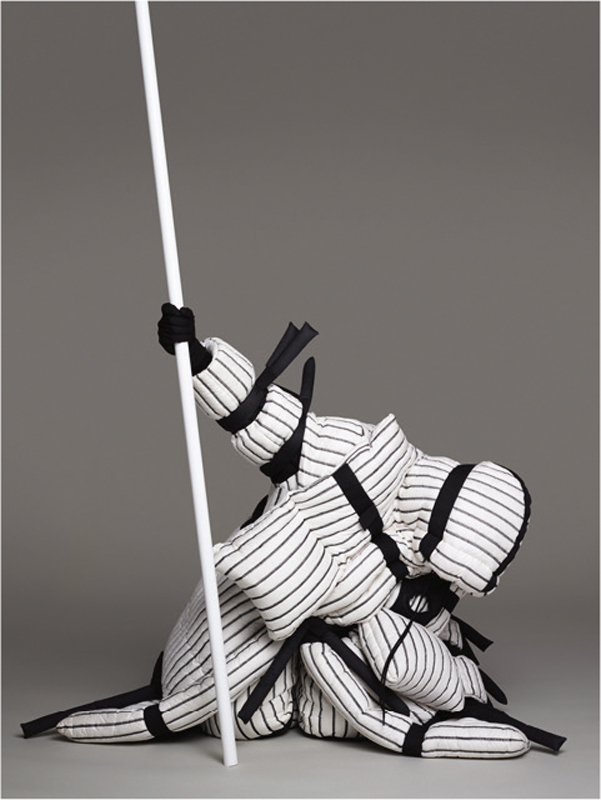 How do you conceptualise the tension that exists in your collections between the inspiration drawn from uniforms and the unbridled experimental creativity of some of your garments?

From the very beginning, I’ve cultivated a tension between my most extreme offerings and the more accessible and functional pieces. Mainly because I think it’s very important to make stuff you can dream about with spectacular runway shows. When I was still a student at Central Saint Martins, one of my friends managed to get two invites for a fashion show, and they asked me to go along. The energy was amazing. I remember watching the show thinking how crazy it was to provoke such powerful emotions just by getting models to walk up and down to music for a few minutes. My heart was pounding, the energy in the room was maxing out. I think it was at that moment I decided to become a fashion designer. That’s why some of my looks can seem extreme, because I think that if I’m asking an audience to come and see me then I need to give them a good show. But even those most extreme looks play with functionalism: some elements of the garments do serve a purpose, others are purely decorative. One of our classic jackets is adjustable at the waist by pulling on cords that hang down. On other pieces the cords and the links don’t do anything. It’s this game around the notion of functionality that characterises all of my collections. 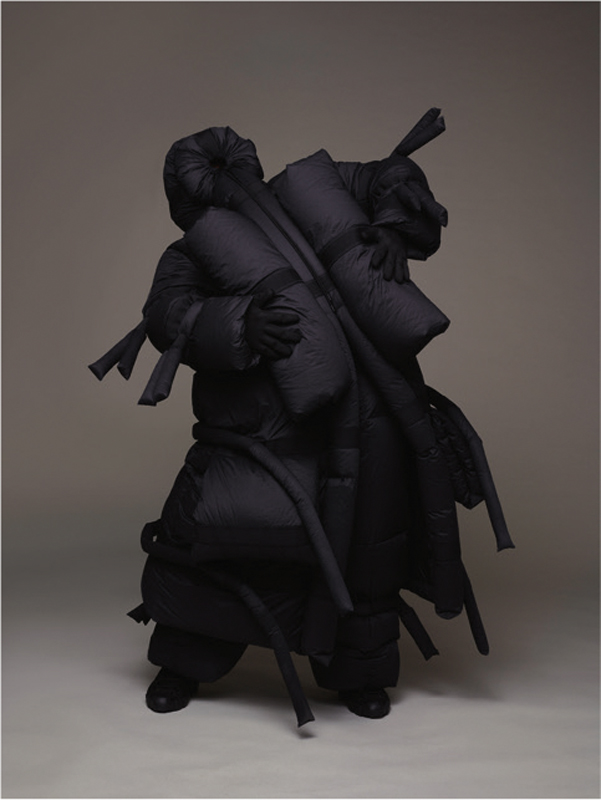 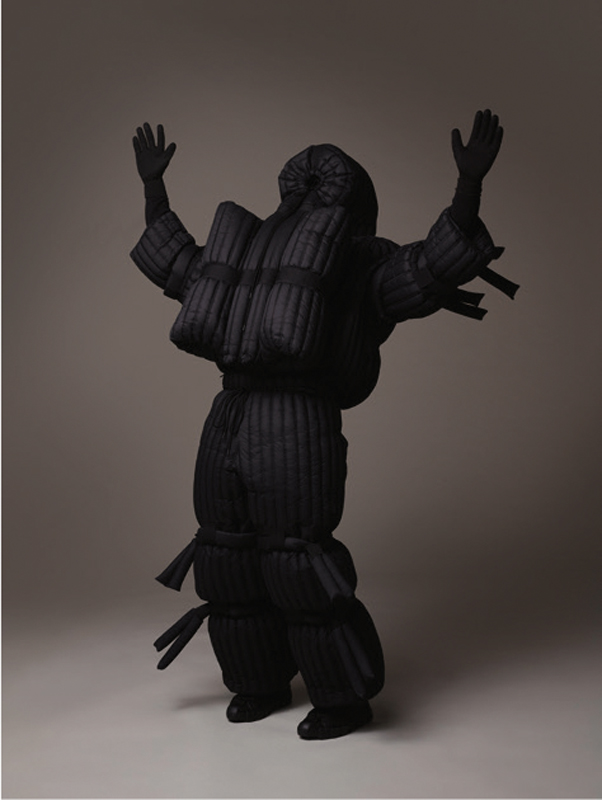 You talk about liturgical clothing and spirituality. Does your fashion translate into an ethical conscience?

It translates, more or less, as a pretty romantic idea around the power of uniform. I wore a school uniform and at the time, like all teenagers, I found it oppressive. But when I look back now, I think it was actually quite magnificent. There was one day every term when you could wear your own clothes. That day the rich kids wore cool sneakers and branded clothes, while the poorer kids didn’t have any of that. Instead of judging people by their characters, we judged everyone according to their social level. Maybe that’s where this romantic vision of uniform comes from, as a positive element in our society. In ‘real’ life, we rarely see people wearing the same clothes in the street, nuns maybe or mechanics. Not everyone wears a suit to work in an office anymore. Even sub-cultures are less visible. So, the presence of uniform has become something rarefied.

“The starting point for this collection was to create pieces that resembled rafts: you could jump off a burning ship wearing one these down jackets and float in the sea. I wanted to play with the idea of protection.”

You’ve been collaborating with Moncler for two years now. What does your style and that of the Italian brand have in common?

The Moncler identity lies with the notions of protection and functionality, two notions that are also present in my own work. I approach each one of my collections for Moncler by thinking about certain themes. I also like the fact that the brand is known for a core product, ie the down jacket. This jacket is very light, functional but also part of an urban uniform. 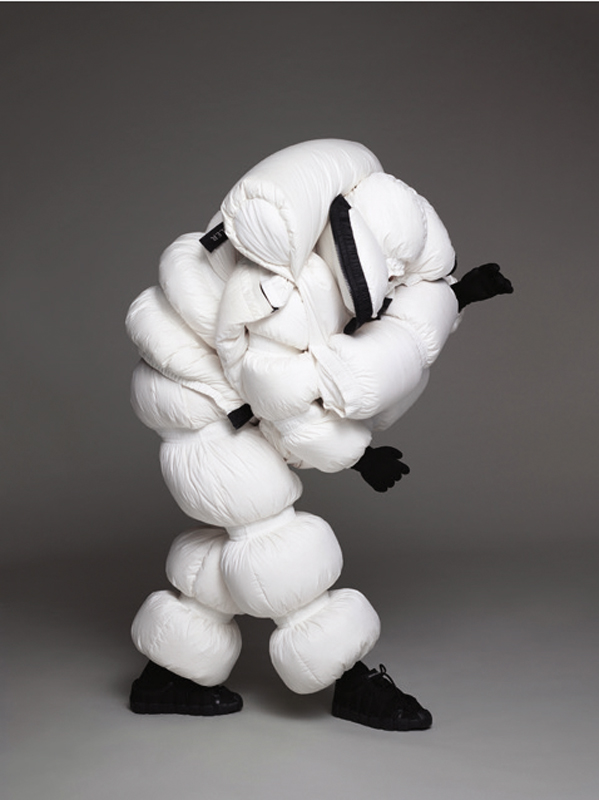 Would we be correct in thinking that your collection for Moncler Genius has a Japanese influence, like soft samurai armour?

The starting point for this collection was to create pieces that resembled rafts: you could jump off a burning ship wearing one these down jackets and float in the sea. I wanted to play with the idea of protection. I like the sculptural dimension of the Moncler down jacket, that joins up with the sculptures I’ve produced for my own shows. That’s where this idea of soft armour came from. Almost like you’re layering on life jackets and life belts. The pieces comes with a flexible tube, like the ones you get on a life jacket. I’ve been collaborating with Moncler since 2017. For this Genius project collection, Remo Ruffini, the CEO at Moncler asked me not to hold back, to make the most extreme pieces possible. Working with someone who encourages weirdness is both rare and precious.