From a video for W magazine to the latest Yeezy campaign by Kanye West, Paris Hilton, the trashiest icon of the 2000s, is making her comeback, slowly but surely. So how is the fashion industry giving the ultimate heiress a chance to stage her renaissance? 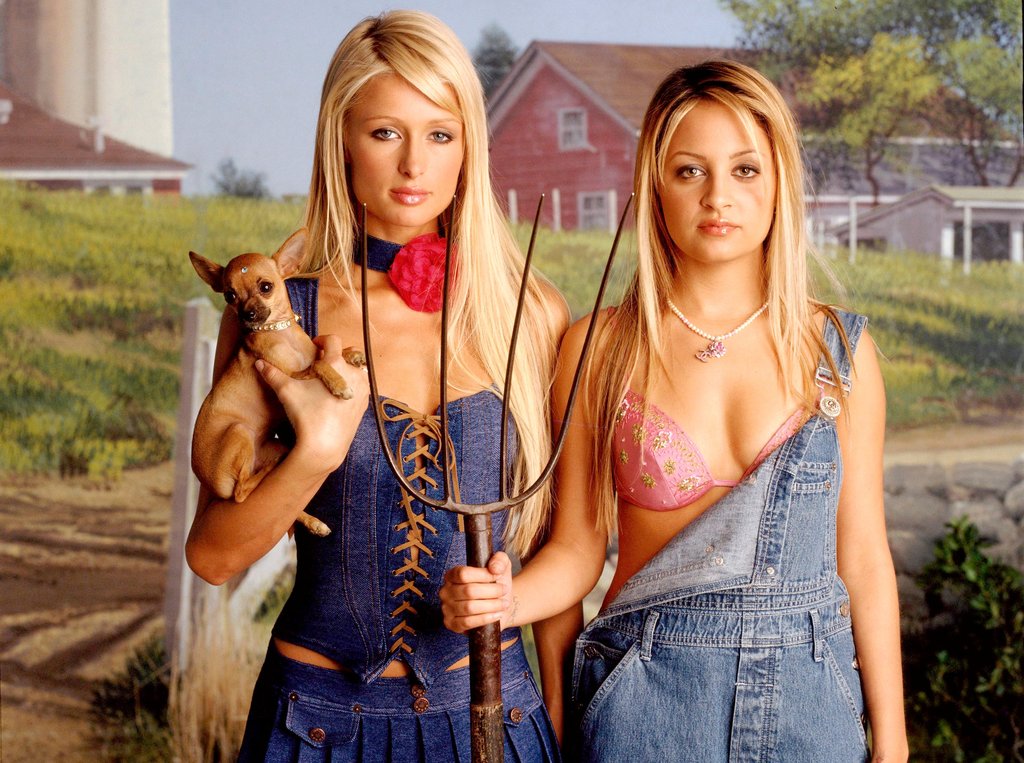 "In just one minute and 58 seconds the American blond sent minimalism and elegance – everything exalted by the decade 2010 – packing.”

But Paris Hilton alone embodied the 2000s. Strutting through Beverly Hills in belt-size mini-skirts, low-cut jeans, peachy jogging trousers, furry boots and lace-up sandals, she had an entire generation of parents fearfully watching their daughters copy her dubious sense of style. At the peak of her glory and bad taste however Paris Hilton and her chihuahua Tinkerbell were knocked off their thrones by ex-best friend Kim Kardashian, thanks to a sex-tape, a family TV show and later on some extreme re-looking by Kanye West. By the early 2010s, the dizzy antics and glitzy lifestyle of Paris Hilton no longer interested anyone. 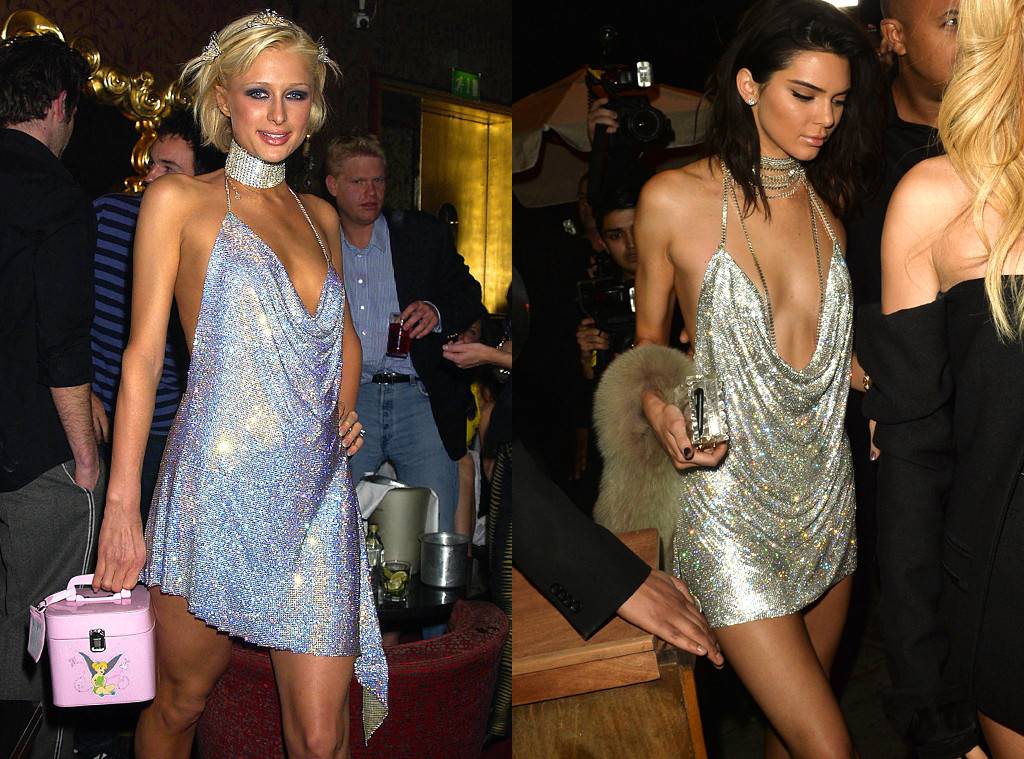 In spite of several million followers on Instagram, Paris Hilton, a seasoned businesswoman, was struggling to maintain her status as trendy icon. More often mocked than admired, the skinny blond paled in comparison to the Kardashian-Jenner clan busy accumulating minimalist streetwear looks validated by planet fashion, including Anna Wintour. Then in September 2016, designer Philipp Plein, known for his shows featuring famous folk like Chris Brown and Fergie, invited Paris Hilton to walk his runway in a show evocatively entitled “Alice in Guettoland”. Two months later Kendall Jenner, an Instagram mega-star and one of the top three best paid models in the world according to Forbes, chose to celebrate her birthday in a Swarovski strass-swathed dress identical to one worn back in the day by the Hilton heiress. Three million crystals… and as many likes on Instagram. Paris Hilton was back on track.

"In less than a year the trash icon of the 2000s, embodying everything that was awful about the American star system has been redeemed and is slowly working her way back into the spotlight.”

The latest step of this return to icondom came in May 2017, when the uber trendy magazine W, known for its controversial fashion shoots and subject matter, gave her a big interview and a video in which she explained – with incisive humour and kitsch – the trends of the 2000s she’d kept for 2017: sparkly sweatpants, emblazoned t-shirts, mini-skirts, Ugg boots, pink, tiaras, rhinestones, baseball caps, low-cut jeans and piercings. In just one minute and 58 seconds the American blond sent minimalism and elegance – everything exalted by the decade 2010 – packing. 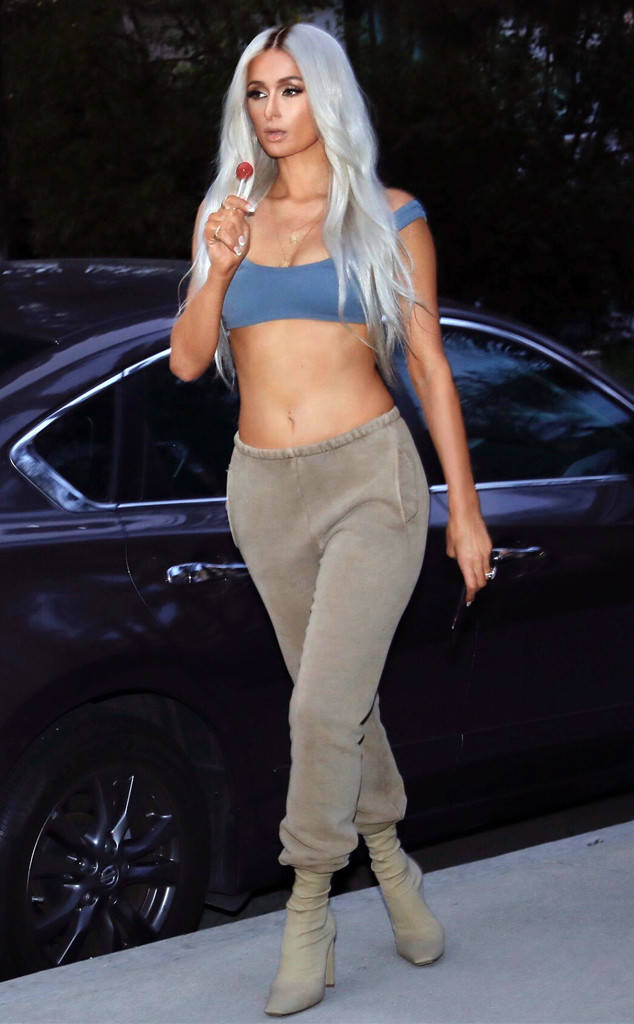 Gaining credibility thanks to the Kardashian-Wests

Between endless parties in LA, a profusion of luxury items and naughty photos, Paris Hilton and her life as a wealthy bimbo annoys and even exasperates. Yet a few days ago the heiress touched her followers and the women’s press with a marriage proposal on top of a mountain in Aspen, complete with an enormous solitaire. Public opinion, less indifferent than normal, was apparently one of delight. Paris Hilton is officially back shimmering once more in the limelight. On January 31st, Kim Kardashian and Kanye West helped matters with their unconventional presentation of season 6 of Yeezy, the label created by the rapper in collaboration with Adidas. Having declared last year that he was abandoning the classic runway show format, we’d since heard a loud nothing from one of America’s prime megalomaniacs...

Not for long. Resurfacing on the social network over which Kim Kardashian reigns supreme to introduce Yeezy Season 6, he got a handful of it-girls to dress up as his wife. Sarah Snyder, Amina Blue and not forgetting Paris Hilton -  since reconciled with her ex-best friend – generated the perfect buzz. With her blond mane dyed almost white, in beige sweatpants and boots, and grey sports bra, in short, a KK clone, the Hilton heiress rediscovered her credibility. And in less than a year the trash icon of the 2000s, embodying everything that was awful about the American star system has been redeemed and is slowly working her way back into the spotlight. It just remains to be seen if the fashion industry, often provoking and delighting in this kind of turnaround, will indeed make Paris Hilton a legend.