Exclusive: designer Virgil Abloh by Jean-Baptiste Mondino on the cover of the new Numéro Homme 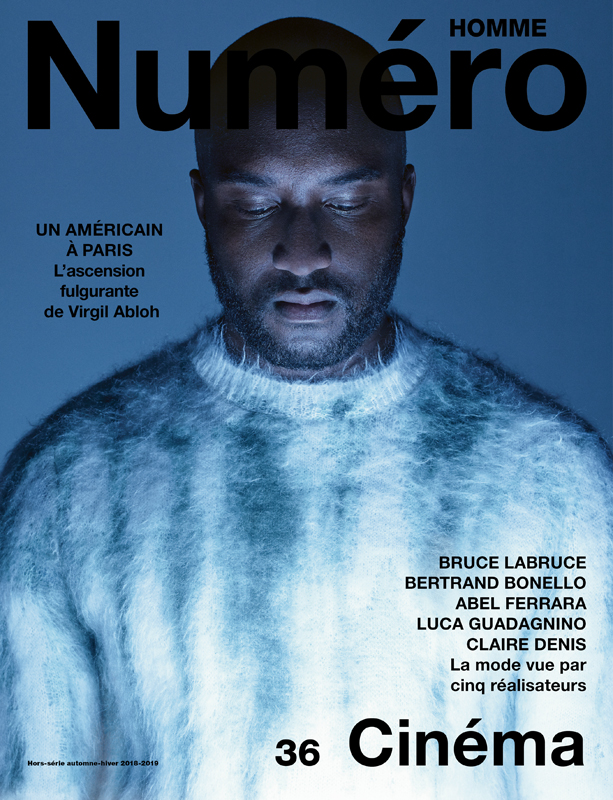 ”Too much is too much. Too many series to follow on streaming platforms, too much confusion in the runway schedule, too many changes at the top of the big houses, too many influencers on Instagram… In short, no one understands anything anymore. In this avalanche of everything under the sun, we’ve tried to see more clearly by looking to those who are defining their era not following it. Among them we’ve kept five film directors who, far from being intimidated by the changing times, inject a dose of vigour and faith into the stories they tell on the big screen. Just for us they’ve undertaken a new exercise, directing the fashion shoots in this edition. One person who’s certainly not afraid is Virgil Abloh, a veritable orchestra unto himself. Fashion designer, DJ, furniture designer, contemporary artist and now artistic director menswear at Louis Vuitton, he is busy shaking up the codes – much to the chagrin of all kinds of curators – and reinventing them as he pleases. At the end of his first show for the ultimate of French houses, the idea of putting him on the front cover struck us obvious. The multi-talented American has proved that too much is better than too little.”

In the contents of Numéro Homme 36 :

The Numéro Homme 36, is available on newsstands and on the iPad from October 1st 2018.