Opened in 2008 in Los Angeles, the Grammy Museum retraces the great history of the Grammy Awards, the American awards ceremony that celebrates the best musicians each year. On until April 13th, the museum is devoting one of its spaces to an emblematic figure of recent soul and five-times winner at the Grammy Awards, singer Amy Winehouse. 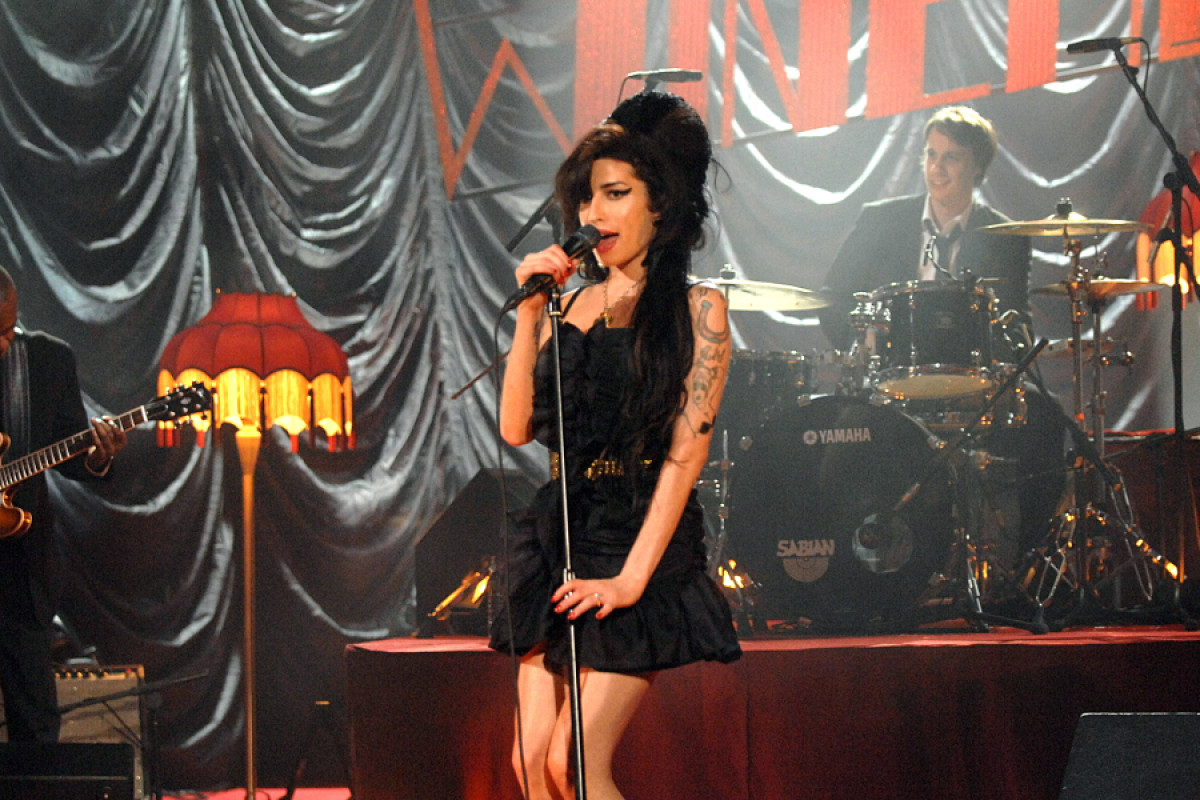 Amy Jade Winehouse was still a teenager when she went knocking on the doors of record labels looking for someone to produce her. She composed pure, painful ballads with her guitar as a shield protecting her from the horrors of the world. In her bedroom, the groove blended seamlessly with the opulence of her voice, astonishing family members at get-togethers. Amy sang about her doubts, her idols, her failed loves, she handled mishaps like no one else, all while conserving a candid air, oblivious to the self-destruction lurking on the horizon. At the time, she wasn’t signed by Island Records, a subsidiary of the juggernaut Universal. At the time, the producer Gil Cang hadn’t fallen for her charms in a London studio on Hornsey Road. At the time, Mark Ronson wasn’t composing for her. Her mass of black hair had yet to be teased into its trademark retro beehive. The black winged eyeliner was just starting to sign her gaze.

Raised by her grandmother – who was also her confidante and best friend – Amy Winehouse was nourished on a musical diet dominated by jazz, from the improvisations of Thelonious Monk to the eccentricities of Charlie Mingus. At the end of the 1990s, the number of free download platforms was proliferating. The young woman from a London Jewish middle class background took full advantage of this new era to complete her musical education. Her voice, her unusual appearance and her nonchalance thrust her into the alternative pantheon, that of the artists who simply don’t give a fuck. The name of this girl from the sleepy burbs was finally all anyone could talk about, at the New Musical Express Awards, at the Brit Awards. Aged 24 she proudly staggered between guitars spitting the sounds of Motown. And the endless set-backs made her a legend. Frank was released in 2003, Back to Black in 2006. Amy Winehouse becomes the keystone of the “splendour and decadence” archetype, resuscitating the sound of the seventies with brilliance. But the diva would only truly be a queen posthumously. Cocaine and red wine seemed to give her more pleasure than the clamour of an adoring crowd. She became the tabloid’s favourite icon for her unglamorous excesses, and she died in Camden Town on July 23rd, 2011, drowned by her own vices.

On February 10th, 2008 at the Staples Center in Los Angeles, Tony Bennett announced, from behind his pulpit, the winner of the Grammy Awards for best record that year: Amy Winehouse. But the diva was 5,000 kilometres away from the easy listening legend. She was performing in London and heard the news while on stage. That evening, she went on to win five prizes out of six nominations: the Grammy for Record of the year for Rehab, for Song of the year, for Best Female Performance for the same song, for New Artist and Female Pop Vocal Performance for the album Back to Black. Fresh out of rehab, Amy Winehouse thanked her mother, father, London, and Blake Fielder-Civil, her then-imprisoned boyfriend at the time ...

Twelve years after sweeping the board with her brilliance, the Grammy Museum is devoting an exhibition to the soul diva until April 13th. Beyond Black: The Style of Amy Winehouse brings together a part of her wardrobe including her black Dolce & Gabbana dress and the yellow dress worn with a red heart-shaped handbag on the red carpet at the Brit Awards in 2007. Also presented in this exhibition are hand-written score sheets and her personal collection of vinyl.

Beyond Black: The Style of Amy Winehouse, on until April 13th 2020 at Grammy Museum, Los Angeles, USA.