“I would kill myself to complete my art”: Interview with Yoshiki, X Japan’s legendary drummer

During lockdown, Numéro continues to engage with artists who guide us through our daily life with their music. Today, the legendary drummer and founding member of the Japanese rock band X Japan – pioneer of the Visual Kei movement in which visual effects are as important as sound – tells us about his deep love for classical music, his several surgeries and his latest collaborations with Marilyn Manson, Bono, Will.i.am and Jennifer Hudson. 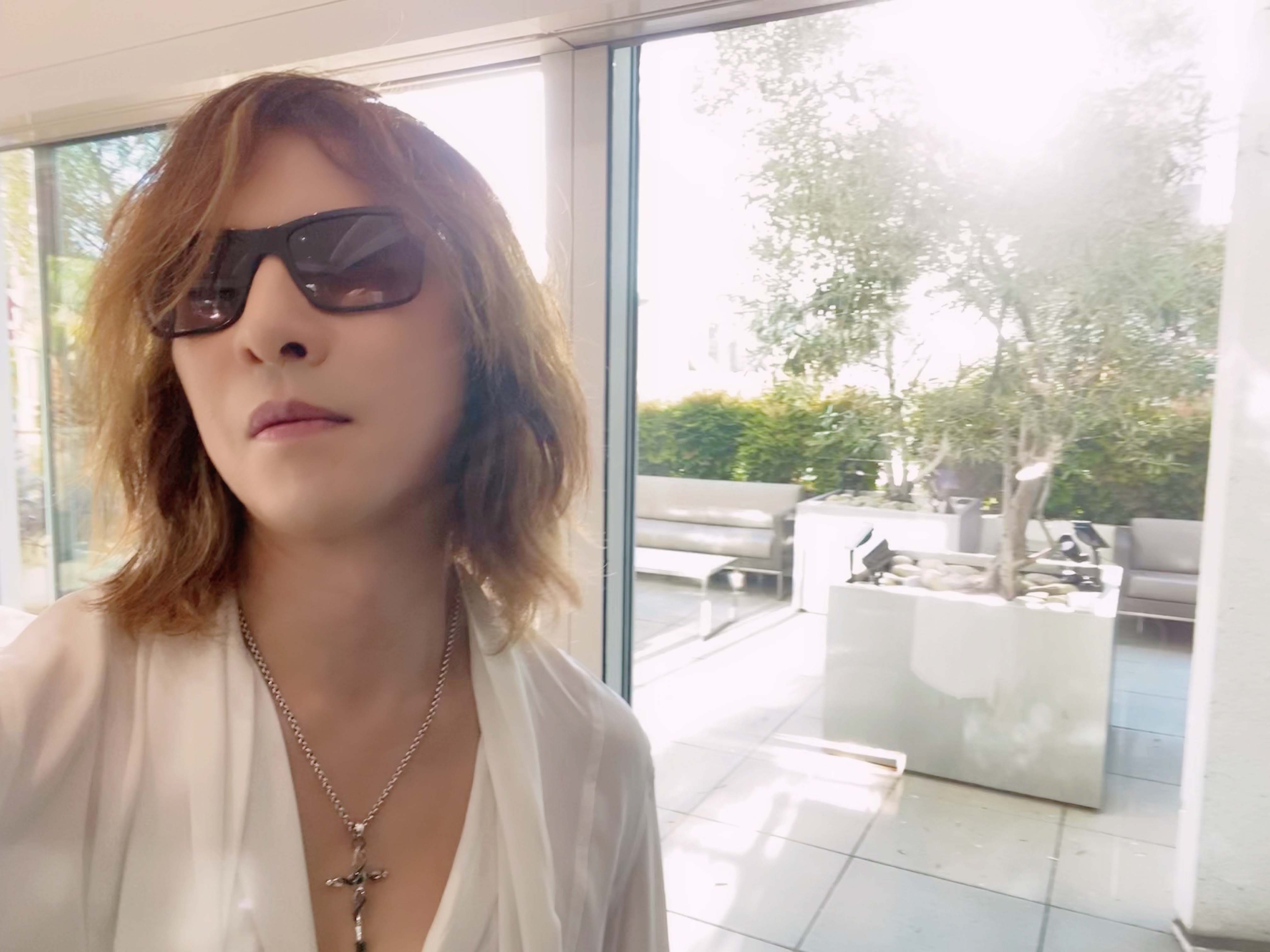 Alone or with his band, Yoshiki’s talent stuns everyone around him. Founder and emblematic leader of the rock band X Japan, the androgynous drummer is the pioneer of the Visual Kei movement, in which visual effects (from make-up to pyrotechnic effects) are as important as sound. Also performing as a piano soloist, he oscillates between playing Tchaikovsky concertos and staging frenzied performances, worthy of the American band KISS. His wild drum style will eventually lead him to undergo several surgeries, his body being on the verge of breaking down. For all these years, Yoshiki searched for breaking down his own limits… and those of his own music. He turned his music and taste for fashion into a true way of living, moulding a zany and explosive aesthetics. Today at the height of his art, Yoshiki tells Numéro about his dazzling success, but also about the grimmer reality lurking behind his character.

Numéro Magazine: Is it true that some of your fans waited for 23 hours to see you and get a small scribble on the corner of a paper at the Japan Expo in France back in July 2007?

Yoshiki: Yes, I think so. It might be hard to imagine, but I remember each special moment when I can meet my fans face to face. Without my fans, I wouldn’t be here today. My life has been filled with tragedies... my father’s suicide, the deaths of my band members Hide and Taiji, the dark suicidal thoughts I had for many years… The support of my fans brought me back to life. They saved my life! Now I am trying to tell my story so I can return that inspiration to them and, as a musician, I try to compose beautiful music to hopefully save people's lives.

At the end of your concerts, you sometimes violently smash your drum set against the floor. Is it not a huge lack of respect for those who simply hit packs of bottled water during summer music festivals?

There is a fine line between dreams and reality, and it is the same with art and conventional morality. It depends on where people draw the line. Don’t get me wrong, I do have an enormous respect towards instruments. Perhaps I would even kill myself in order to complete my art… like my father did. That was an extreme and excruciating memory, but I consider that some of my destructive actions could be art… even though I would like to exclude self-destruction!

Staging, make-up, costumes… You have always encouraged the rebellious and disobedient part of yourself, but paradoxically, you seem to be hypersensitive. Does one have to often cry to be a real punk?

I think that the features of rebellion, disobedience, hypersensitivity can coexist within the same person. I would fight with anyone if I need to – I have no fear. Nevertheless, I would also cry when watching the film E.T. [Laughs.] What is the definition of punk anyway? I keep changing its meaning, and while some definitions only apply to the past, others are in the making right now.

You collaborated multiple times with fashion houses, such as Miu Miu, Louis Vuitton or Stella McCartney. What is your relationship with fashion? Do you think that you have introduced punk to haute couture, through your aesthetics?

My father used to create kimonos before. In Japan, the oldest son usually takes over the family business, but in my case, I became a musician. It was a pretty organic thing for me to start a kimono brand, because it is in my blood. When it comes to art, I would like to believe that there are no boundaries between music and fashion. I would like to keep creating any kind of art that can inspire people. Hopefully the fashion world can allow me to take part of it, because I had a very hard time belonging to the music world. My approach combining rock and classical music was not conventional and the industry had a hard time accepting my style – I don’t even know if I belong to that world still today. But as long as there are my fans… they are the world to me!

“I had neck surgery twice and have an artificial disk in my neck. I hope no musicians have to go through what I went through in terms of injuries!”

Explain to me in few words what “Visual Kei” is about. If it only means making noise with lots of lights, then I know some guys who do that pretty well in stadiums during sports game... What is unique about this approach?

“Visual Kei” is not just about music or fashion: it is a state of mind. It represents the freedom to describe yourself according to you own terms. Even in rock, the genre tends to restrict what you can or cannot do. I wanted to break down all those limiting walls. “Visual Kei” is a movement, it is a culture of its own.

As a young man, you dreamed about following in the steps of KISS. According to you, what musicians follow in your steps now?

It would be an honor if some musicians have been inspired by my music. At the same time, my drum style almost killed me! I had neck surgery twice and have an artificial disk in my neck. I hope no musicians have to go through what I went through in terms of injuries!

Your legacy is quite ensured though! You inspired and have also got inspired by different remarkable artists. Among David Bowie, Michael Jackson and Marilyn Manson, which meeting was the most surprising for you?

I wish I could have worked with David Bowie and other amazing artists when they were still alive! At the moment, I am making music with Marilyn Manson. I think that we have already made a series of amazing songs that will hopefully be out soon. Marilyn not only is an amazing artist, he is also a great friend!

With all your music, documentary and fashion projects going on at the same time, do you still find the time to tinkle some Chopin on your piano?

Yes, I play piano every day! I will maybe play some Chopin, Liszt, Bach, Beethoven, and Tchaikovsky for my next classical concert.

How did you get involved in the project #SING4LIFE with Bono, Jennifer Hudson, and Will.i.am during the lockdown?

Bono and Will.iam are friends of mine. One day, Marc Benioff [CEO of the cloud-based software company SalesForce] and Will.i.am asked me if I would be interested to be part of this project. I think my friend Marc is the mastermind of this project – I’m so lucky to have such amazing friends! I said “yes” of course, and immediately started recording then. The main message we are conveying in the song is that we are all “physical distancing”, but we don’t have to be “socially distancing”. We can still stay connected and reach out through music. I am praying for everyone’s safety during this pandemic.