How come Lenny Kravitz is still so cool?

Superstar Lenny Kravitz with his irresistible groove has revealed the first extract of his 11th album “Raise Vibration”, set for release in September. The ideal moment to question how come he’s still so popular after 25 years of career? 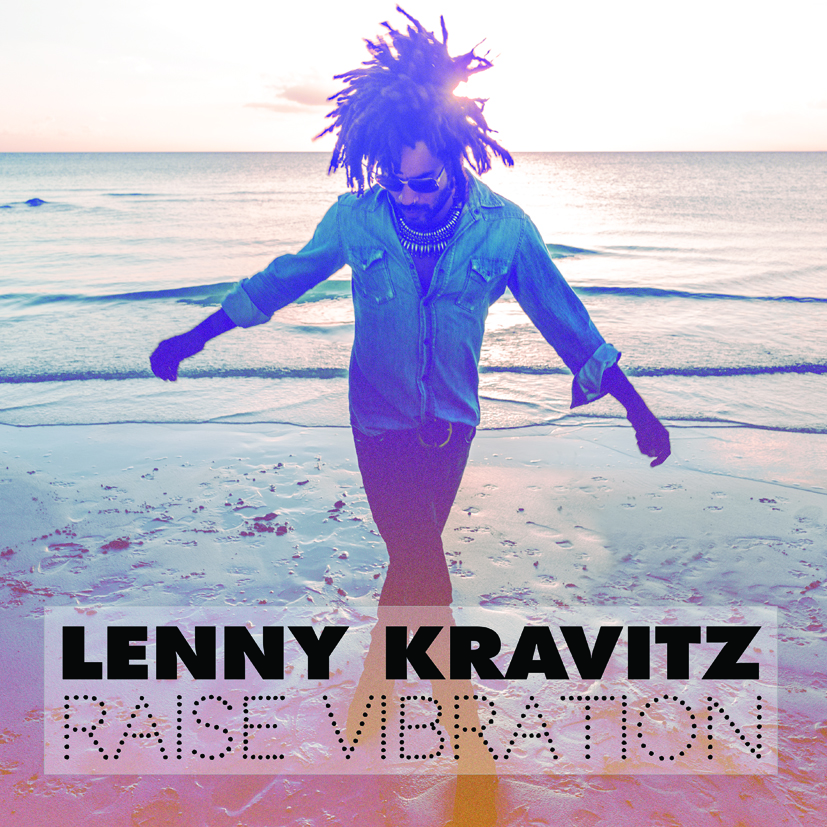 Extra-long careers are increasingly rare, as rock star status is reserved for a handful of crazy musicians, often as eccentric as they are prolific. Inspired by his idols, Jimi Hendrix, Bob Marley and John Lennon, Lenny Kravitz has always infused a heavy dose of rock into his retro soul. And while his music is perceived by some as a bit insipid or lacking originality – a mainstream roar with overly obvious references – the 50-something makes it work every time, undoubtedly thanks to his irresistible groove. In 2000, the native New Yorker celebrated 11 years of hits with a 'best of' album, followed by Baptism (2004), Black and White America (2011) and Strut (2014). Today he is promoting Raise Vibration, his 11th opus, of which It’s Enough, a resolutely vintage pamphlet in which he is moved by the state of the world, is the first extract. Lenny Kravitz, like a Mick Jagger with afro hair, enjoys wandering through the streets of Paris in his crocodile shoes and over-sized scarves, his gaze hidden behind a pair of aviator shades. As the last hippie of the Instagram era, the multi-instrumentalist producer won four Grammys in a row and sold 40 million copies of his ten albums, much to the chagrin of his detractors. With almost 30 years of career in the bag, its high time to ask the question, why is Lenny Kravitz still so cool?

Before he signed with Virgin, his friends called him Romeo Blue, “a great name for a silly little singer in a rock movie” to quote the man himself in an interview with Numero. Today Lenny Kravitz is loading an arsenal of groove forged by decades of major tracks, from Let Love Rule (1989) to his American Woman of 1999. The artist has allowed himself pop-rock interludes in the style of I’ll Be Waiting (2008) but has also seized upon a rocker’s frenzy, plunging back into the depths of his childhood funk. A confirmed musician, Lenny Kravitz composes each instrument on all his albums and uses vintage equipment to obtain a precise sonorous colour, which explains how he’s always kept that resolutely sixties soul, from a simple guitar riff to the final mastering. On stage, accompanied by his hairy guitarist and bald bass player, Lenny Kravitz show is Dantesque, crashing between new tracks and international hits. With this abundance of energy, he once even fainted on stage mid-performance on tour in the USA. 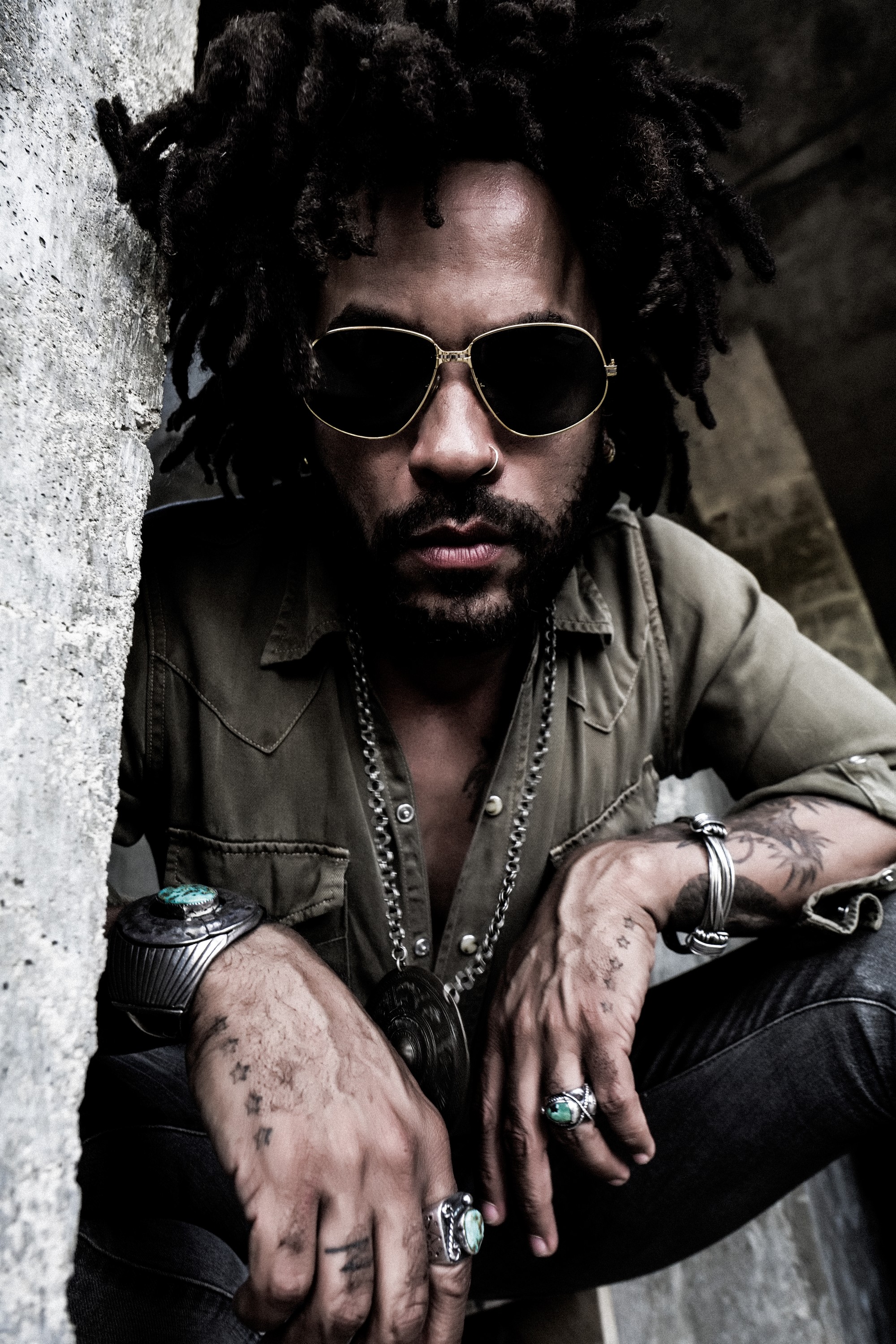 2. A handful of movie appearances:

On social networks, the younger generation is fascinated to find Cinna, stylist to Katniss Everdeen (The Hunger Games) in a music video. Apart from his featuring in the famous teen saga, Lenny Kravitz also played John McFadden, a nurse who befriends Precious in the film of the same name by Lee Daniels in 2009, and the servant James Holloway in The Butler by the same director. Two (small) roles, both hailed by the public. For a while it was thought he would play Marvin Gaye in a biopic but the project never got off the ground… Then in 2015 it was on the small screen he made an impact when he ignited an entire stadium during the Super Bowl half-time concert alongside Katy Perry. Almost 118 million viewers watched the show.

3. From music to design:

A veritable slasher, Lenny Kravitz keeps multiplying the projects. As head of an interior design company – Kravitz Design Inc – he’s also an entrepreneur as he enriches his catalogue of projects: hotels, apartments, private residences, night clubs (l'Arc in Paris and its famous counter) and brands including Rolex, Leica and Dom Perignon. Lenny Kravitz, interior designer? While the notion might seem strange, for this workaholic who divides his time between Paris, New York, Miami and the Bahamas, multiplying his activities is perhaps the only way to prove he’s not a slacker. “There are some people who don’t like who you are. Nine years ago after the birth of my son, people were saying I smoked crack and brought my baby up in a crack house. What can you do apart from laugh at that bullshit?” he once told Numéro.

4. A rock star style and a sex symbol reputation

If he's still this popular, it's undoubtedly because Lenny Kravitz takes good care of his style. Capable of sporting a pink suede priest’s robe on stage at the "Pink Pop” festival in Holland, he’s never stopped accumulating the necklaces and bracelets to perfect the rock star cliché. A style and image supported by the boa constructor he kept as a pet for many years. His extravagant outfits, his outrageously shaped guitars and his XXL afro have earned him a multitude of honours, including most fashionable man at the VH1 Fashion Awards of 1998. The only son of Russian Jew TV producer Sy Kravitz, and American actress from the Bahamas, Roxie Roker, Lenny Kravitz crafted his community of fans by becoming a tabloid star. While the tattoo on his back claims his heart belongs to Jesus, the same doesn’t go for his body… Countless women have fallen for his charms, starting with the actress Lisa Bonet. Together they had a daughter, Zoë, who is today a singer and model. Lenny left Lisa for a smouldering Madonna before falling into the arms of an ingenuous Vanessa Paradis. Nathalie Imbruglia, Naomi Campbell, Nicole Kidman and Adriana Lima couldn't resist the charms of this guy, who, whether we like it or not, is still as cool as ever.

Lenny Kravitz will be in concert on June 16th at the AccorHotel Arena in Paris.