Who is Nina Kraviz, the Russian empress of techno?

Nina Kraviz is celebrating the new year with the new album of its label Trip: “Happy new year! We wish you happiness!” . Numéro wanted to know a bit more about the techno DJ who's setting fire to dance floors. A portrait in 4 anecdotes.

On the cover of the new EP from her label Happy new year! We wish you happiness! for which she did a track with DJ Snazzy, is an astonishing illustration: the plans for a soviet school whose construction was planned for the 1960s, but never saw the light of day… It has to be said that Trip, the Russian label founded by the DJ in 2014, likes taking its audiences out their comfort zone, claiming to address just that on this new EP, “the inhospitable extremities of electro music” oscillating between techno and IDM (Industrial Dance Music). An album of eight tracks that are resolutely experimental, rich in explosive sonorities and jerking rhythms. While we’re waiting for January 14th, Numéro unveils an extract.

“When I DJ, I’m fucking alive”, exclaimed the Russian producer in the columns of the Guardian newspaper which called her the ‘titan of techno’. Her style? A tough-line techno reinforced with acid, her favourite genre, which she punctuates with sharp beats that move between pure Chicago ghetto house, old-school hardcore, trance and drum ‘n’ bass, her first musical loves. A slightly scruffy style, but it’s certainly never dull. Numéro looks at six key points in her phenomenal career. 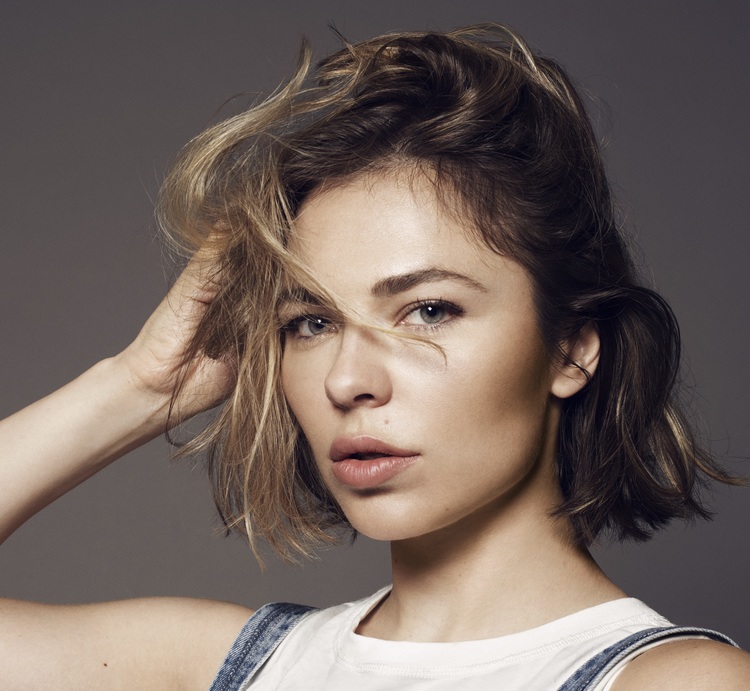 This autumn she mixed on top of the Eiffel Tower.

On October 15th, the DJ from Irkoutsk took over the first floor of the Eiffel Tower for a set organised by the media initiative Cercle that specialises in livestreams of live concerts and DJ sets. A spectacular show against a beautiful sunset.

She’s been a journalist and artist’s agent

While she was still studying medicine, Nina Kraviz was also animating a radio show and writing for a fanzine, before becoming a journalist for the legendary Russian magazinePtuch, and then the assistant to an artist’s agent at the Caviar Lounge agency in Moscow. She ended up joining the Red Bull Music Academy in Melbourne in 2006 and formed a friendship with the Berlin-based English DJ and producer Matt Edwards, better known under the name of Radio Slave, who released her first tracks.

Dentist by day, DJ by night

Before becoming an international DJ, Nina Kraviz was Нина Кравиц, a young dentistry student in her home town of Irkoutsk in Eastern Siberia. “I tried to become a dentist so I could get up early. Now I’m a DJ I go to bed at the time I used to get up,” she says in Brain. After she graduated, she led a double life: resident every Friday night at Propaganda, one of the most respected nightclubs in Moscow, Nina Kraviz would work by day in a veterans hospital.

In September, the russian DJ collaborated with the american label to design a collection of sunglasses, Feel Your Beat. In 2012, for the Hugo Boss spring-summer fashion show, she wrote a track for the german brand entilted Hugo Tracks.