In 2010, producer and DJ Sama Abdulhadi was the first person to introduce deep and dirty techno beats to her home country of Palestine. She used to sign her tracks under the name of Skywalker without the faintest idea someone called Luke had already nabbed that moniker – she hadn’t seen a single film in the Star Wars saga. In 2017, she abandoned that stage name and started using her own: Sama Abdulhadi. Numéro caught up with her in Paris, where she’s been living for the last year. 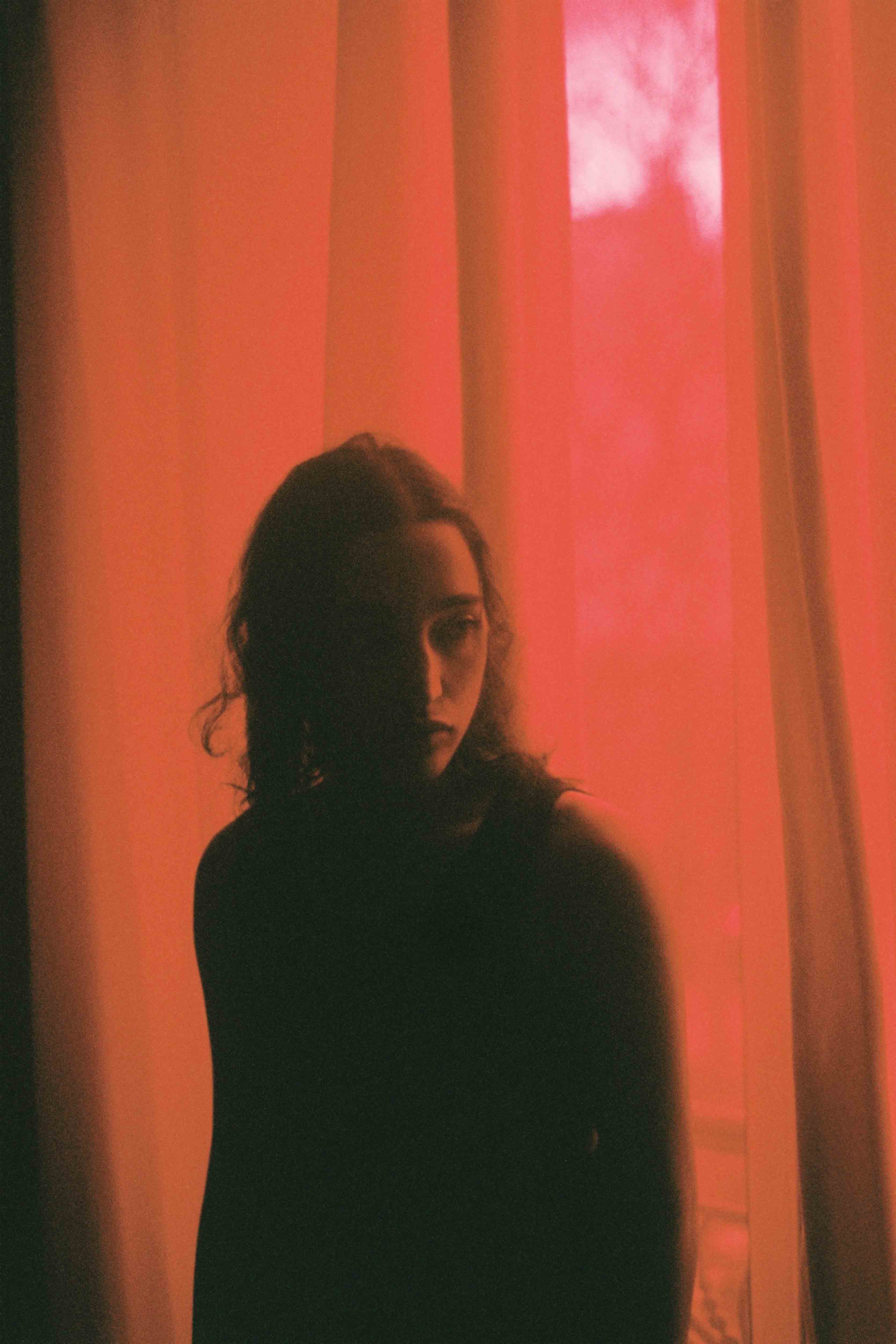 Numéro: You were born in Jordan in 1990 but grew up in Ramallah. Is that where you organised your techno parties in 2010 ?

Sama Abdulhadi: The first party I did in Ramallah was totally crap. No one understood what I was doing, and everyone went home. After three failed attempts, I ended up getting involved with the electro scene that was just emerging at the same time in Haifa in Israel.  Maybe those Haifa party promoters would have eventually come to Ramallah if I never started there. One thing’s for sure though, there was no electro scene before I started. There were musicians playing alternative music, like reggae and rock, people needed to break free from the traditions of previous generations and to experience this newness embodied by techno. It was when I went to university in Beirut in 2008, that I really saw DJs from around the world who came to mix every weekend. It was a complete revelation, I’d never heard anything like that in Palestine. I didn’t really finish my studies, but my father reminded me that I’d always wanted to mix and encouraged me to go for it. I followed his advice and did a year of audio engineering in Jordan and then went to the SAE Institute in London.

What kind of music did you listen to when you were a kid?

My parents listened to Michael Jackson non-stop at the house. I listened to hip-hop, rock, rap and a bit of pop, but no Arab music because I never liked it. In Palestine there is no production going on of any Palestinian artists, and the musical culture is very commercial. And it was only after my studies in London, when I went to Egypt in 2013 that I discovered a whole underground side to Arab music that I really liked. I discovered artists like Tamer Abu Ghazaleh, Maryam Saleh, Mohammed Sami, Ahmed Omran, Dina El Wededi, Nancy Mounir, Maurice Louca, Nadah El Shazly, Shadi El Hosseini, and Fathy Salama. Egypt is the heart of Arab artistic, cinematic and musical creation. Since then I’ve tried to do more and more projects by mixing up these diverse influences.

How have you worked on evolving the Arab music scene?

In 2016 I created Awyav, a music publishing company. We work with a lot of indie artists from Palestine, Lebanon, Egypt and Jordan. As well as Arab folklore, they play a whole range of styles: old music, techno, dubstep, drum and bass, hip hop… We introduced them to techno, and organised artist residencies, we negotiate their copyrights, then we record their music and edit it too. I’ve also got anther project on the go with six other artists from Palestine, Egypt and Lebanon, we communicate through Skype for the moment and we will all meet for the first time in October for two weeks with a residency here to record the album and prep for our tour in France. Everyone plays different kinds of music: rock, folk, Sufi and experimental music, and I play techno.

Which techno DJs inspire you most?

I can play back 2 back with Karamel (from the Parallèle collective) for six hours straight without even talking to him. We have this incredible connection and play exactly the same style of music. The first time I went to see him mix, I was glued to the spot and said, “Dude, you play exactly how I would have played in your place!” And he was like, “No way, you’re just saying that to be kind!” The next day he came to my night and had the same reaction: “You play exactly like me!” I also discovered the French artist Bamao Yendé who keeps me dancing for his entire set.

Do you prefer to be described as the first ever Palestinian DJ or just as a DJ like anyone else?

I am proud to be Palestinian, but I don’t want my work to be perceived through the prism of my origins. I’d hate it if a festival booked me just because I’m Palestinian. Book me because you like the music I play. Most of the time I just say I’m a DJ.

What’s it like being a woman in this very male-dominated world?

Most work sectors are dominated by men, so the techno world is just like all the others. Obviously, most nights or festivals are made up mainly of men, but over time I hope, and I’m pretty sure we will end up kicking their arses! (laughs) Every female DJ who starts to mix suddenly gets propelled into the limelight just because they’re women, but they wouldn’t necessarily get 80,000 people dancing just because they’re women. But Nina Kraviz is a good example, she can get everyone dancing. Yeah, I think we’re on the right track. In any case the guys have never treated me any differently because I’m a woman, I’ve never felt in competition with them.

“Now the media can’t deny what’s going on in Gaza. People die every day, I just hope that others are finally waking up.”

The violence of the Israeli–Palestinian conflict inspired your hard-hitting track Beating Would (2014) produced against a backdrop of bombing sounds… How do you think Europeans perceive your country and the political situation?

When I went to study in London in 2011, and I watched the news on the television, it was a complete shock. I discovered that the stories told by the big media channels had absolutely nothing to do with what was really going on. The media is very Israeli biased and would never say “100 Palestinians have been killed by Israelis” but that “100 Palestinians are dead”. That is why people underestimate what is really going on there and are always super shocked when I tell them the truth. I get the impression now with all the videos posted online and social networks that it’s the first time Europeans are finally grasping the gravity of the situation [52 Palestinians were killed by Israeli soldiers on May 14th 2018 during one the bloodiest days in the past four years]. Now the media can’t deny what’s going on in Gaza. People die every day, I just hope that others are finally waking up.