Steve Lacy: the musician who composes on an iPhone and walks the runway for Virgil Abloh

Guitarist in the group The Internet, a collaborator of Kendrick Lamar and model for Virgil Abloh in his spare time, the young Steve Lacy already has a serious reputation: that of a Californian who’s succeeded at everything. Hot on the heels of Pharrell Williams, he escapes into a lo-fi hip hop, far from the sanitized compositions of his contemporaries. 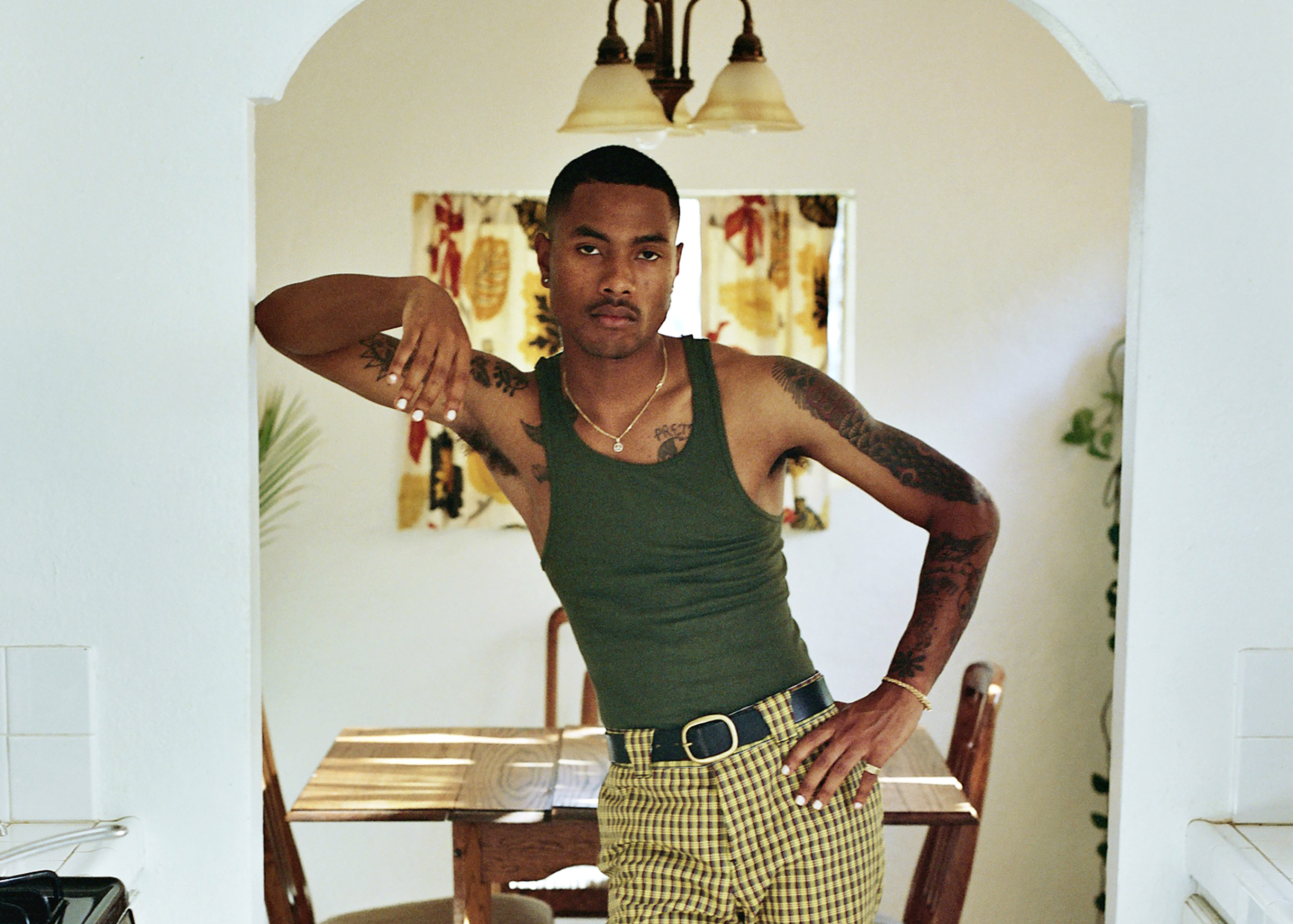 If you type “Steve Lacy” into the Google search bar, we inevitably come across a more famous namesake: Steve Lacy (1934-2004), saxophonist and composer from New York, and member of a free-jazz group with pianist Cecil Taylor… But the one we’re interested in today comes from Compton, on the other side of the USA, the explosive fiefdom of hip hop’s bad boys. Born in 1998, Steve Lacy is way more sensible though than some of his Californian neighbours. At just 20 years of age, his is the type of precocity that annoys the egos of more established musicians: when he turned 18, he joined the band The Internet, he recently collaborated with Blood Orange on the album Negro Swan (2018), and he’s composed for Solange, Denzel Curry, Ravyn Lenae and the much missed Mac Miller.

On stage, Steve Lacy proudly wears dungarees and tightens the strap of his Fender to the max, so the six strings of the instrument almost seem to make his pectorals vibrate. The attitude speaks volumes, this isn’t a rock star but a soul boy who refuses to sport his guitar low. During concerts performed by his collective, he plays his own compositions, intoning the melodies ofRyd and Dark Red into his tiny microphone, a remnant of the overexcited divas of the early 2000s. A video brings together these two tracks and has already accumulated more than 11 million views on YouTube. In his buttoned-up denim jacket, he sways in a launderette before winding up in the trunk of a car, lit only by the flame of his lighter. 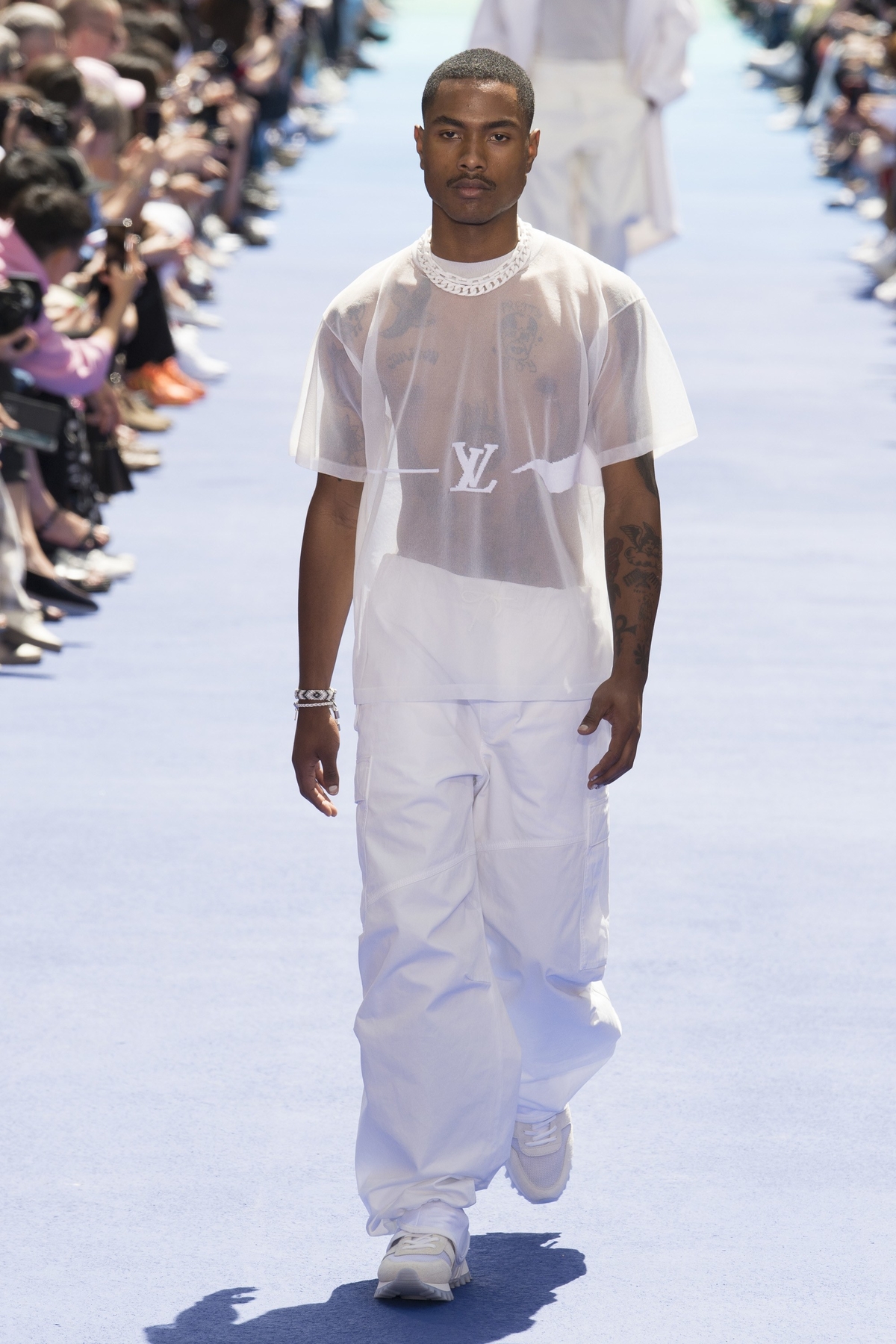 His musical references are those of a young fan of soul and hip hop: queen Erykah Badu and The Neptunes, the duo formed by Chad Hugo and Pharrell Williams in the 1990s. But he also borrows dirty guitar riffs that are so dear to Mac DeMarco. Having DIY-ed his way musically, Steve Lacy fiddles with his iPhone to produce lo-fi tracks, a primitive recording method used by underground composers in the 80s. He seeks a rougher sound as if an ancient radio is playing contemporary music. As he explained at a conference in December 2017, the teenage Steve Lacy endlessly hoped that a MacBook Pro – and the music software that comes with it – would appear under the Christmas tree. He finally got one and tapped like crazy on his QWERTY keyboard as if his fingers were sprinting over the keys of a Steinway. His compositions reached the ears of a certain Kendrick Lamar who then commissioned a track: Steve Lacy is credited on the resounding opus Damn, voted best rap album of the year at the 2018 Grammy Awards.

Openly bisexual, the Californian frequently addresses the theme of amorous encounters in his songs. Often his dates end up completely trashed like when he gets run over by a car while riding down the street on a scooter. From the albums Ego Death (2015) and Hive Mind (2018) with The Internet to his Steve Lacy’s Demo of 2017, like most contemporary artists, the musician has no choice but to offer hybrid compositions: soul with G-funk influences, a hip hop sub-genre from the West Coast. But the efficiency of his tunes resides in his attitude…

Last June, Steve Lacy put down his guitar and strutted down the catwalk. In the gardens of the Palais Royal, all eyes were on Virgil Abloh’s resolutely streetwear first collection for Louis Vuitton whose introductory looks were all white. Seated in the front row Rihanna and Kanye West watched on while Kid Cudi, rapper Playboi Carti and the young Steve Lacy walked the runway, the latter wearing baggy pants and a transparent t-shirt, complete with his crayon-thin moustache and tattoos reminding us, that even if he knows how to hold himself now, he still straight outta Compton.