Interview with Wade Guyton, radical artist on view at the Ludwig Museum

On the cover of Numéro art #5, artist Wade Guyton is celebrated by a major retrospective, Zwei Dekaden (Two Decades) at the Museum Ludwig in Cologne. Numéro art caught up with the American painter and sculptor, who is also the subject of a new book Pixel, rai, imprimante, featuring a long essay by the philosopher Tristan Garcia. 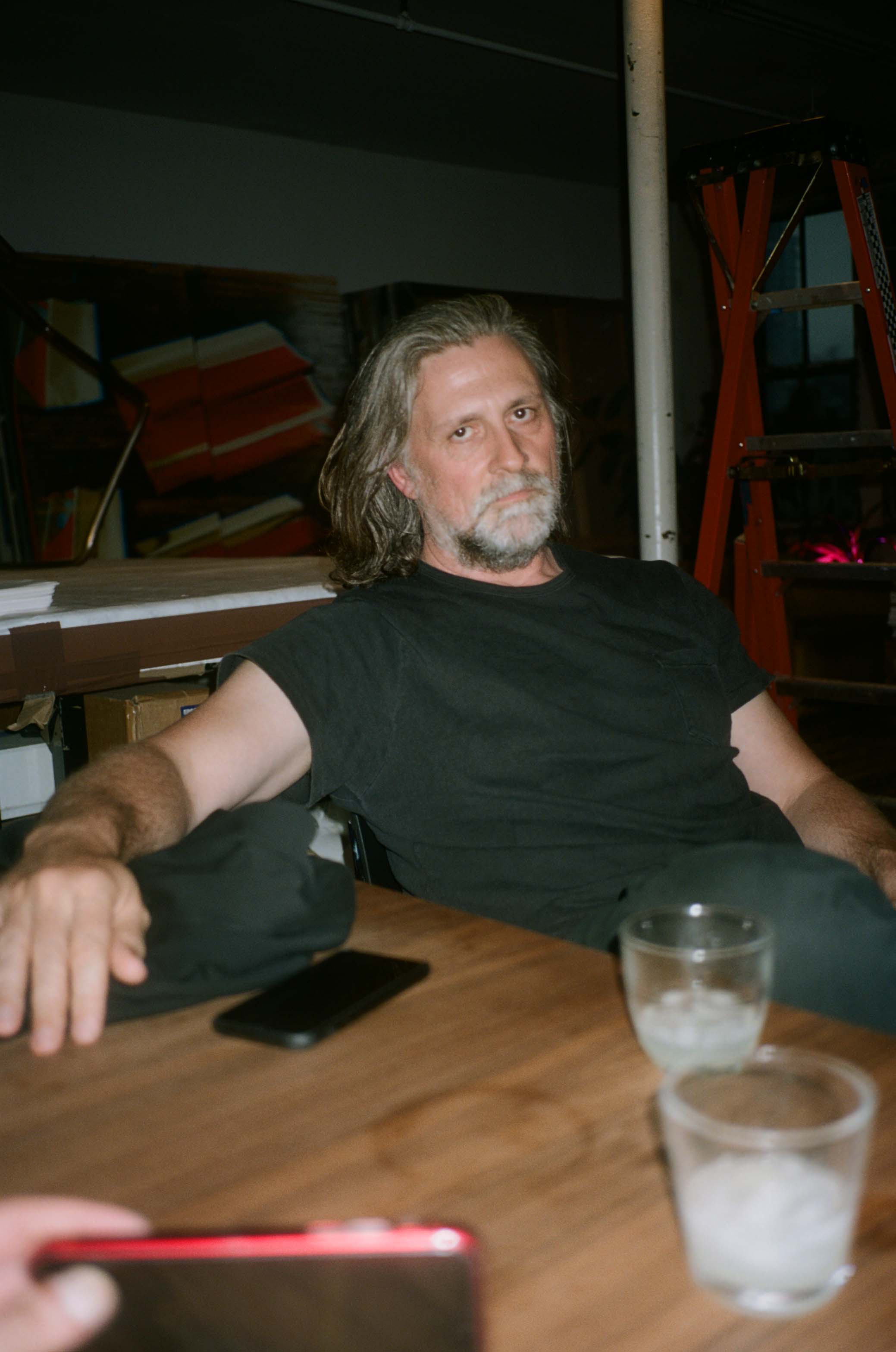 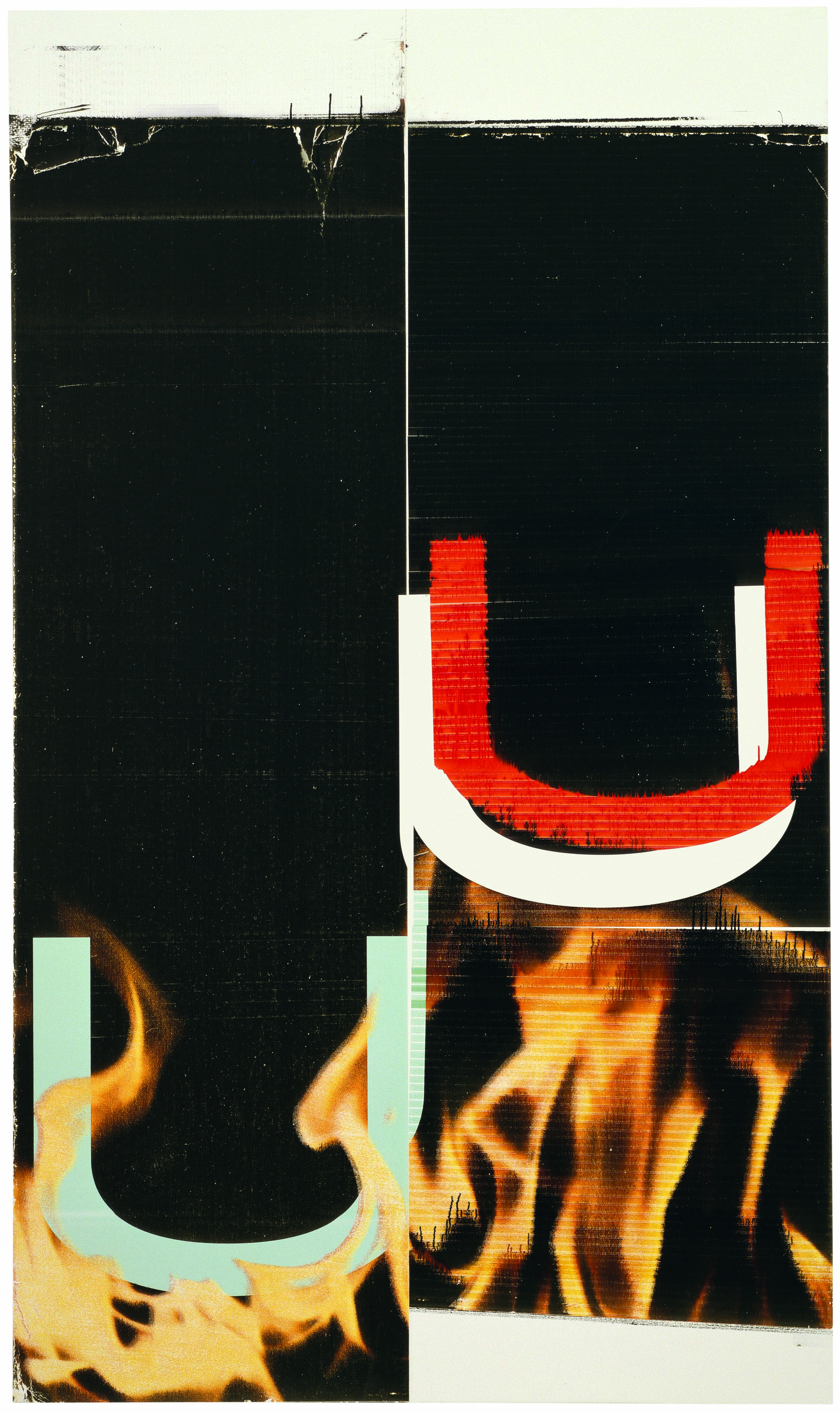 At the Museum Ludwig retrospective, you’ve eschewed chronology in favour of a thematic hanging. Why?
It was the building that refused the chronological show, since some paintings need particular walls to be shown against. From there the exhibition could develop in a more unusual way, picking up lots of loose conceptual threads and temporarily making thematic narratives, or performing a more conventional pedagogical function. I also needed to figure out a way to keep myself interested in looking at all this old work, because this kind of retrospective thinking can sometimes get a little bit boring.

Siamo Arrivati was a banner ad on the website of Il Mattinoabove a story about the Campi Flegrei super volcano re- awakening at the same time as the first McDonalds opened in Naples, which coincided with my arrival in the city for a residency. Patagonia, Fire and Fury, and Natural Wine had literal origins, but they also had a good sound to them. Ned was wearing a Patagonia T-shirt in one of the paintings and an ad for the Michael Wolff book about Trump shows up in several of the Zürich paintings. We were drinking a lot of natural wine that winter, and it felt like a dumb controversial title for an exhibition in Paris. They all captured the atmos- phere in the studio and in New York.

When I saw you working on exhibitions in Dijon and Geneva, I was fascinated by the fact that a very important part of your work is about selecting the right pieces for the shows. What guides you?
The artworks and the spaces tell you what to do, so listening sometimes helps.

At the same time, you were preparing your catalogue for the Brandhorst Museum exhibition, for which you decided to use a computer algorithm to place the pictures in the layout. But the programme generated several permutations and you still had to choose...

It was a brilliant idea from the designer Eric Wrenn. I guess he just observed some kind of algorithmic process already happening in the studio – the paintings are moving around regularly, creating unplanned arrangements. It also made the design process much easier: that book was really mas- sive and we were on a very tight deadline, so we had no time to overthink the layout design. 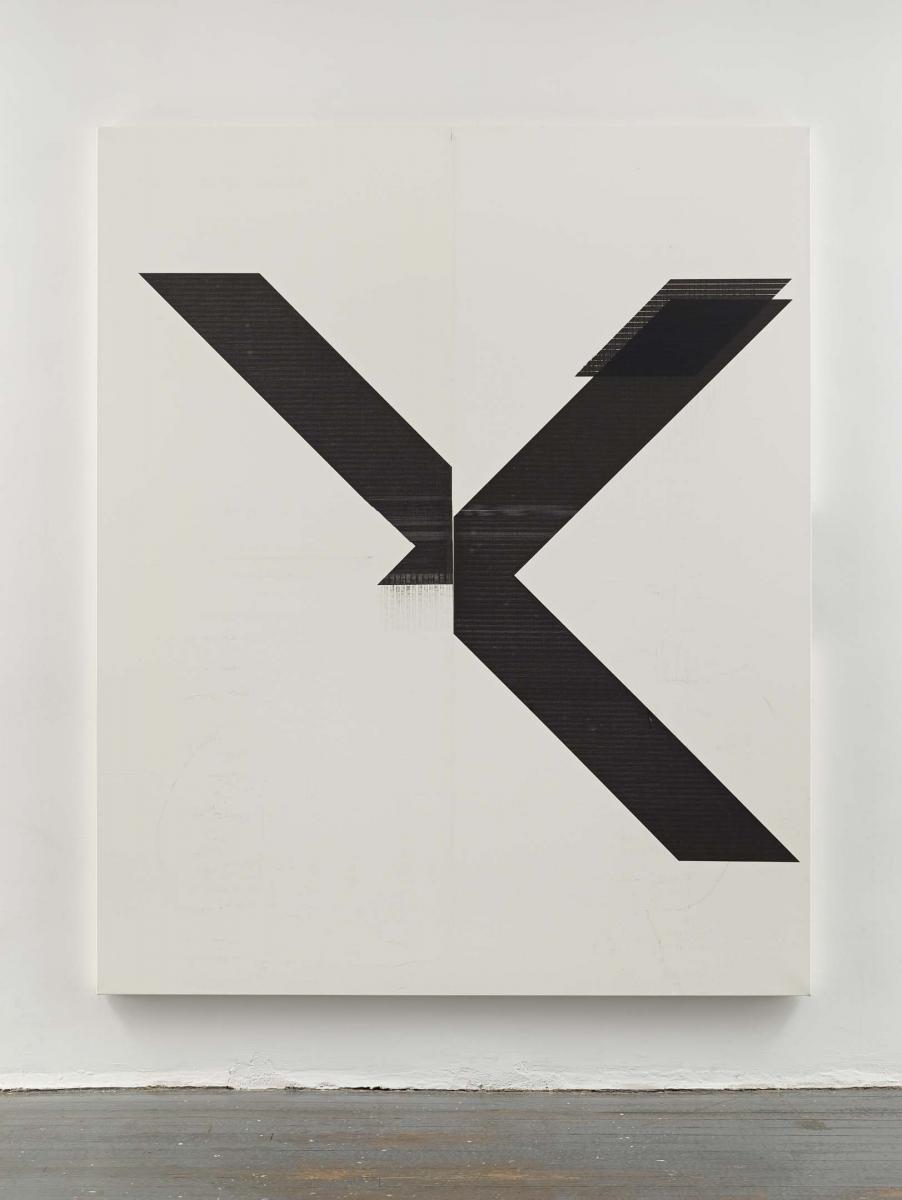 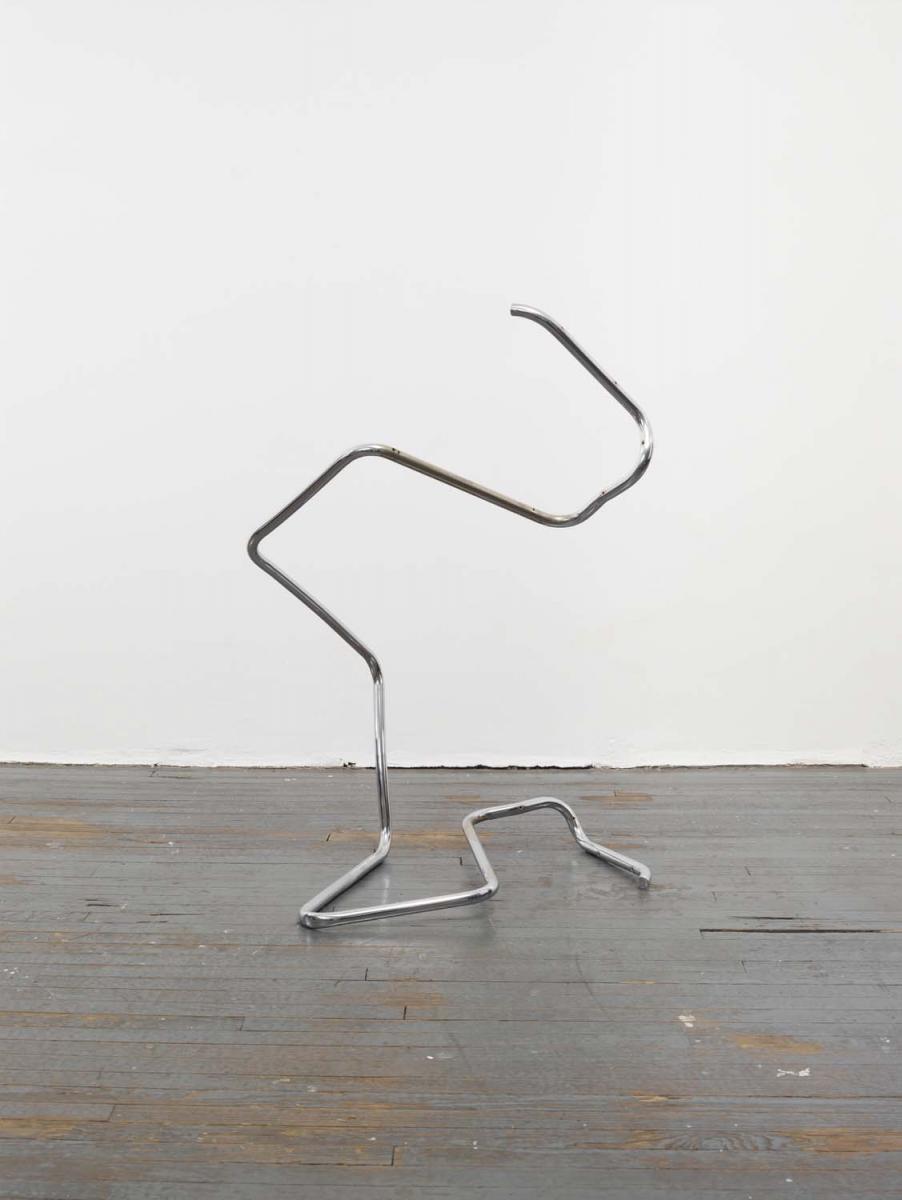 Your work often involves complex technological processes. What’s your relationship to the machine?
I don’t actually think they are very complex. We all use a computer these days, we all have phone and a camera in hand, I use wifi like everybody else. I love AirDrop, it really speeds things up! My printer is commercially available: it’s maybe bigger than what you have at home, but as much as Epson wants to convince us there’s something special about it, it’s rather banal and pervasive. The process is simple; technology is now part of our physicality. We all get the same hand cramps with these stupid iPhones.

Would you be tempted to let it totally go and allow the machine choose for you?
What would I do then?

These days you not only photograph your work but also your studio, its activity and your team of assistants...
It started from looking at photographs of my Black Painting exhibitions in Paris for a book about these two shows. One day I dragged them from InDesign to Photoshop, which in reality aren’t so far from one another technically or spatially. And then I made some paintings with them. While I was waiting for a painting to finish, I photographed the studio floor where I was standing. And then I sent that image to print. When I was working on the Dijon exhibition, the circuit closed more: photographing a sculpture that was in the studio, photographing Jeanette, James and Zach in the kitchen. It allowed for other, interpretative things to come out of the work. These new works could enter different kinds of conversations about painting. 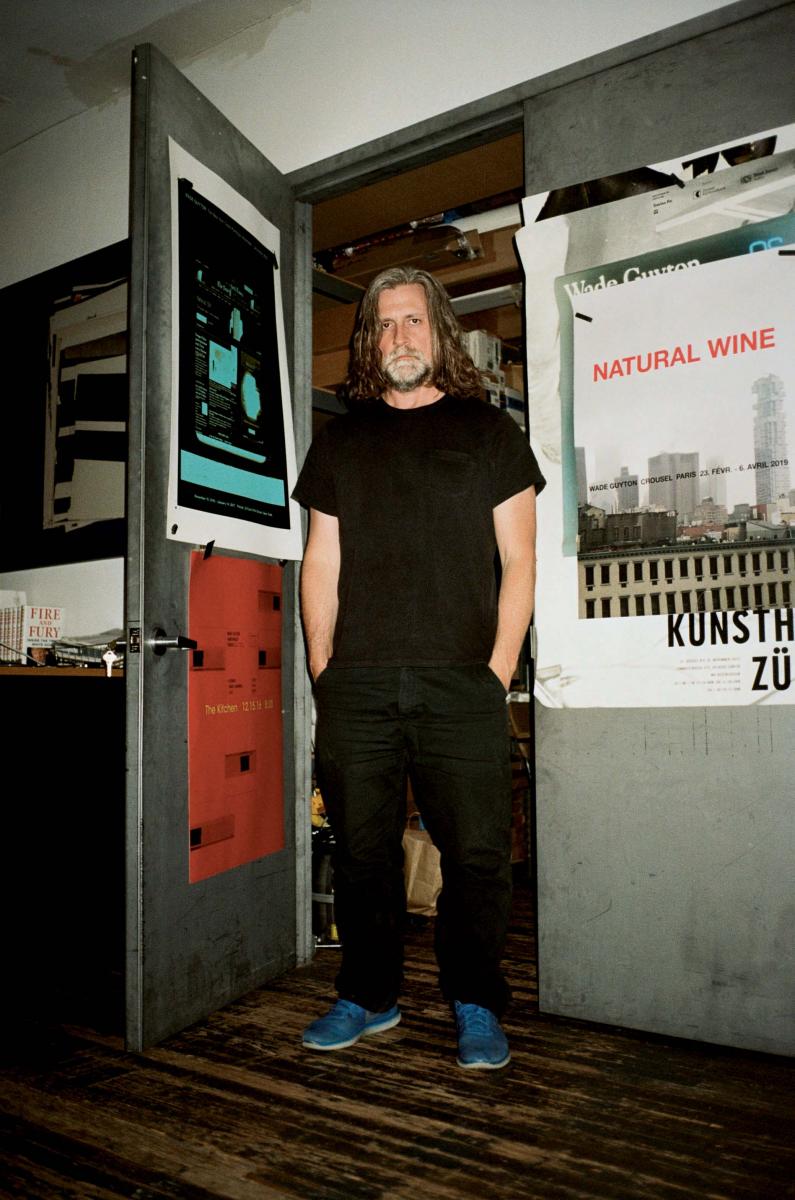 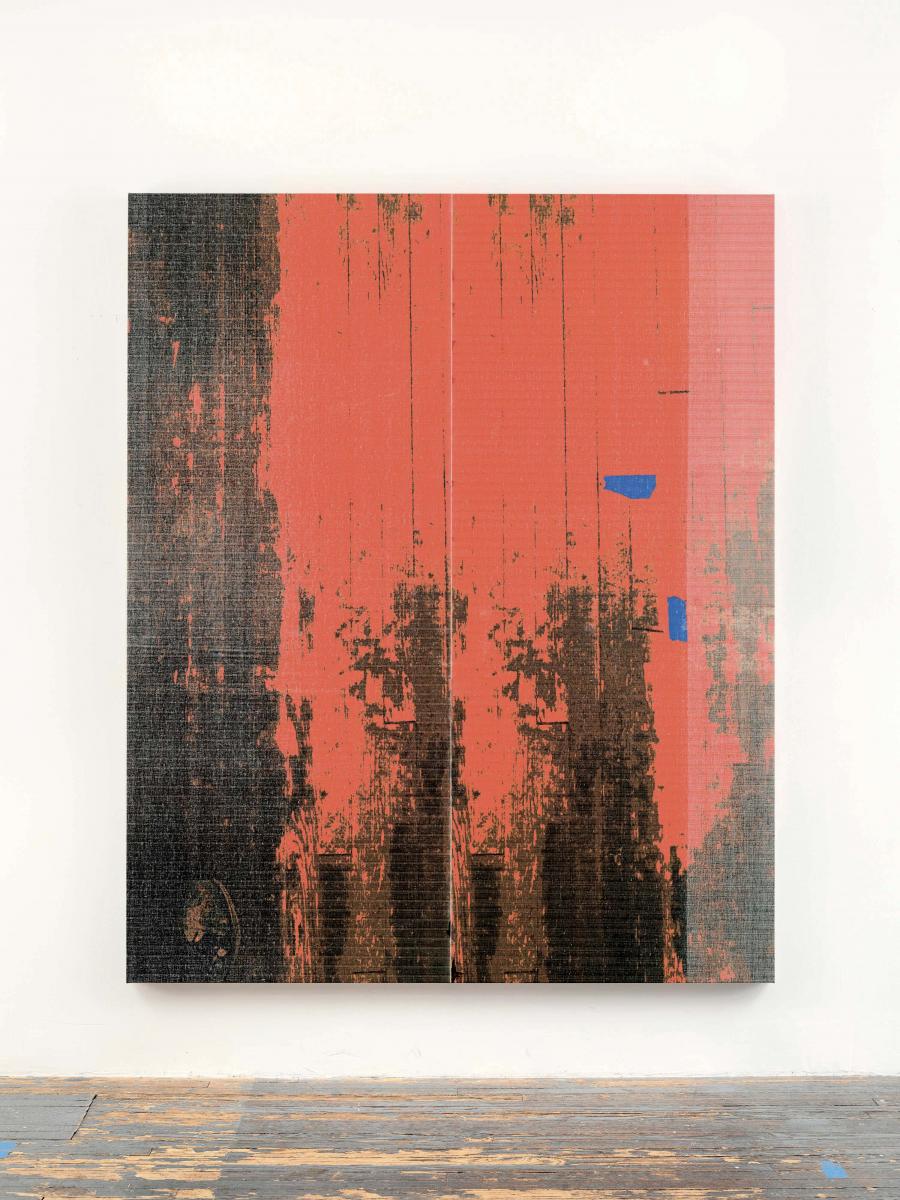 You’ve also gone outside the studio to photograph scenes in, say, New York or Naples. Was this a liberating experience for you?
I don’t feel any more liberated than I did before. Maybe people looking at my work feel more liberated. I never felt my work was leading somewhere specific, so there was no track or evolution in mind. I have always thought action is an inappropriate thought with respect my work. There is a different relation to time and density.

The most recent book about your work includes a long philosophical essay by Tristan Garcia. How did that come about?
I’ve been trying to read Garcia’s Form and Object for the last five years, ever since I came across him at a talk at the Kitchen in New York. I like that I keep picking it up, but sadly I don’t ever finish it. It’s slow but thrilling, repetitive and dense. And when we were thinking about a French writer for the book project with Le Consortium in Dijon, I immediately wondered what he would make of the work; it’s humbling to ask someone to think and write about your work. Luckily you and Stéphanie [Moisdon, the co-director of Le Consortium] arranged it. Thank you. After Garcia wrote the text, he told me that he had been inspired by Kandinsky’sPunkt und Linie zu Fläche [Point and Line to Plane, 1926], and so I decided to use the Kandinsky book as a form, not to copy it or to appropriate it, but to think about the form of it. Why not shape our book around Garcia’s thought and the book he was thinking about? It seemed natural. So the book about my work simply illustrates the three exhibitions – Dijon, Geneva and Vosne-Romanée – with writing that is quite conceptual. I thought the book itself should feel as rigorous as well as catching the rhythm of his text.

Many of your paintings deal with notions of repetition, with the same motifs repeated in different colors. Is this a philosophical paradigm in your work?
I’m not sure how philosophical I am, but yes, there is a lot of repetition, there is a compulsion, the work consumes itself. Files close, reopen, are remade. There is something kind of beautiful about that process for me. 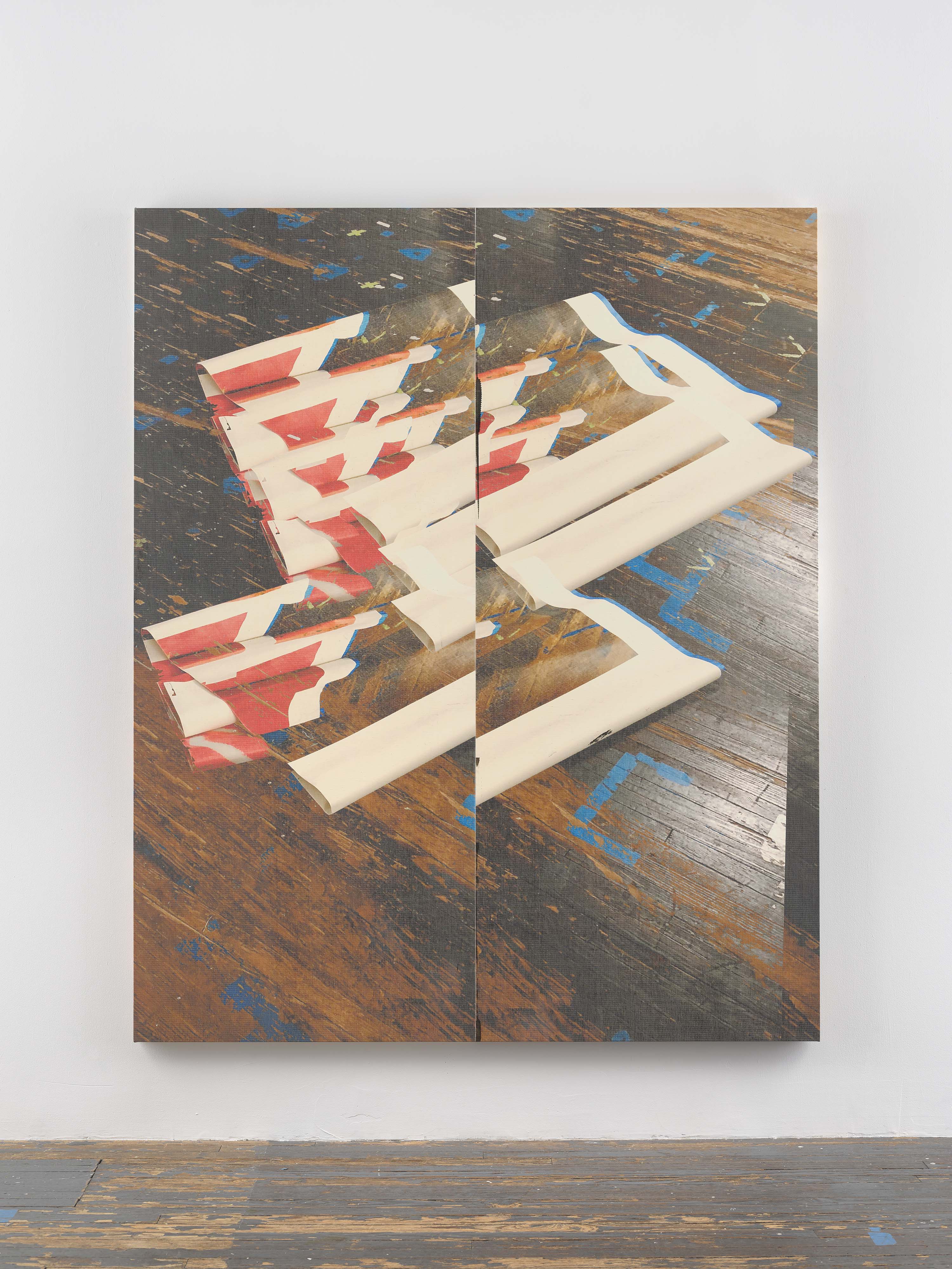