Everything you need to know about Irving Penn

Irving Penn was a discreet man. Of course, we know some pictures of him, a few rare self-portraits, and a number of images caught of him on shoots. At his funeral mass in October 2009 his family edited a little brochure of 12 portraits showing him at work. In this booklet - now a highly sought-after piece of fan memorabilia - was also a list of those who did the eulogy. Among them were his faithful stylist Phyllis Posnick, Anna Wintour and Issey Mikaye – proof, if needed, that fashion always played an important role in his oeuvre. 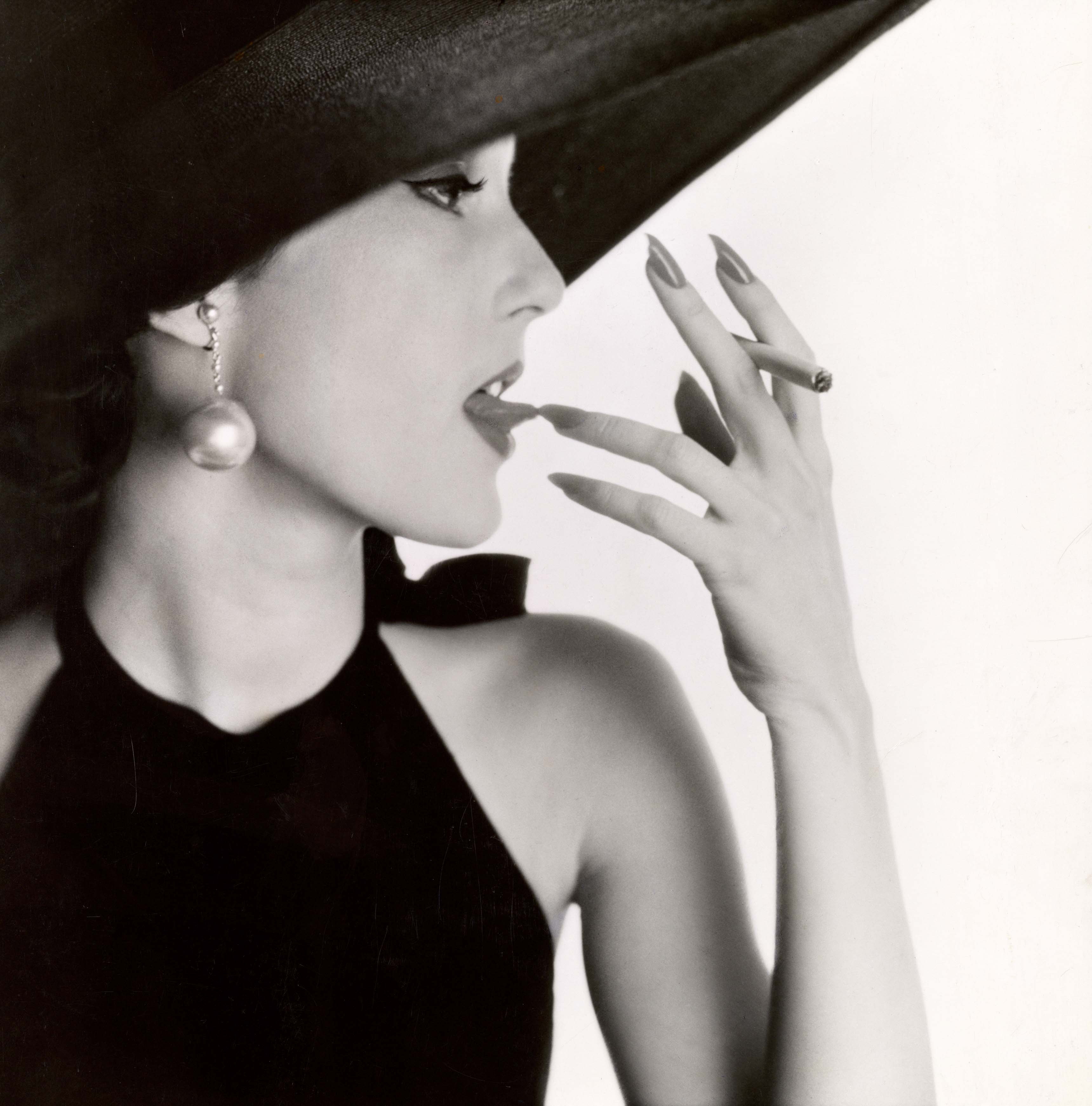 Penn didn’t start out as a fashion photographer. He joined Vogue in 1943 as a portrait photographer after being recruited by artistic director Alexander Liberman. He immortalised the New York art scene enriched in those years by the Europeans fleeing Nazism. Liberman gave him a studio and some assistants. A studio without any daylight and just a couple of spotlights turned in one direction, adhering to his motto: There’s only one sun!

Having been the art director at Saks before, he was used to working with nothing. For his studio he devised an angle made of two wooden walls… opened at varying degrees. And that was where he positioned his models, who seemed stuck and often as if they’re begging the photographer for air. Couturier Charles James managed to break a wooden mannequin wearing one his creations, as he lay on the floor gazing at the lens. Elsa Schiaparelli tried to escape and Igor Stravinsky cups an ear listening… It was also there that Irving Penn did his first fashion images like Mrs. Amory Carhart, New York, 1947, showing the model in a wedding dress, a sad look on her face, bouquet in hand.

In 1948 Liberman sent him to Peru, a country that was a la mode thanks to the release of the best-seller Lost City of the Incas, that recounted the accidental discovery of Machu Picchu in 1911. Penn flew out of New York with Babs Simpson, who would become his long-term stylist, suitcases of clothes and the up and coming model Jean Patchett. The results came out on February 15th 1949 – a fashion shoot recounting the sojourn of an American in Lima. One image from this shoot became iconic and has passed into posterity: Cafe in Lima (Jean Patchett). It was his first and last fashion shoot that took place outside. 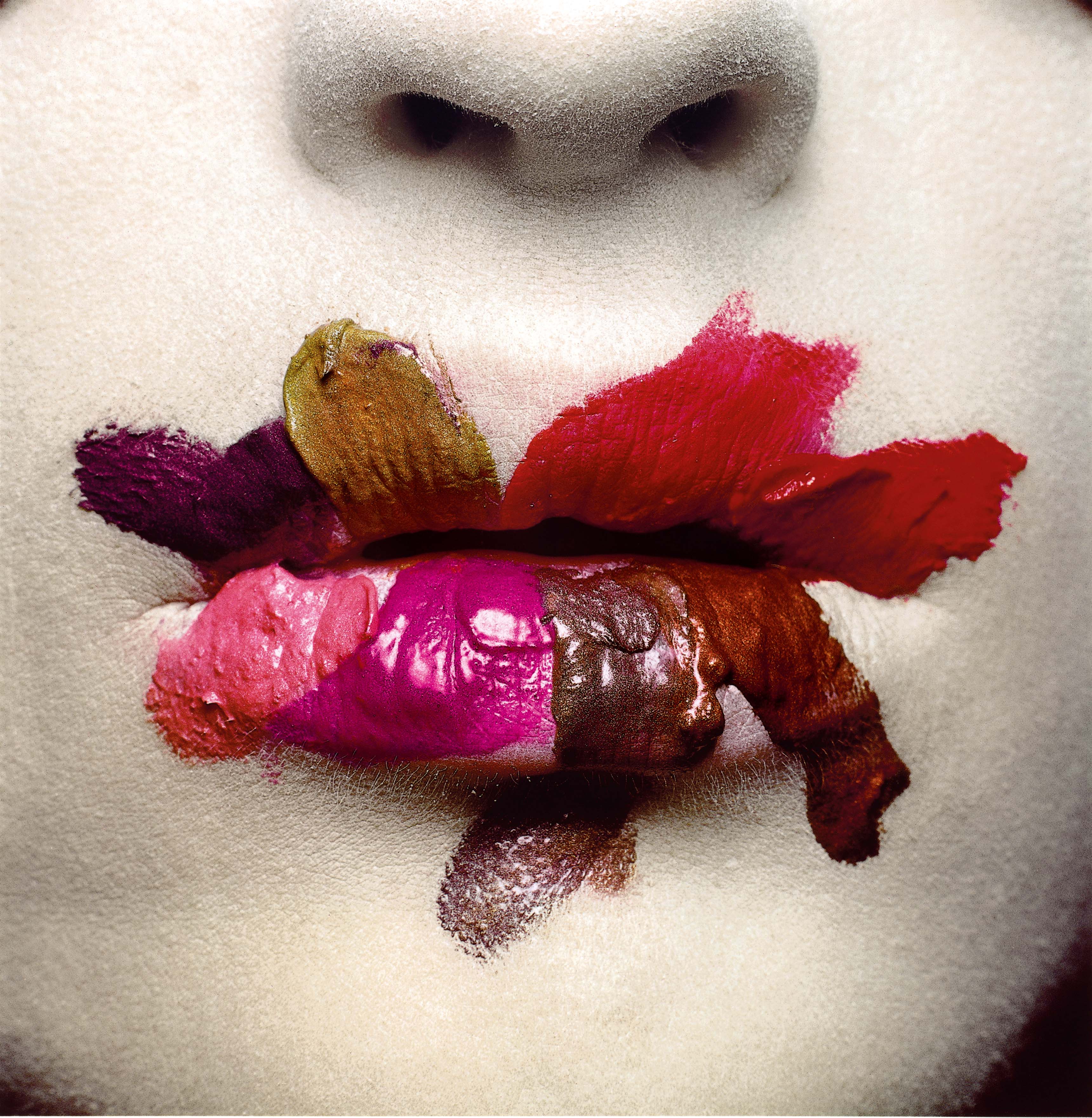 Penn is an all-rounder photographer who illustrates himself through portraiture, still life and fashion. Whatever was asked of him, his images were taken in the studio with just a backdrop, the same one forever. He was a creature of habit. Every day he would arrive at his studio at the bottom of Fifth Avenue in New York – he lived five blocks away. Once there, he would put on a pair of jeans, a blue Issey Miyake jacket and a pair of Supergra sneakers. He worked in silence, no music, no smoking. When he shot a portrait, he would stand in front of the subject and talk to them for a long time with a calm voice, creating an intimacy and making the confrontation of the lens comfortable.

To really understand Penn’s work in fashion, you have to see (ideally several times) his series devoted to Issey Miyake. In December 1987 the Japanese designer sent hundreds of garments from his archives to Penn’s studio and gave him carte-blanche. With the technical assistance of two Japanese friends, the photographer chose the pieces he liked best and assembled the silhouettes as he pleased. The work of the photographer mirrored that of the designer. Unworn the garments became sculptures. Miyake’s simplest creations were transformed into abstract forms. Penn reacted like an architect, inventing volumes and structures.

For his fashion images, Penn accumulated a rich iconography of pictorial references, classics in art and sculpture, but also fashion illustrations from the early 20th century. He’d prepare his shoots by scribbling sketches in little notebooks, decipherable by him alone. Photographing fashion for him was about subverting it. As he said himself, he sought to make the model’s head unfashionable by introducing fantasy. In Woman with Chicken Hat, New York, 1949, he perched a chicken on the hat of his model Lisa Fonssagrives, who would later become his wife. Penn liked mocking the absurdity of fashion all while respecting the clothing and the work of the artisans whose savoir-fair was behind each creation. Rare is the close-up of a sleeve, hat or glove.

In his photographs, the models disappeared, their faces becoming neutral masks. Their visual treatment is no different to that which Penn imposed on the remote tribes of New Guinea or Dahomey (now the Republic of Benin) which he also immortalised. Do we recognise Nicole Kidman in Nicole Kidman in a Chanel Couture, Lagerfeld’s Mannish Tweed Jacket, New York, 2004? Or Shalom Harlow swathed in Lacroix veils in Lacroix Lace Dress (Shalom Harlow), Paris, 1995? He also did nude portraits of top models Kate Moss and Gisele – a rare privilege. Through his oeuvre Irving Penn strived to show us that fashion photography, just like fashion itself, can move from the domain of simple crafts to become a great art. A quest that Helmut Newton, Richard Avedon and Guy Bourdin, his great contemporaries, also led. 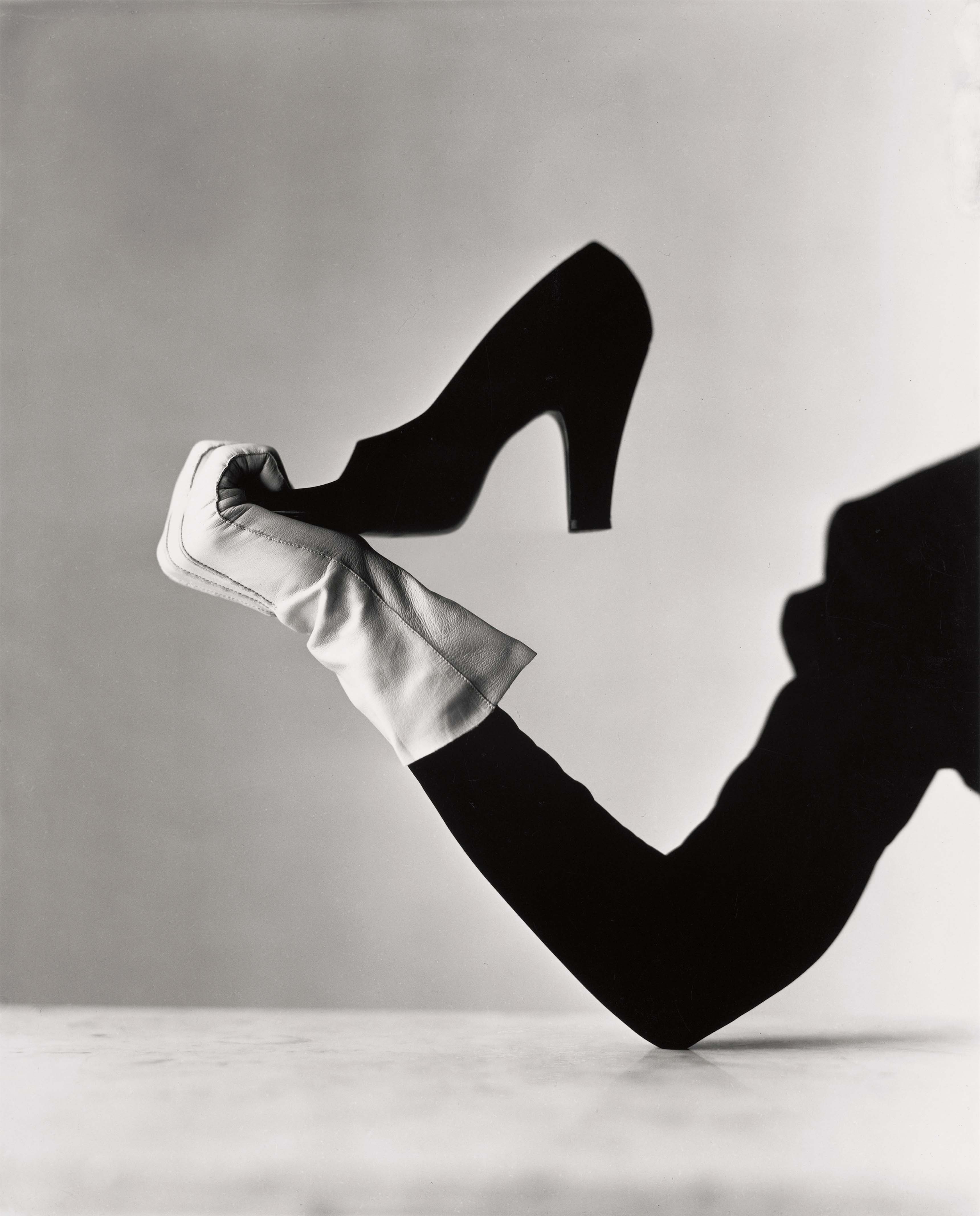