Two years after the science-fiction series 22.11.63, Stephen King and J. J. Abrams are back in cahoots with Castle Rock, a psychological thriller much-anticipated by fans of the American novelist, horror’s true master. 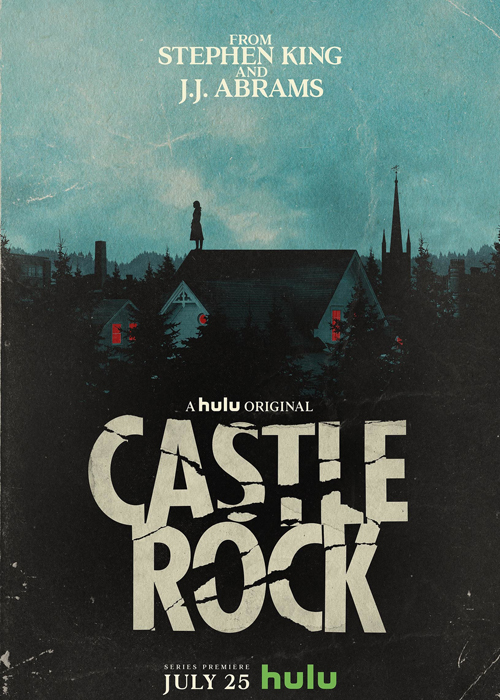 Poster for the series “Castle Rock”.

A creepy town, weird characters and a whole load of inexplicable happenings… All the ingredients are there in Castle Rock, the new series produced by J. J Abrams (Poltergeist, Star Trek, Super 8) and writer Stephen King. Somewhere between horror and psychological thriller, the series will delight inveterate fans of the eminent American writer by giving them a sort of ‘best-of’ of his most famous nightmarish stories.

Different characters from Stephen King's world cohabit in this scary fictional town (somewhere in Maine). While an investigator starts poking around about the imprisoning of a mysterious young man, strange phenomena start happening in town. An enigmatic outcome incorporates elements of The Shawshank Redemption (with the Shawshank prison), Dead Zone, The Shining, It, Needful Things, Cujo and even Carrie.

At the crossroads between Sharp Objects, Dark and Wayward Pines, the new opus by the prolific duo is endowed an eclectic cast, all experts in the art of horror. While James Franco was impressive in the role of Jake Epping in the series on the assignation of JFK, 11.22.63, now its Bill Skarsgård’s turn to take the lead. Just like his interpretation of  Pennywise in It, now he’s terrorising the other protagonists in the skin of a particularly dark prisoner. It’s a made-to-measure role for the Hemlock Grove actor, as he stars alongside Sissy Spacek, who played the title role in Brian de Palma’s Carrie, as well as André Holland (seen in American Horror Story: Roanoke) and Jane Levy (Twin Peaks, Evil Dead).

The new Stephen King and J. J. Abrams series, Castle Rock, will be available on Hulu from July 25th