Gwyneth Paltrow is ruffling feathers with her new Netflix series

Showing on Netflix since January 24th, “The Goop Lab” features Gwyneth Paltrow and the team behind her controversial “lifestyle empire” in a series of pseudo-scientific adventures. The result? Six mini-documentaries that are as entertaining as they are disturbing. 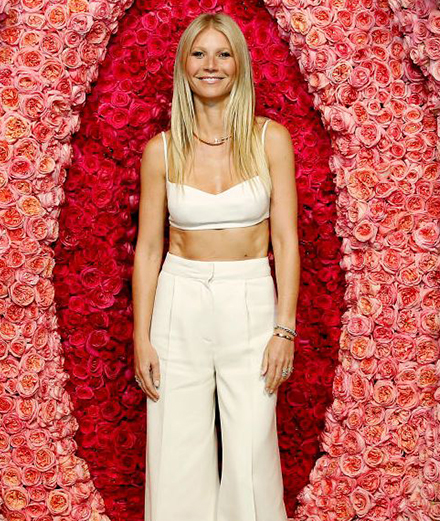 Unforgettable in The Royal Tenenbaums and Two Lovers, Gwyneth Paltrow’s talents are undeniable. But when it comes the lifestyle she promotes, the Oscar-winning actress is more divisive. And for good reason, after telling the whole world to start eating kale in her cookbooks, Gwyneth Paltrow has gone even further with self-care. She has imposed herself as the most seductive guru in town and seems to sell just about anything on her website, from a candle that smells ‘like her vagina’ to wellness tips that verge on sorcery.

Two years ago, the sale of yoni eggs made of jade and rose quartz – an ovoid semi-precious object that once inserted inside the vagina is supposed to tone the perineum – caught the attention of Californian authorities, following the denunciation of a association specialising in pharmaceutical products. Gwyneth Paltrow’s company, that organises seminars for exorbitant prices, was thus made to pay a fine of $145,000 for selling the medicinal virtues of these eggs… But the controversy has done little to slow down the businesswoman, and her followers are increasing.

With The Goop Lab, her new series for Netflix, Gwyneth Paltrow is further developing her small – but incredibly lucrative – market, by promoting products inspired by ancient healing methods, for sale by her company Goop. Her intentions sit at the frontier of well-being, mysticism and pseudo-science. To avoid any more court cases, the actress warns the viewer at the start of each episode that her goal is to “entertain and inform, not to give medical advice.” But each 35-minute documentary oscillates between genres without any real ethical precaution. We see the Goop team carrying out various experiments with consenting "guinea pigs".

The first episode is all about psychedelic therapy. Scholars talk about the significant advances in research, while the Goop team ingests a mushroom tea, monitored by therapists. According to some participants, seemingly in ecstasy, taking certain drugs could cure anything. And therein lies the problem: the complete absence of any contradictory investigation and nuance on the subject.

Gwyneth Paltrow is reviving the gonzo journalism of the 1970s, a literary genre in which the reporter expresses themselves in first person. She takes on the role of a media guru who doesn’t hesitate to get her ‘hands dirty’. But the actress adds a lot of cashmere and a certain Hollywood cachet to the hippie punk verve of Lester Bangs. Gwyneth Paltrow talks calmly with conviction on each subject, and has a glamorous vision of these controversial practices. From the medium in touch with the afterlife and the drastic dieting to the energy healing, the actress seems to be saying that anything goes and everything is “cool” as she sits swathed in oversized designer clothes with her LA celebrity blonde hair, radiating Hitchcockian elegance.

The expert interviews are followed by the opinions of the participants - the real people - delivered in complete anarchy. Most of the time, like a miraculous thought rather than a serious study, The Goop Lab loses us with its endless tasty yet utterly superficial anecdotes: like Gwyneth taking MDMA in Mexico. While the series shines a spotlight on themes very much in tune with the times - feminine pleasure, aging and even spiritualism - their treatment remains very caricatured.

The participants become characters of real TV: a veteran of the Iraq war who suffers from PTSD, does appear to find comfort in the psychedelic therapy. But in terms of wellness advice, we would rather be prescribed a double dose of The Politician, the Netflix series in which the Seven actress is on much better form than in The Goop Lab.

The Goop Lab, on Netflix.