Hunters, the new Amazon series produced by Jordan Peele and starring Al Pacino, pulls no punches: set in the aftermath of the Second World War, this liberating action drama tells the story of a group of vengeance-seeking Jewish mercenaries who have no qualms about eliminating evil through violence. 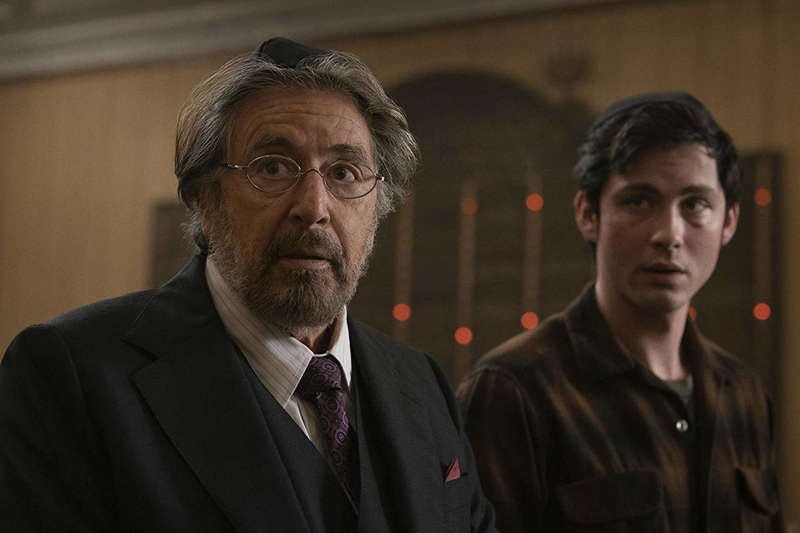 Fiction as a way of “repairing” history was the driving force behind two new aesthetic exercises last year. Quentin Tarantino’s movie Once Upon a Time in... Hollywood showed us a late-60s Los Angeles in which Sharon Tate had not been savagely murdered, and enlisted Brad Pitt and Leonardo DiCaprio to sing what was a love song to the vestiges of Hollywood. Based on Alan Moore and Dave Gibbons’s graphic novel, the series Watchmen, written by the creator of Lost, Damon Lindelof, tells the story of an alternative America where Robert Redford has been elected president and white supremacists are a major threat to the country’s stability. Each time, the same process is at work, one that seeks to reveal a deep-rooted American tendency towards hatred and violence through the liberating medium of fiction. Not to rewrite the past, but to push it to the point of delirium and in doing so bring back all its power to illuminate the present. Watching Hunters, Amazon’s new online series, it’s hard not to think of these two recent exercises in the genre: even if the approach is different, the spirit is the same, all three playing with the legacy of grave collective traumas.

The work of a young unknown scriptwriter, David Weil, Hunters, which is based in fact but pushes history to its logical extreme, deploys characters who resist the horror of the past. The history in question is that of the Nazi atrocities carried out in Second World War Europe. Audacious and explosive, Hunters evokes life in the death camps through a series of flashbacks while telling the story of a group of vengeance-seeking Jews (filmed in the style of small-budget exploitation movies) who, in the U.S. of the 1970s, hunt down high-ranking Nazis who have made new incognito lives there. A 1977-style action series with period costumes and music to match? Given the subject matter, the treatment is daring to say the least. It’s perhaps in this kind of “incongruity” that we can recognize works that are capable of shaking up the most entrenched attitudes, such as those which insist that the horror of the German death camps can only be dealt with through “serious” drama. 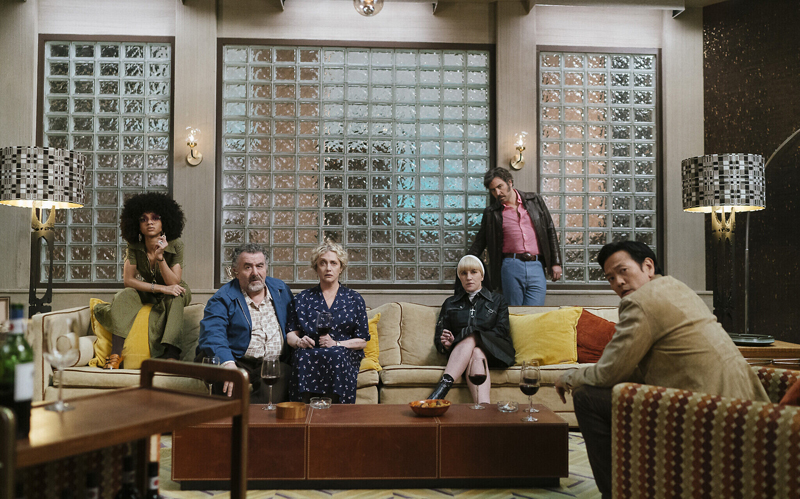 With Inglourious Basterds (of which one inevitably thinks when watching Hunters), the director of Pulp Fiction made a black-comedy action thriller in which Hitler ends up assassinated. Hunters goes even further in its risk taking, and is not shy of shocking with its portrayal of a gang of Jewish mercenaries whose goal is to eliminate evil through violence. So it’s not surprising to see, among the names in the credits, that of producer Jordan Peele (Get Out, Us), one of the sharpest and most politicized minds in the world of American film and series. “When I read David Weil’s script,” Peele recalls, “I knew straight away I wanted to be involved. It’s cathartic. It’s dark. It’s pertinent to the point of being frightening. It’s exactly what I want to see in a series.”

When Peele speaks of pertinence, he’s obviously raising the question of the persistent hatred – in particular anti-Semitic hatred – that still characterizes our world today. Hunters rubs salt in the wound by showing American society as literally blind (the Nazis who have escaped to the U.S. are perfectly integrated), the threat of evil being internal and not coming from abroad. To give weight to the scenario, the producer hasn’t skimped in the casting department either, inviting Al Pacino to return to the small screen for the first time since Angels in America in 2003. On the eve of his 80th birthday, the star of The Godfather and Dog Day Afternoon has found one of his most interesting roles since the end of his “legend” period: caustic, seductive and intense, his character takes under his wing the show’s hero, a young man whose grandmother was murdered in front of his eyes by a Nazi, which led him to join the hunters. The Pacino character has a motto, taken from the Talmud, which achieves just the right blend of irony and profundity: “Live well. It is the greatest revenge.”