Although it is possible to endlessly watch the three seasons of Twin Peaks over and over again, there are plenty of other fantasy series, less famous but just as brilliant, that have appeared over the last few years on various streaming platforms. Black magic, vampires, the living dead… The legends of the small screen have the power to make the chaos of the outside world disappear… at least for a little while. So, with binge-watching the order of the day, here’s an overview of some brilliant lesser known works. 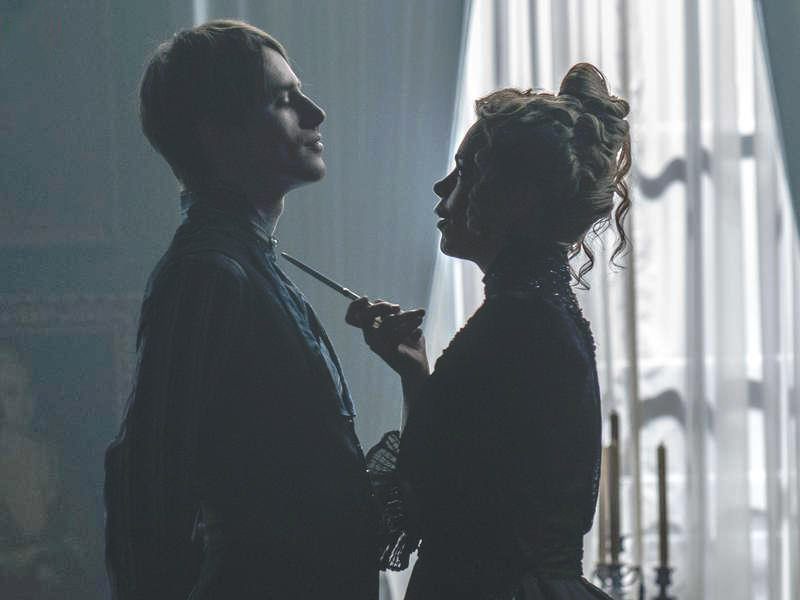 In a Victorian London ruled by nocturnal creatures Eva Green plays Vanessa Ives, a woman being pursued by the devil himself. Four years after the final episode of this British series, no other role seems to have rendered the actress quite as sublime. Between her Gothic dresses and spiritualist seances, the Bond girl’s aura has never shone so brightly as during the three seasons of Penny Dreadful. While the series focuses on its leading lady, plenty of other characters get a look in. From Dorian Gray and Dracula to Frankenstein, all the monsters of the era are reunited in these “penny dreadfuls” – the horror magazines that cost a penny in England and from which the series takes its title.

With deliciously off-kilter characters and a resolutely British humour, Dirk Gently's Holistic Detective Agency is a subtle mix of comedy and fantasy. Not unlike a certain Doctor Who, the series is adapted from the cult novels of the British writer Douglas Adams, The Hitchhiker’s Guide to the Galaxy. Thus, the plot revolves around the fanciful Dirk Gently (played by Sam Barnett), a holistic detective convinced that all strange phenomena are linked together, and his (not entirely willing) assistant Todd, played by a certain Elijah Wood, made famous by his interpretation of the hobbit Frodo. Like a sort of hallucinating thriller or metaphysical delirium, the series follows the nebulous deductions of Dirk Gently, convinced that “everything is linked”, from a crime committed in a hotel room accompanied by bite marks on the ceiling to the more trivial loss of a dog.

After a resoundingly successful first season and then a second that was shunned by critics, The Returned came to a screeching halt in 2014, despite its status as “the best French series of all time”. Built like a disturbing dream in old-fashioned colours, the series followed the anxiety-provoking destiny of a French village facing its own ghosts. Caught somewhere between a hazy photograph and remarkably well framed scenes, it still haunts us, helped of course by the specially recorded soundtrack by British rock group Mogwai. To give shape to these troubling - and troubled - characters, the crème de la crème of the French film scene lent itself to the project, from the brilliant Céline Sallette and Clotilde Hesme, to the intense and brooding Grégory Gadebois and Frédéric Pierrot.

The Returned, available on demand on Canal+.

“Silence weighs heavy on the wood and the stone of Hill House. And those who walk its corridors alone.” Such are the opening words of the first episode of The Haunting of Hill House, a Netflix series inspired by the Gothic novel of Shirley Jackson, first published in 1959. While reclaiming the codes of horror, Mike Flanagan - show-runner of the series to whom we owe the films The Mirror and Doctor Sleep -, explores all kinds of themes, from mental health to mourning, not to mention the family dramas that inexorably stem from it. The plot line is not particularly new: a family moves into an old manor house, thus awakening the ghosts living in their attics. However, between the sublime cinematography and a hauntingly sweet soundtrack, it holds all the keys to success. While he obviously uses plenty of jump scares, ominous shadows and demonic faces, Mike Flanagan manages to mix these traditional codes with others, like the series of sequences in the sixth episode, Two Storms. A second season is just about to be released, this time adapted from a Henry James novel, The Turn of the Screw, which takes place in an old country house, where two orphans are looked after by a young housekeeper.

The Haunting of Hill House, available on Netflix.

THE HAUNTING OF HILL HOUSE

Fluorescent jellyfish cover the beach alongside dozens of corpses. At a time when everyone lives forever and when death is but a distant memory, the world is in the grip of a wave of unexplained and inexplicable suicides. Resolutely philosophical, Ad Vitam updates the science fiction genre of anticipation by offering its own set of neon lights, following the trend launched on the big screen by Blade Runner 2049. With Thomas Cailley at the controls - director of the film Love at First Fight starring Adèle Haenel, accoladed at the César awards - Ad Vitam draws its strength from an unexpected duo of actors: Yvan Attal and Garance Marillier, who performs with all the magnetism and that animal gaze that had us hypnotised in Raw.