Interview with Miuccia Prada : “The word “beautiful”is overused, just like the words “luxury” or “chic” in fashion circles.”

On Monday 10th December, Miuccia Prada received the Outstanding Achievement Award at The Fashion Awards 2018 rewarding her in recognition of herentire career. Renowned both as fashion and art icon, the Italian designer spoke with Numéro Art about her famour foundation. 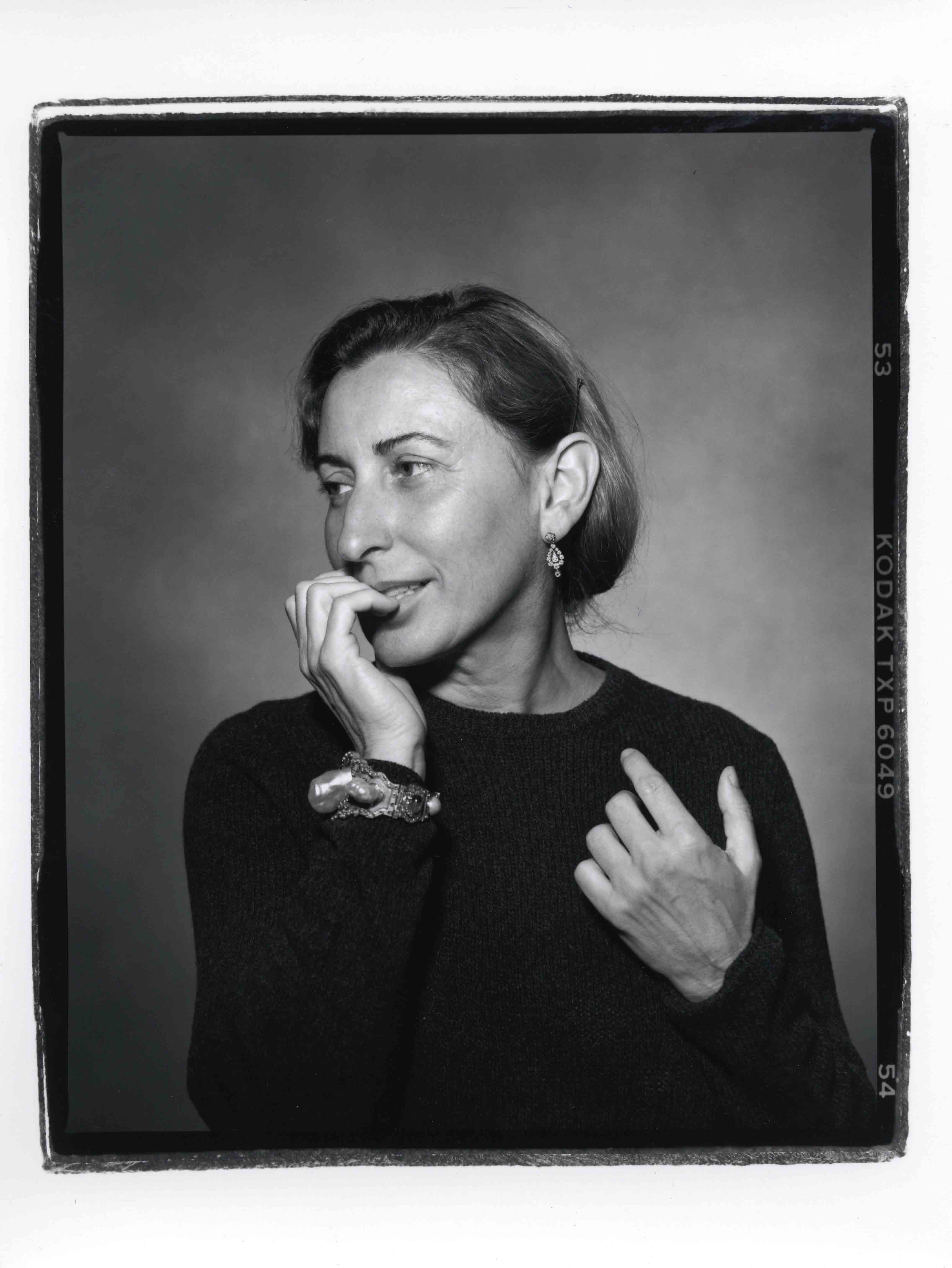 Over the past 20 years, the Fondazione Prada has become the spearhead of an art that is fully engaged with its times, as stimulating and challenging as it is varied and enjoyable. Since the opening of its Milan flagship in 2015 – an extraordinary ensemble designed by architect Rem Koolhaas – the foundation has been able to organize ever more demanding and thought provoking exhibitions. For this very first issue of Numéro art, Miuccia Prada, who set up the foundation with her husband Patrizio Bertelli, explains the vision behind it.

Numéro art: how do you decide which artists, projects and commissions to show or take on at the foundation?

Miuccia Prada: Art for art’s sake doesn’t interest me. I’m much more interested in ideas, not only from artists , but also from scientists or film directors. In my opinion, people  today – including artists sometimes – are no longer used To dealing with the urgency of ideas. Obviously you’ll say To me in reply that there are events like Documenta that bring together great artists and thinkers, and you’re right. On the other hand, and it is more important after all, art for me is still the best world in which to live – it’s a world that opens knowledge up to you, and allows you to make extraordinary encounters. I’ve always thought that in order To really know and challenge people, you have to work with them. That’s what we do at the foundation.

Is it true that you chose Rem Koolhaas as your architect because you’d been told he was “difficult”?

There is certain amount of truth in that. [laughs.] Originally we were looking for an architect who could come up with something completely different for our retail spaces. We asked a few people, but none of them mentioned rem. My husband and I looked at a huge number of books and we ended up coming across some of rem’s work. It was immediately obvious that he was very good. So I asked the people who’d been advising me why none of them had suggested him. “Because he’s so difficult!” was the reply. I said, “oh yes?”, and went to see him. And we’ve been working together ever since. His way of thinking is very close to ours.

What did you have in mind for the foundation’s buildings?

All that gave rise to long discussions, of course. Rem didn’t want to use the old industrial buildings that were already on the site. So my husband asked him, “do you really want to demolish the whole lot?” The site had such a strong aura and atmosphere. In the end rem decided to create a dialogue between the old and the new. The main idea was that you would enter the foundation as you enter a state of mind. To understand creation, you first have to understand thought, a way of thinking. Each of the spaces – and they’re all different – must allow you to enter into a state of mind, and must also be capable of welcoming in different states of mind, different artists, different filmmakers…

“When I like something, I say that it’s beautiful. It’s a simple word that can say a lot. Obviously the word is overused, just like the words “luxury” or “chic” in fashion circles.”

When you started taking an interest in art, how did you go about it?

Once my husband and i started, we took it very seriously. It was a long learning process. We read book after book after book. We went to meet artists. We went to the US, to Marfa and to the New Mexico desert to see Walter de Maria’s land-art piece the lightning field, etc. And then we became friends with many artists… what stayed with me from all that? The sophistication of thought. Learning to think in different ways. Getting into a relationship with art is like starting one with an extremely intelligent person: it opens up new horizons for you.

You spoke earlier of the world of contemporary art as a world of ideas, not beauty. Has beauty completely disappeared?

It’s a word I use often, like everybody. When I like something, I say that it’s beautiful. It’s a simple word that can say a lot. I prefer to keep to basic and essential ideas without pontificating too much on them. Obviously the word is overused, just like the words “luxury” or “chic” in fashion circles. There are words that are used so much nowadays that it’s become impossible to define them. 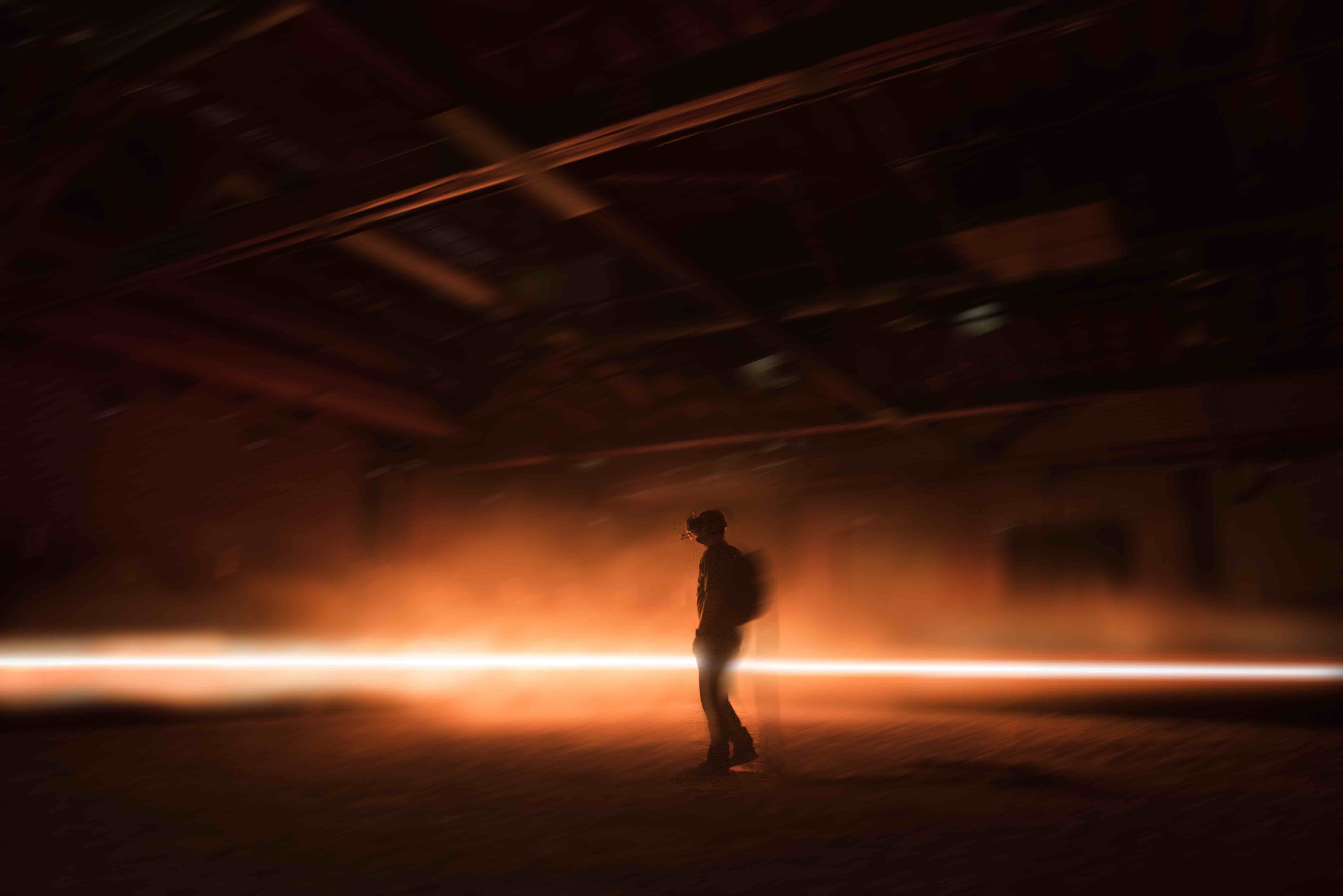 “When people tell me I’m an artist, I don’t like it. I’m a fashion designer.”

What would you say is the best way to experience a work of art?

Rapidly. What counts is the first impression. It’s also my approach in my work. I’ve learned to stay alert and to trust my instincts. There are advantages and disadvantages in that of course.

Yet one of the complaints about contemporary art is that you need a whole page of explanations to understand it.

I was only talking about my personal experience and my first encounter with a work. Afterwards there’s a period of getting to know it more profoundly. There are always two aspects: the impression the work makes on you and the explanations that are given. With no information about a piece, or with no knowledge of art, you can still try to appreciate a work, but… is it possible to frequent art as a “tourist,” something which tends to offend the purists? I don’t have an answer to that.

What approach to you take towards the public at the foundation?

There’s something that, to my mind, is very important, and that i should have talked about earlier: culture has to be attractive. Art must be a pleasure. That’s really the only way we learn.

Art is so attractive these days that all the big brands are having a go at it – partnerships with artists are ever more frequent, and everyone is claiming to be an artist.

I don’t know why. When people tell me I’m an artist, I don’t like it. I’m a fashion designer. 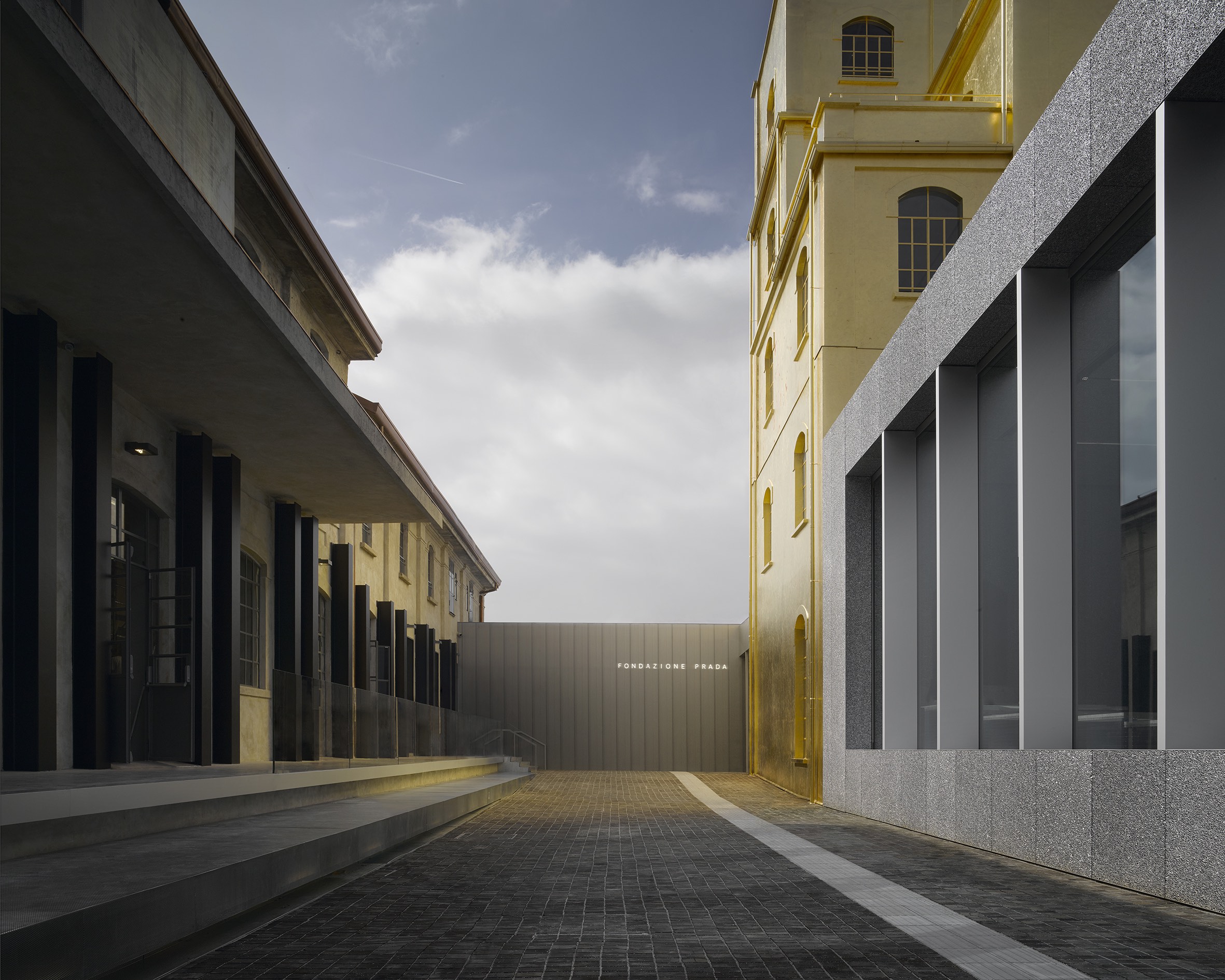 What should the artist’s role be?

To think. To make us think. To present reality to us – the facts and ideas – from viewpoints that were previously unknown. In that respect, artists enjoy a certain freedom. But it seems that the aspiration to greater freedom isn’t shared by everyone. Or perhaps it’s that this idea of freedom that came out of the post-war era is a concept that has lost its meaning. Who knows? I’ve only got one thing to say: stay vigilant. The freedom we take for granted is far from certain; today it’s more than ever in danger. My son told me something recently: that i was lucky. Lucky not have gone through a war. As though it were inevitable that his generation will have to do so sooner or later.

But war is already happening in Europe, in Ukraine for example, not to mention the terrorist attacks...

And yet our modern world has never prioritized happiness and superficiality so much as it does now. I try to understand the world with my old-fashioned instruments, and it invariably remains opaque to me. Everything remains complex. We perhaps need politicians and intellectuals capable of offering us a coherent and readable vision of our world. I’m constantly searching for them.

Artists can be of no help?

Of course – artists have fascinating viewpoints. And the more of these points of view you begin to understand, the more your thought becomes incisive. But we’re still only talking about a few pieces of the puzzle. I feel a lack of a global political vision of the world. I’m still left asking, “what on earth is it that’s going on right now?!“

Isn’t it the end of ideologies? Religious belief has collapsed in the west, just like communism. Nowadays people don’t even bother to vote, as though they didn’t believe in democracy anymore.

Ideologies are a bad thing by definition. But they provided a path for thinking, even if that led to one’s abandoning them later. First Catholicism and then communism forged my mind to a certain extent. But what about the youth of today? Maybe art can help them. 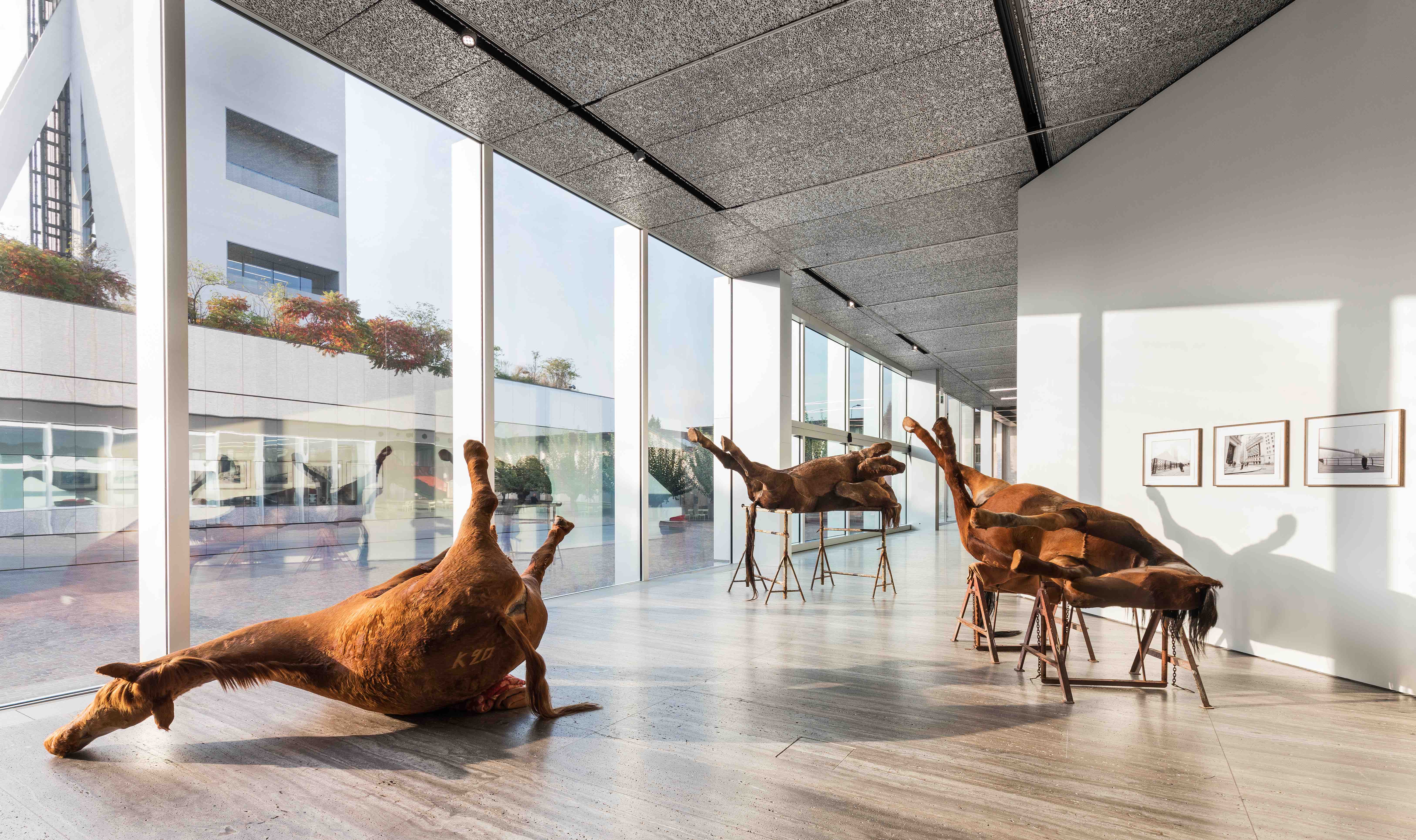 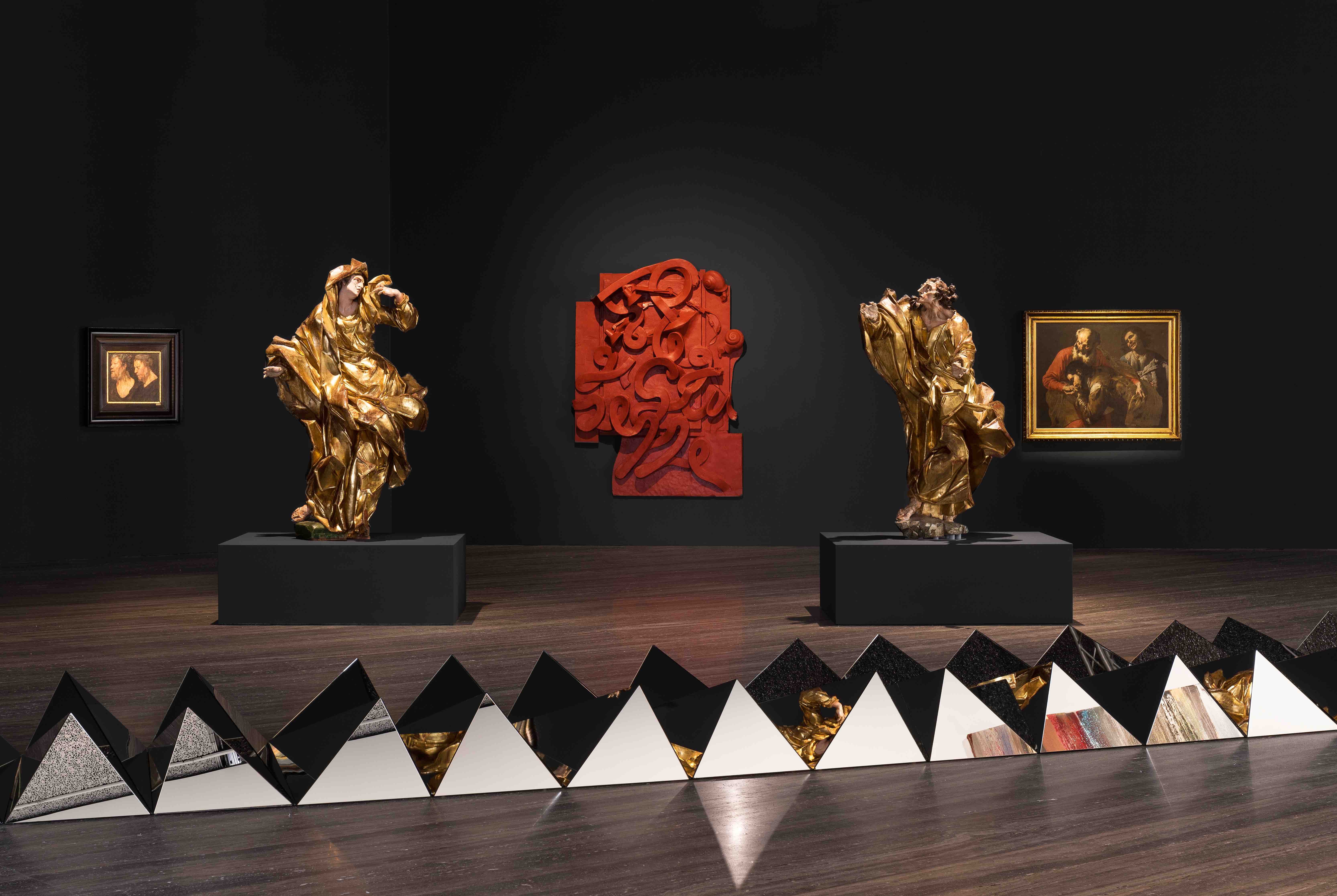