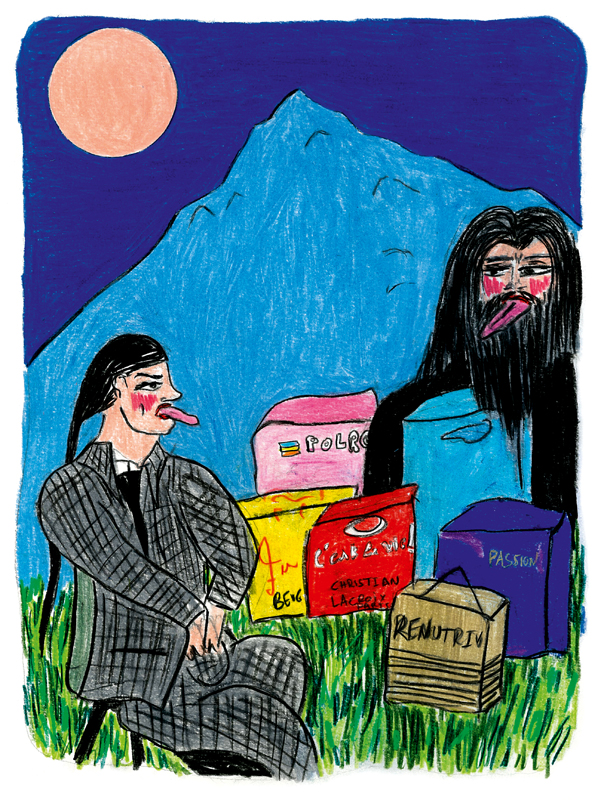 On 17 December 1990, gallerist Jacqueline Rivolta sent out Christmas cards printed with images of the first Shopping Bags that Swiss artist Sylvie Fleury was showing in Rivolta’s Lausanne space. It was Fleury’s first “official” show under her own name – rather than the pseudonym Sylda von Braun she had previously used – but she was not showing alone: the group exhibition also featured work by two other Swiss artists, John M. Armleder and Olivier Mosset. Today, however, no one remembers which pieces were shown by these two established figures, since they were completely eclipsed by Fleury, whose collection of coloured shopping bags immediately went down in the annals of form. Each one sported a brand logo – among them Estée Lauder, Azzedine Alaïa, Polaroid, Fred Hayman, Elizabeth Taylor’s Passion and Christian Lacroix (the latter bag having been made for his perfume C’est la vie!, which Fleury adopted as the title of her piece) – and still contained the items Fleury had purchased. At a time when fashion and art were separate spheres, and political correctness was beginning to bite, the fact that a female artist should tackle the subject of shopping caused rather a ruckus. Especially given the undeniable aesthetic qualities of C’est la vie! – a striking updating of scatter art – which opened up a rich seam for Fleury: she would go on to realize 50 odd such pieces, whose troubling ambiguity retains all its pertinence today.