The provocative young Canadian rapper plays with every ounce of her sensuality in a rap style that is charactized by its throbbing flow and raw lyrics. After the success of her first album, 2015’s World Vision, she recorded a second opus which she then consigned to the dustbin. Now she’s back with the long-awaited Genesis. 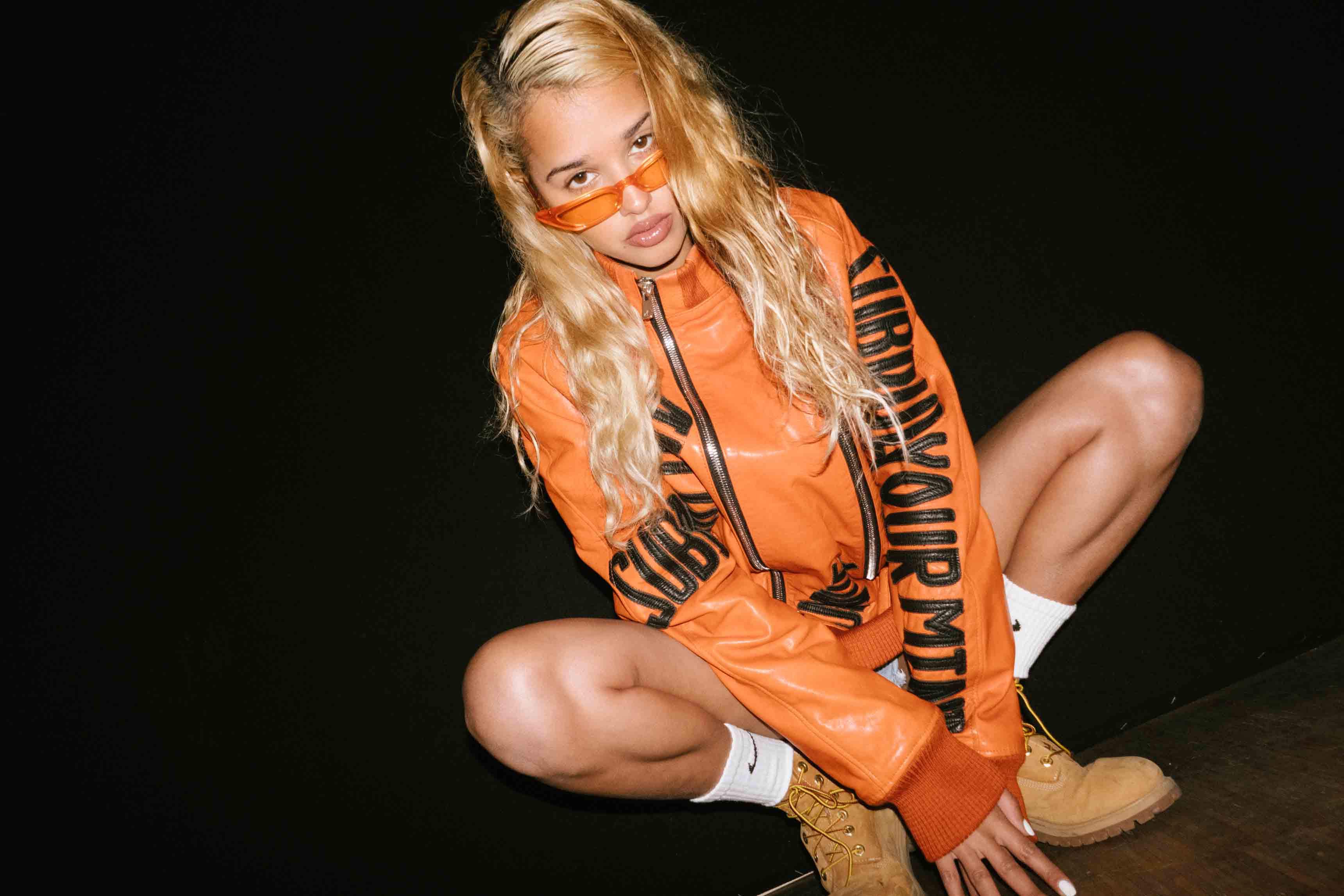 Naked, lying in a bath as though spattered with seminal fluid, Tommy Genesis adopts lascivious poses: her rounded buttocks emerge from the water, while her little angel face takes on, in counterpoint, an ingenuous air. In Tommy, her latest video, released at the end of 2017, the Vancouver-born rapper showcases the quintessence of the ambivalent character she’s created for herself: a Lolita (we don’t know how old she is) consciously playing with all the fantasies of a society that is sexualized to excess, from perverted innocence to adolescent lustfulness. Her passive-aggressive flow and her music are made to match: steamy and throbbing, she cooks up a latent tension that from time to time is relieved by a punk ejaculation (Genesis screaming at the end of the track).

‘Sex sells, especially when it’s done with such acuity and intelligence​.’

Since her first album, 2015’s World Vision, Genesis has become the “generation Y Madonna”: she was the face of the autumn-2016 Calvin Klein campaign, appeared next to M.I.A. in a film for Mercedes- Benz and in the front row of the Sies Marjan and Fenty x Puma runway shows. Sex sells, especially when it’s done with such acuity and intelligence – like, for example, becoming the voice of a rudderless youth culture that is delivered up to unbridled sexuality (the track They Cum They Come). One immediately thinks of Larry Clark’s film Kids or the more recent French production Bang Gang, Une Histoire d’Amour Moderne, by Eva Husson. Genesis also hits the G spot when she claims to construct her identity under (and above all thanks to) the gaze of others, by making herself into an object of desire, just like the rest of her generation whose imperious egos have been fed on Instagram and Snapchat.

‘The only person who shapes my identity is me.​’

A guest at last November’s Pitchfork festival in Paris, she explained to Numéro, “In my work, the question of identity and self affirmation is more important than sexuality.” Born to a mixed-race couple – her father’s family hails from India – she talks about her encounters with racism, and how she overcame the shame she felt and learnt to be proud of who she was. “When I film myself naked in the video for Tommy, the most important thing isn’t that I’m naked but that it’s me who’s filming myself. Do you know how many men have tried to do this video? To shape my sexuality to their vision? With Tommy, I directed myself, I chose my own team, I edited the film. The only person who shapes my identity is me. I’ve taken control.”

Spotted in 2015 by the label Awful Records – which proves, through its throbbing R’n’B-inflected rap, that Atlanta isn’t only the city of trap and gangsta rap – Genesis found her place among a rapidly growing music scene (from Father to Abra). But in 2017 she decided to throw out her second album (it was never released) and liberate herself. “World Vision 2 was a rap album and I didn’t identify with it anymore,” she confides. “I want every new track I do to fully incarnate who I am. I want to talk about love, romance, friendship, melancholy.” Logically, in the circumstances, she’s decided to call her second album Genesis – her real first name. Could this be the ultimate sacralization of the ego so as to arouse an even more ardent desire in her fans?