The Marseille-based artist, who has developed a body of work examining immigrant culture in he city, produced “Eh Mercé”, an exclusive series of photos, for this issue of Numéro art.

An original creation by Sara Sadik, Text by Martha Kirszenbaum 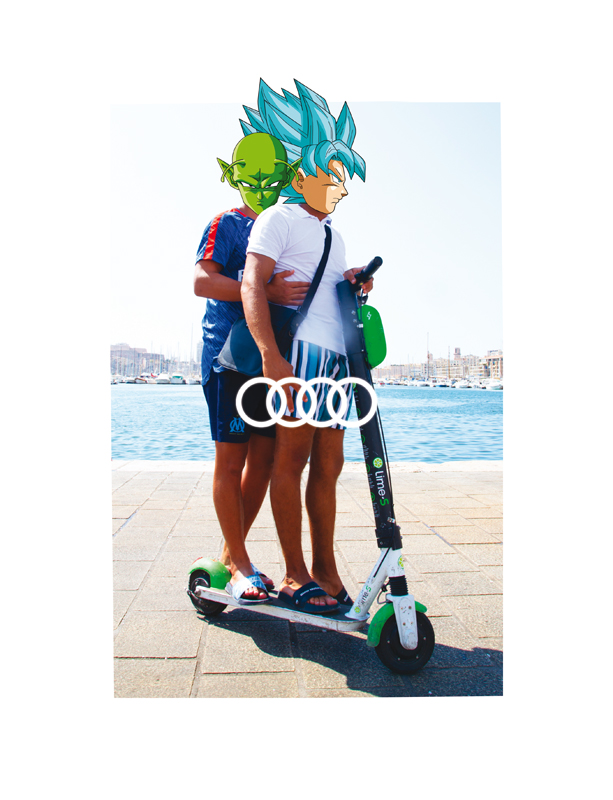 Her work is a savvy mix of video, musical performance, installation and photography. Sara Sadik (born 1994, lives and works in Marseille) draws inspiration from urban pop culture, questioning its representation through references linked to music and fashion as well as social networks and science fiction. She explores the aesthetic symbols of what she calls beurcore – the youth culture in working-class communities from the Maghrebi diaspora – which she documents in fictive stagings in which she often features. Slipping into the character of Melissa Lacoste, an R’n’B alter ego, she criss-crosses the stage in a tracksuit and heavy makeup; in a “reality-TV series” she plays multiple female characters from immigrant working-class backgrounds. She brings humour and a touch of irony to her examinations of beurcore references such as the rap group PNL (to which she explicitly refers in the titles of her installations Le Monde Chico or Que la famille), the low-cost clothing brand Kalenji, which she uses to dress the protagonists in her videos, the Olympique de Marseille logos she affixes to her photos, the Capri-Sun fruit-juice pouches she uses as an Instagram filter, etc. Her 2018 video Shour Beauty stars Hookheys, shisha smokers with long black hair who are fascinated by new drugs that allow them to join the elite Babtoos, a white community with smooth golden hair. In Allô le Bled, performed in this year’s Do Disturb festival at Paris’s Palais de Tokyo, she led an army of JUL fans (JUL is a Marseille rapper) in her role as his ideal woman, Tchikita. 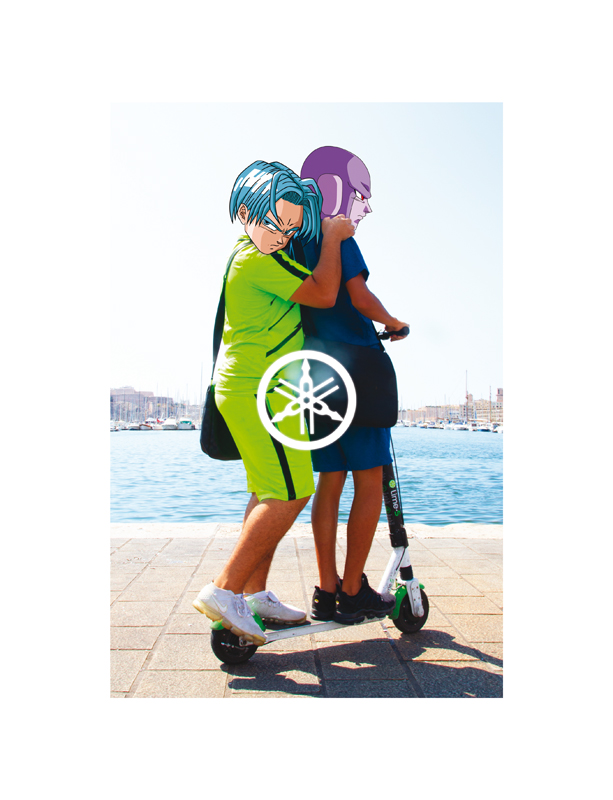 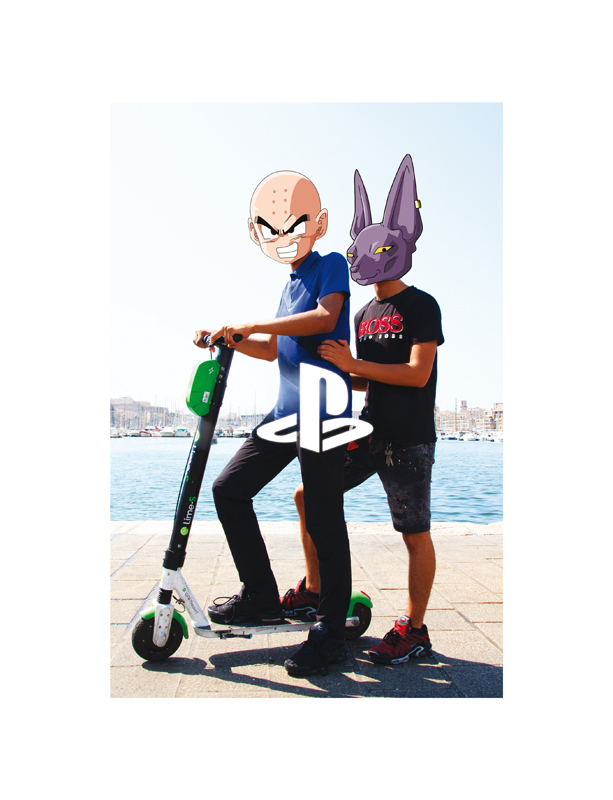 Sadik plays with social clichés, deconstructing them and reinjecting them into fictional hijacked narratives. Beyond urban Franco-Maghrebi stereotypes, it is the representation of masculinity that really fascinates her, a theme she enjoys twisting and dismantling. In some of her videos, she plays Maghrebi-origin men, questioning and challenging the image of the “young Arab from the ghetto”. Marseille appears not just as the everyday backdrop to her work but also as a vital, primary inspiration. In her latest video, Lacrizotiek, she films kids from the Busserine estate in the city’s notorious northern neighbourhoods: a news flash on her fictitious Blackwhite TV station reports the arrival of aliens among the concrete tower blocks. But the video shows a place that is usually written off as troubled in a joyful, humorous light, thrusting its young inhabitants, her co-authors, centre stage. Similarly, her photo series for Numéro art, Eh Mercé, depicts, in Marseille’s Old Port, pairs of young men on electric scooters, drawing attention to their normally taboo bromance and replacing their faces with Japanese manga characters, which is a common practice on social networks. 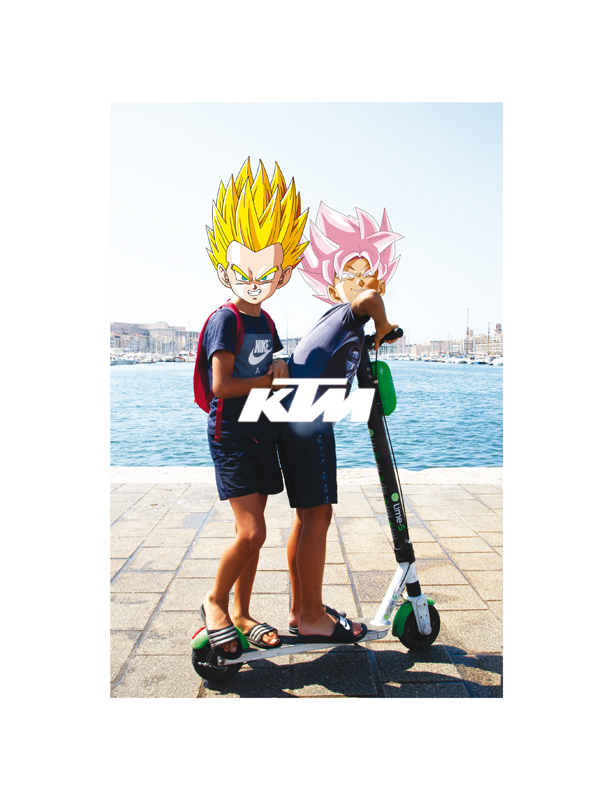 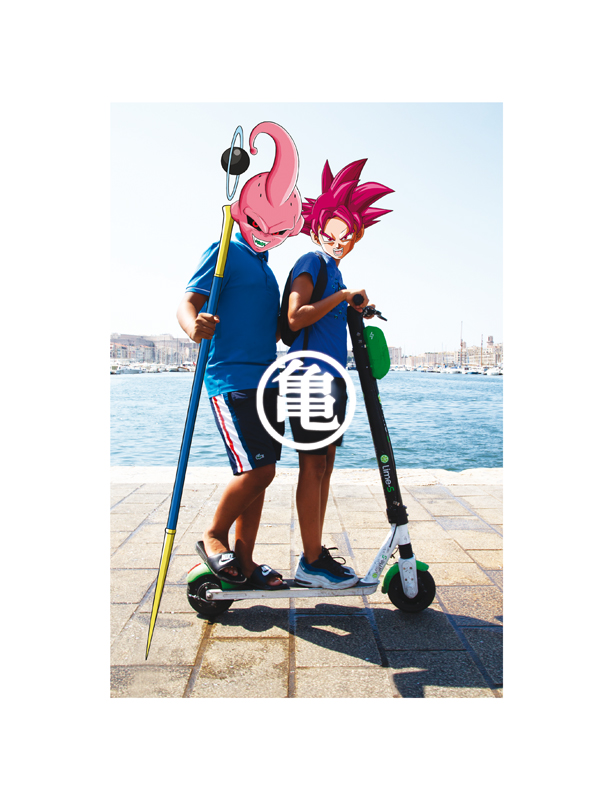 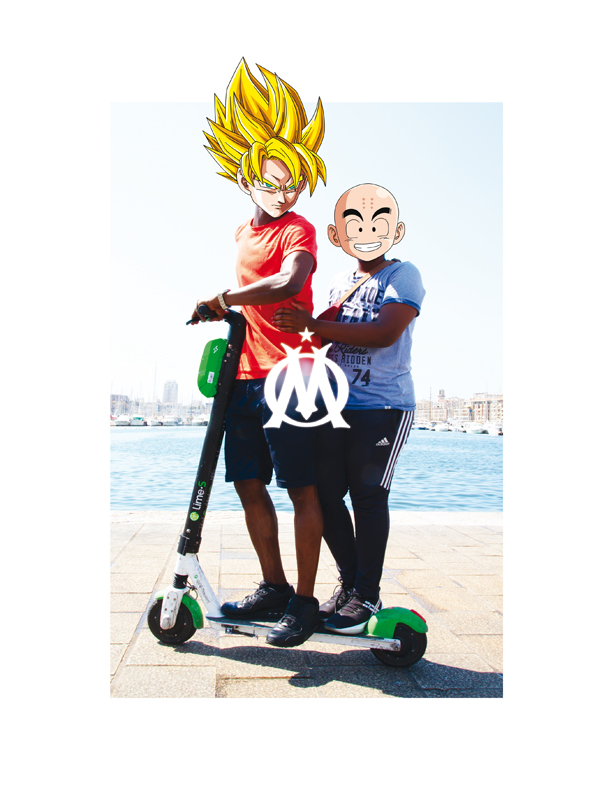 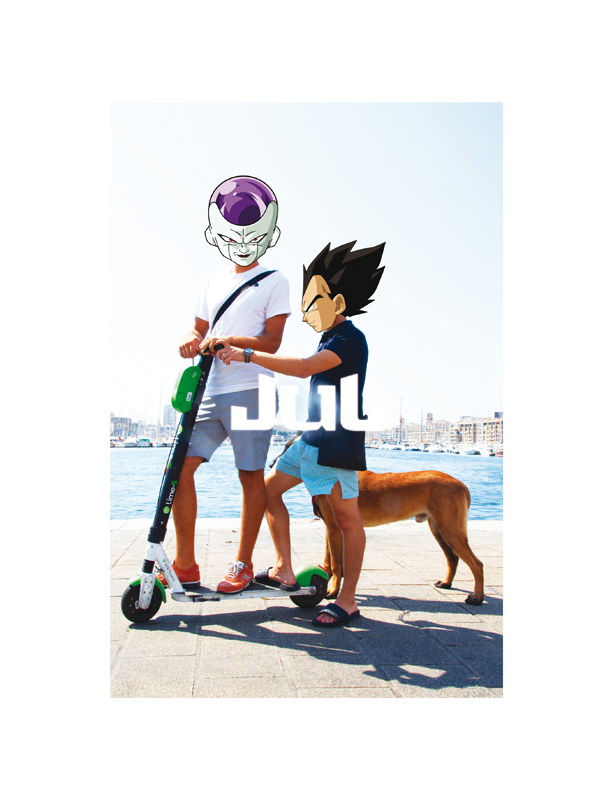