“My camera is a weapon.” Who is Latoya Ruby Frazier, american photographer ?

This autumn, Paris’s Fondation Louis Vuitton is showing over 200 masterpieces from the collections of new york’s MoMa. Among them are several powerful works by young american photographer Latoya Ruby Frazier. 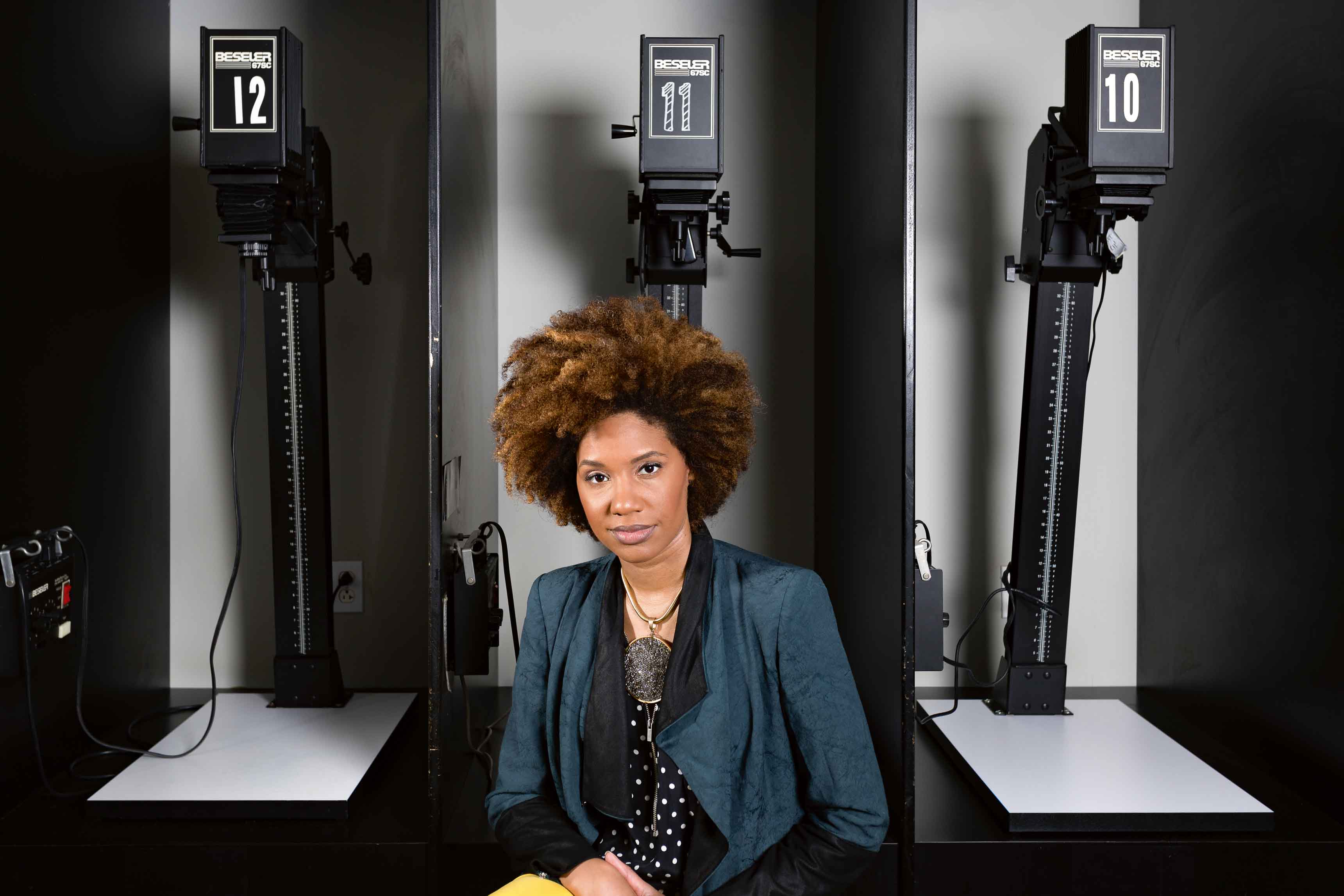 “My camera is a weapon” is how American artist Latoya Ruby Frazier describes her approach as a photographer/videographer. Tall, humble, with a determined air, she wants her existence to be meaningful. Armed with her analogue camera, she goes round the country meeting victims of industrial accidents, like those in Flint, Michigan, where she spent five months. While there she spoke with women suffering from ailments linked to water poisoning caused by industries that have little concern for the environment or the disastrous consequences of their policies. Frazier was born in Braddock, Pennsylvania, an industrial city in economic decline. After studying photography in New York, including at the prestigious Whitney Museum, LaToya returned to her favorite stomping grounds, but not as a conqueror, rather a witness to its dizzying decline. She uses the city where she grew up as a banner on which to portray a disillusioned America. She began with her own home, portraying her mother and grandparents, as well as herself. 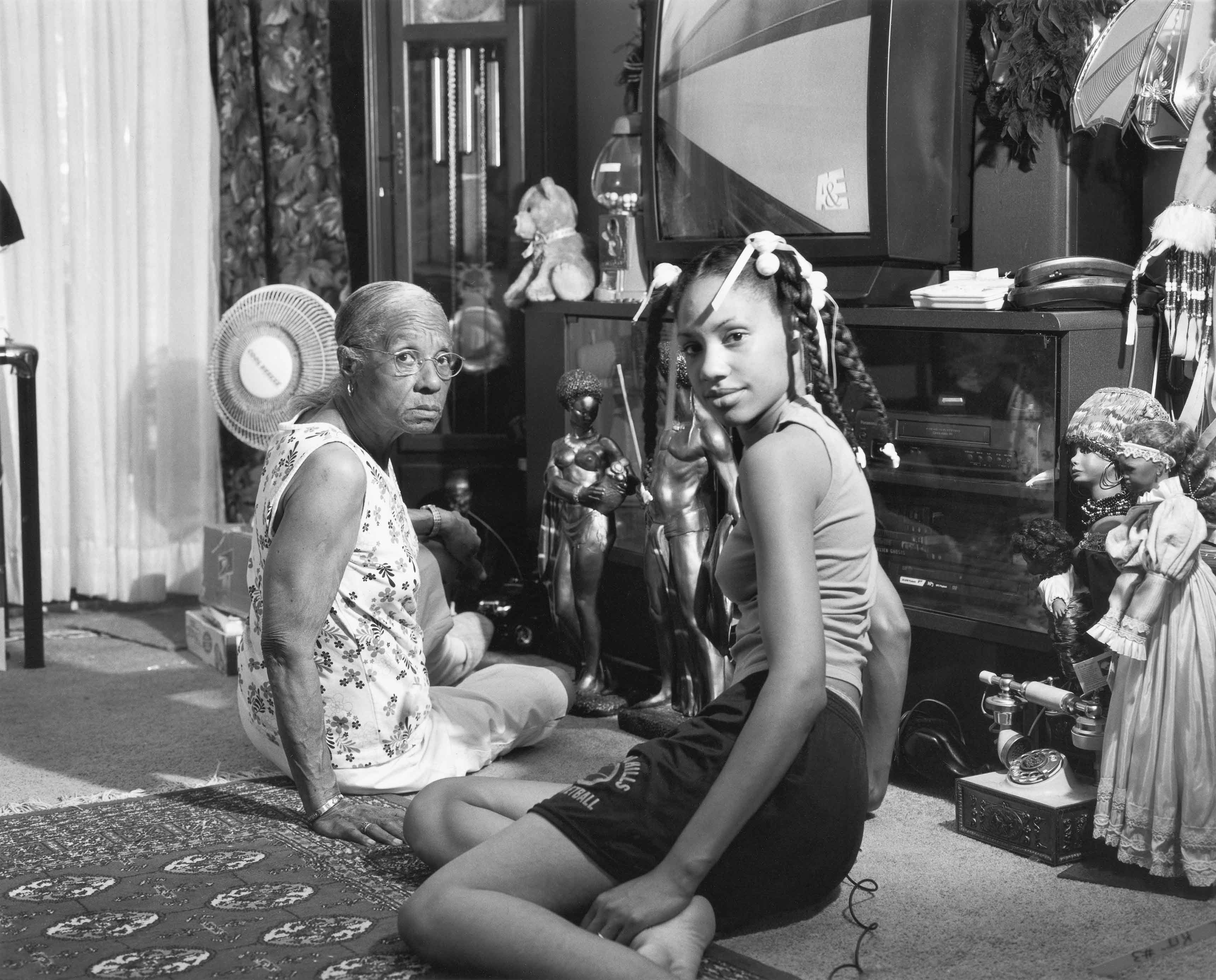 Her first book, The Notion of Family, is a testimonial to intergenerational transmission in an economic reality of poverty, disease and pollution. Its aesthetics evoke 1950s cinema: the staging is soigné, the lighting sober and efficient; there’s an air of waiting – or perhaps resignation. The artist carries on the fight with her camera, moving in exactly where her subjects seems to have given up. Except perhaps for the girls, who play up to the camera, and still seem to believe in the future. Although Frazier stages her shots, it’s reality that she portrays. Her bedrooms are a mise en abyme of abandon: a night table filled with photos in old-fashioned frames; a man sitting on a bed, totally lost in a trance that nothing can disturb, not even the pallor of his wife’s legs. The wife, who disappears behind her husband’s sadness, is none other than the artist’s mother. Where landscapes are concerned, Frazier photographs them like people: without complacency, with humanity, resurrecting their lost strength. The toxic chimneys of her childhood landscapes have left their toll on her family: her mother and grandmother have both fought cancers, and Frazier herself suffers from lupus. It’s against this that she’s gone to war. A recipient, in 2015, of a prestigious MacArthur Fellowship, she’s now a name to be reckoned with on the international scene. Her five photos at the Fondation Vuitton testify to the burning urgency of her work. 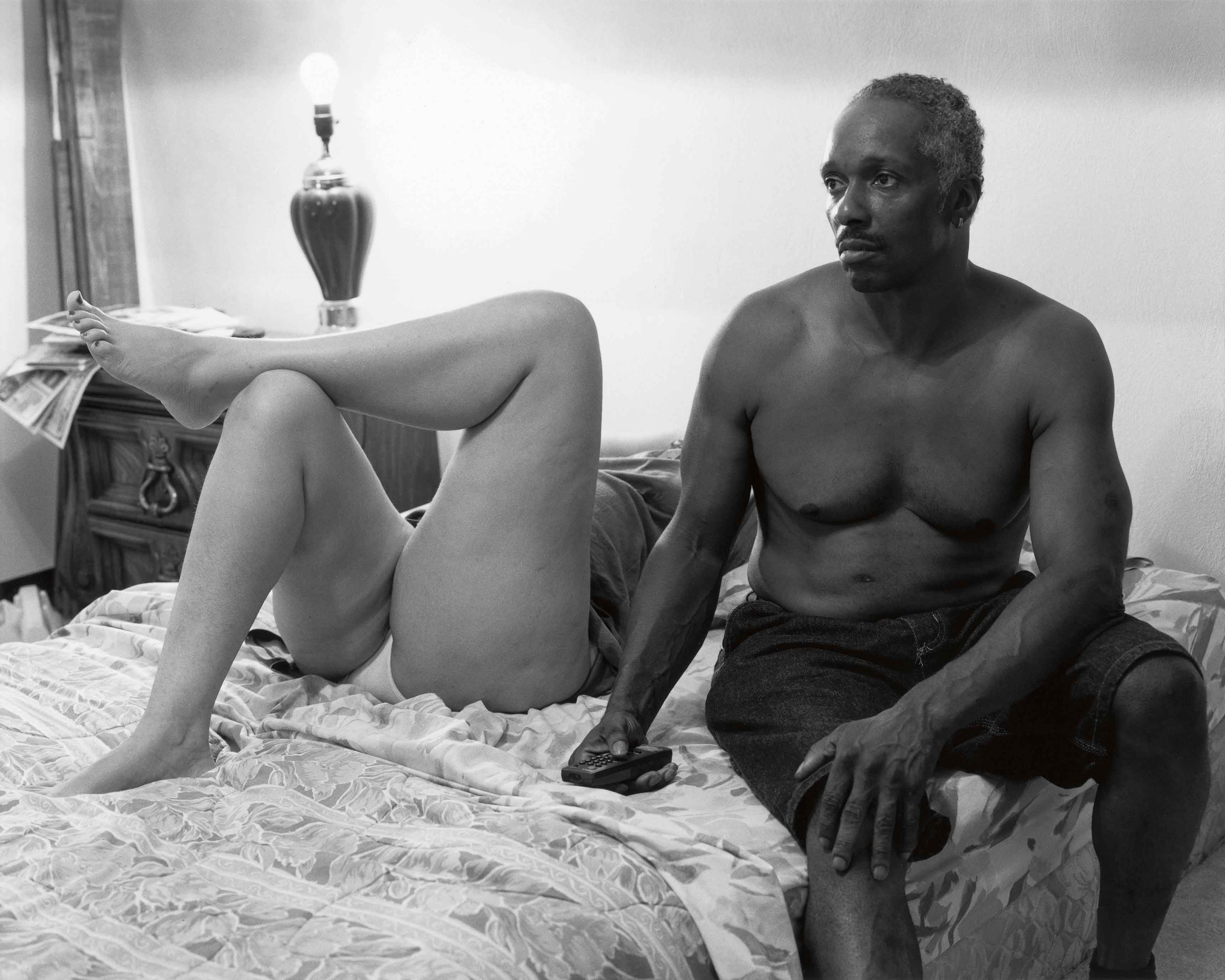 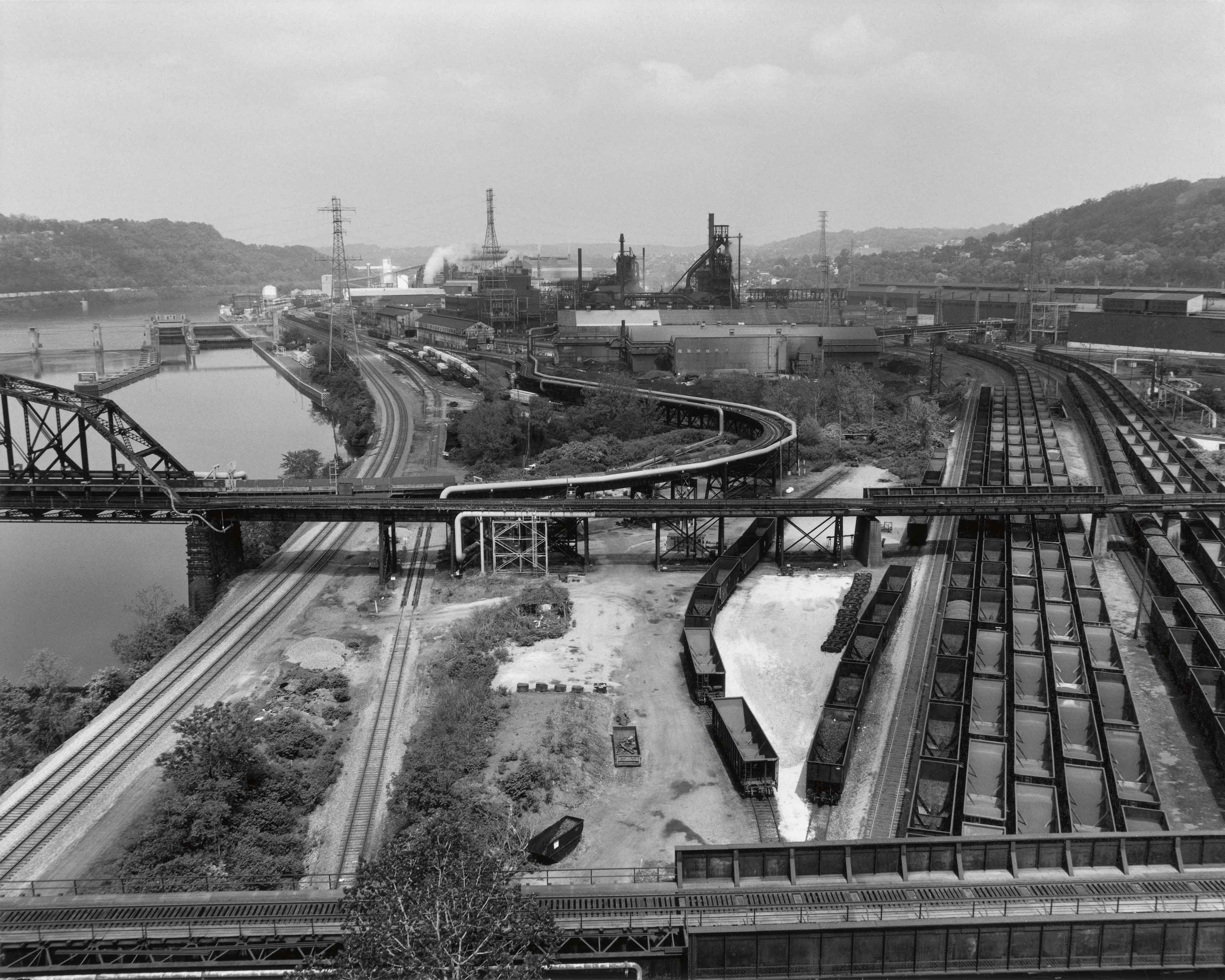 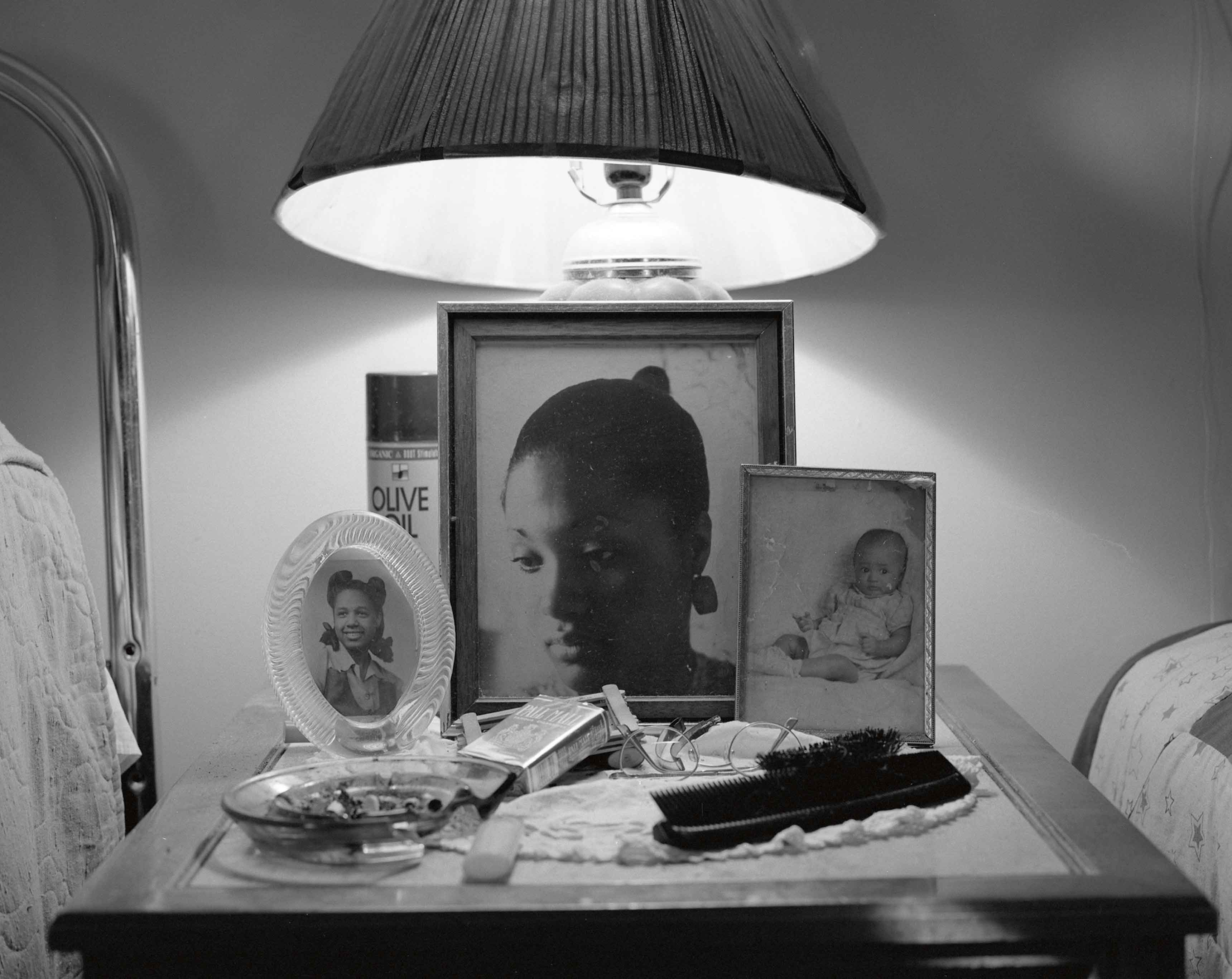