Artist of the month: T.J. Wilcox

In his videos, American artist T.J. Wilcox mixes historical fact and invented narratives, as well as archival footage and original shots. Numéro talked to him about his new show, a love letter to France and Paris entitled Carte de visite. 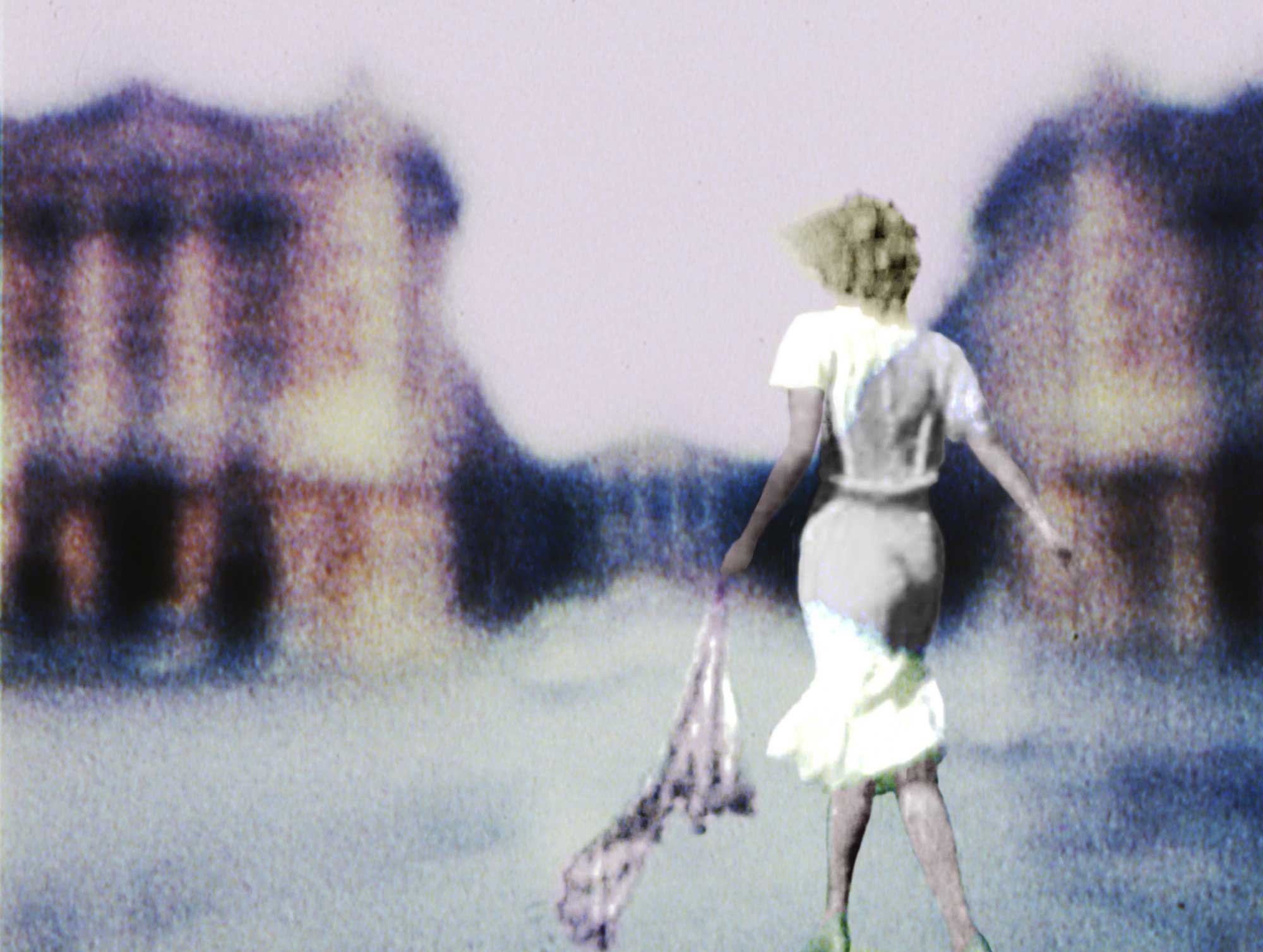 T.J. Wilcox, The Funeral of Marlene Dietrich (2017). Courtesy of the artist and VnH Gallery.

American artist T.J. Wilcox produces film collages in the form of installations that of ten depict, through the use of archival images, European history, but which also show more personal stories, as well as myths, cinema, music and 19thand 20th-century literature – especially French literature. Bizarrely, he had never yet put on a solo show in France, but Parisian gallery VnH has now put that to rights with a mini retrospective of his work relating to Paris and France. Among the pieces on display are The Jerry Hall Story (2007), which recounts the tale of a young girl who, after receiving $600 in insurance money following a car accident, uses it to buy a plane ticket Artist of the month T.J. WILCOX In his videos, American artist T.J. Wilcox mixes historical fact and invented narratives, as well as archival footage and original shots. Numéro talked to him about his new show, a love letter to France and Paris entitled Carte de visite. Interview by Nicolas Trembley to France where she meets Salvador Dalí, Simone de Beauvoir and Grace Jones in Paris’s nightspots, a journey that changes her life. “I’ve been studying France, its history, its literature and its popular culture for years, and I’ve been making films about all that for over two decades,” explains Wilcox. Also in the show are references to Marlene Dietrich, the church of the Madeleine, MarieAntoinette, the Place Vendôme, the Comtesse de Castiglione, Chopin and many others in installations that mix film, prints, sound and video. Wilcox has given his exhibition the title Carte de visite – “A very long and annotated visiting card, which I should have left years ago.”

NUMÉRO: Where did you grow up?

T.J. WILCOX: I was born in Seattle, Washington, before it became synonymous with computers and espresso. The spirit of the 1960s and 70s West Coast counterculture was strong in the Seattle of my childhood. An element of that world which was of particular interest to me was the many small independent cinemas that thrived in Seattle then. It was often said in those days that more people saw more movies annually in Seattle than in any other American city – probably owing to the gloomy weather – and I feel like I spent half my youth in darkened theatres, and the rest following the nascent post-punk music scene that would later become world famous, getting around town on a beloved vintage Vespa scooter.

Do you remember your first encounter with art?

What made you want to be an artist? My mother was an art teacher who worked for the parks department. In the summers, she would drive around town in an old repurposed bakery delivery truck, still painted white with multicolored polka dots on its sides, like a package of Wonder Bread. Inside the cargo area of the truck, shelves that once held loaves of bread and Twinkies were now repurposed to carry art supplies. I loved that she had the right to drive across the grass in any public park to reach its picnic area where she and I would set up shop. We would cover the tables in art supplies and invite the local children to come make a mess. It was good fun. Art making was always something that was taken seriously in my family, and happily no one questioned my decision to study art.

“For a young person from the West Coast, where great works of classic art were in short supply, my experience at Wildenstein was a crash course in art history”

Where did you study?

When I was 20, after I’d gone to France to study for a year, I moved to New York to attend the School of Visual Arts. This was in the mid-80s, and the New York art world was in a very active period. When I graduated from SVA, I needed a job. In the newspaper I saw an odd employment advertisement. It read, “If you are interested in working for an art gallery and speak French, please send a handwritten note to the following address.” It turned out the advertisement had been placed by Wildenstein Co., and in the custom of traditional French firms, its management put great faith in handwriting analysis. Unbeknownst to me, I had the job before I arrived for the interview on the strength of my penmanship. For a young person from the West Coast, where great works of classic art were in short supply, my experience at Wildenstein was a crash course in art history. The first day I worked there I was asked to carry a painting, which had been removed from its frame to be photographed, into a vault for safekeeping. I was half way to the storage space before I realized I was carrying a lute player by Caravaggio.

Did you feel associated with a community or a movement?

In the evening I shared a studio space with my best friend from SVA, Elizabeth Peyton, but was struggling with the desire to devote more time to my own art practice. After two years working at the gallery, I enrolled in the graduate fine-art programme at Art Center College of Design in Pasadena California. That was in the early 1990s. I was, and remain, a huge admirer of the work of Mike Kelley, who was part of the graduate faculty at that time. In fact it was primarily in the hope of working with Mike, Stephen Prina, Sylvere Lotringer and many other brilliant artists and writers who were involved with the school that I moved to Los Angeles. 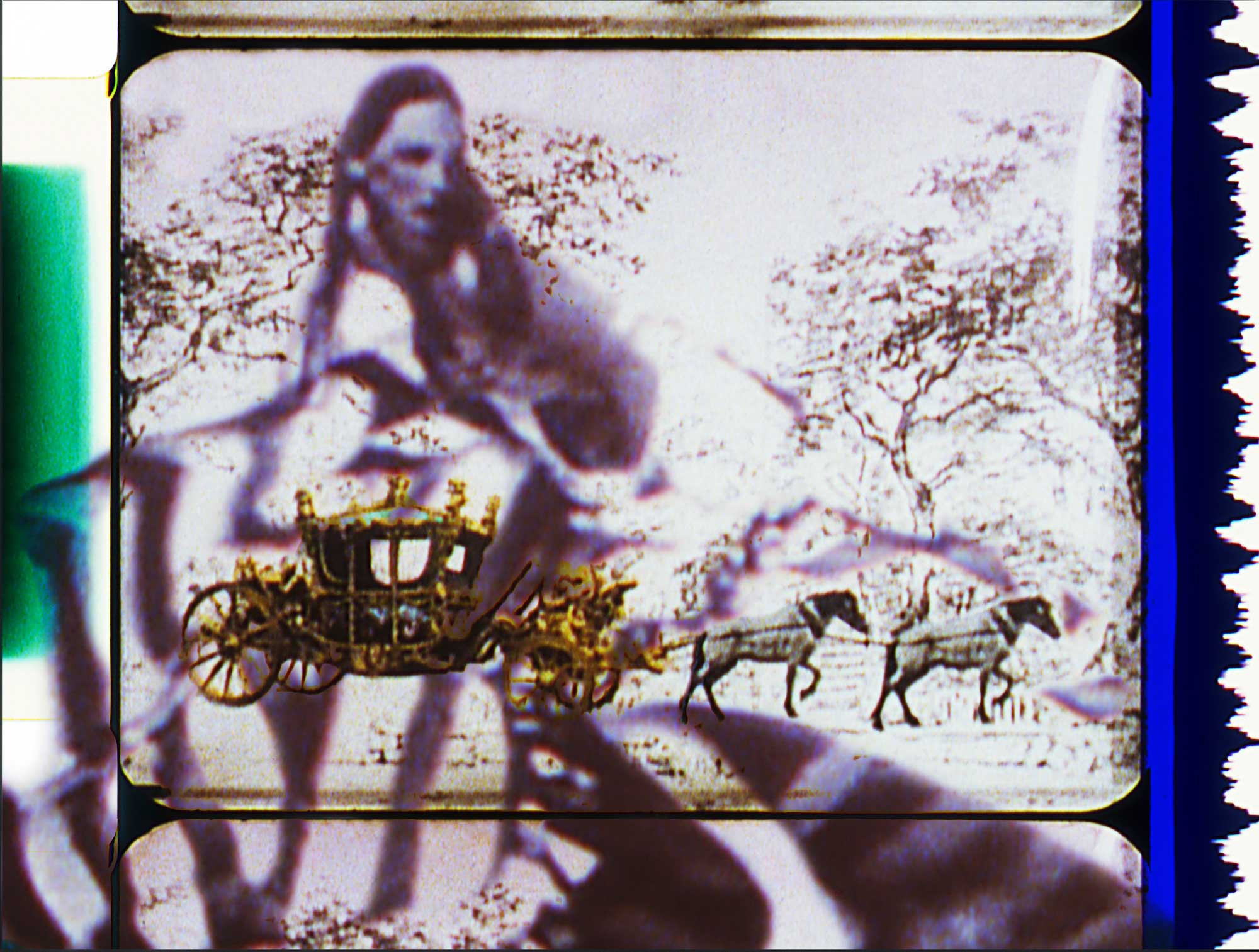 Do you consider yourself a filmmaker?

Once I was in L.A., the city of motion pictures, I began to experiment with film-making as an art medium. I’m primarily known as an artist who makes films and video, and of course this is natural as that is the form my work generally takes when presented publically. Nevertheless, for me one of the primary reasons film has continued to hold my interest is that the production of moving-image work involves so many different art-making forms. A single film of mine often bears the traces of my writing, object-making, set-making, collage, drawing, painting and every conceivable crafty medium. In fact, for me, “film” is an organizing system that allows the possibility of indulging my interest in a wide array of art-making mediums and methods. It’s also a medium that seems particularly relevant to contemporary life. As screens and moving images become an omnipresent feature of our quotidian environments, I continue to find it interesting to try to challenge the potential of this enormously malleable medium, stretching it to accommodate purposes that are beyond its customary reach.

Your show at VnH is dedicated to France.

I’ve been considering France, French history, literature and pop culture for decades and making films about these subjects for over 20 years, yet I never had a solo exhibition in France. I happily accepted VnH Gallery’s invitation to propose an exhibition to introduce myself to a place I’ve loved and thought about for a long time from afar. My films have considered locations, such as the stage-like theatre-in-the-round that is the Place Vendôme. For me, this square, with its many layers of stories and ghosts, operates like a physical collage of history and storytelling, its atmosphere dense with drama. I’ve tried to make a film that considers this unusual accumulation as its subject. The films also reimagine historical subjects, like MarieAntoinette or the famous 19th centur y cour tesan La Présidente, attempting to shift their life stories away from the emphasis history’s consensus makers have used to distill these complicated existences into narratives that justify the status quo. 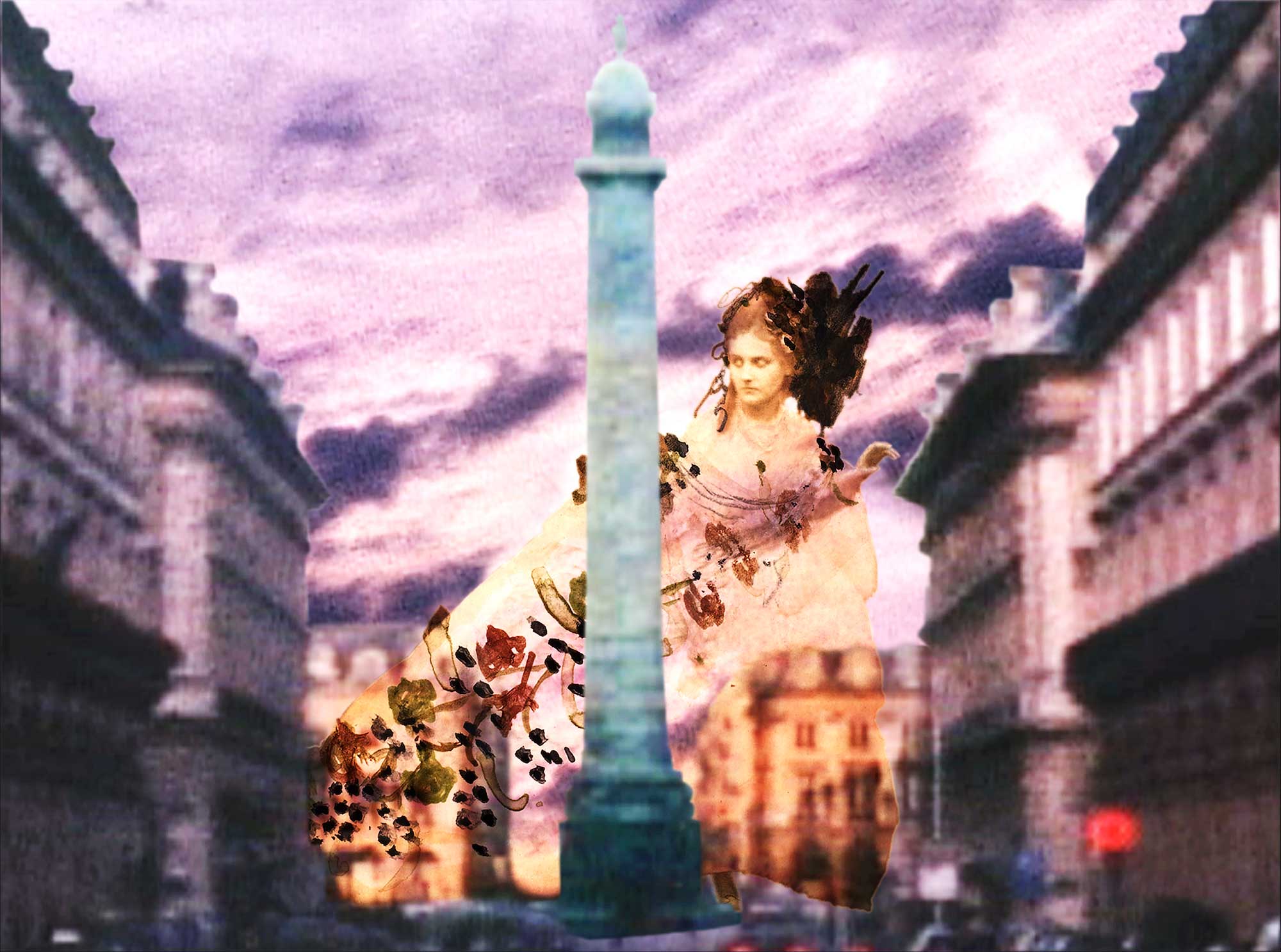 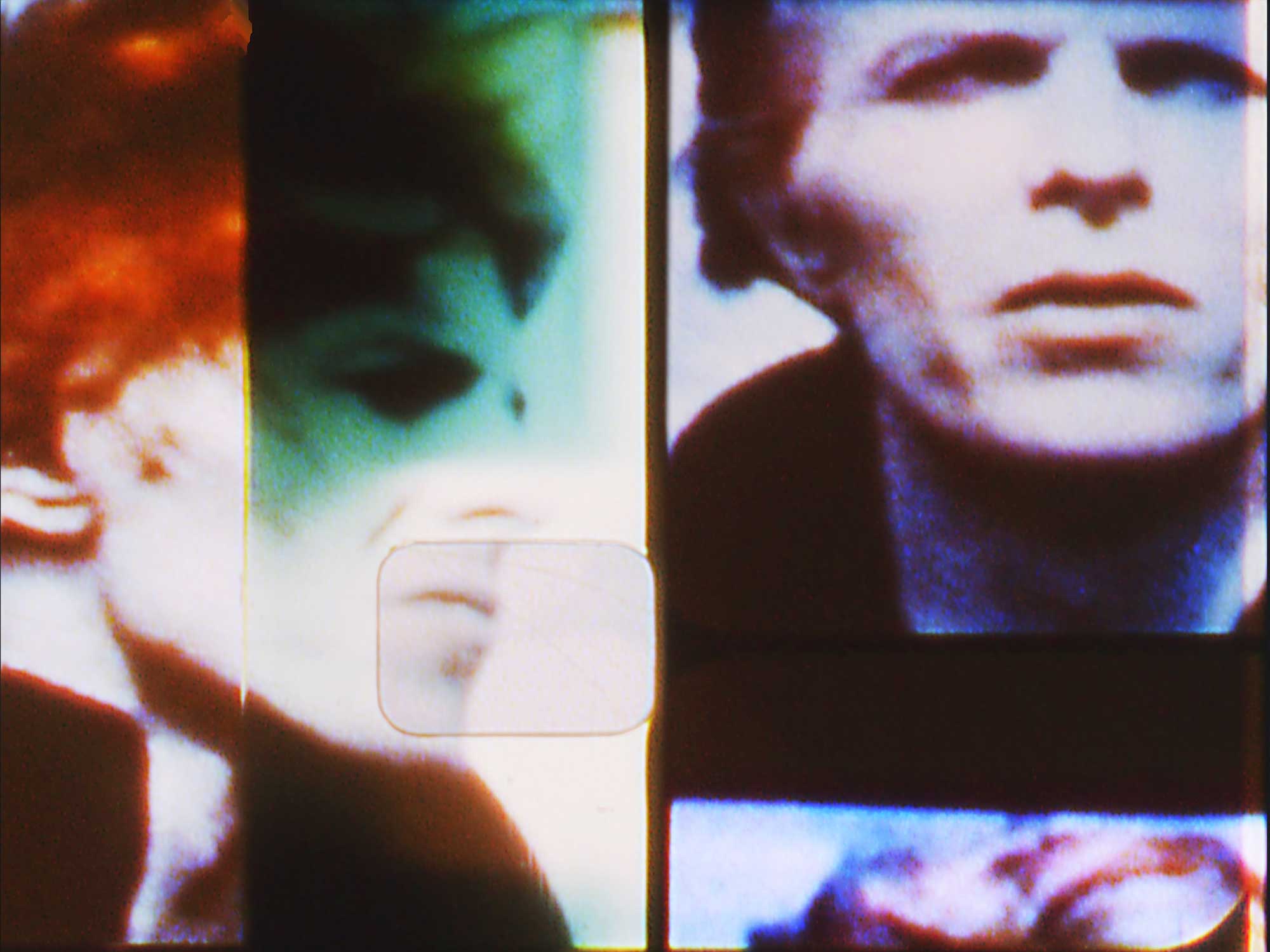