50 years ago, the artist Valie Export ripped her trousers

On April 22nd 1969, with her pubis showing and sub-machine gun in hand, the Austrian artist VALIE EXPORT, then aged 29, performed her historic Aktionhose: Genitalpanik. We look back at this work as it celebrates its 50th anniversary. 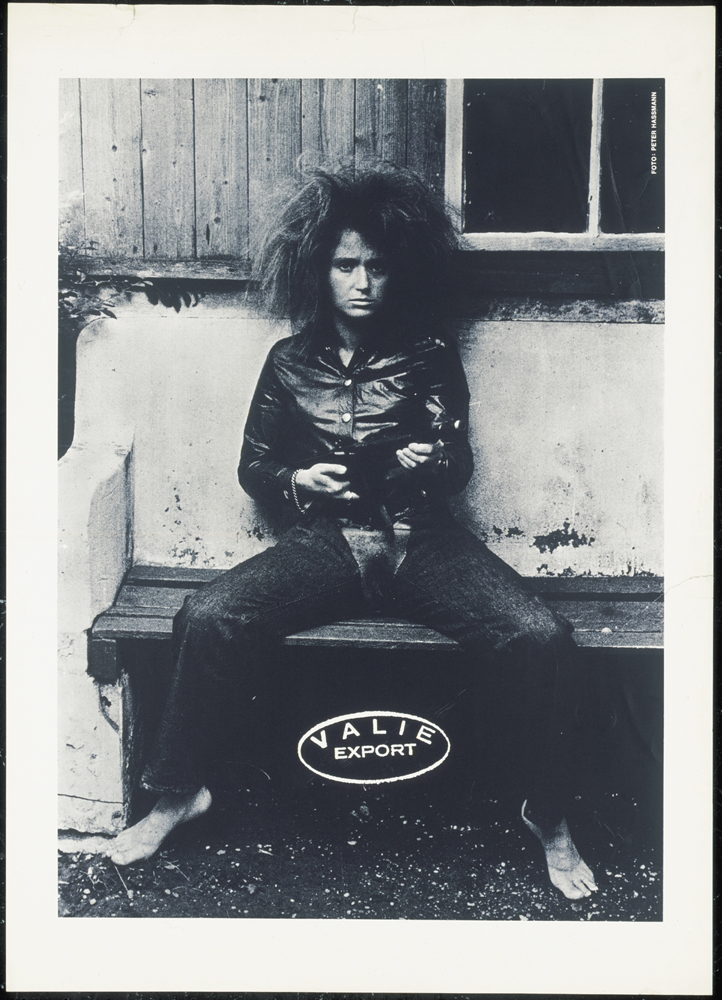 A woman with dishevelled hair sits alone on a bench, legs spread. The crotch of her jeans has been cut away and a gaping hole reveals her genitalia, exhibited coldly and the only unusual detail in an otherwise fairly ordinary outfit covering the rest of her body. As the polar opposite of feminine injunctions, of the codes that call for a clean beauty or the absurd requirements for an inane perfection, this woman opens her legs to inspire fear. Looking witchy and repulsive, she deliberately provokes the spectator and it’s as if nothing could be as indecent, as obscene or as dirty as this pose, in tune with the earthy floor she strokes with her toes or the dilapidated wall she leans against. This risqué pose, Thompson sub-machine gun in hand, an irreverent look in her eyes, nevertheless mimics one of the most codified images in our society: that of a strong, virile and brutal man. 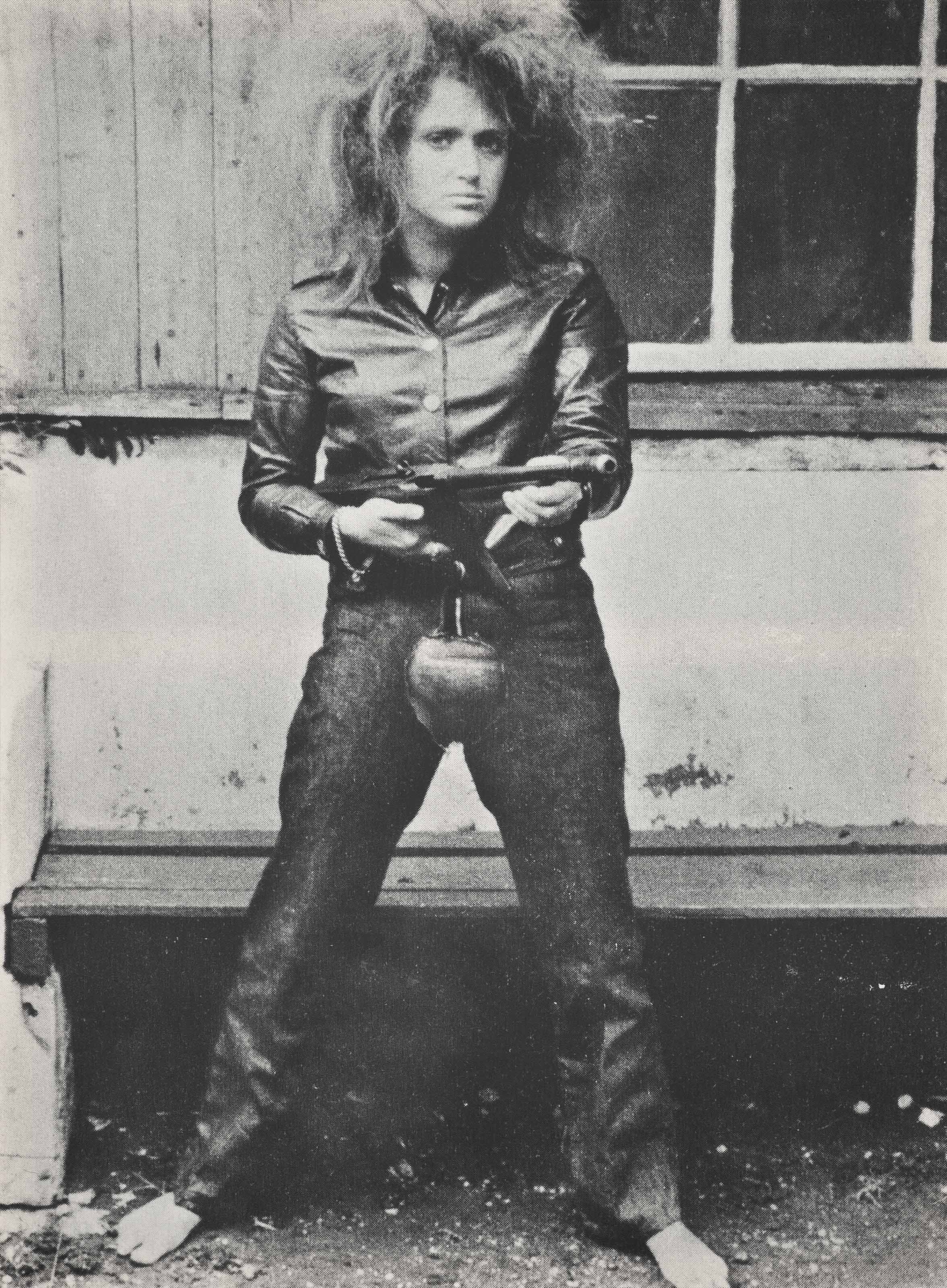 Both subversive and rebellious, this image was just a taster of the work Aktionhose: Genitalpanik. On April 22nd 1969, the artist known by the name of VALIE EXPORT walked into a cinema in Munich. Armed. The film being shown? A porno. The height of provocation, she was wearing the famous trousers cut out at the crotch, defying the audience in the room. Rumours run riot on the subject of this photograph, claiming that a decisive moment for the Viennese Actionism movement was immortalised by this shot, taken on April 22nd 1969. Myth or reality? Art historians tend to agree that the photograph wouldn't have been taken on the day of that interruption in a Munich cinema. According to them, the artistic action unfolded in four phases. It was indeed in 1968 that VALIE EXPORT first made the scandalous trousers before devoting herself, a year later, to the two famous performances (there was a Genitalpanik 1 and a Genitalpanik 2). This performance was actually part of the Expanded Cinema project (done in collaboration with Peter Weibel) which sought to question the role of the movie goer. According to historians, it was actually later that same year, and in Vienna (not in Munich like the Genitalpanik performance), that the shots would have been taken, printed and displayed. 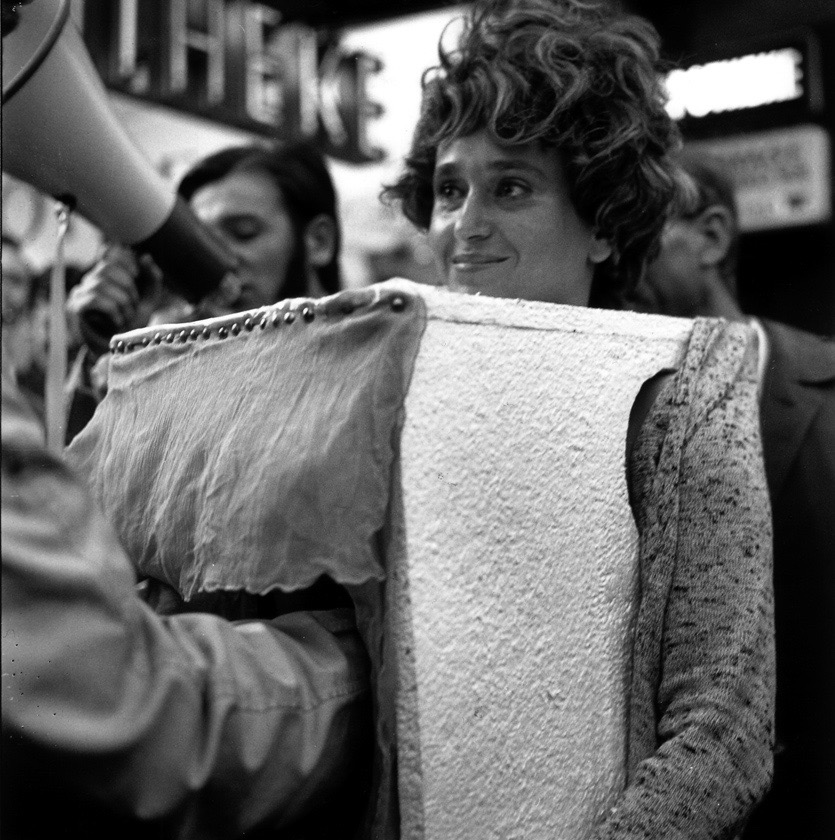 This was not VALIE EXPORT’s first rowdy performance. Born Walraud Lehner on May 17th 1940 in Austria, the multi-disciplinary artist was a figurehead of Viennese Actionism – an artistic movement that used the body in a very violent and spectacular way as the main object of the artwork (and no longer as a subject). Quickly she distanced herself from the group, refusing to conform to the self-mutilation and subsequently giving her work a profoundly feminist dimension. In 1967 she abandoned her birthname, which according to her was glaring proof of the alienation of women in a patriarchal society and renamed herself VALIE EXPORT after a brand of cigarettes. Her works were intended to shock and to provoke reflection: in 1968, she put the artist Peter Weibel on a leash and walked him like a dog, and, during theTapp und Tast Kino performance, she invited passers-by on a Viennese street to feel her breasts through a cardboard box: a way of using her female body - so often reduced in 1950s France, to the status of a passive and fetishized object in cinema and on television - as a weapon.