A masterful psychopath in the “Sherlock” series in 2011, Andrew Scott has won over the hearts of many fans and has become a real star on the Internet. At the beginning of 2019, he was a priest in “Fleabag” and a taxi driver exceeded by Smartphones in “Black Mirror”. He will soon appear in Sam Mendes’ war film “1917” alongside Colin Firth, Mark Strong and Benedict Cumberbatch. 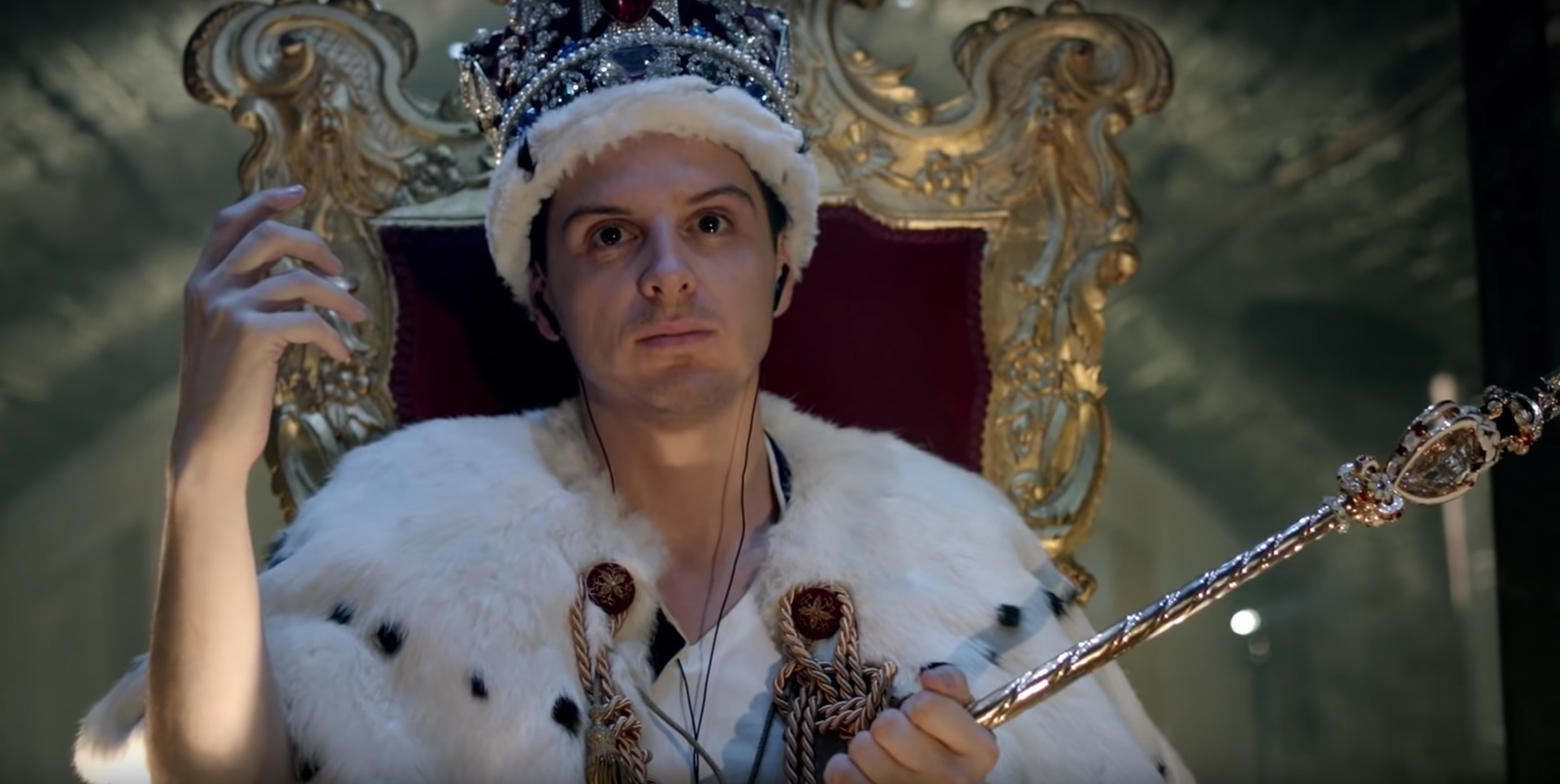 Andrew Scott in “The Reichenbach Fall”, season 2, episode 3 from the TV show “Sherlock”.

Andrew Scott’s power lies in his most captivating acting range. At 42, the actor tends to ignore big productions but has nevertheless seduced the Internet, from fans of the Sherlock series to those of Fleabag: he is, in turns, moving and terrifying. At the end of 2019, he will appear in the movie1917, directed by Sam Mendes, who won an Academy Award in 2000 for American Beauty. Andrew Scott will play opposite Benedict Cumberbatch, his sworn enemy in the BBC’s acclaimed series on Britain’s most famous private detective, as well as Colin Firth and Mark Strong.

Born in Dublin, Ireland, in 1976, Andrew Scott attended a private school for boys. At a very young age, he tried his hand at the theatre and landed his first role in a feature film at 17 (Korea by Cathal Black, in 1995). He then studied drama at Trinity College Dublin for six months before joining the Abbey Theatre troupe. Andrew Scott excelled on stage and received many awards: he joined the very respected theatre actors in the United Kingdom. In 2017, his performance as Hamlet in London was critically acclaimed.

For a long time, Andrew Scott played a series of small roles on screen, including an anonymous soldier on the beach of Saving Private Ryan. In 2010, his performance as Jim Moriarty in the BBC’s Sherlock series revealed him to a much larger public. A riveting psychopath, sometimes cold and terrifying, sometimes hysterical, Sherlock Holmes’ sworn enemy was motivated only by boredom and his fascination for the consulting detective. Andrew Scott seduced the creators of the series - Steven Moffat and Mark Gatiss - because he was capable of being “genuinely properly frightening. Someone who’s an absolute psycho.” He moved away from the traditionally posh and boring image of Sherlock Holmes’ opponent. The actor bewitched fans and won a BAFTA for Best Supporting Actor in 2012 for the second season of the beloved series.

But Andrew Scott did not want to be confined to Machiavellian characters. That's why he quickly joined a new project: the mini-series The Town (2012), which follows an architect who returns to his hometown. Later, he was the best man organizing a bachelor party in the Irish comedy The Stag (2013). His career is also marked by his commitment to the LGBTQ+ cause. Andrew Scott came out in an interview in 2013 and, the following year, he played Gethin Roberts in Pride, the real-life owner of the bookstore in which the members of LGSM (Lesbians and Gays Support the Miners, who raised funds to support miner strikers during the Thatcher government) gathered in 1984. More recently, in 2017, he played a closeted English teacher in the film Handsome Devil, a coming-of-age story of two young homosexual boys in an Irish all boys school.

However, he was once again tempted by the roles of villains in Victor Frankenstein (2015) or Alice Through the Looking Glass (2016). He also played a malicious character in the James Bond movie Spectre (2015), which marked his second collaboration with Sam Mendes. The British film and stage director first directed him on Broadway in 2006 in The Vertical Hour, a play by David Hare. Andrew Scott played Bill Nighy’s son and Julianne Moore’s boyfriend.

In 2019, he seems to seduce once again the whole Internet. In the second season of Fleabag, Phoebe Waller-Bridge’s irreverent series, he plays “the priest”. Drinking, smoking cigarettes and questioning his faith… renamed "Hot Priest" by, apparently, everyone, he won over the hearts of spectators. A few weeks later, he was the main character in an episode of Black Mirror’s fifth season. In this anthology series, he plays a taxi driver, exasperated by the world’s addiction to phones and applications. Once again, his uncanny ability to play mad men, while still being very charismatic, was put to good use.