Over a year after the release of “Lust For Life”, Lana Del Rey is back with “Mariners Apartment Complex”, a searing guitar ballad accompanied by a vintage-look black and white video directed by her sister. 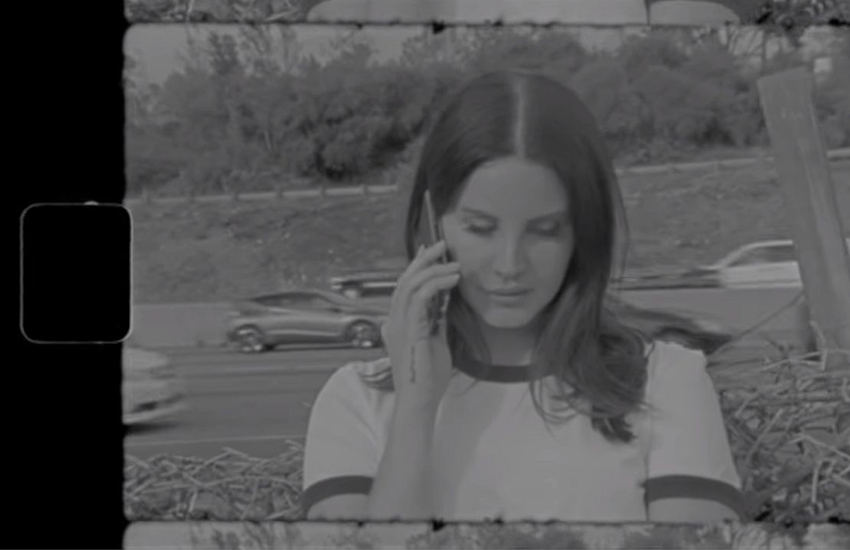 It’s far from the Hollywood hills and without her friend/collaborator The Weeknd, that retro American icon Lana Del Rey is making her comeback. Mariners Apartment Complex is a searing guitar ballad produced by Jack Antonoff – the man behind St. Vincent’s intoxicating Masseduction and Lourde’s ecstatic Melodrama – reminiscent of her last opus Ultraviolence. A black and white video accompanies the track, made by Chuck Grant, little sister of the diva with the ultimate pout. In the same vein as the videos of her last oeuvre, the muse struts though urban landscapes enhanced by a retro filter and intercut with images of rough seas and waves crashing against the rocks. Smilingly, she dominates the camera, sometimes on the phone, sometimes enthralled by butterflies fluttering over her body.

Rumours suggested the track drew direct inspiration from the fallout after her interview with the English newspaper The Guardian in 2104 – an article titled “Lana Del Rey: ‘I wish I was dead already’”. But it turns out to be the singer’s simple memories of a first love.

Announced on her Instagram account, Mariners Apartment Complex is the first of a short series of promotional singles – the second, Venice Bitch is expected for September 18th. A new album is clearly on the horizon, but it’s unlikely to see the light of day before 2019 according to Miss Del Rey, who is currently busy working on a book of poetry, like her British counterpart Florence Welch of Florence & the Machine. More recently, the songstress lent her voice to the sweet, catchy Woman, a tune by Cat Power, whose album Wanderer will be released on October 5th. She is also contributing to the original soundtrack for Eugene Jareck’s documentary about Elvis Presely – The King – with a tune simply titled Elvis, which was originally part of a trio of songs she released under a former name, Sparkle Jump Rope Queen in 2008.