“Better to die for a noble cause than to live and die a slave.” Neneh Cherry

A performer sans frontières, Neneh Cherry has just released her new album, Broken Politics, after four years away from the recording studio. A magisterial disc, it updates her trip-hop groove for today’s troubled times. With her customary elegance, Cherry shares her emotion with respect to the world’s many injustices, lending her voice to those who are without one. 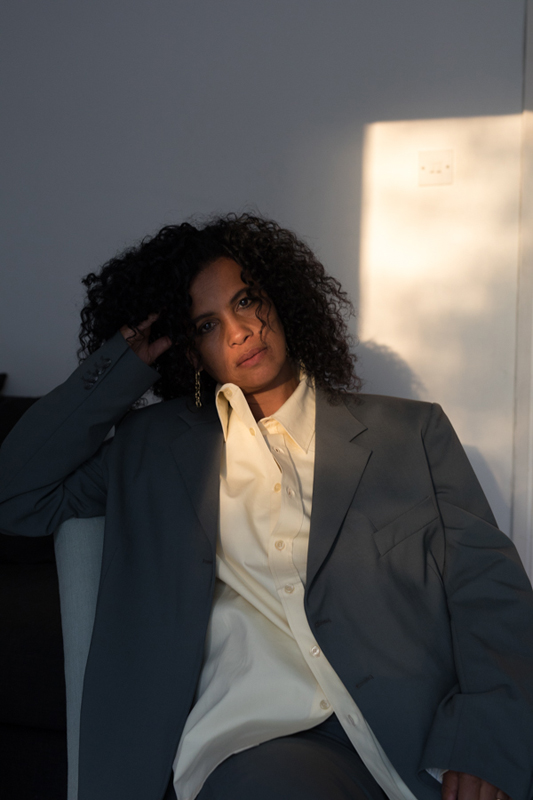 The sublime performer, who first achieved fame 24 years ago with the hits Woman and 7 Seconds alongside Youssou N’Dour, is back after four years’ absence. And her new album, Broken Politics, is magisterial. Supported, as always, by her husband Cameron McVey, as well as by British producer Four Tet (as was the case on her last album), the London-based Swede has produced a new, contemporary take on her trip-hop years in the path blazed by Massive Attack. Moreover 3D, a member of the mythic Bristol-based group, co-signed the album’s first single, Kong. As for Four Tet, he brings his unique mix of electronica, languidness and controlled violence, which perfectly complements Neneh Cherry’s fiery elegance. But above all this an album by a politically conscious and engaged woman, who samples the words of the 1960s Afro-American group The Last Poets on her track Poem Daddy: “Blessed are those who struggle/ Oppression is worse than the grave/ Better to die for a noble cause/ Than to live and die a slave.”

Numéro: On this new album, which is very politically engaged, you make reference among other things to the migrant crisis. And you were also present at the “jungle” in Calais…

Neneh Cherry: I spent several days there with my best friend preparing meals for the refugees. For three whole days I peeled carrots. The kitchen where we were working fed 1,800 people... On our last day, we accompanied the team who distributed the meals in the jungle. You can imagine how intense it was. Terrible... But far worse for the people living there. It was the middle of winter, it was freezing cold, and the refugees were in their flimsy shelters desperately trying to keep warm. Bits of blue plastic, wooden cabins. A man was standing in his doorway. He came over and said, “Would you like to come in for a cup of tea?” Humanity is extraordinary!

Does your new album reflect a more active political engagement on your part?
I’m not an activist. All I do is get involved with causes that cross my path. In June 2017 Grenfell Tower burnt down in the London borough of Kensington. Seventy-one people died. It was a tragedy that touched my community, and so like many in my community I volunteered to help the victims. To the extent that my conscience and my voice can change things, I’ll get involved.

“I take the context of the world so as to reinterpret it through the filter of my emotions.”

Broken Politics is also a very intimate album on which your own anxieties provide an echo to the troubled state of the world.
I was going through quite a difficult patch when I started working on the album. Up till then my whole life had been centred on my family and my children. And then they grew up and left home and I felt… disorientated. It’s a feeling that’s hardly new among women over 50, but nonetheless it’s difficult just to move on to something else at the drop of a hat. But even when everything collapses, you can turn towards others. That’s the message I wanted to share with Broken Politics. The whole time I was working on it I was confused, just as the world is confused, but I tried to imagine what other people might feel, such as a migrant, on the track Kong. What it means for them to feel human. When the subject of the song is a Syrian or an African who left their country in the hope of finding a better life, I can only express their feelings by looking into my own experiences. I take the context of the world so as the reinterpret it through the filter of my emotions.

“People need an escape route, so they turn to a form of fascism that’s become cool again.”

As a British resident, you’re not going to be spared a question about Brexit...
I’m so saturated with the whole thing that I can’t listen to a single debate anymore. We’re being had. It all started with David Cameron and Boris Johnson for purely political reasons. And today none of the leading Brexiteers has an answer. Peoples are dividing, countries are dividing. Of course it’s a reaction to everything that’s been going on for years, the migrant crisis, etc. People need an escape route, so they turn to a form of fascism that’s become cool again. I’m totally horrified. Back where I grew up, in Sweden, there have just been elections. The Sweden Democrats, who are basically a bunch of fascists and racists, have never had so much power. 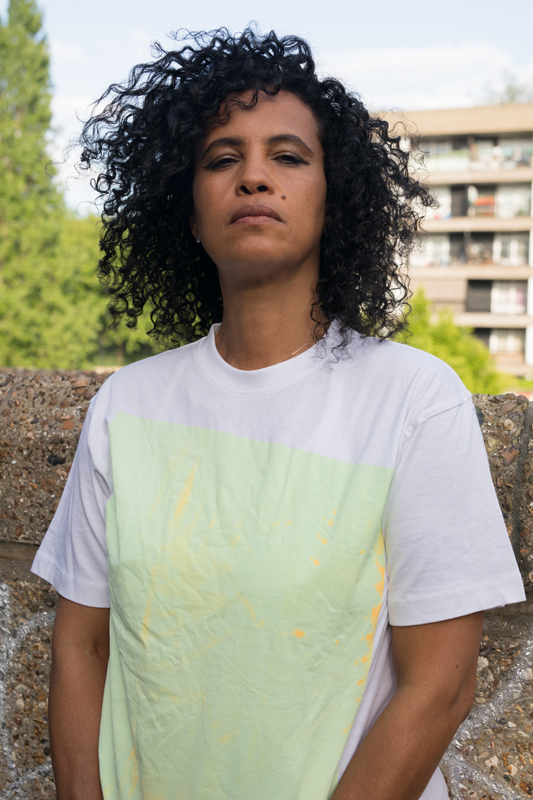 Your new tracks have something of the protest song about them. And in truth you star ted your career with very politically engaged songs, long before 7 Seconds or Woman.
This album reflects my history. I have absolutely no problem looking back, and in my concerts I don’t hesitate to play my old songs. Quite the contrary – it feels great to be transporting your whole history with you. There are many similarities and connections between this album and my second one, Homebrew, perhaps even more than with my first disc, Raw Like Sushi.

“I need to be alone and to feel free to play with the words. I go into an extreme flux of consciousness, and that’s when I sing the most interesting things.”

Listening to Broken Politics is a very intimate experience. How do you establish this proximity with your audience?
I’ve been working for many years now with my husband, Cameron McVey. No one knows me better than him. And it’s no doubt our proximity that offers the best conditions for this intimacy to come out. Sometimes I write alone, sometimes with him. I write one verse, he writes the next... To get to what I want to say, I need to be alone and to feel free to play with the words. I go into an extreme flux of consciousness, and that’s when I sing the most interesting things. Things that I never manage to sing again afterwards, or at any rate never quite like that. In fact Cameron and I have taken to recording me with an iPhone when that happens. On the track Faster Than the Truth, for example, we kept the take that was done with the iPhone, because I never managed to do it again in the studio!

How does it work with your producer, Four Tet, alias Kieran Hebden?
We sent him all the demos by e-mail. Kieran was at a wedding in Los Angeles and I think he listened to it all in the plane on the way back to England. It’s funny to see how Kieran easily sees through me. When I’m working I’m so concentrated that I completely lose myself. But Kieran is capable of immediately transforming all of that into a clear story. I wanted the album to be more peaceful and meditative than the previous one, and he got it straight away. The sound is more organic and it makes direct reference to my background and my stepfather [the jazz musician Don Cherry]. At the same time Kieran was working on his own album, where he developed the idea of leaving more and more room for silence. This spirit of silence also haunts Broken Politics.