Avant-gardist and nostalgic for punk culture, Ssion is a hot ticket in today’s underground pop scene. Passionate about art directing music videos, the Kentucky born artist has also worked for notable musicians including Kylie Minogue, Gossip and Peaches. After a 7-year absence, he’s back in the spotlight with a new album entitled O. 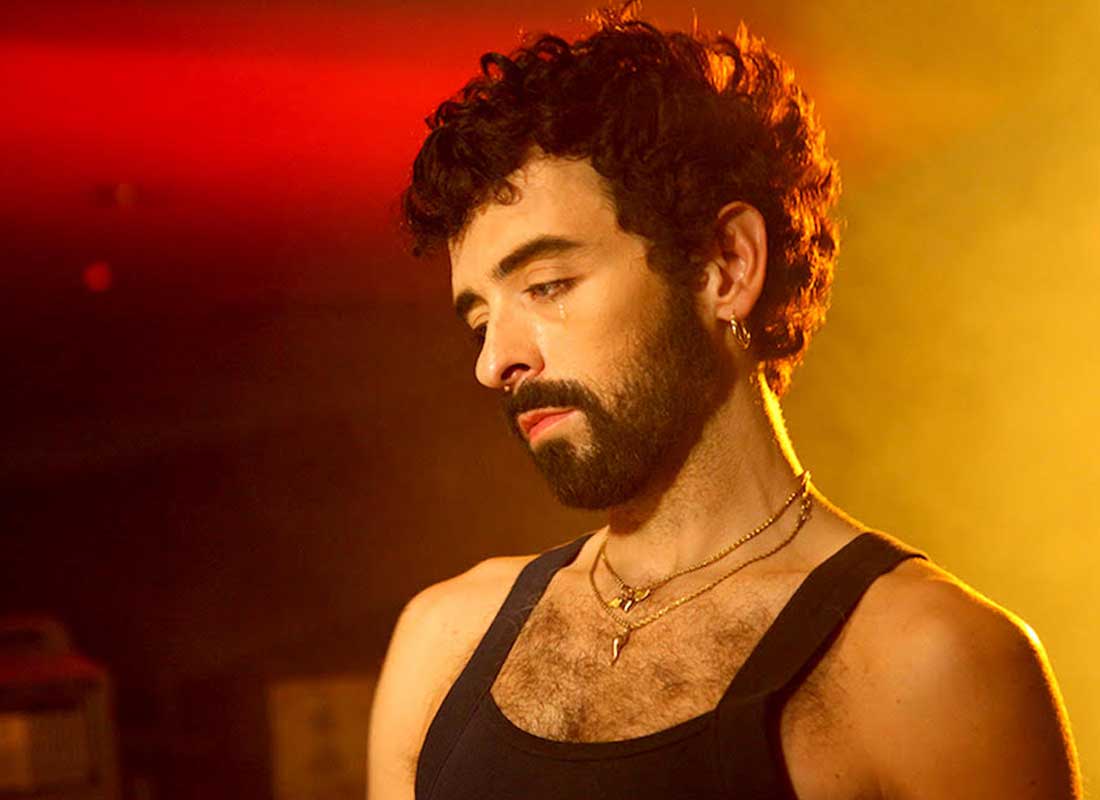 At the core of this young generation that wants to be as fluid as they are innovative,there are a good many artists who constantly reinvent themselves, like in a video game simulating life where every career choice is but one click away. Like a character from Sims, the exuberant Cody Critcheloe, alias Ssion (pronounced “shun”), lives in a world that doesn’t belong to him. He disguises, directs and expresses himself in his own special way, caught somewhere between performance, music and video montage. Emanating from the post-grunge era, Ssion is surfing the DIY pop wave with a creative project that started in 2003, and originally belonged to an unpretentious alternative punk band. But his creative field has increased tenfold since. From the Yeah Yeah Yeahs record cover for Fever to Tell to Kylie Minogue’s Sexercize video and Robyn’s Love Is Free, these days the American artist’s signature is everywhere. Now, after having sporadically released various albums and mixtapes, Ssion is back on the music scene with a new album 0, out on May 11th.

A native of Kansas City, Ssion grew up in a free, open environment and welcomed the advent of the internet with jubilation. It became his tool. Rocked to sleep by the frenetic hits of Iggy Pop and the new wave of the B-52s, he fell in with that 1990s current of bedroom producers, that slew of budding electro musicians composing for themselves. He produced several opuses that struggled to garner attention, like the electro-punk oeuvre Fucked Into Oblivion released in 1999. Just as the Backstreet Boys and Ricky Martin were busy perpetuating the American dream, the self-taught musician went unnoticed. On the Version City Records label, he released a first official album Opportunity Bless My Soul, which once again missed its audience. Determined to see himself on the list of hot millennials to follow, Ssion forged on into unknown territory with Fool's Gold, a kitsch pop album that veered dramatically away from his typical discography. Wanting to create added visual value to his little gem, he made the film Boy, financed by Grand Arts, a non-profit art gallery in Kanas City. With no actual script to speak of, the film is a series of video clips derived from the tracks on the album. Avant-garde? It probably is, considering how the world went mad for Beyoncé’s Lemonade. As for Ssion, his film was seen as “the punk-rock gay equivalent of Forrest Gump”. A first, if modest, recognition.

He hones his image as an unclassifiable artist, seducing the digital community with a mise-en-scene that resembles a burlesque cabaret.

Brown curls, jewellery and make-up, a touching gaze… Ssion hones him image as an unclassifiable artist, seducing the digital community with a mise-en-scene that resembles a burlesque cabaret. In 2011 his career finally started to boom. Under a new label (Dovecote Records) he delivered Bent, an electroclash opus composed of 16 tracks celebrating femininity, festivities and homosexuality, and the release was accompanied by a live performance over three days at MoMA PS1 in New York. The tracks Li$ten 2 The Grrrls, Psy-Chic, Earthquake, follow each other at a frantic pace. Thanks to the magic of social networks, the album began to resonate internationally. Ssion started to surround himself with the most influential artists on the underground scene and was booked as support act for the North American tours of the Yeah Yeah Yeahs, Gossip and Fischerspooner The title track Luvvbazaar was even used in the end credits of the biopic movie King Cobra with James Franco and Garrett Clayton released in 2016. A much-deserved bouquet after a slow but inexorable rise.

He abandoned recording studios for making videos where he developed an unquestionable mastery.

Ever faithful to his taste for zapping, Ssion eclipsed and abandoned recording studiosfor the making of videos. With the explicit - and appropriately titled - Comeback he made his comeback to the forefront of the scene, accompanied by a crazy yet carefully concocted video of him cavorting like a child, his body and face made up like cow skin. Similar to the style of Charli XCX, the track unfolds with a catch chorus. “I always knew you would come back to me”, he sings. Is he talking about music itself? If yes, then it looks like the reunion will continue. His indie pop collaboration with Ariel Pink on At Least the Sky is Blue announces the colour of things to come: his new 0 album is already being projected as an eclectic catalogue of all the musical facets Ssion interprets. In his spectral and glamourous video, he dresses up as Liza Minnelli, alongside Ariel Pink who slips into the skin of the iconic Liz Taylor, to evoke the satisfaction procured from ingesting a diet Coke and ketamine. Enjoy this natural provocateur next month too with a flurry of future collaborations with the likes of Sky Ferreira, Róisín Murphy and MNDR.

O, by Ssion, is now available.