The 6 new photography talents to watch from Unseen Amsterdam

At the end of September the world of contemporary photography convened for the seventh edition of Unseen Amsterdam. Kenta Cobayashi’s futurist compositions rub shoulders with Jaakko Kahilaniemi’s ravaged landscapes….Reporting from the Netherlands, a look at emerging photographic talent. 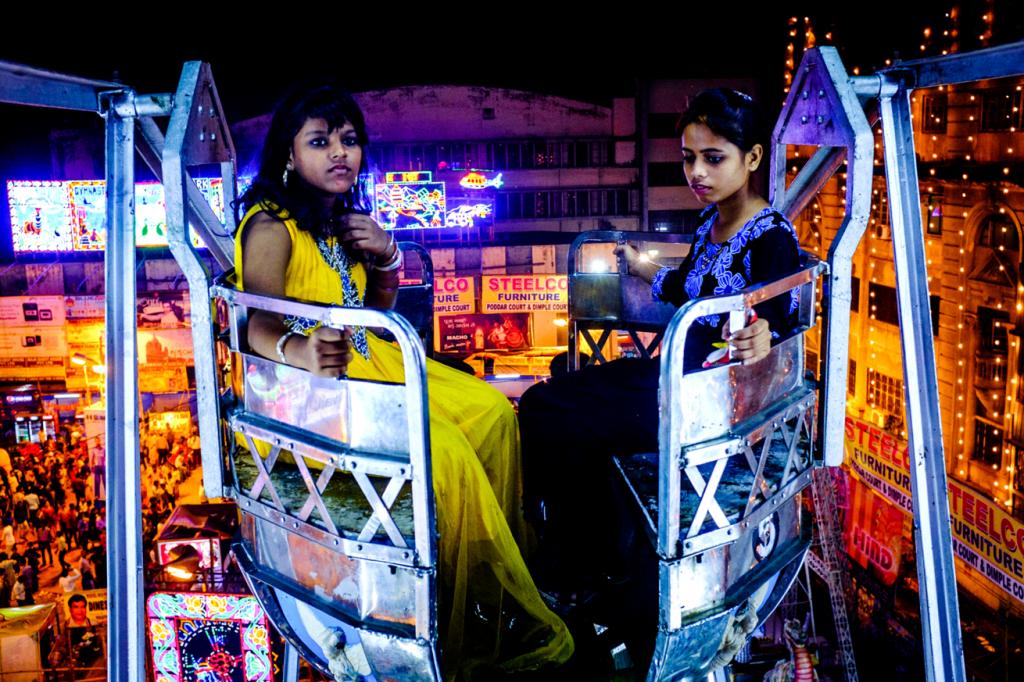 “Untitled”, from the series “Will my manequin be at home when I return”, Arko Datto.

1. Arko Datto and the Phosphorescent Gloom of Calcutta (East Wing)

“Just sumptuous, aren’t they? The artist is just over there, you must meet him!” Arko Datto’s semi-phosphorescent nocturnes have drawn unanimous praise. Inspired by the work of American photographer, Michael Ackerman, the Calcutta born artist trains his lens upon the fracture lines of his country. Against the backdrop of high-contrast nights he describes the mutations of the state and the challenges to autocracy emerging in the Hindu community. Part of a trilogy of works begun in 2015 with SnakeFire in Malaysia and Indonesia, his photographic series Will My Mannequin Be Home When I Return, evokes the crepuscular electricity of inky Indian nights. 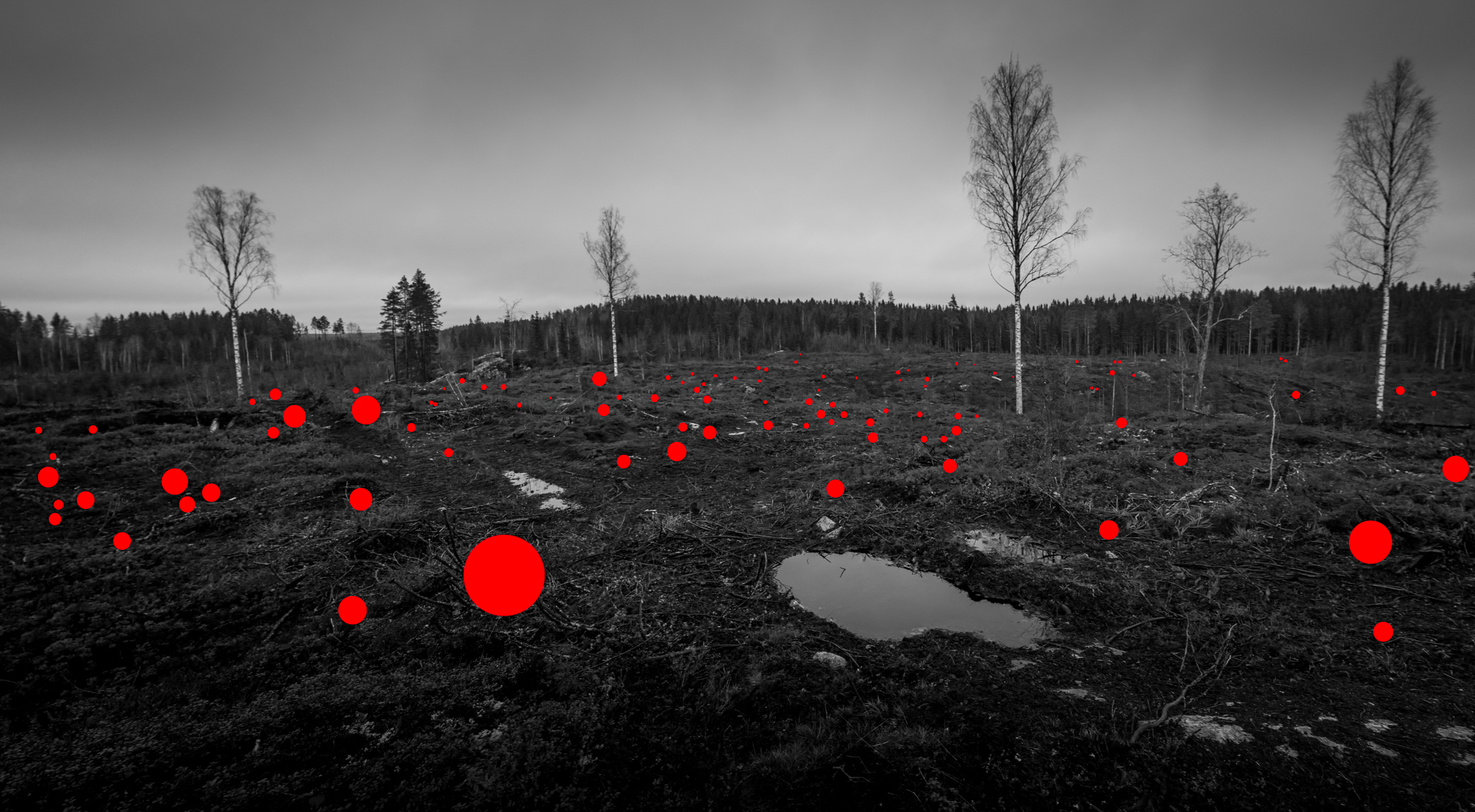 As Jaakko Kahilaniemi appeared on the stage to the call of his name, the whole room erupted in laughter: a giant at over two metres high, he was obliged to stoop some to collect the prize from the hands of Erik Van Den Eyden. A full foot shorter, the director of the Belgian wing of financial institution ING (sponsors of the prize) also found the situation rather amusing. As moved as he was surprised by the turn of events, the Helsinki native of barely thirty years had nonetheless understood how to convince the jury of the ING Unseen Talent Award, who award a cheque worth 10,000 euro to the best of five finalists. His series, Nature Like Capital, with its stripped forests superposed with hatching or red circles form a visual rally cry to the ecological cause. Stricken landscapes, flayed by the hand of man that transforms nature into a murder scene. 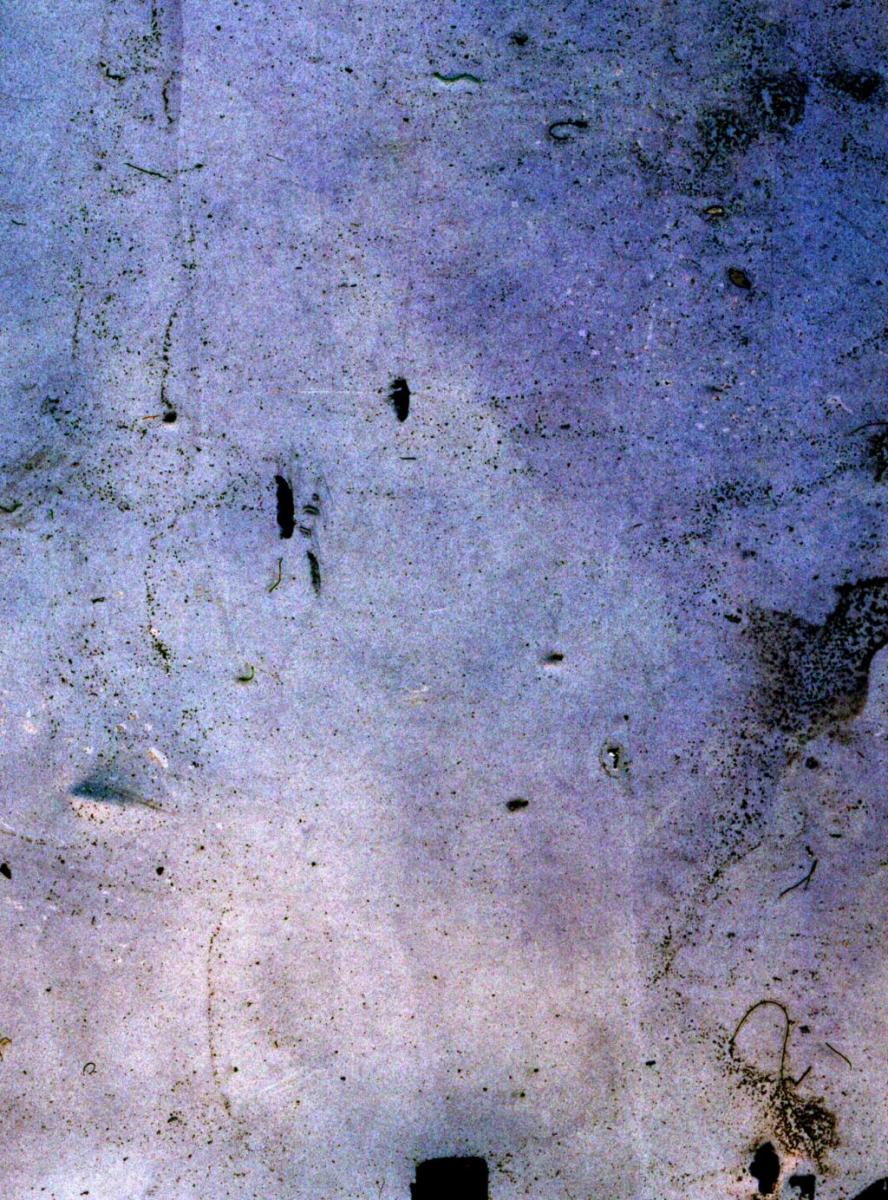 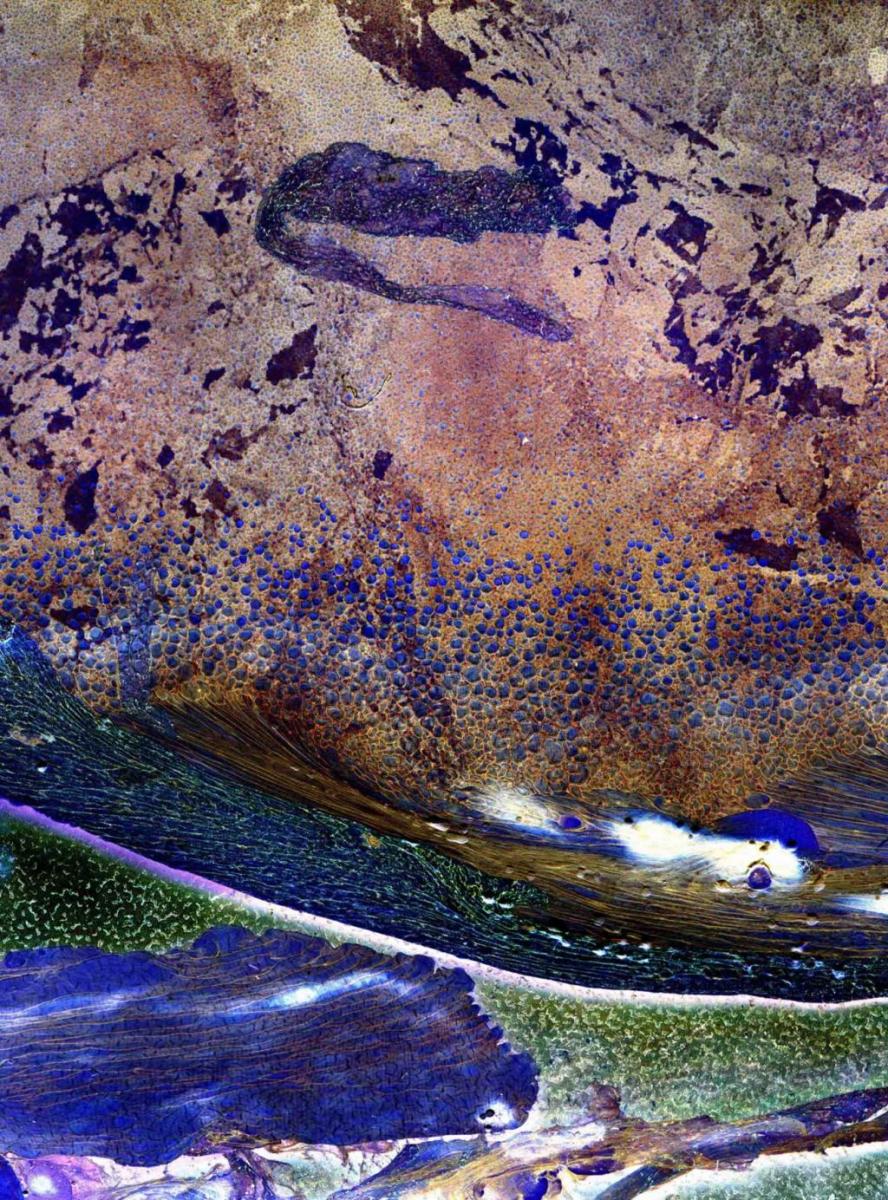 3. Daisuke Yokota, the alchemist of the image (G/P Gallery)

Daisuke Yokota of Japan harnesses the agency of photographic “accidents”. In the first instance upon releasing the shutter and isolating individuals, trapping them with the frame. Then he reworks the images with a forensic fervour. Yokota photographs his photographs, modifying the tones and transparencies using X-rays and chemical solutions. Upon completion he recaptures the results digitally. In so doing, the artist exposes details that while utterly artificial, question the very notion of materiality. Spiritual progeny perhaps of Daidō Moriyama, the photographer casts naked men into nothingness, levitations performed in the belly of a black hole. The latent eroticism of his photography is linked to the transformation of individuals into simple and anonymous silhouettes, as equally abstract as their surrounding landscapes of pulverized forms and colours. 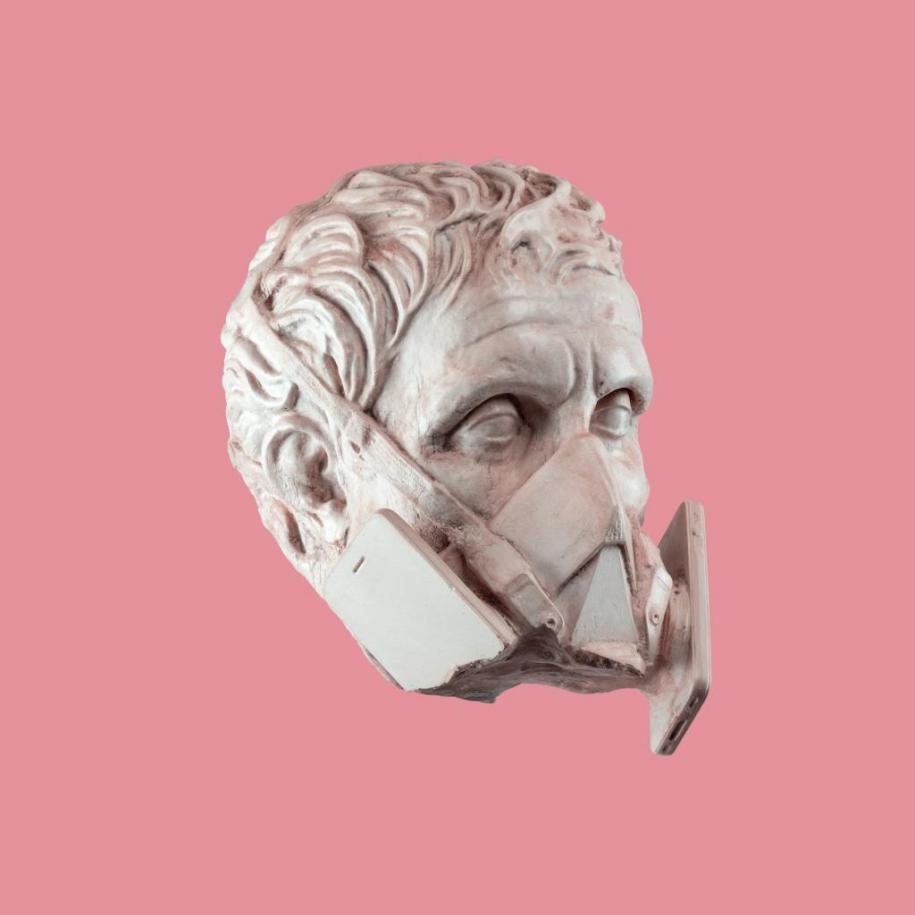 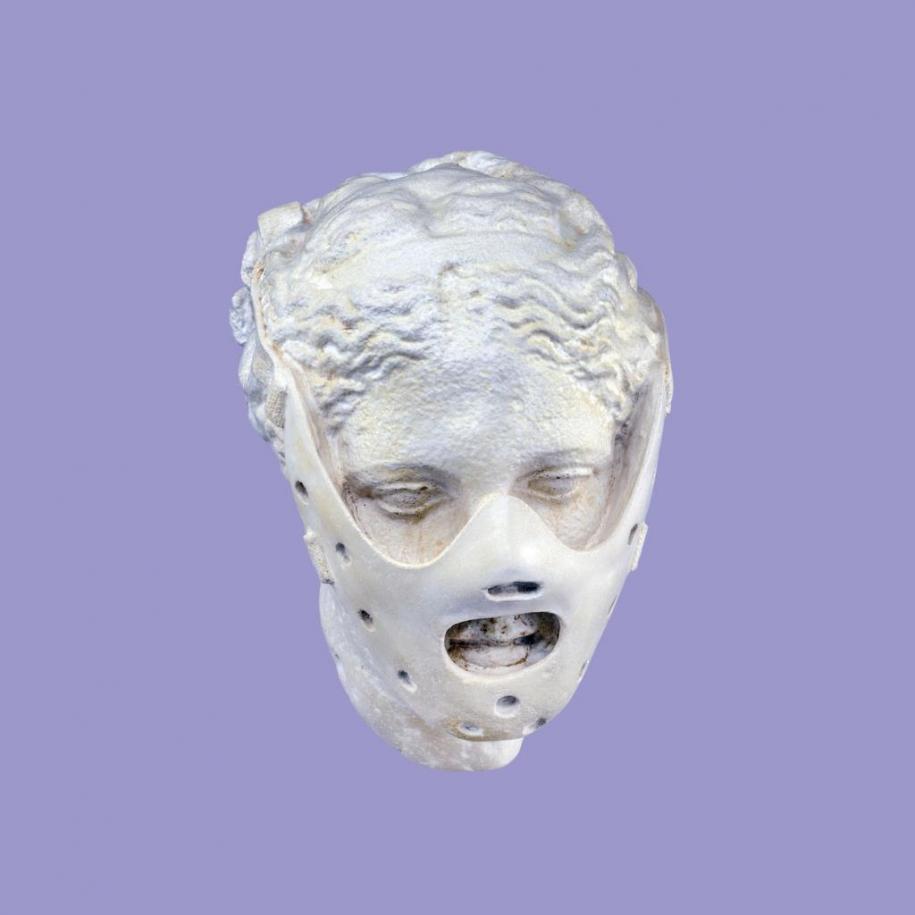 Swiss photographer Micha Cattaui is based in Greece, where he draws inspiration from the interactions between pop culture and the Hellenic civilisation with his images of cement sculptures. Socrates hides his face beneath the mask of Hannibal Lecter – Thomas Harris’ ultra-refined psychopath – and the denizens of Olympus assume the form of contemporary demigods among whom Batman assumes a central position. With this metamorphosis of the pillars of philosophy and icons of antiquity, Micha Cattaui squarely opposes himself to mass consumption – not without anachronism– in a sarcastic disavowal of the progressive turning away from ancestral culture apparent in the younger generations. 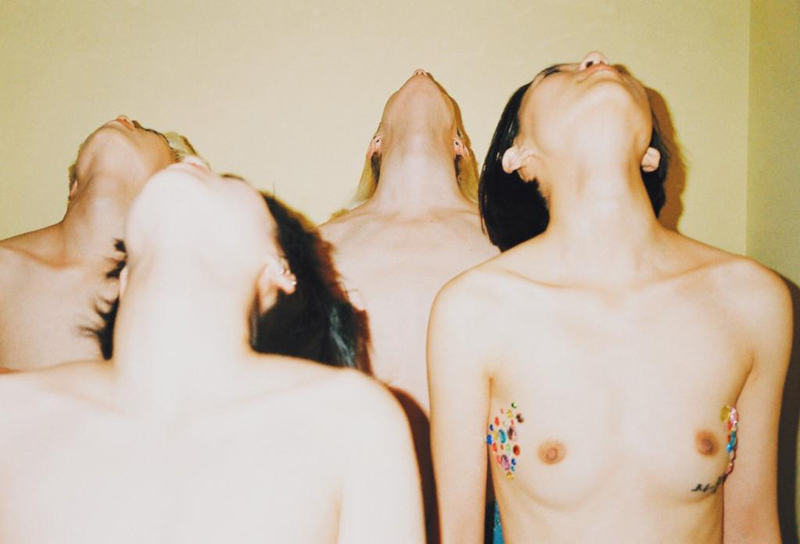 The Chinese photographer Lin Zhipeng trades in an eroticism that’s both poetic and precarious. Under the pseudonym 223, he delicately dares and reveals with a reserve, in pursuit of a lyrical voyeurism. Ambiguous frames – nudes for the most part – carry a cinematographic quality that draw upon the visions of Hong Kong filmmaker Wong Kar-wai. Lin Zhipeng weaves an Ariadnean thread through the dimensions of time and youth in photographs that are touched with the wry candour of an insouciant hedonism. 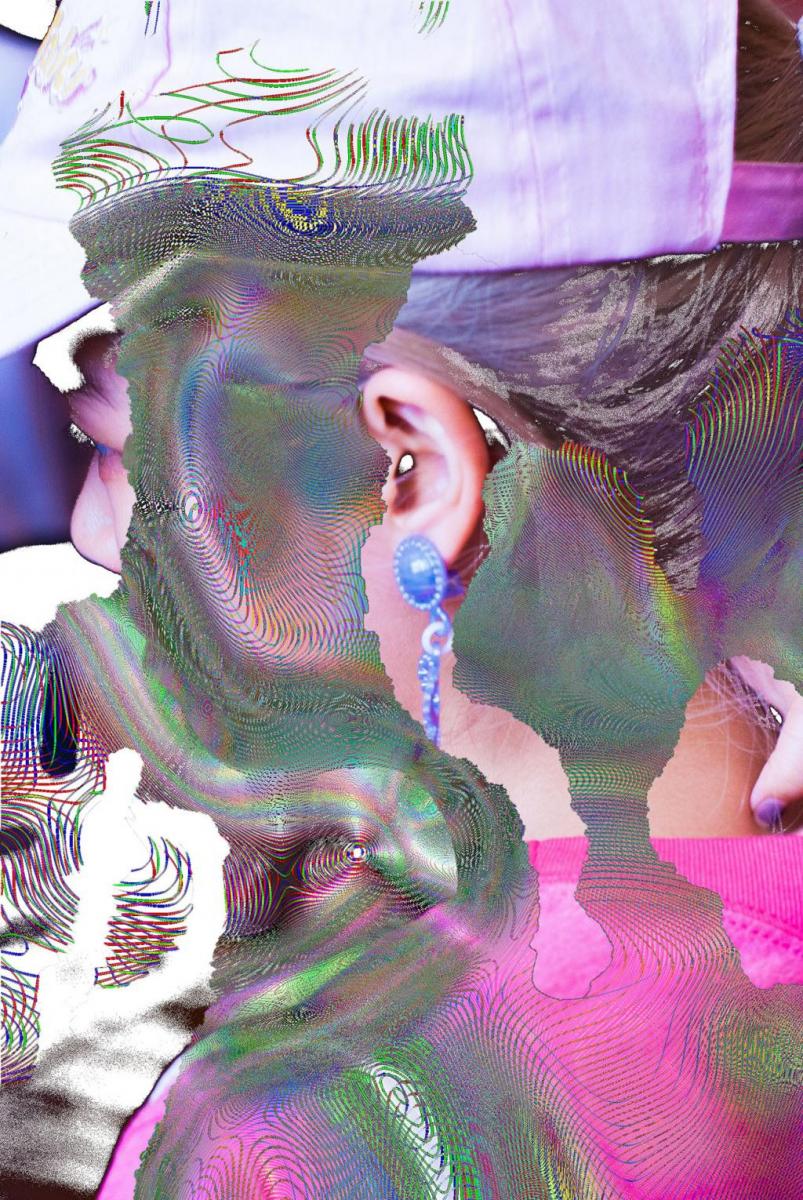 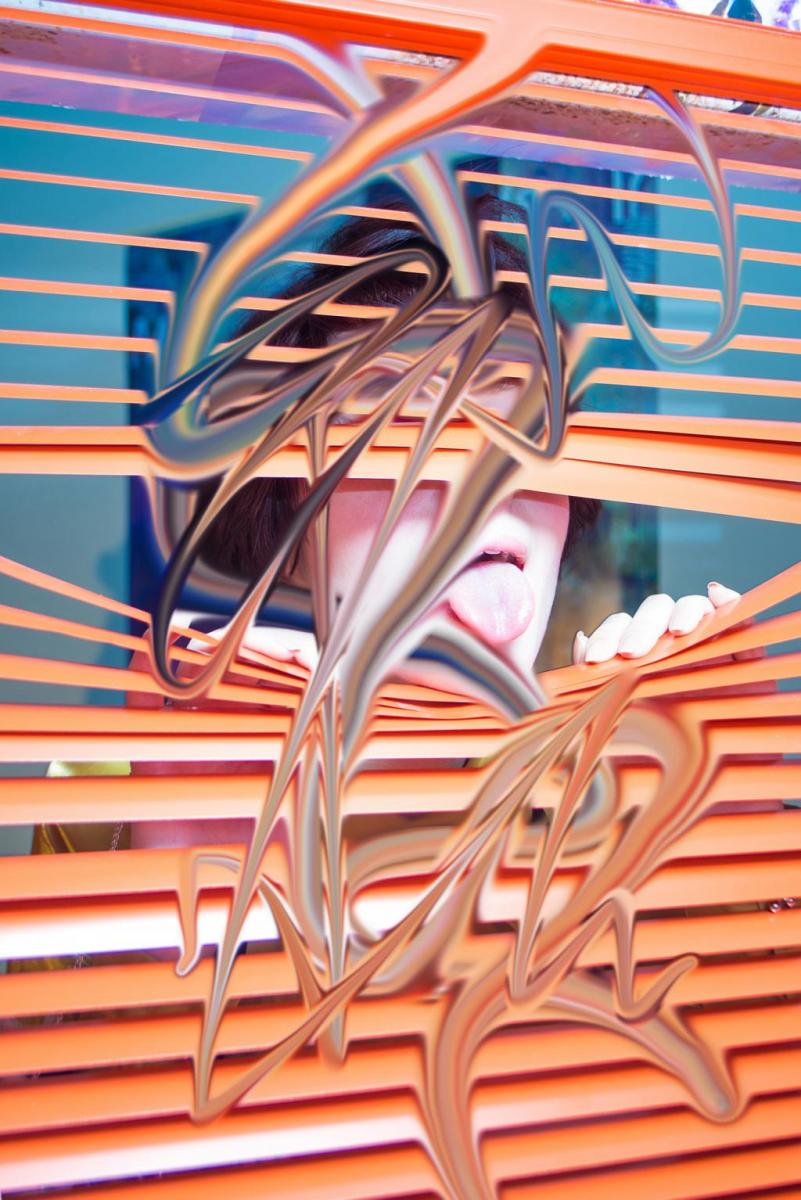 Kenta Coboyashi is a child of the Photoshop generation. Her photography takes a frontal approach to editing and retouching, no less a paroxysm of visual plastic surgery that can’t help but invite new perspectives on the image. The Japanese photographer’s images can be considered photography but could also be considered otherwise for the extent to which they are reworked through multiple auxiliary programmes and processes. This “digital native” firmly places her finger on the reticence of her elders in the face of technological innovations. Kenta Cobayashi generates visions of a future that she labels with hashtags, fracturing reality and superimposing fingerprints upon faces that replace smartphone icons. Kenta Cobayashi explores the digital world with a subtlety that peers at the hypothetical built-in obsolescence of photography through its very own lens.